Exclusive Interview With Bobs Gannaway And Ferrell Barron From Planes: Fire And Rescue

Sitting down with Bobs Gannaway And Ferrell Barron and talking about Planes: Fire and Rescue was a real treat! I’m so happy that I get to talk about it today because it’s Plane’s Fire and Rescue Friday! That means that I get to share another behind-the-scenes experience from my recent trip to LA.

My pictures aren’t the GREATEST for this post… but it was because they were taken in a dark theatre after screening the movie. APOLOGIES! Either way,  Bobs Gannaway (Director) and Ferrel Barron (Producer) were both gracious enough to open about about what it was like to work on their newest Disney animation!

The overarching theme of the entire trip was nervous anticipation. Every single time we sat down with a member of the crew, they started off by saying how NERVOUS they were to meet the “mom blog” group which would simply crack us up. WHAT? WHY?

These two were no different. But after a few laughs we got down to animated business. 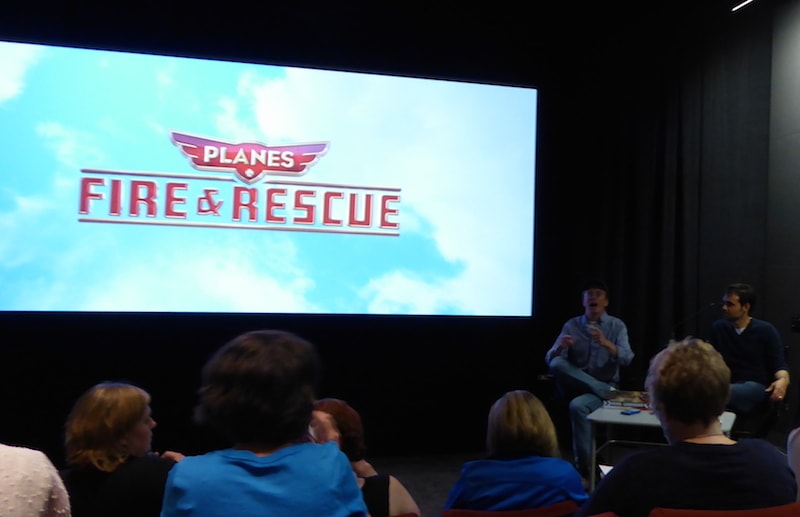 Exclusive Interview With Bobs Gannaway And Ferrell Barron From Planes: Fire And Rescue

I don’t want to give away the entire storyline, but Dusty and Dipper sort of have a thing. Well, almost. I guess they have a thing in Dipper’s head if that counts for anything. Most Disney stories have “true love” sprinkled all over the script but the Planes series really wasn’t about that, right?

So, how did they play it off? How did Bobs Gannaway and Ferrell Barron incorporate some of that original Disney magic while still staying true to what Planes is really about? Bobs Gannaway explain:

We were looking at what could we do for a romantic sort of storyline here that’s not derivative of the first Film where Dusty facilitated a relationship between two Characters. So, we thought he would have fans and some fans might be super fans and may feel like they already know him. You know, like it happens to celebrities. And so we sort of said, “well let’s take Dipper through the stages of a relationship, you know, and then Dusty never — never reciprocates.

We like to describe her as hopeful, not crazy. Then Julia was awesome to play the part cause she totally ran with it which was cool.

And it’s hilarious. Some of the things that Dipper says to Dusty is really funny. You know, things that a girlfriend would say to a boyfriend… but they aren’t dating. And Dusty is always in the dark and confused. I might have had several of those relationships myself. So… team Dipper! THERE!!! 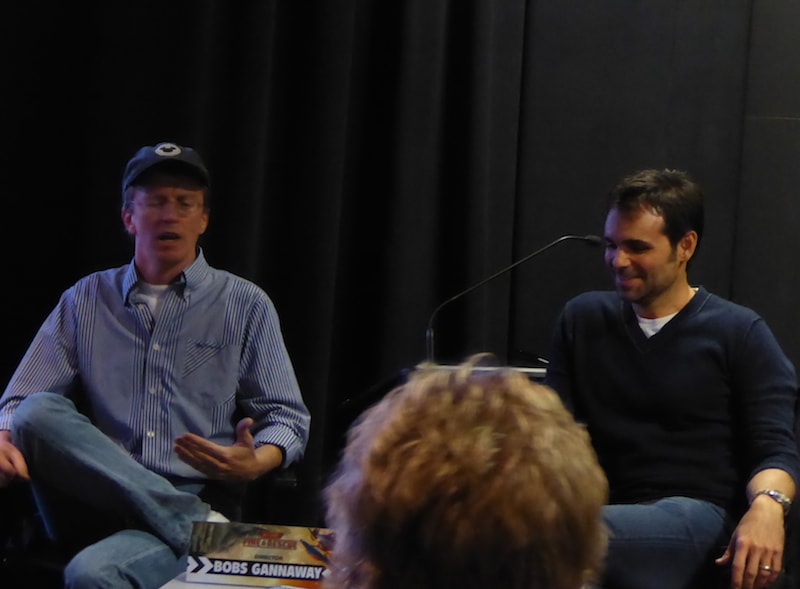 I mentioned before that the team did a LOT of research prior to making the film. Jeff confirmed this by speaking about his time at both Yellowstone and Yosemite.

We spent time at both Yellowstone and Yosemite Parks. You can see there are a lot of Monuments in there that are kind of taken from both. Waterfalls I think from Yosemite. Our Art Director spent a lot of time there obviously, taking a lot of pictures. We met with a lot of Park Rangers who toured us around . Also Old Faithful Inn – our Lodge –  is based on the Old Faithful Inn in Yellowstone. So we got to take a quick trip. It was one of those vacation trips where everyone’s cramped in a car. Griswolds like. Speeding to one location, jump out take pictures, speed to another.

Details matter with Disney we know this!! But did you know that the animation team even took inspiration from the lodge when it came to creating the rocking chairs that are in front of the fireplace in the movie.

Yes! They actually resemble the ones found in Old Faithful Inn. Can you believe that??  Bobs even told us one of the characters is named after actual tour buses found in Yellowstone.

The Old Jammer is the Tour buses that still used today in Glacier National Park in Yellowstone. They’re called Jammers because they would jam the gears and they don’t have, you know, they’re — they’re not Standard anymore. But still they’re called Jammers

So Jammers name is based on a historical vehicle and so someone might pick up on that. If they don’t, it’s all right. Boat Reynolds appears there. Any idea where that guy came from? Anybody? That came from research. We were driving through Yellowstone and there was a sign that said Boat Rentals. And I went, Oh Look, Boat Rental, Boat Reynolds.

So I thought Oh, that would be a cool little homage to him, just sort of put his Railway Station, connect it, so you know, little things like that that nobody will ever pick up on.

Gave you a few nuggets there people!!! Look out for them! 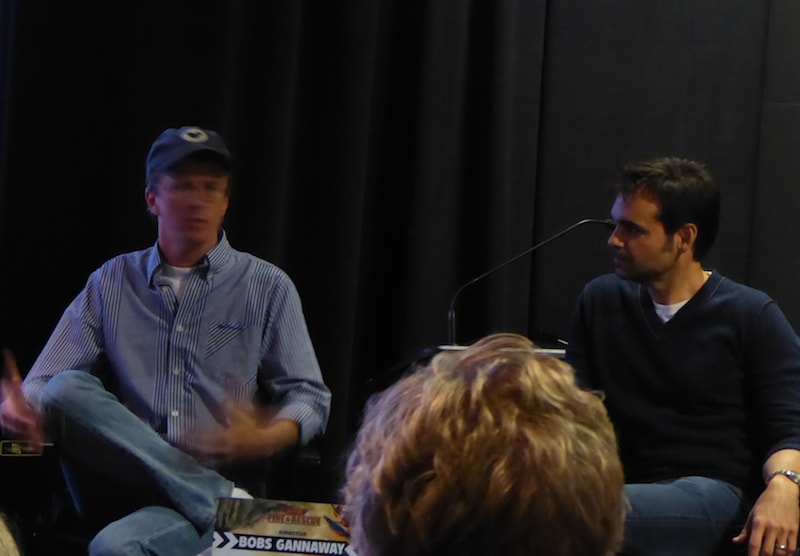 The Disney team brought on a lot of experts to assist with the authenticity of the film. But of course, after meeting Fire fighters, smoke jumpers and helicopter pilots… they become your friends.

All the people we met, the Fire Fighters are everything you think they are. They were — they were amazing, giving, caring, courageous people, so charming, and so giving with their time and — and wanting to help. It was really a wonderful experience and they’ve become friends of ours now so I think-

Because of that, we really took this Movie to heart. We really put it on our shoulders and we wanted to tell a story that really paid a tribute and gave homage to Fire Fighters. Again, we saw the Tribute at the beginning of the movie to fire fighters around the world cause there really. You know, you look even in live action, there’s, you can count on one hand really how many Fire Fighter movies there are. Certainly none in animation.

So they were all so honored to — to be talking with us and being a part of the film, helping tell their story. That was the biggest goal. Not only for kids and parents but we wanted to make the story for them. That’s been the biggest part of this whole project —  just making sure that we’re being, bringing, being truthful and making them proud to watch the movie.

And that’s when I started to cry. UGH! I’m so emotional.

When you watch the fire scenes in Planes: Fire and Rescue, you will notice how amazing the animation is. The team noted how very DENSE it all was storage wise.

It was actually one of the hardest things to create. The group asked how long it took them to lock it down. Producer Ferrell Barron noted:

Years and years and years. There’s a lot of footage. Cal Fire provided us with a lot of great footage. This was probably the biggest undertaking we’ve ever tried here to Disney Studios was — was this FX Movie. 53% of our movie has fire, smoke, and water. So when Bobs first pitched this to John Lasseter and he saw that first image, they knew we had call R&D Research and Development right away to get on the fire.

It’s essentially a character. So you want to be sure you’re developing this character that it looks real. He was very specific. He wanted it to look real and not fake. So that was our first thing. It’s one of the most difficult things you can do. It takes a lot of time to get it right and then it– It can also bog things down because it’s so heavy. I mean, you’re dealing with zeros and ones, it’s all Computer generated. And it’s very heavy. So we had to first build a fire that looked real, um, but it had to be a fire that was also sustainable through the course of production and wouldn’t lock us down. So that — that was two tasks. It had to look right and be sure that we could actually produce it for over 600 shots.

The shots become very dense. There’s about 2 and a half million trees populating the Park I think. You know, and your shots get really dense and you light them all on fire and it becomes a very complicated thing to produce and render and all of the things that you have to do to get it on the screen.

Amazing, right? Who thinks about these things? I’m not watching a movie thinking about how long it took the animators to make the FIRE. I don’t even think about the fire.

The fire just IS. But no – it took the team almost 2 years to perfect that main character. WOW – I loved hearing that story.

Such a great time with both Bobs Gannaway and Ferrell Barron(and with the rest of the people I met while on that press trip). I cannot WAIT to take my children to see this movie. We have a birthday party invitation already in PLACE. So we are counting down the DAYS until we go as a family. WOO HOO 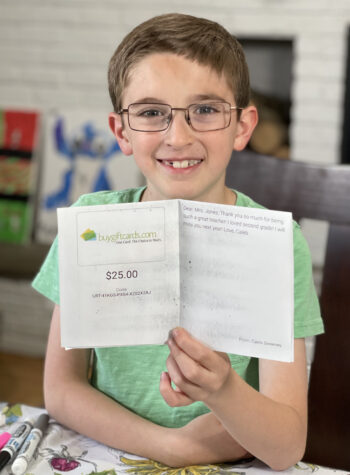 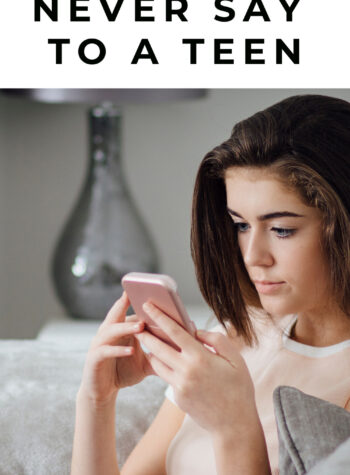 8 Things You Should Stop Saying To Your Teenager