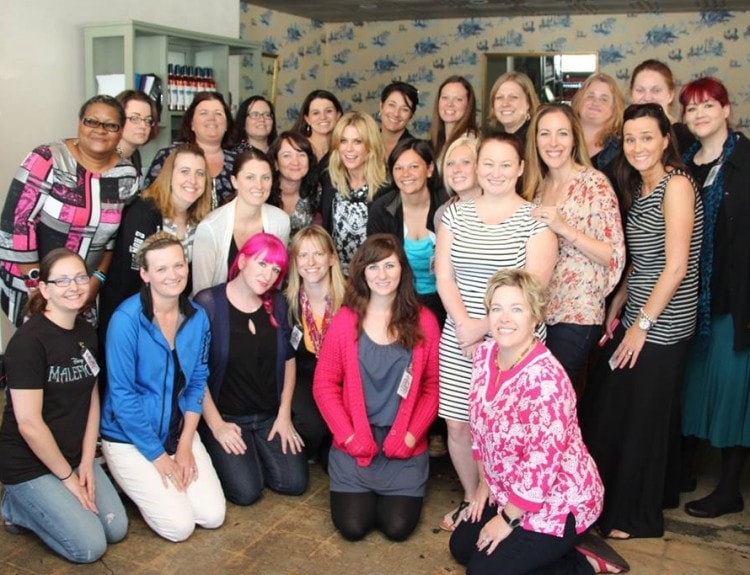 Woo Hoo! It’s Friday people! That means I get to share another fun story from my trip to LA with the Disney company. While out West, I had the opportunity to interview the incredible Julie Bowen who voiced Dipper in Planes: Fire and Rescue. She was ah-mazing. So much fun and SO full of energy. WOW!

We all wanted to know whether or not it was her first time playing an animated character. Because if you see the film, you will FEEL like she was BORN to do it!

For a movie, yes.  I did a couple little quickie thing – cheap & dirty. I did some work for Scooby-Doo because my kids never watch Modern Family. They like the voice thing.  So, when I got an opportunity to do this, I went for it. I saw how much mileage I got off of Scooby-Doo.  I couldn’t believe how much mileage I got from them.  They were like worshipping me.

I’m genuinely excited to show off to my children.

What was the main difference between animation and Modern Family?

They were so different.  I am not a trained voice actor.  I’m keenly aware of my weaknesses. It’s just your voice, and if you aren’t getting across clearly, the humor, the message, the real sentiment, you can’t deny it.  You can’t go like, yeah, but she looks really great in that shot. Or your hair looks nice, so maybe no one will notice.

I was keenly aware of it.  Luckily they are perfectionists and they are so pro that they very quickly figured out that the best way to work with me was just let me go.  And then some poor editor had to sit somewhere going, oh my god.  I mean I was leaping around, swearing.  The original Dipper had quite a mouth on her.  To get to the sassiness of the way that she thinks, I kind of needed to spout some garbage.

How was it like while voicing the Planes:Fires and Rescue? Was Julie always alone? Or did she engage with actors?

I was always by myself.  When I did Scooby-Doo, it was in a room with a bunch of people.  But, but those are serialized.  You know, it’s weekly or however they do it.  So they’ve got a much faster production piece.  I don’t think you can afford to bring one person in at a time.  No, I was completely alone for Planes.  Luckily, Dane Cook, I mean all theirs was done.  It was completely done.  So I could hear him, I could hear Ed Harris, I could hear everybody else. 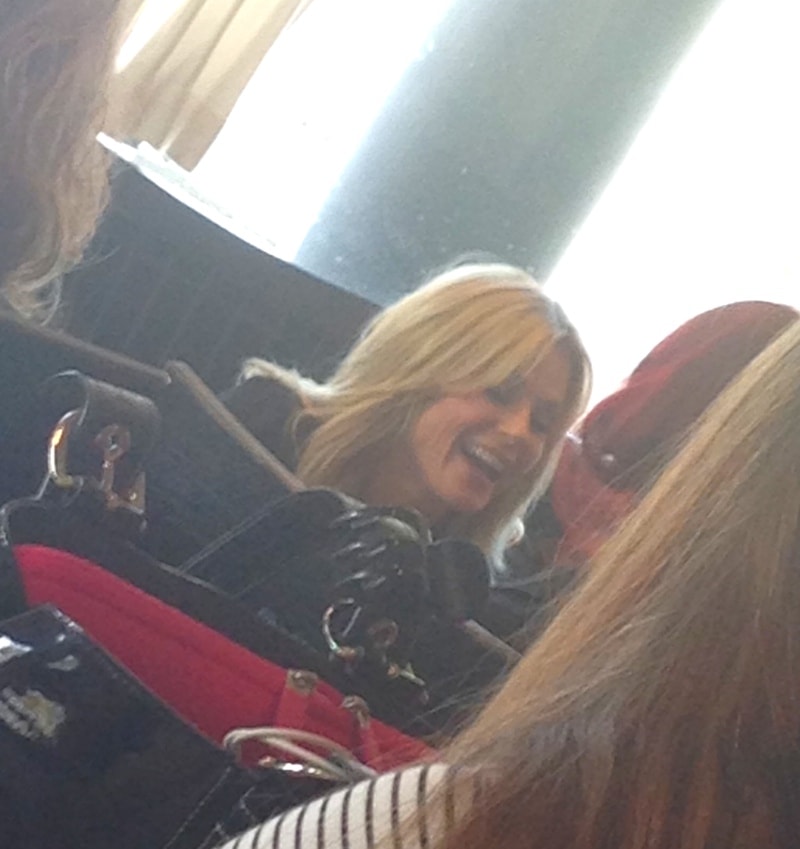 Poor Dipper was just looking for love! What did Julie think about that whole scenario?

Oh yeah. I’m not super great at joke telling or reading a line, Usually I have to lay the pipe a bit. That’s the person who gives you the story.  They’re like, you know, Luke has the flu and Alex is here, and then Phil gets to go, oh…and my butt is frozen.  Or whatever the funny line is.

Everybody else for the most part, were laying pipe and I had to come in with exactly this romance in my head.  So really the possibilities were endless because they weren’t necessarily a hundred percent connected to what was going on.

How intensive was the process for the animators compared to Julie’s work on Modern Family?

This was so great and short. Even though I sweat a lot and get really anxious whenever I had to go in, I didn’t have to go in that many times.  I think because Bob was so great and they just let me go, instead of trying to get the line.  Stop.  Let’s get the line.  They just were like, just do whatever you want and we’ll tell you if we need something else.  So they had a lot more material probably than they needed.

Modern Family is a process, but I’ve been doing TV for a long time so you’re getting there six a.m. and somebody makes you look like, you know, a much better version of you.

By the time you get to the stage at seven thirty in the morning it’s been hours and you’re like, it’s like go team.  Um, this was very different.

My kids got to see a preview to Planes: Fire and Rescue on Wednesday and LOVED it — full review on that coming up in a bit!

What a fun event to attend! So looking forward to my first Disney press junket next week! Working on interview questions now! :-)