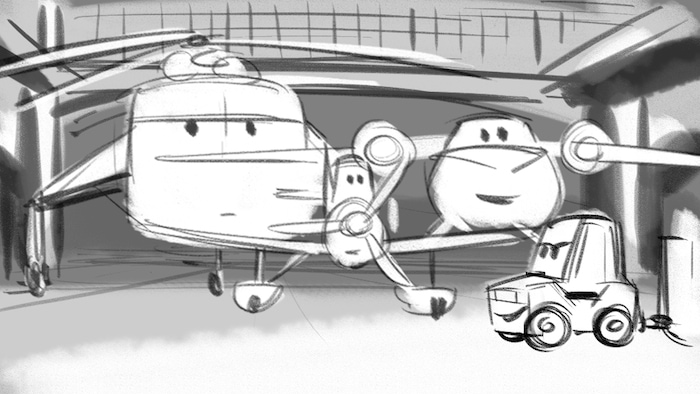 I’m talking about sitting at the edge of my seat / watching with my nails in my mouth / “will they be able to put the fire out in time” filled with suspense kinda thrilled! SO HAPPY. I can’t WAIT to take my kids to see this one once it hits theatres in a few weeks.

But – I’m jumping ahead of myself (as usual). Today, I want to talk about the ART behind the story. The drawings that were sketched that molded the final film. Tens of thousands of frames just like these were created by the animators responsible for the film.

Yes, you read that correctly. Immediately, I asked where they all were? These papers? These drawings! Surely, they don’t throw them away!! Where are the drawings?! I had to know.

And you know what? I was right. They don’t throw them away. Disney archives everything – just in case. You never know when they might need some inspiration for the current film or for a future movie down the line. Brilliant. 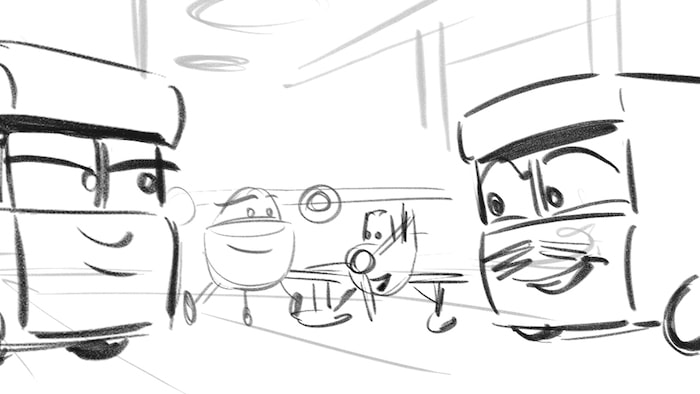 So, how does a full fledged scene come together? First, they start with the basics. They animate the main characters first. So, it would look something like this… just with moving parts.

Then as time progresses, they would add in the details. The most important thing to do is get the bones right: the storyline, the structure. The rest can be added in later. 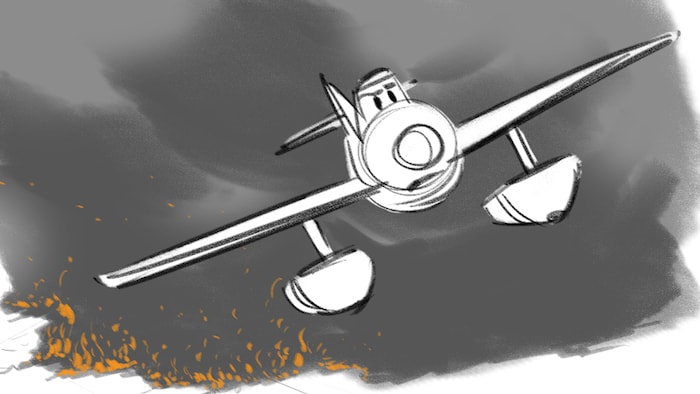 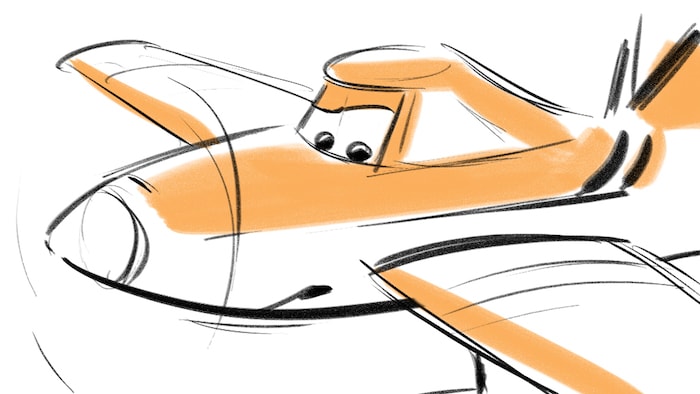 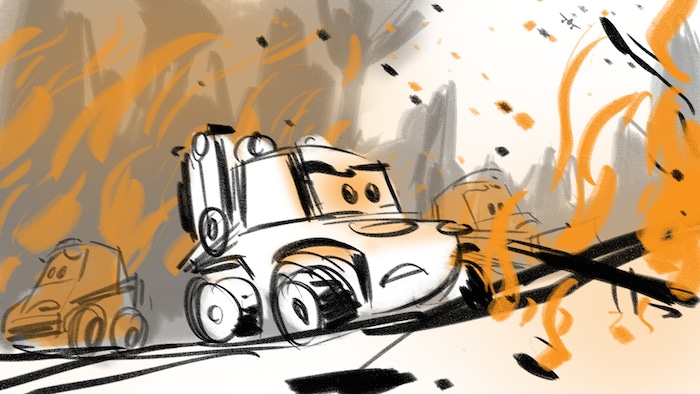 And want to know what the hardest part was to create? The FIRE!! The fire ended up being really HEAVY to capture for the system. I never thought about that. I believe the animators said it took them years to perfect their blaze. 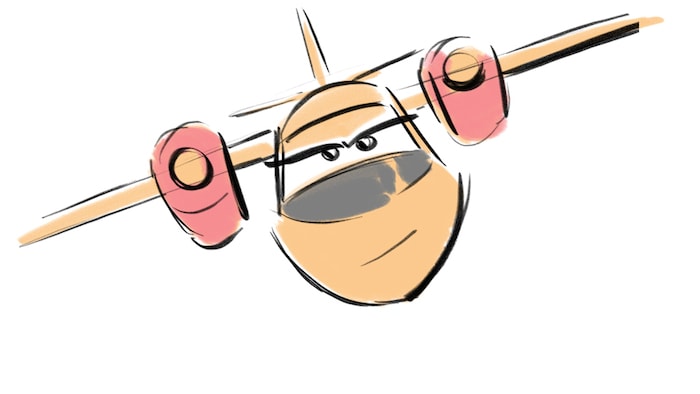 Anyway – we had a chance to sit down and try our own hand at drawing Dipper. 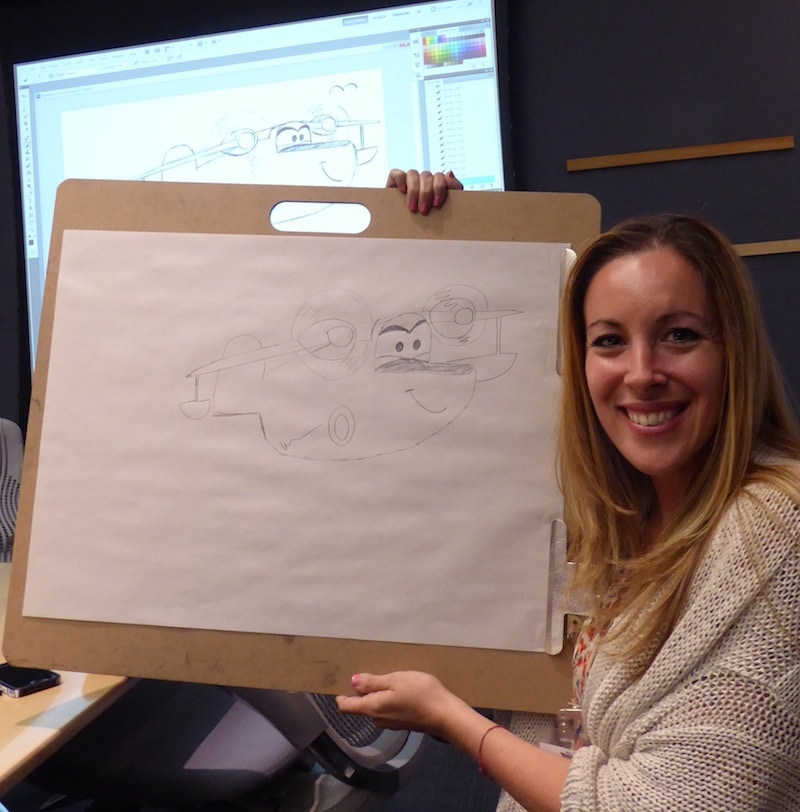 And I don’t want to brag or anything… but come on. That’s some fancy scchmancy stuff right thhhuuurrreeee. Frankly, I was waiting for someone to hire me right on the spot… but it didn’t happen.  I even lingered back a bit as we were leaving to give them one more chance… but again… nothing. 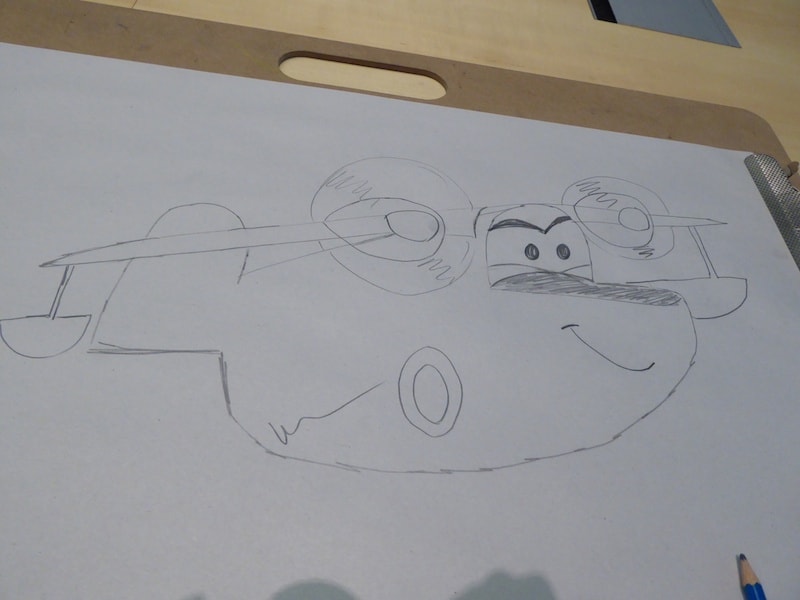 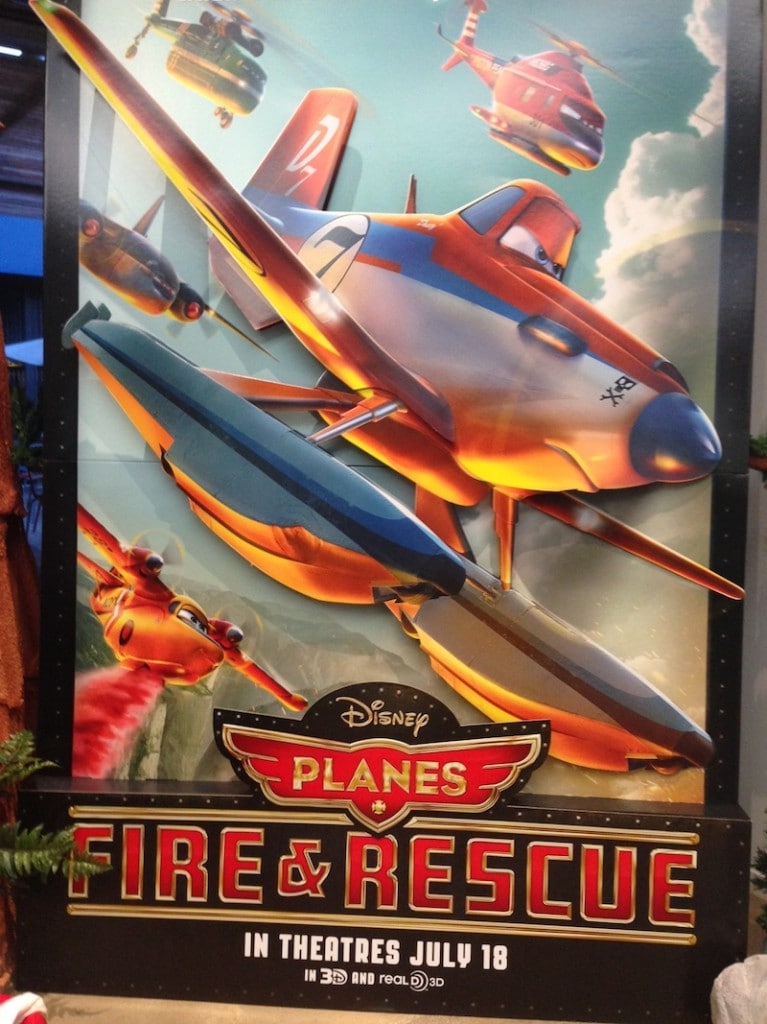 Anyway, there’s still hope for me and my Disney career! Just you wait and see!

Disney’s Planes: Fire and Rescue hits theatres on July 18th. TRUST ME YOU WANT TO SEE THIS ONE. It was SO FUN!  Lots of action. Lots of energy. Your kids will absolutely love it.

* Disney brought me to LA to attend this press junket. All travel accommodations were taken care of. Opinions are my own.