I wasn’t going to write a review of Star Wars: The Rise of Skywalker because I just wanted to go and enjoy the show without having to go back to my house and work for two hours…but I can’t avoid this. I have so much to say and my husband just isn’t into this sort of thing.

And so, I turn to the Internet to release all the things that are inside of me and to express all the words that I need to say about the final Star Wars movie and the way they wrapped the saga that we’ve all grown up with. 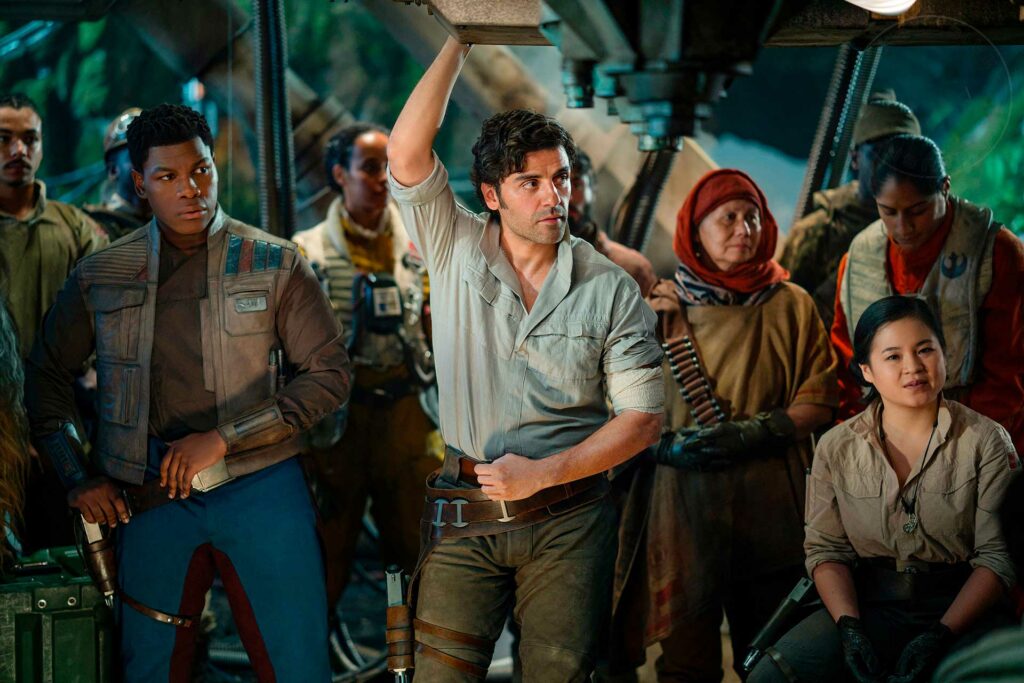 I was born in 1977, just like Star Wars. While I was never a FAN OF ALL FANS like some are online, I do hold an affection for the series because the people within those frames were very much a part of my life growing up.

I’ve seen the first three movies about a thousand times. As a child, Luke and Wookie and Leia were my friends. I wasn’t a Barbie girl – I was more of a  “battling stormtroopers and evildoers” kinda girl.

My cousin and I would head out to the backyard and he would create these elaborate scenarios that I would follow. He would make all the super cool galactical sounds with his mouth and I would just say “pew pew” because that’s all I could do – but it worked and it was amazing.  I truly have such fond memories of those days. 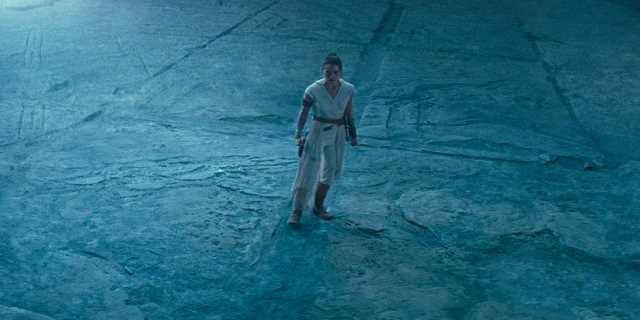 At night, our grandparents would play poker until 2AM and we would fly off into space on an adventure. Sometimes it was Spaceballs – not going to lie. But most times, it was the real thing. So, I needed to see how it all ended. I needed to know how this storybook closed. Maybe I am a true fan after all.

Adam Driver Made Me Cry About 50 Times

Earlier in the day, I started to watch Adam Driver’s movie Marriage on Netflix and literally had to turn it off because it was hitting too close to home for me. Not that I’m getting a divorce, but I saw how simple it was to snowball into something unkind so quickly.

He was subtle and magical. I believed every word and I had never really seen him in anything other than Star Wars. So, I was entranced by his performance.

So much, in fact, that I had to turn it off. I was sobbing. I leaned on my husband and I told him that I hoped that never happened to us. As a child of divorce, maybe I knew how possible it all was.

And so, walking into Star Wars: The Rise of Skywalker, I had a different perspective of Adam than in recent years. I know what you are thinking –> He showed us so much more in The Last Jedi than fighting – this is true.

In the last movie, he did show us that there was good in him and that he had depth and that there was a chance for him… and I believed it all. The Last Jedi gave Adam some room to show his abilities for sure. But not enough.

I knew, in this final Star Wars film,  that we would finally crack open Kylo Ren and I walked in really looking forward to it after the morning I had with Marriage and ScarJo. I prayed that our villain would die a Jedi. And now… I’m crying again – but we will get to that in a minute.

Overall – My Thoughts On Star Wars: The Rise of Skywalker

I heard some buzz that some avid Star Wars fans were NOT happy with this film and I was debating writing this because I work with Disney A LOT but I had to include this fact because WHAT THE HELL IS WRONG WITH THESE PEOPLE? ARE THEY CRAZY?

This movie is everything that it should have been and I am a pretty miserable person who always finds something wrong with ALL THE THINGS. Like I am never happy when I order food – that’s me.

I walked in waiting to be like, “it was OKKKKKKKKKKKK” and instead, I SKIPPED OUT OF THE THEATRE talking to strangers and hugging people.

I do have one slight issue – what the hell did Finn want to tell Rey the entire movie? That he loved her? DId I miss that part? HALP!

The 6 Times I Cried So Hard During Star Wars: The Rise of Skywalker

Let’s play – can Vera get through writing this section without having a mental breakdown. This should be fun. OK! There were so many AMAZING PARTS of this movie that literally brought me to sobbing tears. I was not OK. I had to write them down to let the universe know what a great job the cast and crew did.

One More Note About Ben And Rey

The Ben and Rey kiss was absolutely perfect. I wish they could have ended up together in some way. But war is not easy and their lives were not meant to be simple. But I will say, it was a gift to see Kylo healed and released from his family’s burden. Even if it was just a moment – he lived a free man and he lived a man who was loved by his woman.

Take My Hand Vs. Stop Holding My Hand

I need to make one more note about hands and these movies. When Rogue One came out, I wrote this post about a quote that Rey kept saying over and over again in the movie – Stop Holding my Hand!  Read it if you have a second.

With Ben, he desperately wanted her hand – he kept asking for it. He wanted her by his side, but he wanted it on her terms.

Ben never took Rey’s hand by force. He always asked for it and continued to patiently wait for it. He would have waited all of eternity because that’s how much he loved her and believed in her and her power. That was the difference in the men in Rey’s life. Belief.

And ultimately – that determined who she loved. She loved who believed in her. Find a Ben. 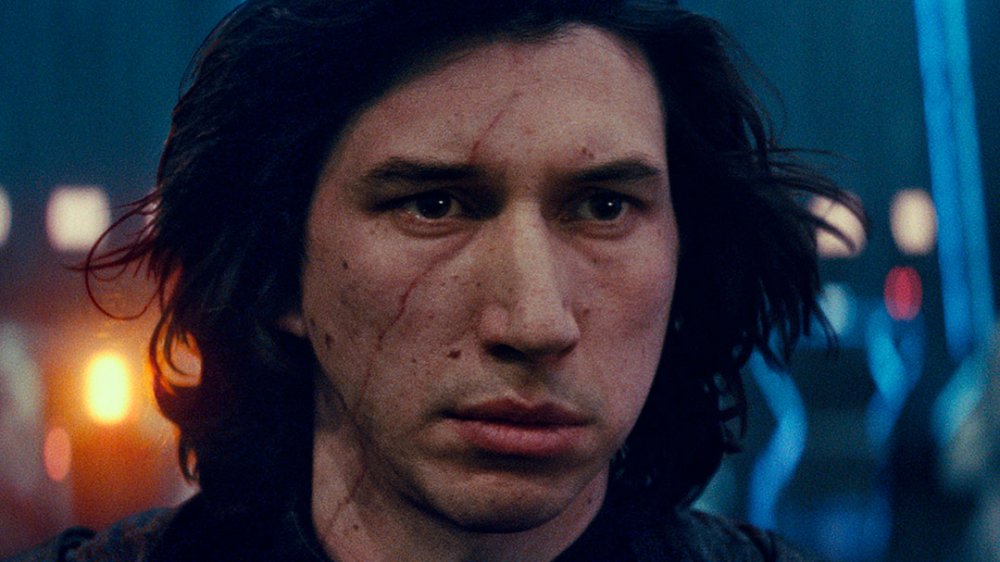 My Star Wars: The Rise of Skywalker Review is simple – go and see it. And you need to see it in the theatre because it is so well done. And then you need to read these things:

I couldn't agree more! I've shipped Reylo since 2016, so at first I was more overjoyed than anything at the Reylo kiss. I was so happy I was right, especially since I'd been laughed at so many times! I saw it again today, and this time I cried. I even teared up reading your post... I have so many conflicted emotions! All in all, ROS had a few weird patches with Jedi lore (the whole Sith science was a little confusing to me), but I loved it so much. One of my favorite SW films ever.

What a perfectly awesome review, Vera. While I didn't bawl even once (My wife did cry at the end!), I absolutely felt my heartstrings tug more than a few times. I think C-3PO's line got me the most though. I honestly don't have anything to add here except to say that in a world soooo full of real hate right now, Star Wars: Rise of Skywalker gave me, well, "hope" that we're all going to be okay again.

I agree with all of this! I loved the movie and cried both sad and happy tears! <3 I was a Reylo addict since the first movie of the trilogy and this just ticked ALLLL my boxes! That group hug at the end, the concept of found family, and Rey's final decision to call herself a Skywalker - that was so, so good. I loved that kiss scene - and HE SMILED! It was perfect, not too drawn out. But I knew he was going to die saving her. It's like Aristotle (?) said - the ending needs to be unexpected but inevitable. I felt like this hit that mark perfectly. And that fight scene in the middle of a churning sea was so powerful. *sigh* I can't wait to see the movie again! Thanks for writing a great review! :)