Feast is going to win an Oscar for best Animated Short. There. I said it. Boom. I’m not kidding. 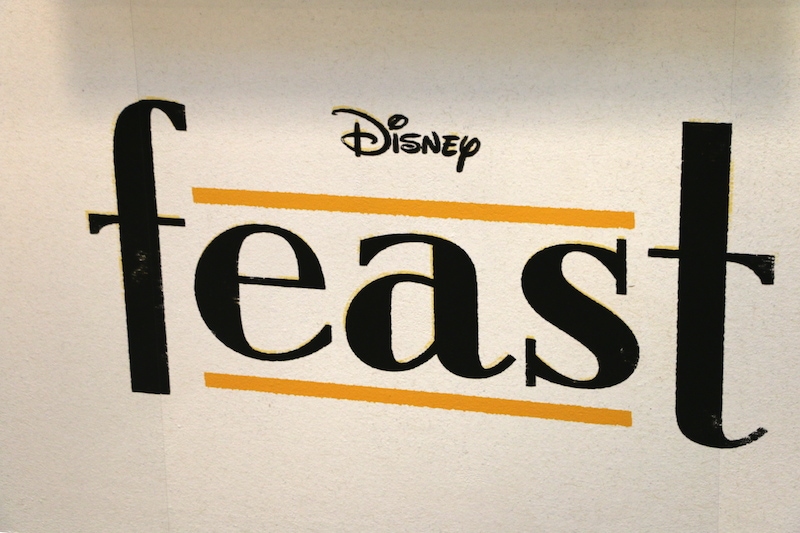 I cried the ugly cry at the end of that little video and thank goodness I was in a dark movie theatre because I was able to hide underneath all that darkness.

The facial expressions I was making while attempting to suck back in the tears and snot… not pretty. NOT PRETTY FOLKS.

I cannot EXPRESS how much I loved this short. Why? Because I LIVED THROUGH FEAST (minus all the excess food and the big break up). Wait what? Let me explain.

I have two dogs. Two little dogs. And before I had children – they were the center of my universe. They were my “furry babies”. That’s what I called them.

When I eventually had real children, they were sort pushed aside because I had to cater to my humans. After a while, I figured out how to manage both my human babies and my furry babies. My dogs have followed the path that Winston (the lead in Feast) follows – just with a different angle.

They were loved, then ignored, then loved once again. I am literally CRYING WRITING THIS because it made me look at their lives from their perspective for the first time.

I never thought what they must have felt like for those few years as I was trying to adjust to motherhood. I never ONCE thought that they missed me or needed me.

They had each other and I was caring for them in some capacity. But Winston needed more… and so did my little furry babies. 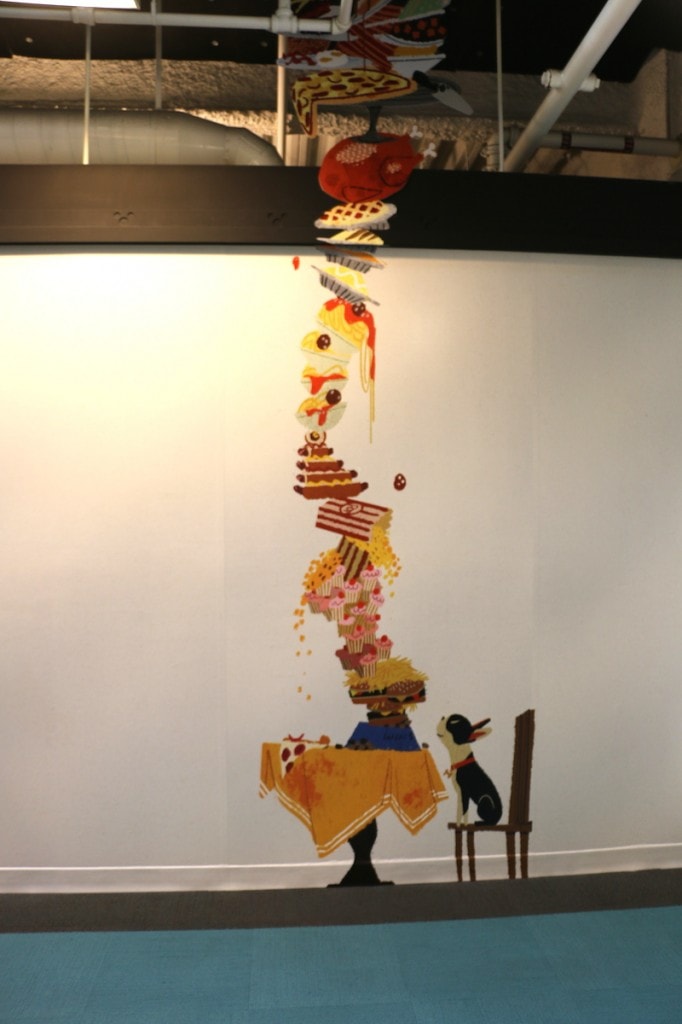 I swear — this movie hit me HARD. I loved every single second of it. The ending… oh my goodness I swear. I almost collapsed with joy! Thank goodness!! THANK GOODNESS.

It also made me cry because my son, Caleb loves to throw food off of his highchair. This will all make sense to you if you just get to the theatre to see Big Hero 6. Feast comes on right before the movie as the opening act. Here’s a little sneak peek:

While in LA, I had the chance to interview director Patrick Osborne and Producer Kristina Reed. We asked them a little bit about the process and I wanted to give you a few highlights.

How long did it take to make this animated short?

Why a Boston Terrier?

Well, because there hasn’t been one yet in a Disney film. They wanted Winston to stand out and be unique. Not to be confused with other Dalmatians or other breeds that have been made famous by another movie.

How on EARTH did they decide on the type of food they used?

It had to be “instantly recognizable”. No questions asked. So, they went with the staples — things we all would know (and love). Think spaghetti and meatballs. Yum.

PS – after watching Feast you will want to go home and eat a lot of carbs. Just a friendly FYI.

Something that I thought was super fun that the team did during their weekly meetings was SERVE the food that they just incorporated into the short. So, it would be Feast Fridays.

If they just included pancakes into the film, they would serve pancakes to the entire team during their briefing. LOVE THIS. When everything suddenly got healthy, people were NOT so interested in the brussels sprouts. LOL!

“Feast,” a new short from first-time director Patrick Osborne (head of animation, “Paperman”) and Walt Disney Animation Studios, is the story of one man’s love life as seen through the eyes of his best friend and dog, Winston, and revealed bite by bite through the meals they share.

Looking for another video featuring Patrick and Kristina? Check this one out from the premiere!!

* Disney flew me out to LA to attend the Big Hero 6 premiere. All opinions are my own.