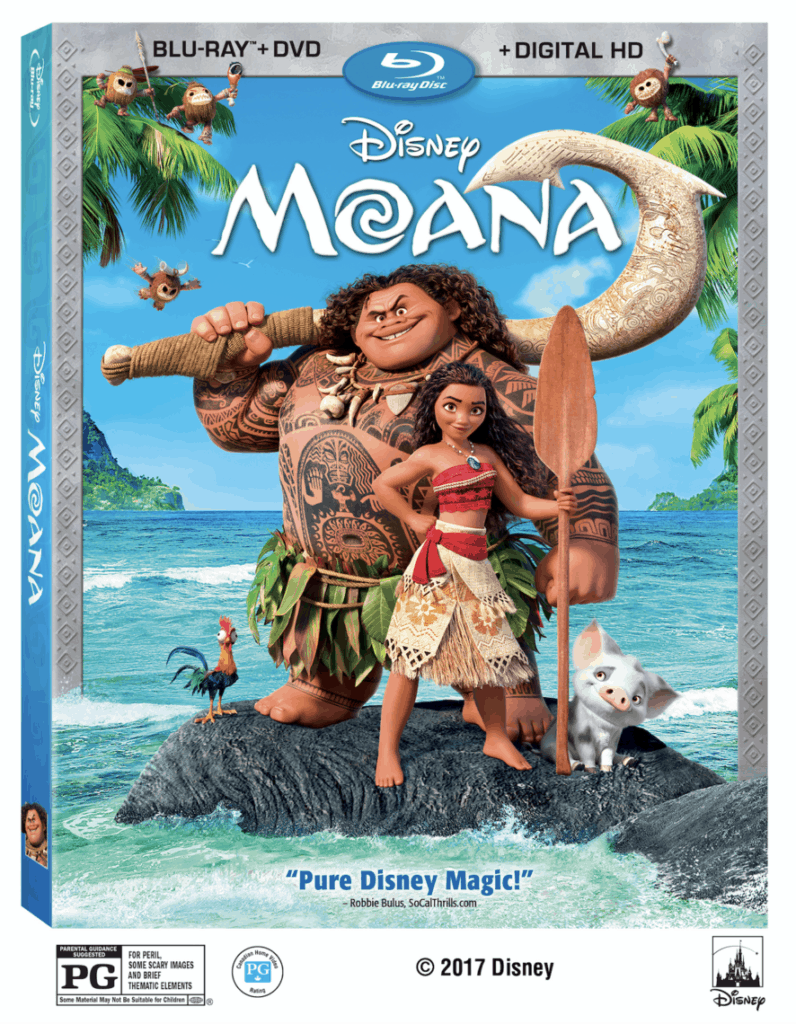 There. I just gave you a little glimpse into my entire life – morning, noon, and night.  My children have been OBSESSED with the Moana soundtrack ever since we watched the film while on board the Disney Fantasy Cruise in January. I had no idea what an impact this movie was going to make on our lives when I sat them all down in that theatre. I mean… who knew?! Luckily, the songs are super catchy and I fell head over heels in love with both Moana and Maui! Believe me, you will too!

According to directors Ron Clements and John Musker, the story of “Moana” was inspired by the great explorers who masterfully navigated the vast Pacific, discovering the many islands of Oceania. Become part of her journey today! Moana finally released on Blu-ray – woo hoo! Fans who take home the film are always rewarded with a little extra — the bonus features. More on that in a bit.

In case you need to hear the synopsis one more time –>

The epic journey continues for “Moana” fans as Walt Disney Animation Studios introduces an all-new sing-along version of the hit, critically-lauded comedy-adventure “Moana.” From Walt Disney Animation Studios comes “Moana,” a sweeping, CG-animated adventure about a spirited teenager who sails out on a daring mission to prove herself a master wayfinder and fulfill her ancestors’ unfinished quest. During her journey, Moana meets the once-mighty demi-god Maui, and together, they traverse the open ocean on an action-packed voyage, encountering enormous fiery creatures and impossible odds.

Auli‘i Cravalho and Dwayne “The Rock” Johnson will steal your hearts and the big screen with their voices and passion. It was such an amazing journey to watch – even the animation. The graphics – I’m talking about her HAIR, PEOPLE! Completely mesmerizing. I don’t take these things for granted. Maybe that’s because I’ve been to several behind-the-scenes tours with Disney? Who knows? But these moving images will completely captivate you. Moana’s journey over water is like none other. And don’t get me started on that sting ray. I will start crying right here and now. This very instant!!! 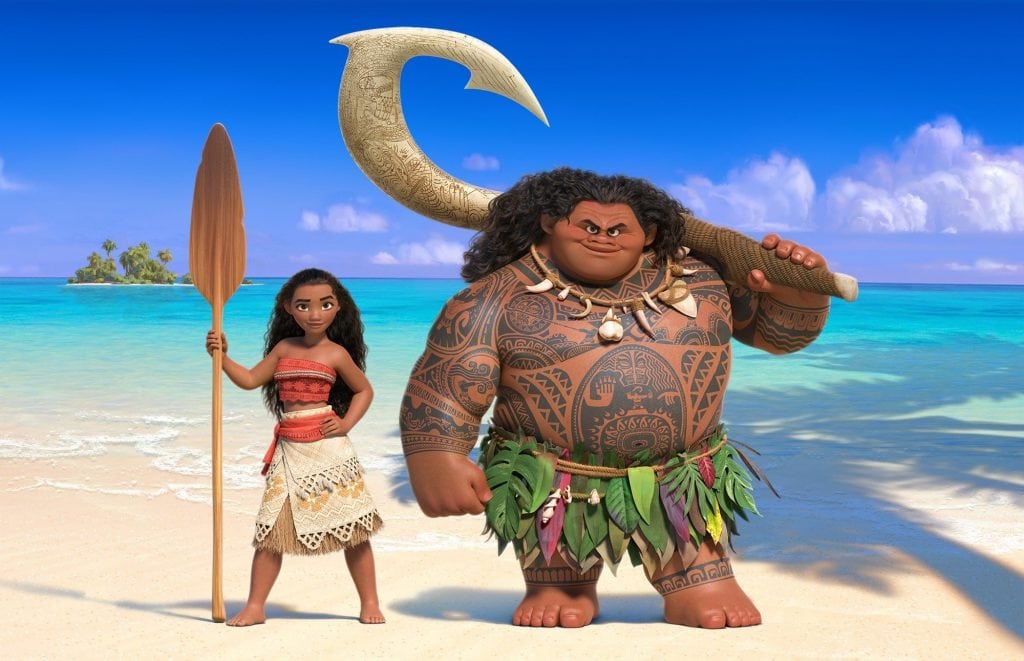 Onto the bonus features!

Lots of great content just waiting to be watched. Dive deeper in the story with the family and even watch some deleted scenes that didn’t make the final cut. How fun is that?!

Are you a Moana fan?