Any black-ish fans? I had the opportunity to sit down with some cast members from the ABC hit. Not only did I get to chat with Yara Shahidi, Marcus Scribner, Miles Brown, and Marsai Martin but we also spoke with show creator Kenya Barris. Here are some highlights from the conversation: 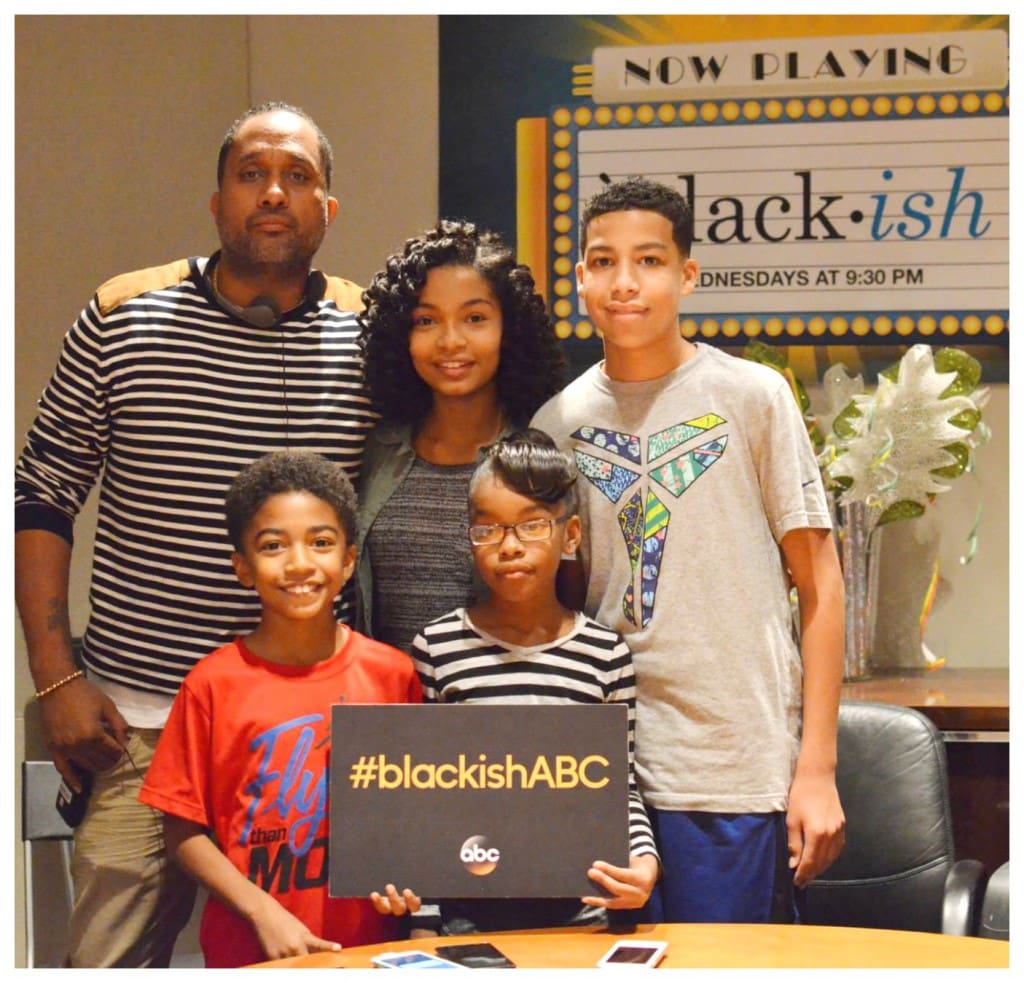 Yara Shahidi: It’s absolutely hilarious on set and being able to work with some comedic veterans is amazing. I’m learning so much, but it doesn’t even feel like work and that’s the weird part. It feels like another enjoyable experience.

Marcus Scribner: Working on set is just an amazing experience. It’s awesome to come to work every day and learn something new because… let’s be honest, we are surrounded by comedic geniuses!

We asked the kids which episode was their favorite and they all agreed — the pilot!

Marcus Scribner: The pilot was pretty awesome because it was a new experience for us all working together. I think that’s when we all immediately just bonded. It was awesome going through the pilot together.

That makes sense, right? It was the first moment that this family truly got together and created a memory. And I just want to point out that this “on set family” is also an “off set family”.

The children were obviously extremely close and at times you forgot that they weren’t actually siblings. The younger two decided to sit in the same chair even though there were four available. There is a TRUE BOND here.

Even when we spoke to their parents, right away they admitted that the children hang out on the weekends and during the holidays. You know, during times when they aren’t obligated to be together.

I loved hearing this! Hollywood gets a bad rap. This black-ish family is shielded from all the madness and rooted by love and strength. 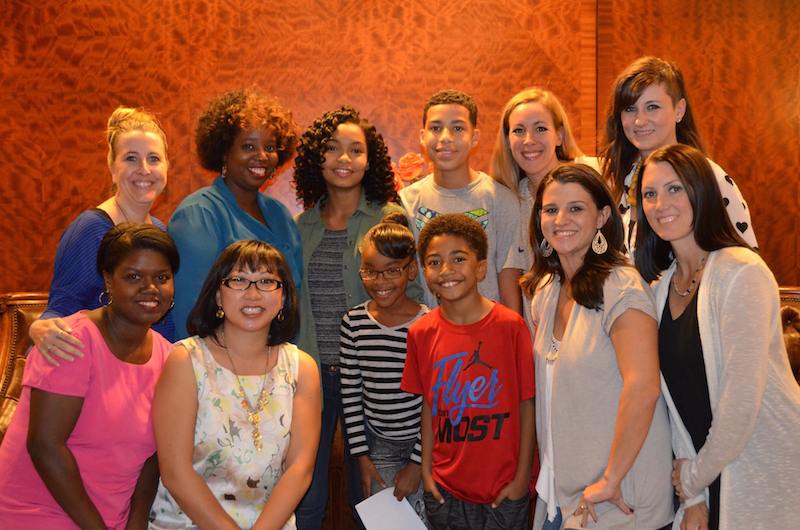 Have you ever wondered if the kids resemble their characters in real life? I just assumed that Yara WAS ZOEY because she played her role so SPOT ON. Well, guess what? She is the complete opposite of her character. The more she spoke, the more I could see this was true.

As a mom, I wanted to go and hug Yara’s mother and tell her how proud I was of her from one parent to another because my goodness what a gem her daughter really is. It was so refreshing to see such a well spoken young lady. Especially since I was LITERALLY expecting ZOEY to come in and start twirling her hair.

Yara Shahidi: I have to say I’m not very close to my character. I’m the kind of person that is always reading. I spent my summer taking two history classes in Oxford. My mother is always saying, “Hey Yara… people might want to know that Black-ish is coming on tonight. You should probably post something.” I usually forget my phone.

Fashion-wise. I’m not into the same type of fashion, but I am into fashion. You could say we are pretty different.

The rest of the group chimed in with their similarities and differences as well. Marcus loves to play lacrosse in real life but is also an avid basketball player like his character.

Miles thinks his character is pretty spot on. And Marsai is social media savvy! I loved hearing that!! She also admitted that she is “quirky” but she doesn’t have any siblings so the experience is new to her. She’s also “kind of sporty”. She’s into gymnastics and cheerleading. I LOVE THEM! Did I mention that?! 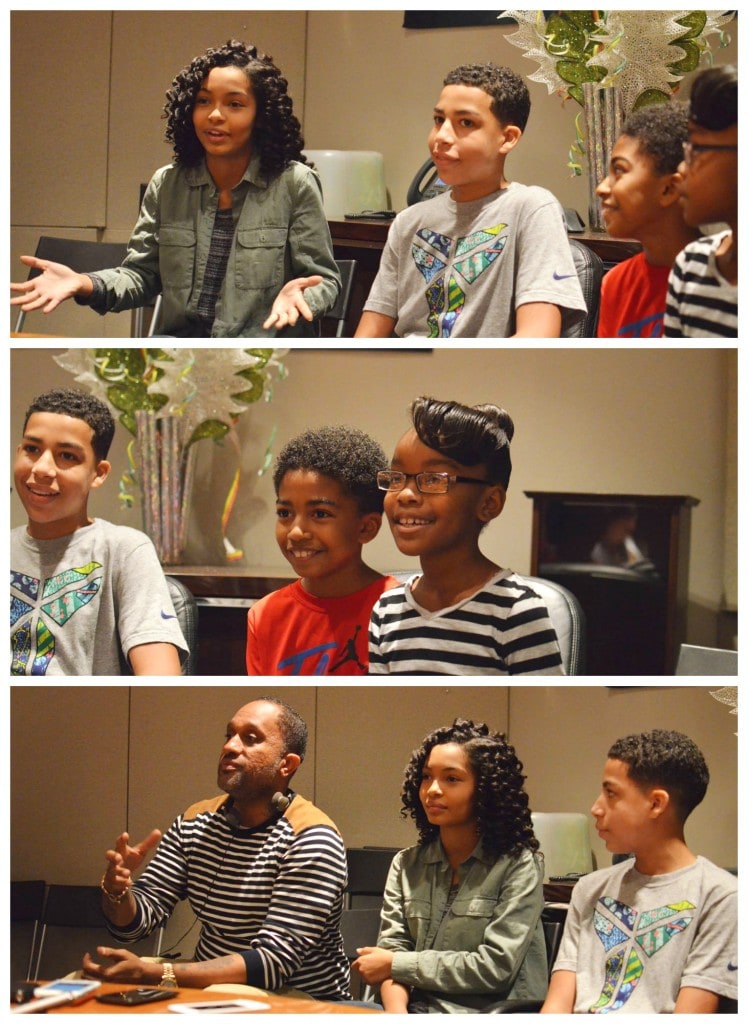 So, how has their family and friends supported the black-ish show so far? Everyone had great answers, but Marcus’ took the cake.

Marcus: My grandmother is in sales. Every time she would make a sale, she would start out like, “I have this beautiful necklace to sell to you… but guess what? My grandson is in the new TV show black-ish!” It’s pretty cool to watch her make sales like that.

We all cracked up!! I can totally see that happening right? I mean honestly — if I knew someone in my family who got a gig like this, I would do the same thing!! 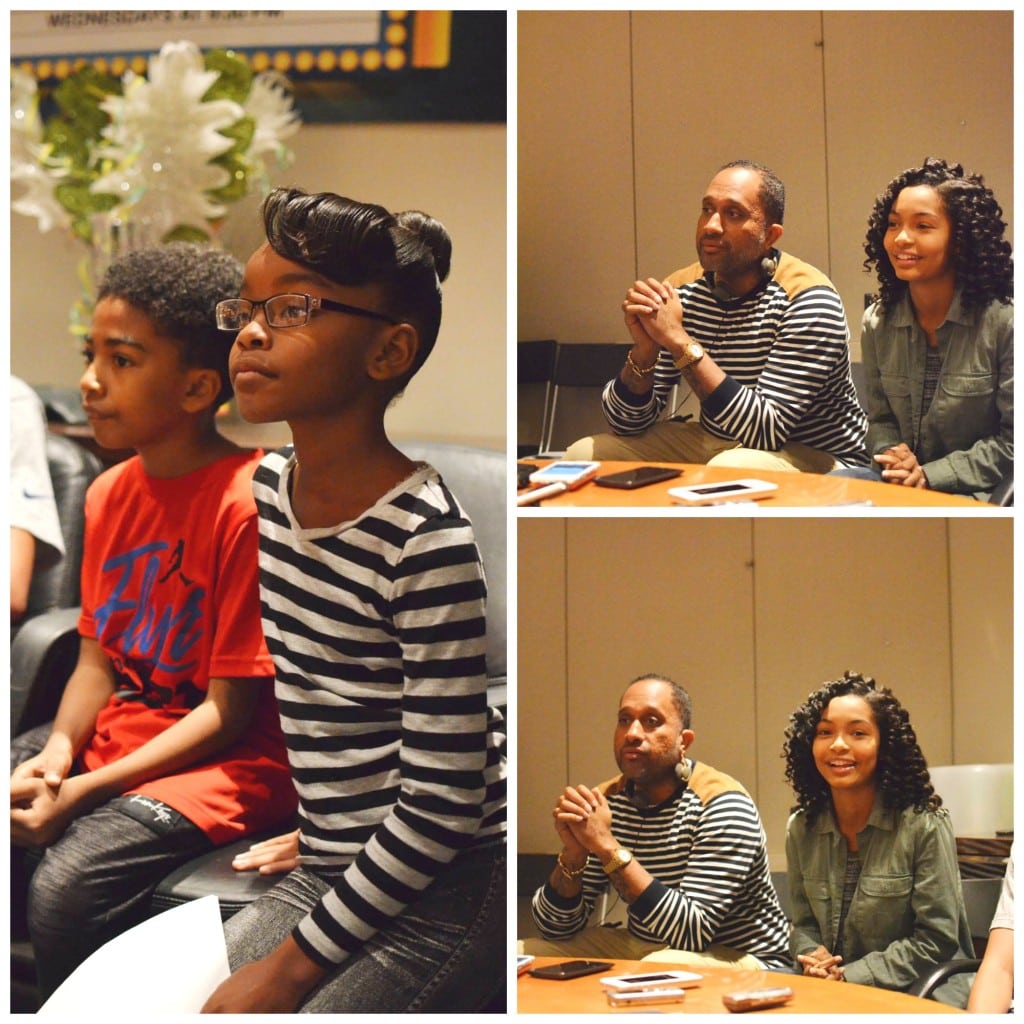 Kenya Barris joined the group and everyone applauded!! Now the first question we had was… how did he come up with the name black-ish??

It’s just a word that we came up to feel like from our character’s point of view that the world is a lot more homogenized for his kids than it ever was. I’m from Inglewood and Anthony’s from Compton.

I looked at my kids and the way I grew up, my definition or what I thought being Black was is not what my kids were living. They were a little bit black-ish, a lesser version of what I thought growing up what it was for me.

But at the same time, looking at all their friends – who interestingly enough primarily are not Black – were a little bit more of what I thought Black was growing up. It was an additive version of that.

I don’t think there’s a Black or a White kid left in America. They’re all just a blend of everything else. Asian, Latinos… I just think that we’ve all blended into this sort of homogenized new layer of what America is.

As a father, he’s dealing with that. His father also dealt with something different. It’s kind of three generations talking about where we are today.

To check out black-ish, be sure to visit ABC for timing. This is one comedy that everyone can relate to. Most of what I saw during my preview of this week’s episode was very relevant to my life. I grew up as a first-generation American in Astoria, Queens.

My entire family lived in one house – Grandmother, Mother, Aunt and all the children. My bedroom was a walk-in closet. My birthdays were at my local McDonalds and now my children know a very different life because of the efforts made by my grandfather, mother and myself.

They wouldn’t know a Sizzler if it landed on their head. But that’s all I ate growing up. When I say relatable… I mean relatable.

Be sure to check out tonight’s Episode – The Gift of Hunger  – to see what I’m talking about. 🙂

* Disney and ABC flew me out to ABC to participate in this set tour  / interview. All opinions are my own.