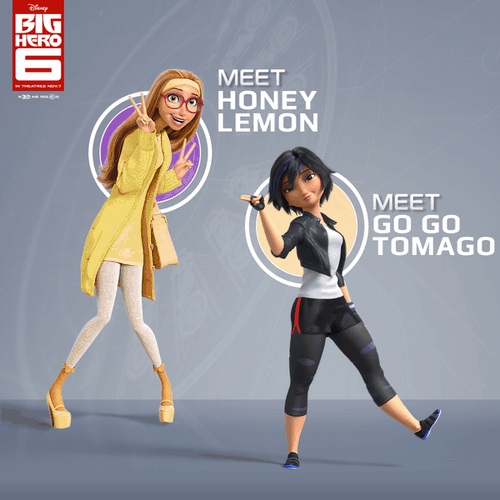 I had the opportunity to interview the stars behind the voices of Honey Lemon and Go Go from Disney’s Big Hero 6. Jamie Chung and Genesis Rodriguez were not only beautiful and fun to be around, but you could tell that they became fast friends while shooting this film.

Not sure if you know this, but animated movies don’t require the stars to interact much. Most scenes… err… almost every single scene is recorded alone. It’s the sound editors job to mesh all the clips together to make it feel like they were all in the same room. So, it was no surprise to hear that Jamie and Genesis only met about a month ago. But it didn’t matter – they clicked immediately! Honey Lemon fell in love with Go Go and vice versa while shooting the film. So, once they actually got to meet once another in person… it was as if they knew each other for years. 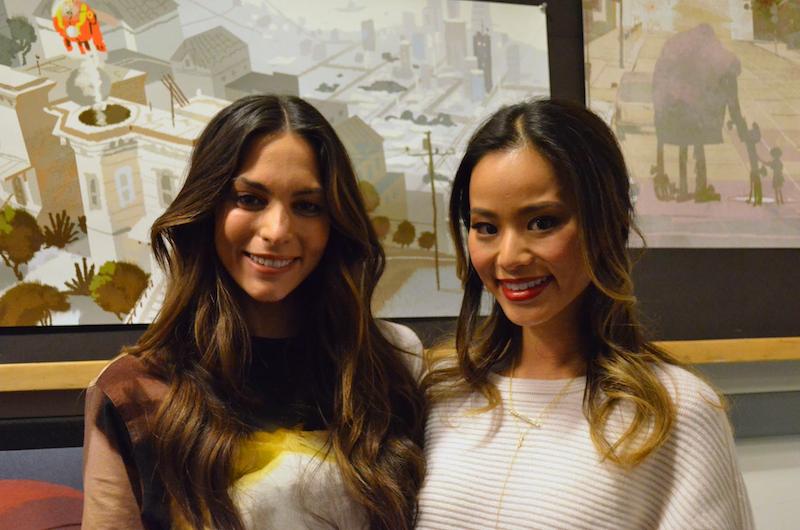 We chatted a bit about what it felt like to be part of such a HUGE Disney film, what their favorite moments were in the film, and more. But before we get into any of that, I have to show you one thing. 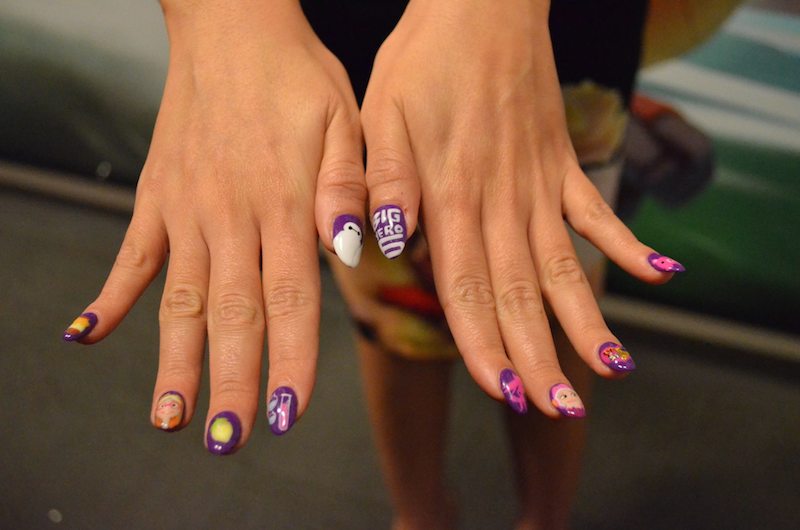 Genesis Rodriguez’s nails! Shut it DOWN. I LOVED that she did this for the premiere. So much FUN!!!! Totally unique and original. Every character had their own nail. Come on — gotta love it. 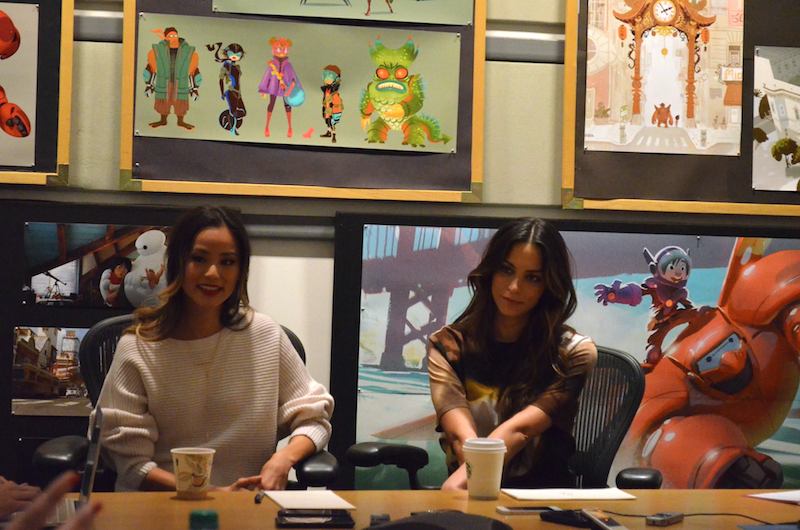 Ok — onto the actual interview.  Favorite parts about playing their characters!! Let’s break it down.

Jamie: Go Go doesn’t say a lot at the beginning of the film, but when she does say something, it’s very on point and it’s quite sassy. She was described to me as the Female version of Clint Eastwood. It was just fun to sass it up. If I said a line with too much of a smile, the Directors Chris and Don would say, “Do it, No, No, No, No, No, a little bit meaner. [LAUGHTER]

Genesis: And just for me, it was having to be so positive all the time. I really feel like I was acting a Fool and I was getting paid for it.

It really is just the biggest blessing to have this cast, warm and loving Characters cause you’ll never get to play that kind of part in a live action thing. We’ve been huge Disney fans all of our lives. We’ve been Princesses and I literally would comb my red hair in restaurants like Ariel. It was a dream come true to be able to play these strong Female Characters and bring that down to future Generations.

This movie also breaks down some stereotype barriers. Nerds are cool. Education is cool — that’s a very different angle from what is normally pushed out in the media and it is SO WELCOMED. I am so thankful as a parent that these movies are starting to be produced and OF COURSE Disney is at the forefront encouraging the message. I have children at the exact age that need to hear this — so it’s actually pretty timely for me. I feel very lucky to be at the beginning of this trend.  Jamie agrees-

Jamie: What I love about this film is that there is no stereotype. You know, it kind of breaks all of those boundaries in terms of being a Nerd and being not cool. This is the absolute opposite of that. In terms of strong female Characters… Honey Lemon and Go Go are so different from each other and yet they both represent strength in their own way. And you know, what Disney’s great about is not creating a Cookie Cutter example of what a strong woman should look like. They both come in different shapes and sizes, and different shades and what not, and that’s what I love about this. 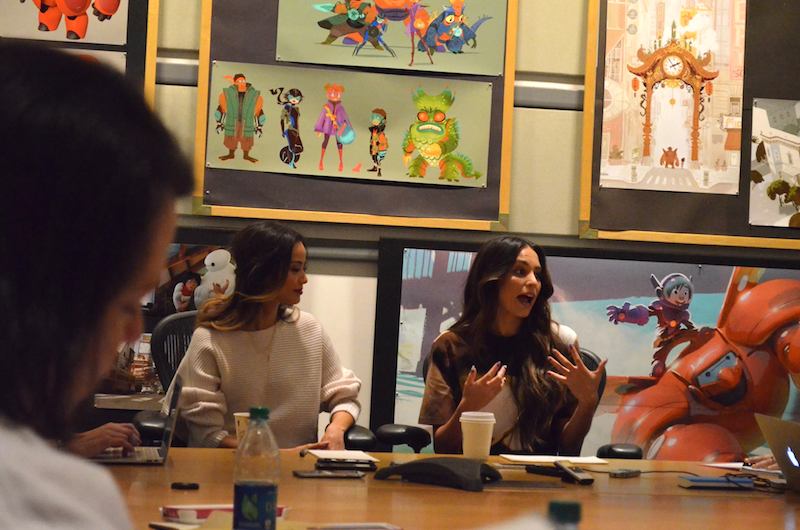 So how did they bring their own personality to their characters?

Jamie: I think the interesting thing when you add a voice to a character, personality to it… it really does come alive. If you look at each Character and compare them to the person that’s playing them, like they embody that — that Character, like Genesis to me is Honey Lemon, you know? Her personal attributes are what kind of gives this Character life, and I think that’s what they did with Casting. They wanted the Characters to kind of represent the Actors that are playing them.

Genesis: She has the best line in the Movie. I think which is “Woman Up.”’

BOOM! So TRUE!! Look out for that one and give it a big clap when you hear it . 😉

How about favorite characters? BESIDES Baymax of course?

Genesis :   Fred is hysterical. What’s funny is that — T.J. is such a great Comedian. He’s like totally Fred too.

Jamie :   I liked Wasabi. I feel like there’s a lot of similarities there because — I’m like looking at these phones and I want to line them up. He was a Worry Wart and he cares about Safety and the Safety of everyone. 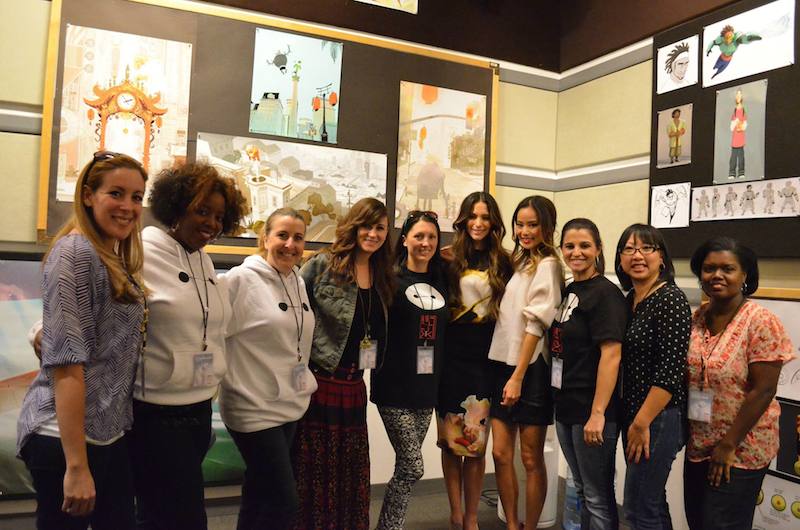 LAST QUESTION — how has this movie impacted the women?

Jamie:   In terms of sending the right message…it is a Superhero Movie but it stresses the importance of education and Science. I love the message that it sends is that intelligence and smarts is not sex biased, no more is it race biased. You know, everyone’s equal and everyone has that same opportunity to reach that milestone in terms of education. So I think it’s cool to part of that. In 10, 20, 30 years, this Movie still will be relevant.

Genesis:   I was so excited for a Movie to talk about Robots and Technology. I was into Robotics too and I’m an official Nerd. To even have a Movie that’s making girls want to be in Technology and be smart. After seeing this movie, I hope girls will be the first ones to raise their hands in class and realize that being smart is empowering. If we got to do that, we’re so cool. Robotics is cool. Science is cool. 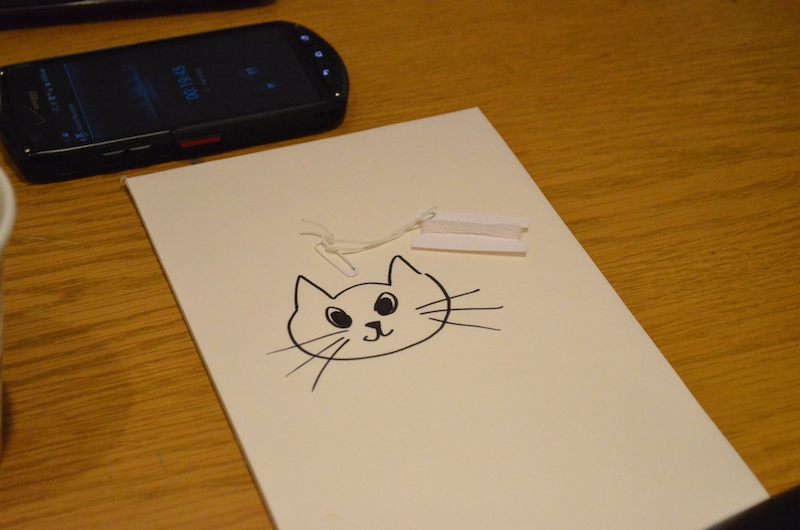 And then Jamie doodled this cat. And then the interview was over.

Be sure to check out Big Hero 6 TODAY!! It’s in theatres and it is ROCKING!!

* Disney flew me out to LA to attend the Big Hero 6 premiere and interview the cast of the animated film. All opinions are my own. 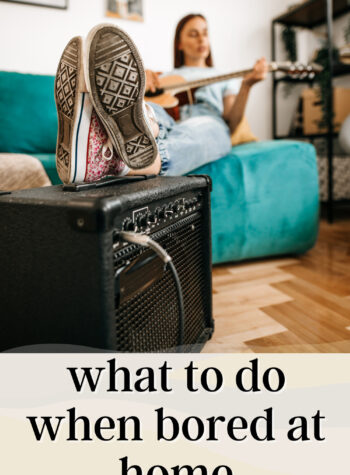 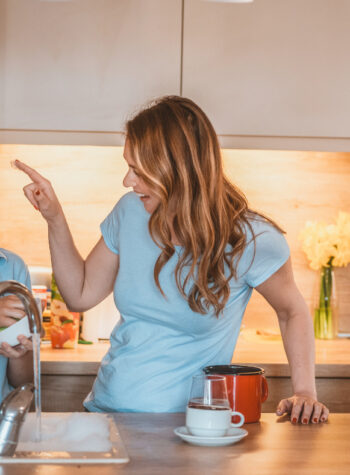 Bonding Through Family Rituals And Simple Ways To Get Started