Zach Braff is back! I mean… he never really went anywhere, but you know what I mean.I used to love catching up with him weekly on Scrubs and I was truly looking for something like that to return to the small screen so I can get a more regular fix of the comedian and actor.

Interview With Zach Braff And Tiya Sircar From Alex Inc 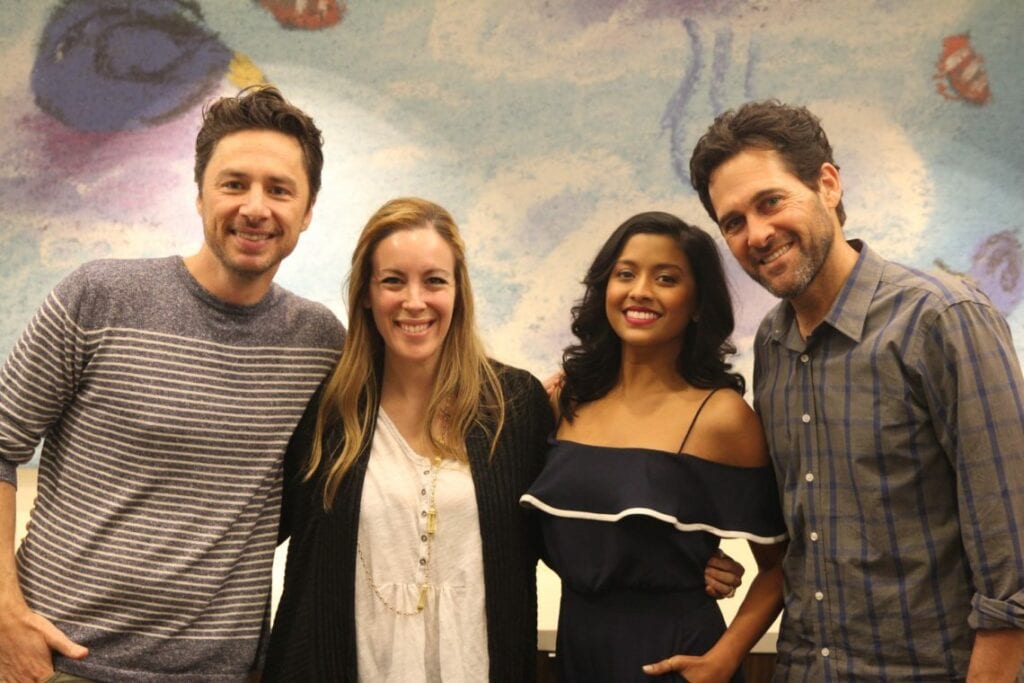 Especially in today’s climate, we could all use a little laugh. Luckily, he knew just what the doctor ordered (Scrubs joke – I couldn’t help it) and joined a brand new ABC comedy that will work for everyone in your family!

With the help of wife Rooni and their children, Alex Schuman quits his prominent job to start his own podcast company telling real stories that matter. He hires his cousin Eddie and former producer, Deirdre, to help achieve his dream.

While in LA a few weeks back, I had the chance to sit down with Zach, writer, and producer Matt Tarses, and actress Tiya Sircar. 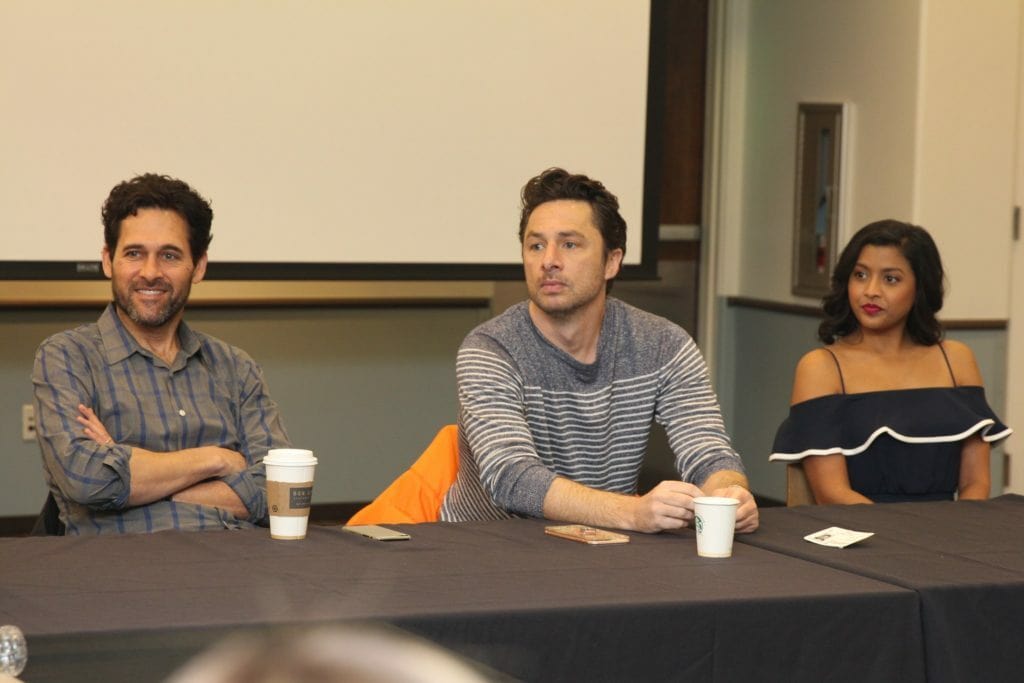 If you are looking for television that your entire family can enjoy, look no further. The team behind Alex, Inc. recognized that there was a need for this type of television. Zach talked a bit about that need:

One thing that kept coming up, and I know you all can relate, is that even though there’s so much great TV out now, but I kept hearing there’s not a ton that we all want to watch together.

We all love these shows that you can’t watch with your kids and your kids all have their shows that they love to watch. But there’s not a ton of content that we all want to watch together.

Here is the trailer in case you haven’t seen it yet!

One thing that particularly drew me to the show was how much I was learning about the Indian culture. I couldn’t pull from memory a single show that taught me anything of substance from the past. The writers wanted to make sure that the character Tiya portrayed was authentic to her heritage.

They had me come in and meet the writers. We had a two-hour conversation about my upbringing in Texas and my parents’ upbringing in Calcutta. We talked for a long time and then slowly this character evolved from who she was on paper to so closely related to who I am in real life.

So, I was talking about my parent’s stories that I’ve grown up listening. I happened to mention that my parents were coming to town the next day to visit. These guys were like, “would they maybe wanna like sit down with us?” And I was like absolutely. Are you kidding?!

So, I brought them in. They had a whole sit down, talk. My dad — my parents are professors. There was a dry erase board. My dad gets up and starts like and makes a diagram!! 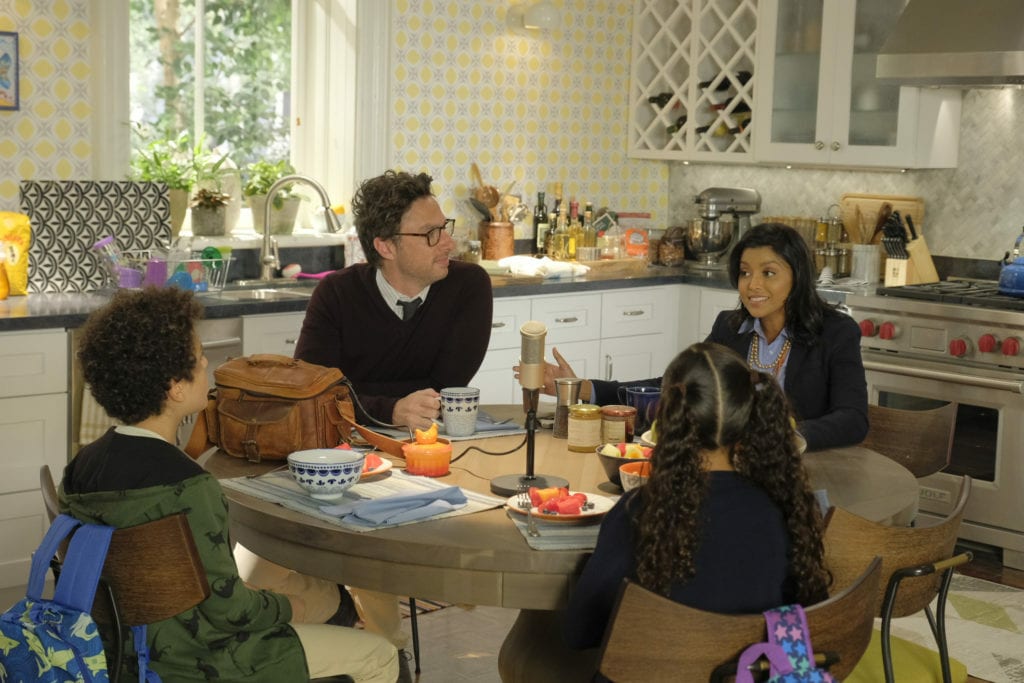 That was noticeable! Even in the small time I spent with this family, I recognized that it was authentic and it truly sparked my interest. I want to eat the food, take part in a Holi and visit the country now. All after two episodes!! What is going to happen after a season?!

Be sure to watch Alex Inc. on ABC every Wednesday at 8:30 EST. Be sure to rewatch past episodes by streaming them on ABC’s app. 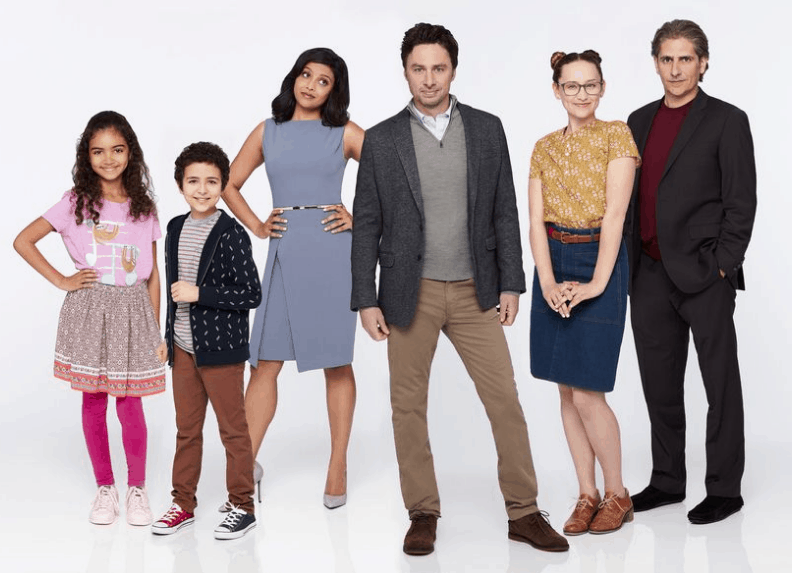 ABC invited me to interview the cast and crew. All travel and accommodations were paid for while out in LA. Opinions are my own.