If you want to hear this whole thing – just check out my video!!

I’m heading to LA to attend the RED CARPET PREMIERE of A WRINKLE IN TIME. Oprah! Oprah! Oprah! I cannot believe this. You guys! She is my everything. This is not a drill. Out of all the people in the universe, you couldn’t have asked me to meet a better person right now. As an entrepreneur, I’ve looked up to her for decades. She is truly an inspiration and I can’t help but root for any and every product she puts her signature on.

We are even going to interview some of the cast and crew. We don’t know WHO just yet… but I’m hoping Reese Witherspoon, Chris Pine, and OPRAH WINFREY are all on the list. FINGERS CROSSED!

It doesn’t even end there –>

While we are in town, we are going to get a sneak peek at the newest addition to ABC’s outstanding Wednesday night comedy line-up, “Alex, Inc.” (premieres on Wednesday, March 28th at 8:30/7:30c). Slated for interviews are Executive Producer, Director and star Zach Braff and Executive Producer Matt Tarses!

Based on the podcast StartUp, Alex Schuman (Zach Braff, “Scrubs”) is a brilliant radio journalist, husband and father of two who is about to do something crazy – quit his job and start his own company. He quickly discovers it’s going to be a lot harder than he thought. Zach Braff stars, directs and is executive producer with Matt Tarses (“Scrubs”) and Davis Entertainment (“Dr. Ken,” “Blacklist”). 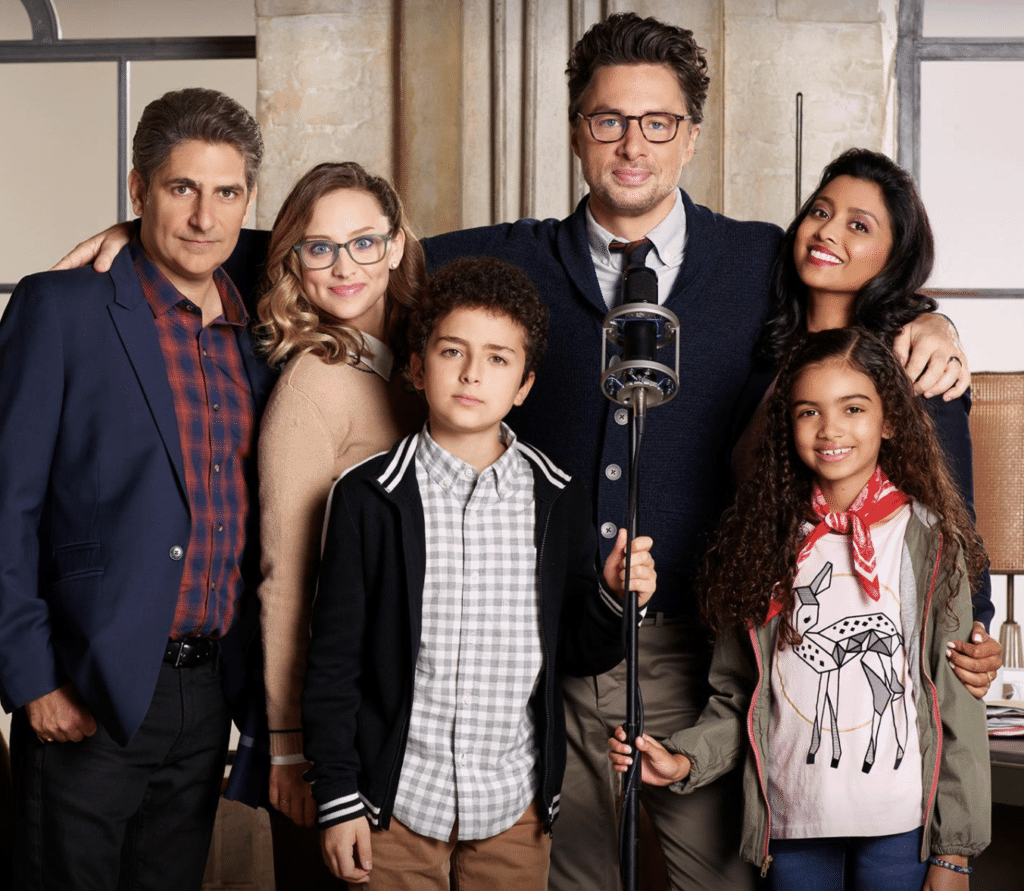 Now, I just want to say one thing…  Michael Imperioli!! Wha-WHAT?! I loved him in The Sopranos! So excited to see him in another run. He had a short stint in Lucifer which I also enjoyed. Curious to see his new role in Alex Inc.

I’m into it. I like cop shows with a twist and this one definitely promises something different.

When his career is ruined by scandal, superstar magician Cameron Black has only one place to turn to practice his art of deception, influence and illusion – the FBI. Using every trick in the book and inventing new ones, he will help the government catch the world’s most elusive criminals while staging the biggest illusions of his career. 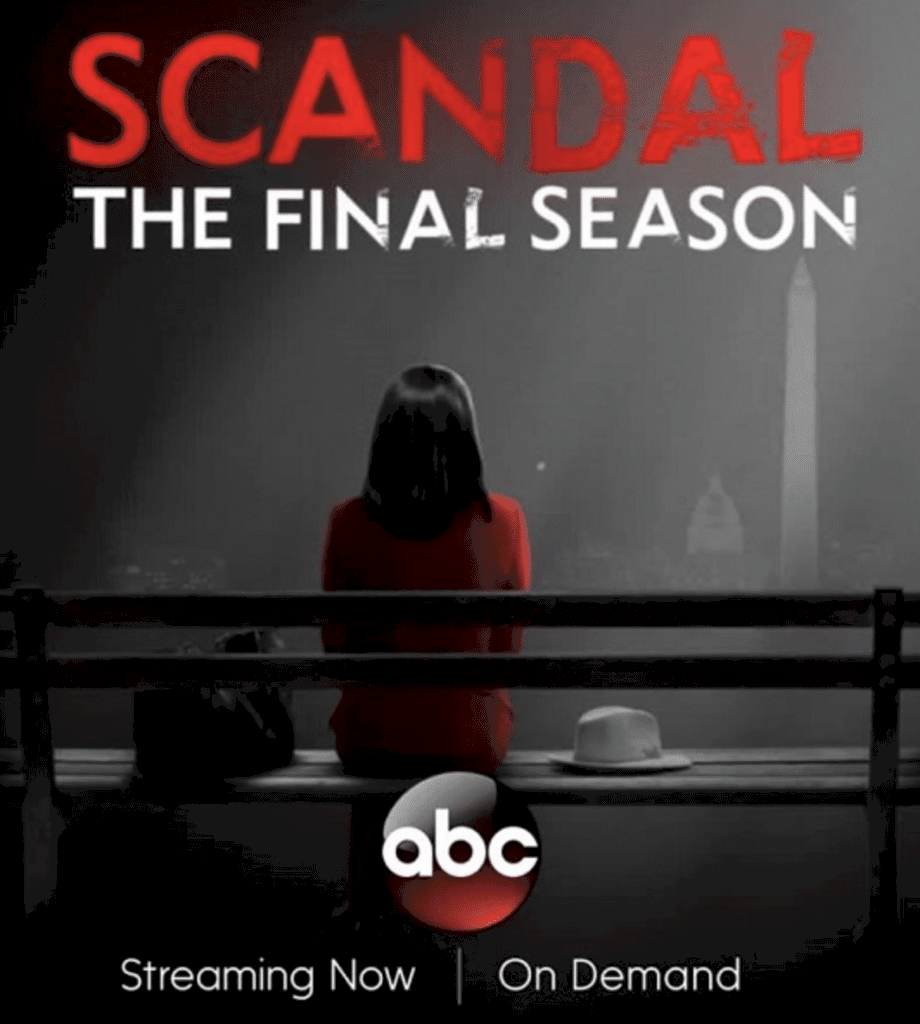 Any Scandal fans?? We have them on the screening list too! I don’t have much information about who we are interviewing at this time, but I am OBSESSED with Scandal. I seriously binge-watched multiple seasons last year and it wasn’t pretty.

The seventh and monumental final season of “Scandal” will return with a brand new White House administration that includes Mellie Grant (Bellamy Young) as the first female president of the United States, Cyrus Beane (Jeff Perry) as the vice president, and Olivia Pope as Mellie’s chief of staff. Olivia also doubles as the head of the newly reinstated top secret government agency B6-13, with Jake Ballard (Scott Foley) working by her side.


We even have a brand new comedy – Splitting up Together – on our list. I love how packed this schedule is! So happy to see Jenna Fischer back on the small screen.

Based on the Danish series, “Splitting Up Together” is the story of a couple (Jenna Fischer, “The Office,” and Oliver Hudson, “Scream Queens”) whose marriage is reignited by their divorce. Emily Kapnek (“Suburgatory”) writes and serves as executive producer of this new comedy, along with Ellen DeGeneres. The series stars Jenna Fischer as Lena, Oliver Hudson as Martin, Bobby Lee as Arthur, Diane Farr as Maya, Lindsay Price as Camille, Olivia Keville as Mae, Van Crosby as Mason and Sander Thomas as Milo.

I would love for you to follow along. You can do so by checking out the following hashtags: 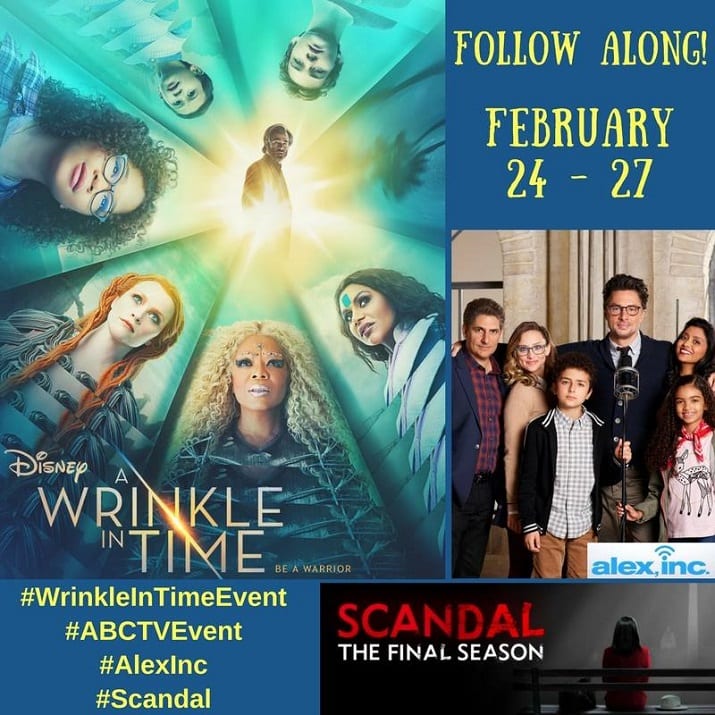 See you on the flip side!

Disney and ABC have paid for travel and accommodations for the duration of this trip.