I had the chance to sit down with Levi Miller and Deric McCabe during the Wrinkle in Time press junket in LA earlier this month and I have to say, they left a pretty strong impression on me. For two very different reasons. 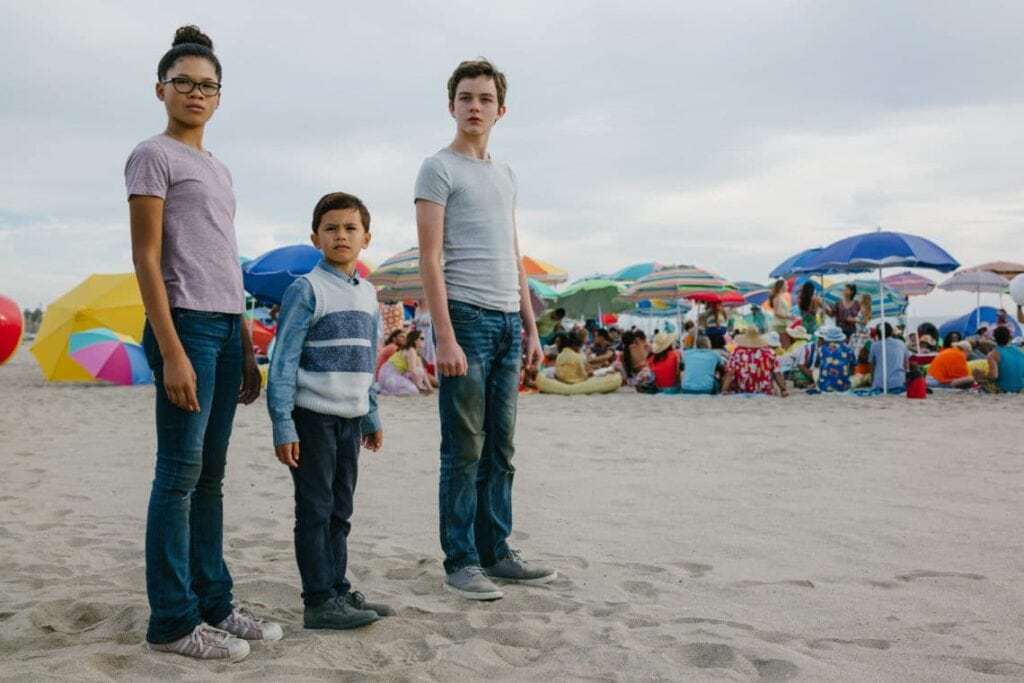 Levi Miller was warm and kind-hearted. He was the big brother you always wished you’d had. He was the friend you wanted in your corner. He was the kind of kid you wish your children got to know once in their lifetime.

Deric McCabe was a supernova. While he also showcased manors and kindness, the trait that stuck out most for me was his stage presence even when he wasn’t on stage.

Deric walks into a room and that room’s lights turn on, a mic drops from the ceiling and dancing flamingos begin to rise from the floor. This is his M.O. Seriously, when he walked into my room during the press junket, I had to ask if there was a two drink minimum because the kid was on fire!

You need both of these personalities in our world, right? You need to good guy/ handsome lead who can set a great example for the next generation and make all the young girls swoon.

But you also need a good laugh and someone who isn’t afraid to be whoever he wants to be in every moment. Thank goodness for Levi Miller and Deric McCabe. 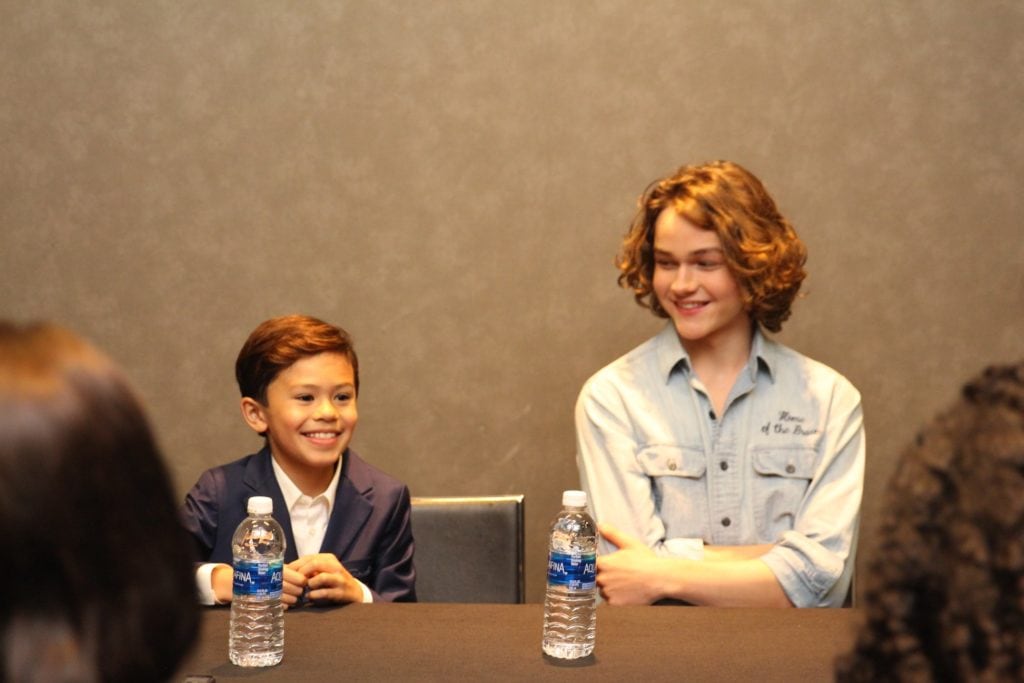 Both Levi Miller and Deric McCabe were born with true talent. I was watching these young men on the big screen during the Wrinkle in Time premiere and I was blown away. Truly.

Levi Miller meant every word he said. He was enamored with Storm. He was willing to take the journey. You got lost in his words because his words always rang true. And Deric McCabe … Deric became anything and everything the script required of him.

He was good. He was evil. He was confused. He was broken. He was healed. Had he actually gone through all of those emotions in real life before?

How could he possibly have done so at such a young age? Where is he pulling this talent from? Where is his foundation? It just IS.

Levi Miller and Deric McCabe aren’t going away and thank goodness for that.

Put their names on your radar!! Levi Miller and Deric McCabe 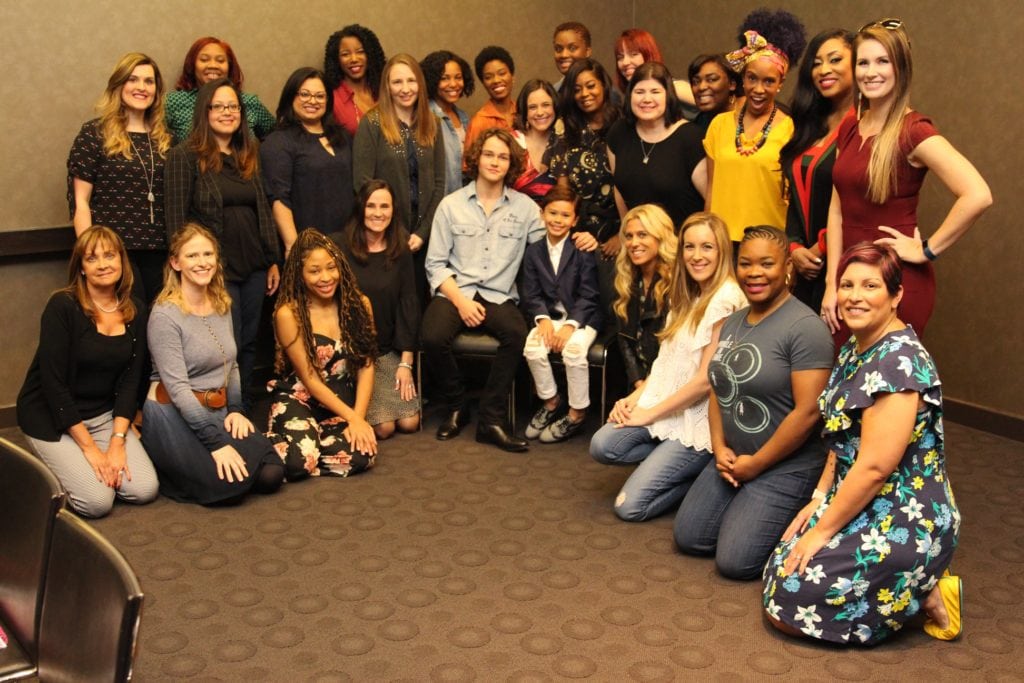 We were lucky enough to have a chat with Levi Miller and Deric McCabe regarding their roles in Disney’s latest movie release. I asked Deric McCabe about his preferences. Did he like playing the good version or the bad version of himself?  They were truly two sides of a coin.

Everybody always tells me that I did better as the bad version so that’s my favorite. 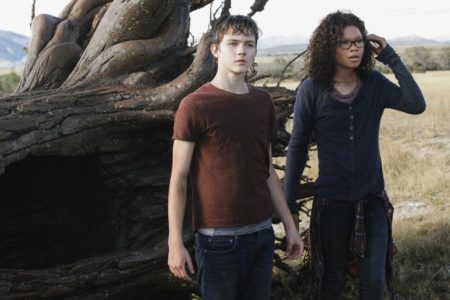 When we turned to Levi Miller, he said such a STAND OUT QUOTE that it truly stuck with me as a mother – especially since I am a mother of two boys who might not fit into society’s sports mold. Levi was asked what he wanted the audience to take away from A Wrinkle In Time.

For everyone really, I mean especially boys, that it’s okay to be sensitive. Especially nowadays when masculinity is so prominent. Especially boys specifically my age and going into young adulthood.

I mean…. can we just end this entire post right here because I am DONE!? A message for boys that it’s ok to be sensitive? I could cry!!

Especially because I still hear people telling my son to “man up” which absolutely enrages me. But I guess that’s another post entirely. Anyway – don’t you just LOVE that LEVI said that? 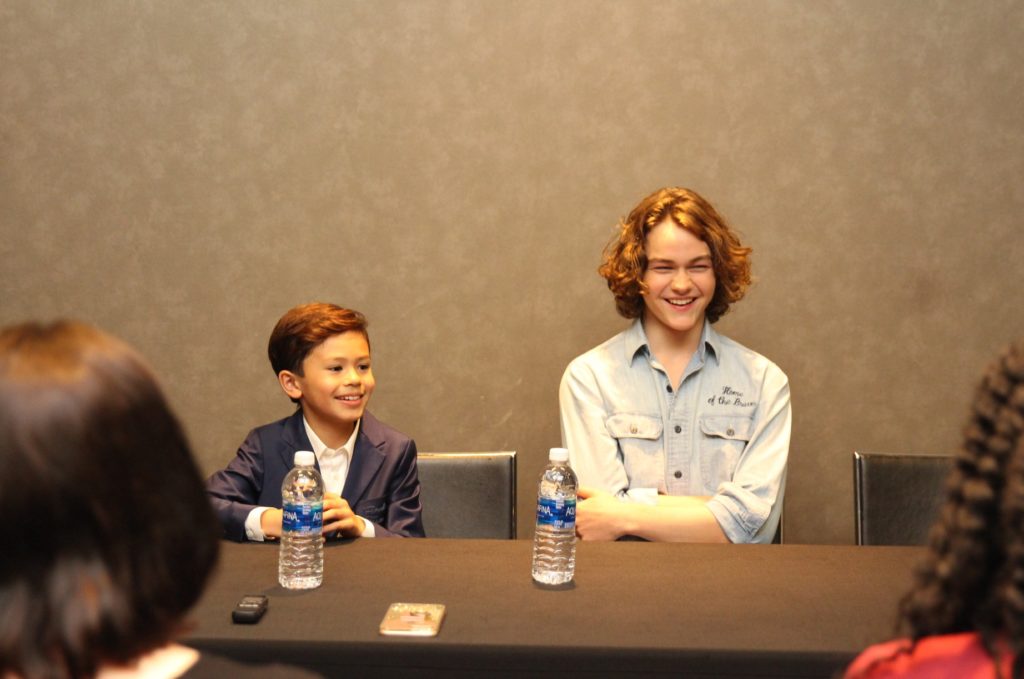 Another thing I want to note about this duo is the way that Levi spoke to Deric. Take a look at the beginning of this quote. Listen to how Levi addresses Deric. He was talking about some stunts that he had to do.

I don’t think you were there for this little buddy, but there was this part where we were going through the redwood forest. We were running through the forest and then somebody had set up this insane obstacle course with trees and rocks all over the place. It felt very adventurous because I’m a fan of Indiana Jones! It felt kinda cool running through it.

Right now, I am so angry at my mother for not having any more children. Like, why am I an only child? Seriously. I’m questioning everything. 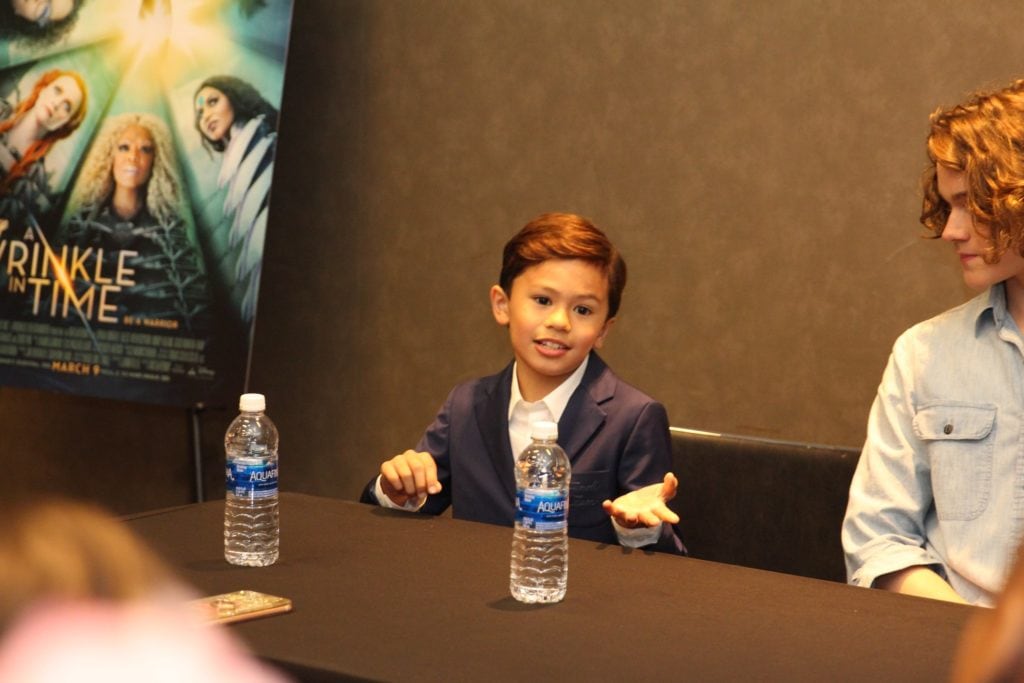 Related: My interview with Ava DuVernay

One last fun quote from Deric because I feel like we have to end strong with these two. We asked them to name a celebrity that they’d like to work with in the near future. Here’s who Deric is dreaming about:

Scarlett – you heard it here first!

Watch The Wrinkle In Time Trailer

A Wrinkle in Time is in theatres right now. Be sure to grab your tickets and a bucket of popcorn. You might want to sneak in a few tissues as well because this movie will pull at your heartstrings as it takes you on an adventure. And be on the lookout for Levi Miller and Deric McCabe! 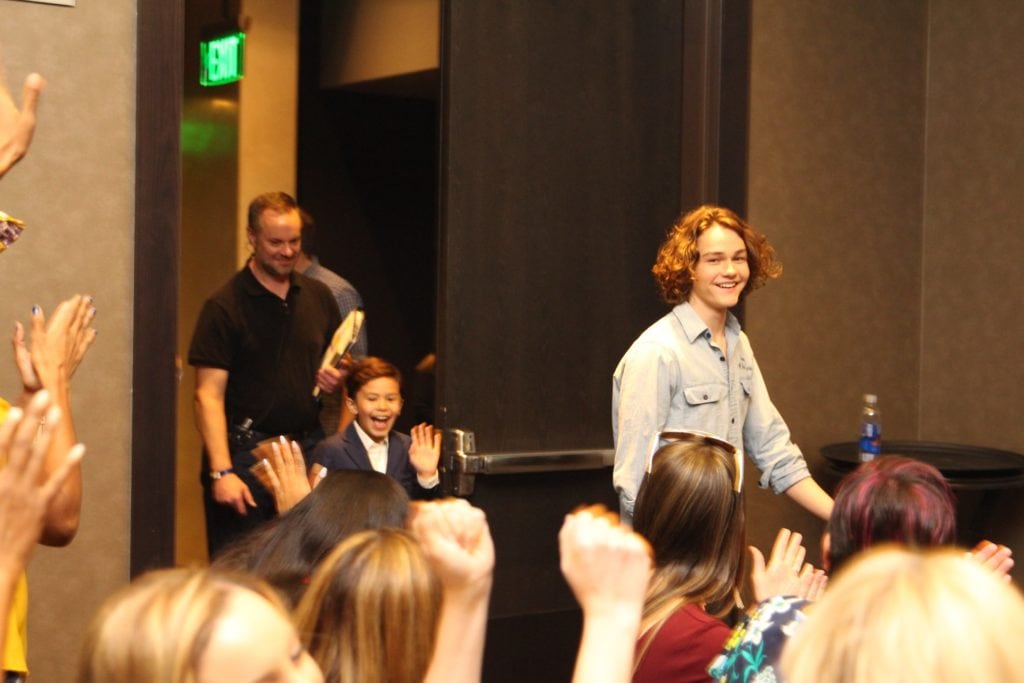