I just LOVED Rowan Blanchard. I had a chance to interview her during a Wrinkle in Time junket and really enjoyed our time together. Did you have a scrapbook when you were younger? I certainly did. 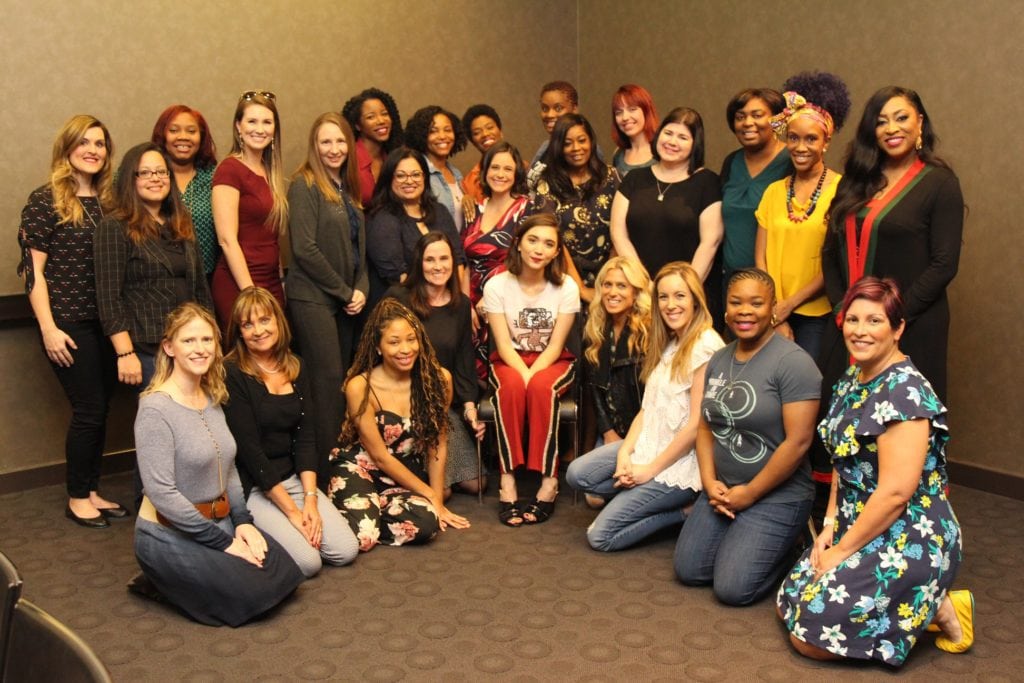 I kept concert tickets, sugar packets (don’t ask), and poetry that I used to write while in high school. I kept notes from class, photos of ex-boyfriends and pretty leaves that caught my attention.Rowan Blanchard does the same thing – we will get to that inn a bit.

Scrapbooking felt like an extension of my soul. A part of me if you will. An expression from a time that I never wanted to forget. So, to read that Rowan Blanchard just released her private collection of stories and memories in “Still Here” totally excited me. 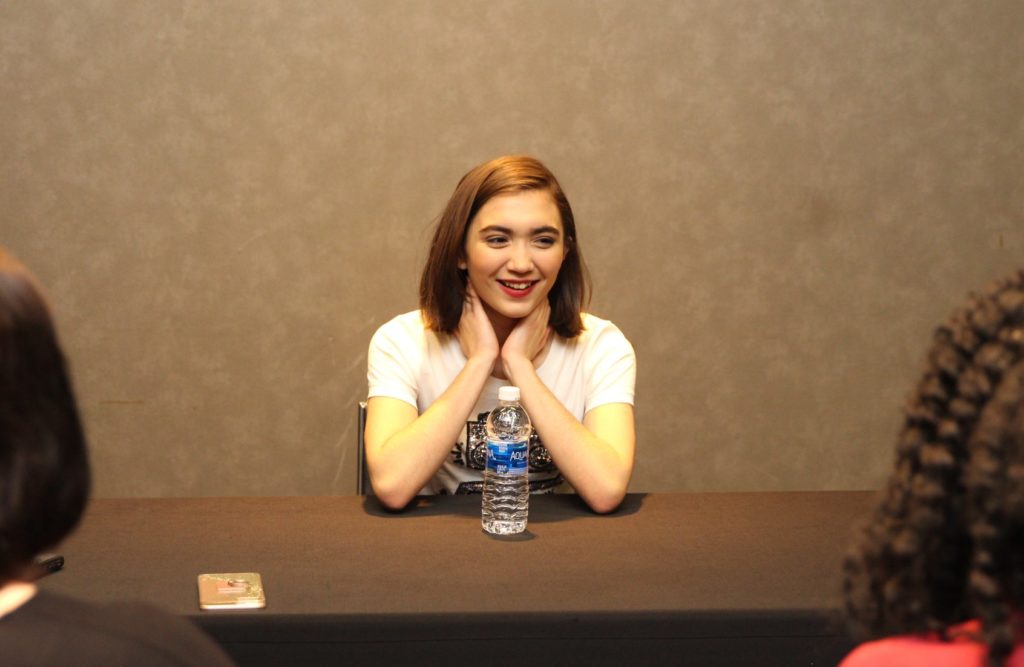 I want to run out and buy it for my daughter. I want to show Natalie all the possibilities that she can create because if someone she looks up to is doing it, then the concept feels a bit more concrete. Isn’t that always the way? 🙂

Rowan Blanchard Opens Up About “Wrinkle In Time” And “Still Here” 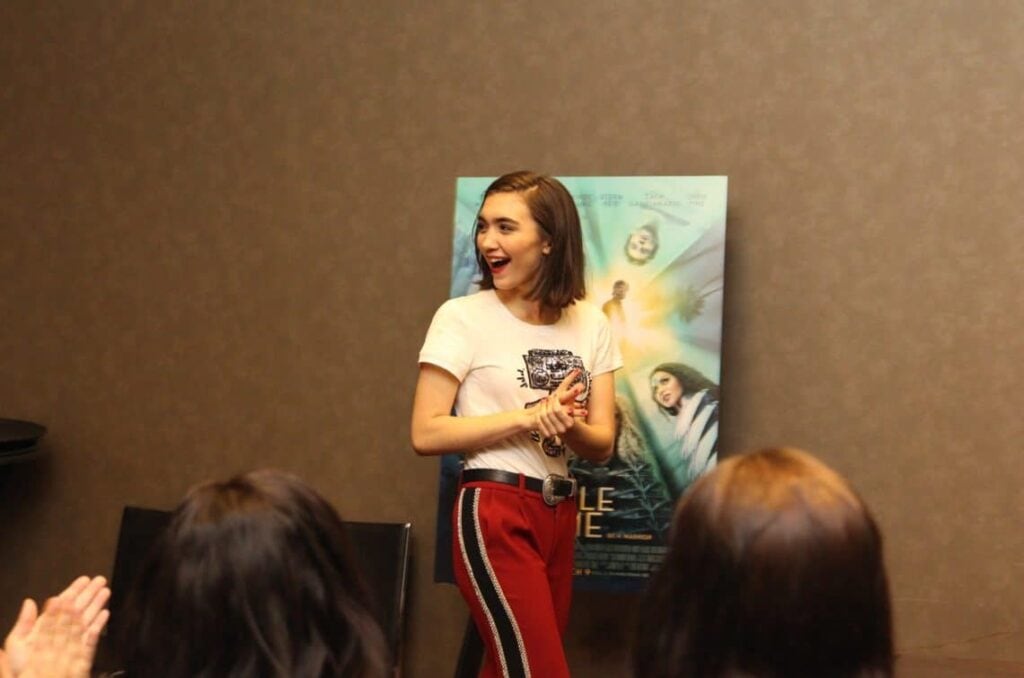 I had the chance to sit down with Rowan Blanchard during the Wrinkle in Time LA press junket and she was simply amazing. I loved how honest she was about being part of such an incredible cast and crew.

I loved how she confessed that she kept having to remind herself that she deserved to be amongst them all. As a young woman, I can’t say I was that aware. It was refreshing to see someone her age having such a tight grasp of who she was and who she wanted to become. 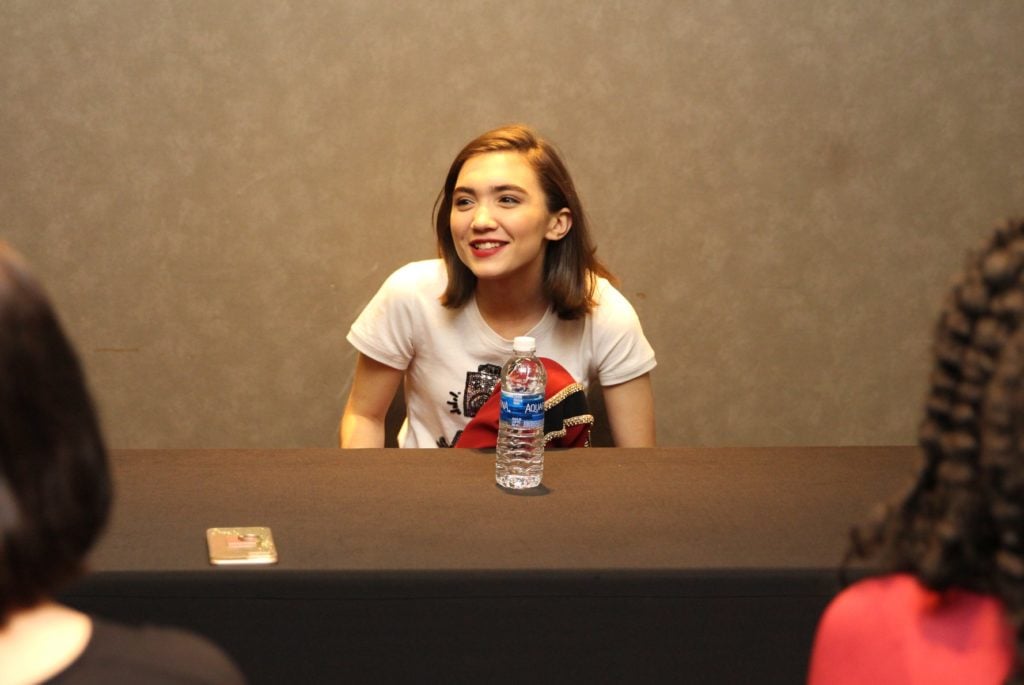 We asked Rowan Blanchard about what she learned from playing the bully in the Wrinkle in Time. We all know that every role typically leaves its mark.

It definitely made me aware of how the bully is always the person who’s hurting so deeply inside. This is such a stereotypical thing to say… but very true. I think we see that in one scene with Veronica – like the layers of her body insecurities and all of the things that teenage girls access every day.

One thing that I definitely learned so much through filming this was Ava let me shadow her as a director.  I learned a lot just about what I want to do later in my life through Ava. 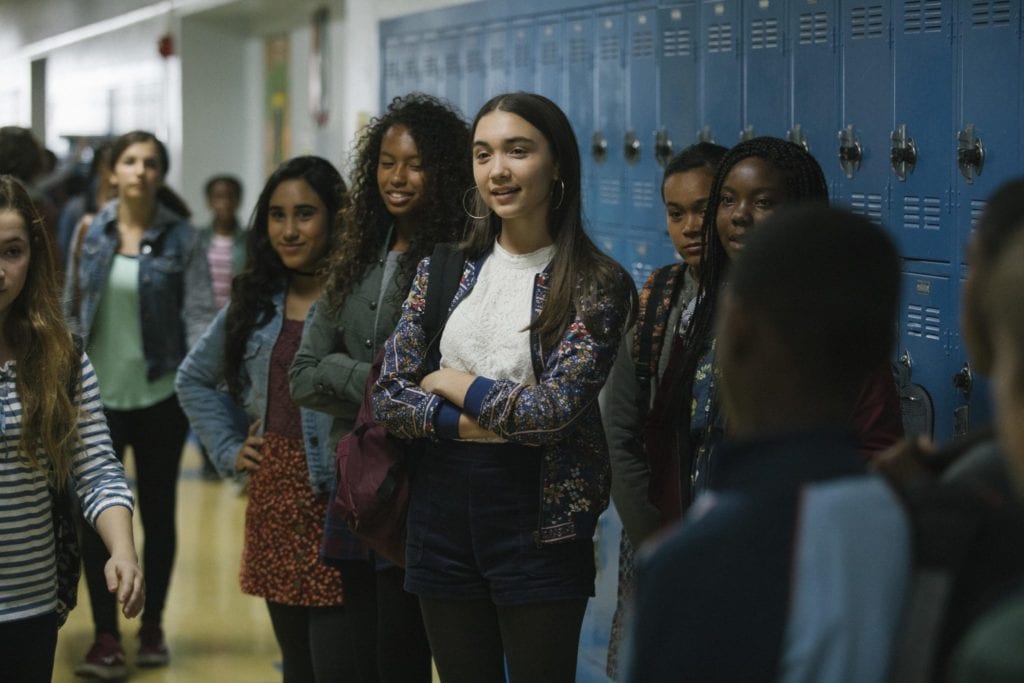 Working with Ava. Shadowing her! YEOW! What an experience! Rowan Blanchard admitted that at times she had to remind herself of her worth.

Rowan Blanchard on Self Worth

I have to give myself permission to be a warrior on the daily. It’s not something that is a very conscious thing where I feel totally empowered and fearless every day. There are some areas that I feel more confident than others.

Going off on that piano with Oprah, Reese and Mindy, I felt like the odd one out. I will tell you guys the truth. That’s where I have to say, I deserve to be here. I’m here – a part of something bigger than myself.

There’s just so many moments daily where I have to remind myself that it’s okay that I am in the room.

I love that last line. “It’s ok that I am in the room.” If you’ve seen Hamilton, you know there is a huge scene where it’s all about getting into the room. Being important enough to get invited into the room. Having the desire to be BIG ENOUGH to be included in the room.

It instantly made me think of that Broadway show. That was a moment that really resonated with me as well. I often times find myself struggling with this notion. Again, I was truly impressed to see Rowan Blanchard plugged into these emotions. 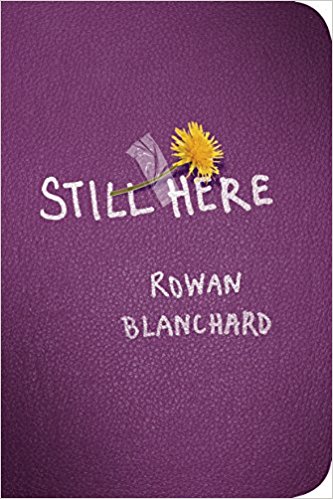 Let’s talk a little bit about Still Here! The book release coincided with the movie release which really worked out for Rowan!

I made this book called Still Here that just came out about a week and a half ago. It was just really important to me to have these concrete forms of how I view art. I think it is a lot more accessible than how we view art in a museum or how we think of art as a big painting.

I was really always inspired by my friends who kept diaries and whose thoughts were so pure and unfiltered. Being a teenager and specifically being a teenage girl – it’s just this point where your thoughts are not as informed by the outside world yet.

You’re still processing so much yourself that your writing is more unfiltered. I had 20 other contributors that helped me kind of compile this thing about teenage survival.

It’s cool that it’s sort of coming out during the time that this is. It feels like it’s a really cool time to be a teenager. It’s also a scary time. That’s cool. I don’t know. There’s a lot of feelings.

Featuring art and writing from her favorite photographers, poets, and friends alongside her own journal entries and snapshots, STILL HERE is an unedited look at Rowan Blanchard’s inner life–and a poignant representation of teen life in general.

Alongside Rowan’s own raw diary entries, poems, and personal photos are taped in letters, photos, and poems from her friends who inspire her, like the poet rupi kaur, photographer Gia Coppola, and writer Jenny Zhang, among others.

The result is an intimate portrayal of modern girlhood and a thoughtful reflection on what it means to be a teenager in today’s world.

It is obvious that this girl has a lot left up her sleeve. Writer, actor, humanitarian… and Rowan Blanchard is just getting started. I SO look forward to keeping up with Rowan and all of her upcoming adventures.

Wrinkle in Time is currently out in theatres! Get your tickets today.