This week, I had the opportunity to check out Pretty Woman on Broadway. If you are looking for a Pretty Woman Musical Review, you’ve come to the right place. I wanted to give you everything you need to know before heading out for a big day in the city. 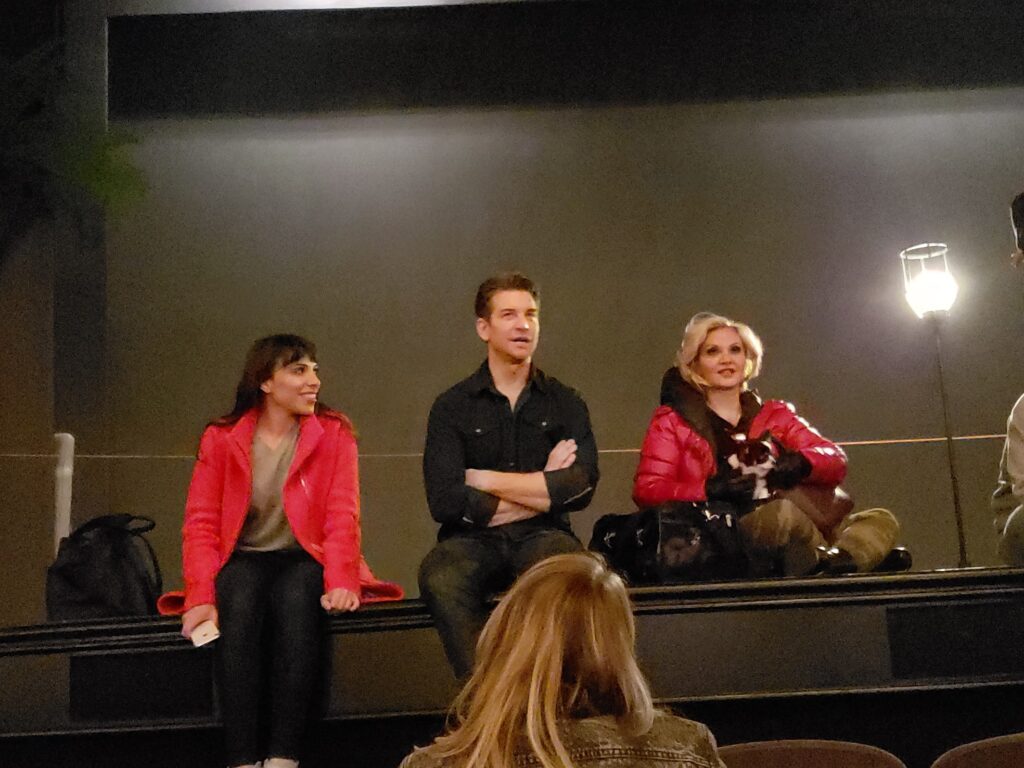 6 Things You Need To Know About Pretty Woman On Broadway

Manhattan is full of adventure and energy and sometimes you need an excuse to plug right into that. I was so thankful to be able to get a night out on Broadway with my mom.

Mother’s Day is right around the corner. Whether you grab a bunch of girlfriends or take your mother out for a whirlwind of a trip, there are a few things that I wanted you to know about Pretty Woman on Broadway before you picked out your seats.

Kit And Edward Are Married In Real Life

I’m about to blow your mind. So, Orfeh and Andy Karl are married in real life! Someone told me that before the show began which made watching Pretty Woman that much more interesting.

The play itself is pretty racy (I will get to that in a bit) and I kept thinking about how I would feel about my husband getting hot and heavy with another woman just a few feet away from me twice a day.

To be honest with you, I had a chance to interview Orfeh and Andy after the show and the two have been together for 18 years. It’s just “show business”. They are totally in love and work is just work.

While chatting during our interview, they even showed off their little chihuahua after the show. Love is love and Broadway is their passion.  You couldn’t find two more supportive people if you tried. A great partnership!

Here’s another fun fact about them: This isn’t the first show that they’ve worked on together either. In fact, they MET ON STAGE working together under another stage title almost 2 decades ago. Don’t you love that?

There Are Opera Singers

Before I even get into the opera singers, I do want to note that every one that is part of the Pretty Woman Broadway cast was incredible. Truly, incredible. Powerhouse singers.

But Pretty Woman isn’t a show that you’d expect to bring you to tears. It isn’t Le Mis… and it doesn’t dress itself up to be that way. But I have a confession.

A small scene inserted towards the tail end of the musical made me cry. Yup. It’s true. I love the Opera. Either you love it or you hate it, but I am one of those suckers that do.

When I saw the tides turn in the middle of the show to reflect an opera stage, I was utterly confused. I wasn’t clear on WHO in the cast could pull off such a feat. And BOY was I wrong!

A man and a woman, in a scene that maybe lasted somewhere around 5 minutes, brought me to tears. It was truly beautiful. And if you’ve never seen the Opera before, perhaps this little taste will give you exactly what you need to move onto a full-blown show. 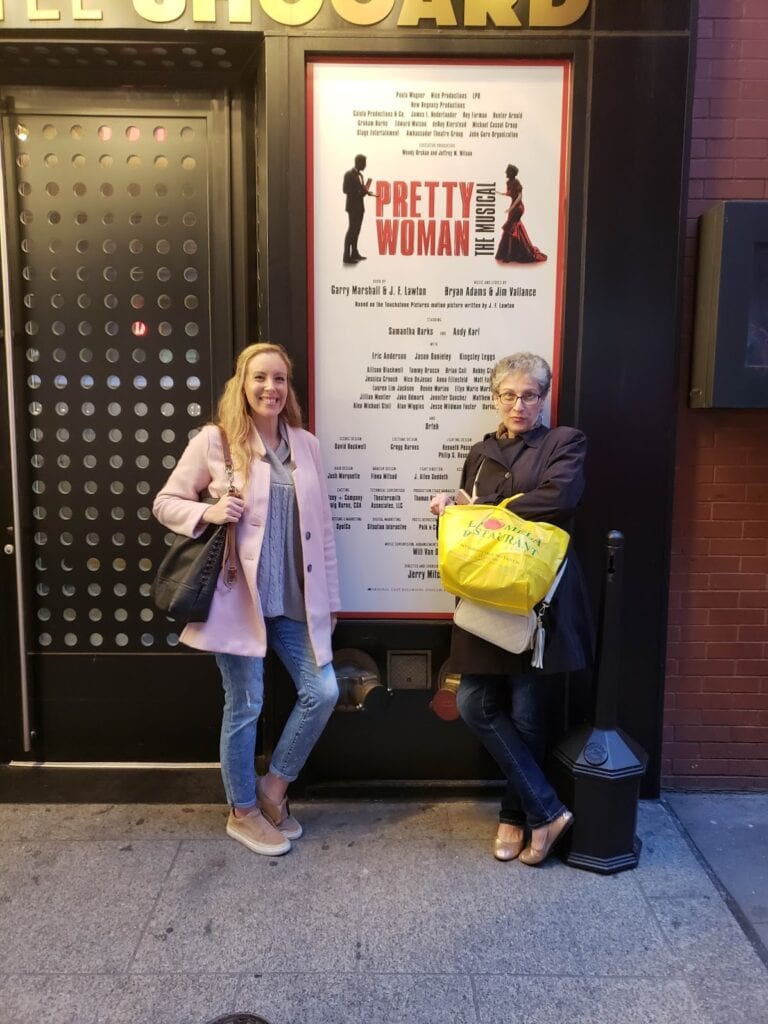 I know you want to know if the Pretty Woman Musical is anything like the movie and the answer is YES. The entire musical opens up and Samantha Barks – who plays Julia Roberts’ Vivian Ward – is in that tight blue skirt with the white tank top number.

You know the one that’s attached with the silver piece of jewelry around the belly button? She even had on the maroon band jacket and a kick-ass pair of stiletto knee-high boots.

Did I mention the blonde wig? Yes – it was an exact replica of the infamous intro scene.

It would have been a big mistake, HUGE… mistake for them to leave out other iconic moments as well. And I won’t tell you all of them because I want you to see them with fresh eyes.

But anything I was looking for I found. If you liked the movie, you will be able to follow along with the Pretty Woman musical with ease. 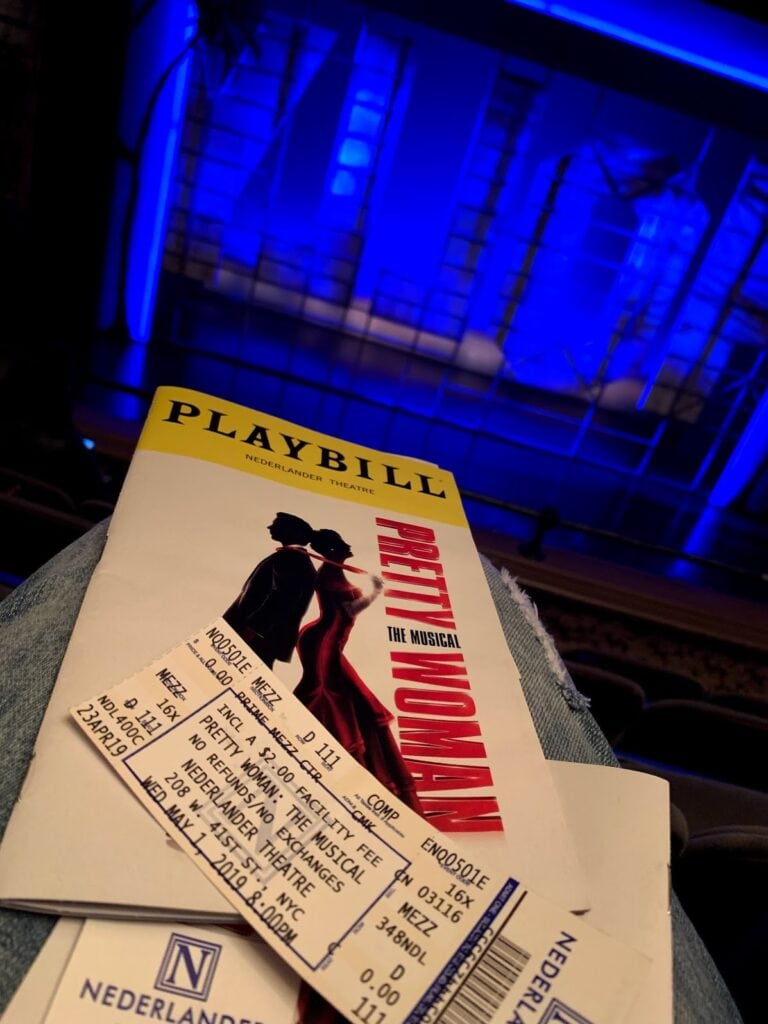 I would hate myself if I didn’t include this in the write-up because as a parent, I feel the need to spread the word. I do not recommend taking children to see this show. I’m talking about your 15-year-old children, as well.

The sex scenes are graphic. Not only are they graphic, but they are about 17 seconds longer than they should be.

I get that Pretty Woman is about a prostitute, and we need to have some moments of sex included in order to portray that idea, but I only need 3 seconds of the concept to register that “it’s” happening.

In case you think I’m a prude, let me give you an example –>

At one point, Vivian took a pillow and threw it on the floor so she could kneel on it. Then she took her shirt off, got on the pillow on her knees, and unbuckled Edward’s pants… and then they began to make out.

Right before she started to work her way down, the lights went off. So, if you want to bring your 15-year-old along – that’s up to you. But I had to let you know.

People in the crowd at the end of the show were giving the cast a standing ovation. Not everybody thought the sex was overdone.

Maybe it was just me. The woman who sat next to my mother almost gave herself a heart attack how loudly she was clapping. So, to each his own. But that’s the 411, my friend.

If you listen to the music and think that is all feels absolutely warm and familiar and like your childhood, then you will be happy to hear that Bryan Adams is behind all the tunes!

When I was listening to the lyrics and feeling the vibe of it all, I swear I kept thinking to myself, “this could be on the radio”! And then when I found out that Bryan Adams penned the Pretty Woman soundtrack, it just made complete sense to me.

Even the way that Andy Karl sang felt very Bryan Adams to me! So, if you like Bryan, then you will love Pretty Woman Broadway. 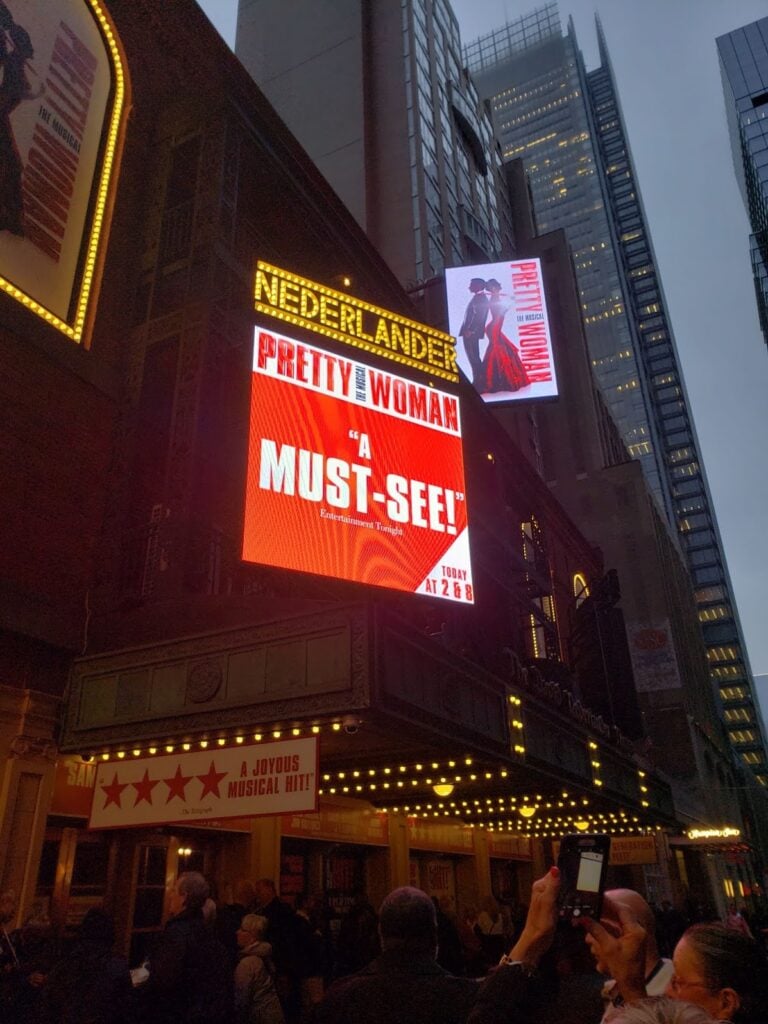 The Pretty Woman show is located right in the heart of Times Square. Your party begins at the Nederlander Theatre  – 208 W. 41st Street, NYC. Box Office Hours are  Mon-Sat: 10am-8pm and Sun: 12pm-6pm.

There are so many places to eat all around the theatre, but if you can, I would make a reservation just to be safe.

Were you a fan of Pretty Woman the movie? Looking forward to seeing Pretty Woman on Broadway? Will you make it a date night? A Mother’s Day gift? A girl’s night out? Any way works!

*This post is made possible by support from Pretty Woman: The Musical. All opinions are my own.