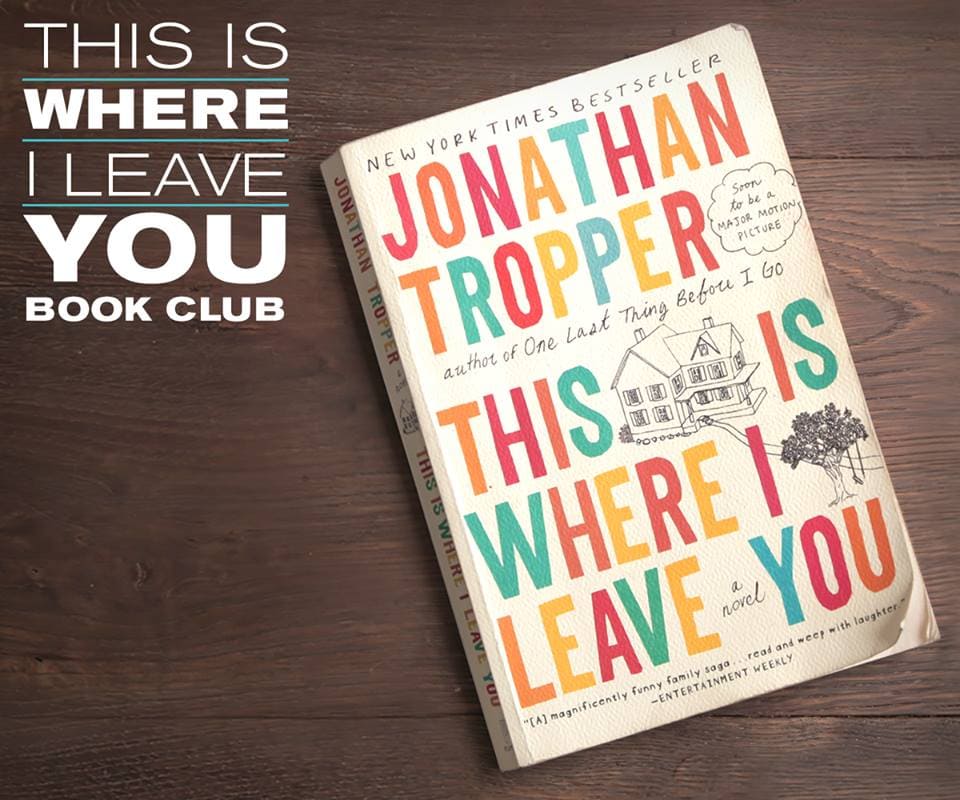 I have a new book to put on your radar — ‘This Is Where I Leave You‘. It’s been adapted into a film and has a few great names attached which means………. you need to read the book first! The cast will lure you right into the movie theatre. I know it. But the movie just doesn’t give you what the book can, right? I mean — what about all those extra details – the scenes they just can’t expand on? Those moments can only be found in between the pages.

Join Warner Bros. Pictures’ #TIWILY book discussion on the film’s Facebook page each Wednesday, and take part in the conversation for a chance to win signed movie posters and a trip to the premiere in Hollywood! Double bonus — you get to dive deep into a great read PLUS enter to win some great prizes. 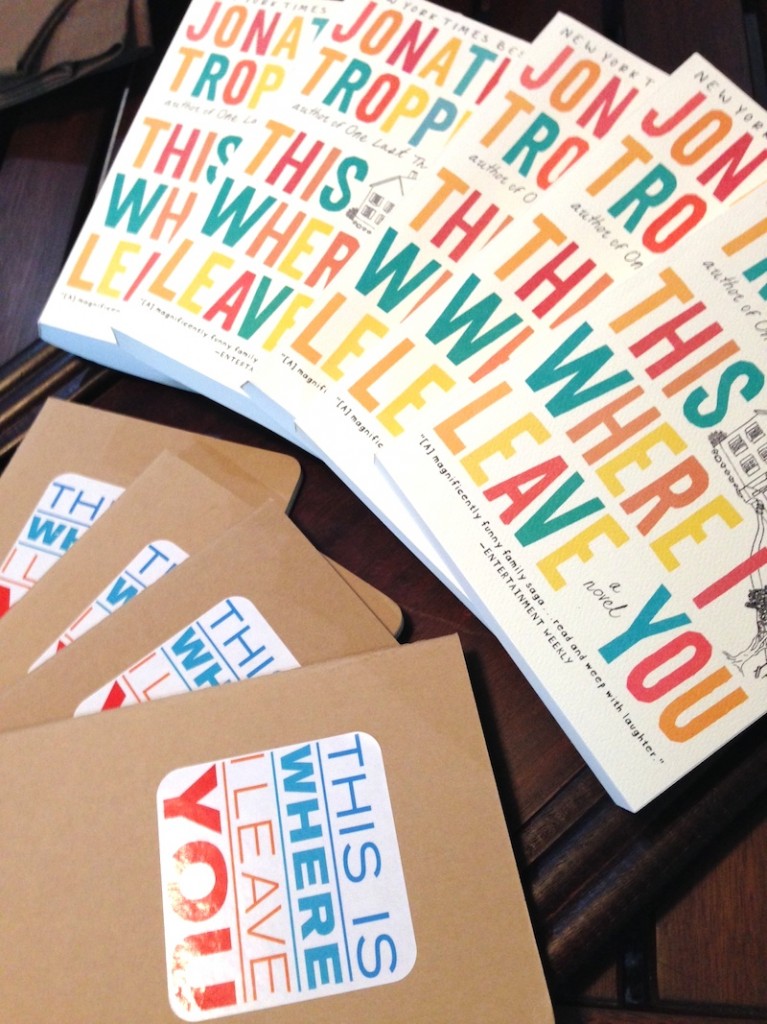 I’ve been writing about book clubs lately – sort of obsessing over them. I thought this would be a great one for my little group because it hits on every topic – love, marriage, divorce, family. Here’s the synopsis:

The death of Judd Foxman’s father marks the first time that the entire Foxman clan has congregated in years. There is, however, one conspicuous absence: Judd’s wife, Jen, whose affair with his radio- shock-jock boss has recently become painfully public. Simultaneously mourning the demise of his father and his marriage, Judd joins his dysfunctional family as they reluctantly sit shiva-and spend seven days and nights under the same roof. The week quickly spins out of control as longstanding grudges resurface, secrets are revealed and old passions are reawakened. Then Jen delivers the clincher: she’s pregnant.

Completely relatable – completely an over-the-top representation of a dysfunctional family – completely intriguing!! ? Lots of twists and turns with this one. A book you won’t be able to put down. Share it with your friends over a glass of wine and have discussions about your take on this dramatic (yet humorous) tale.

If you don’t have a book club of your own, you can absolutely join the virtual one that Warner Bros. Pictures’ is hosting on Facebook. Either way, click on the link and start chatting! 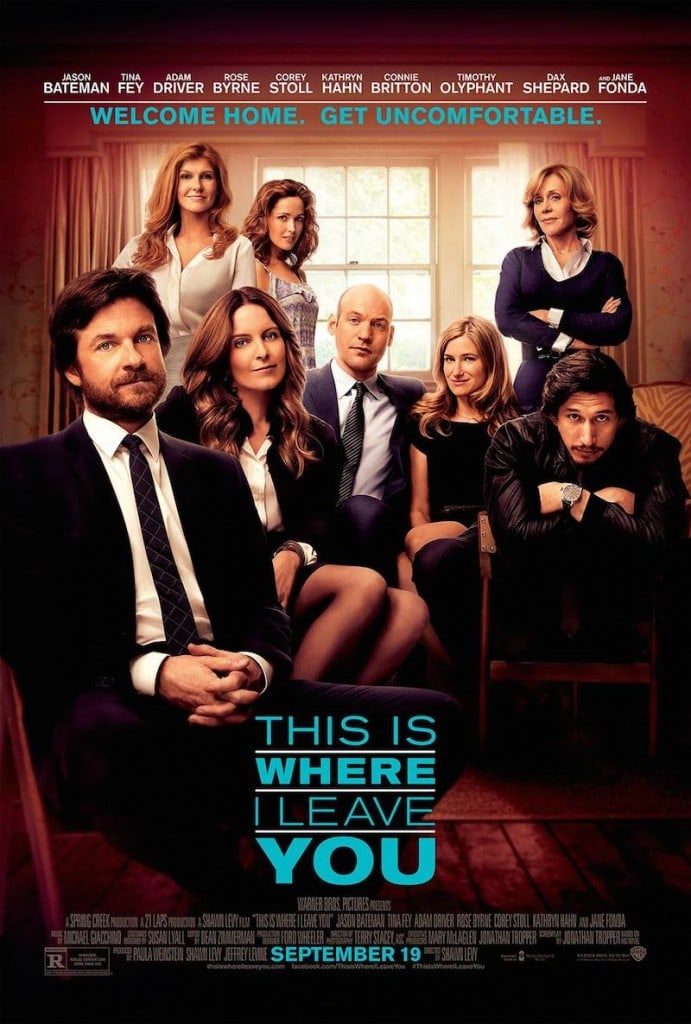 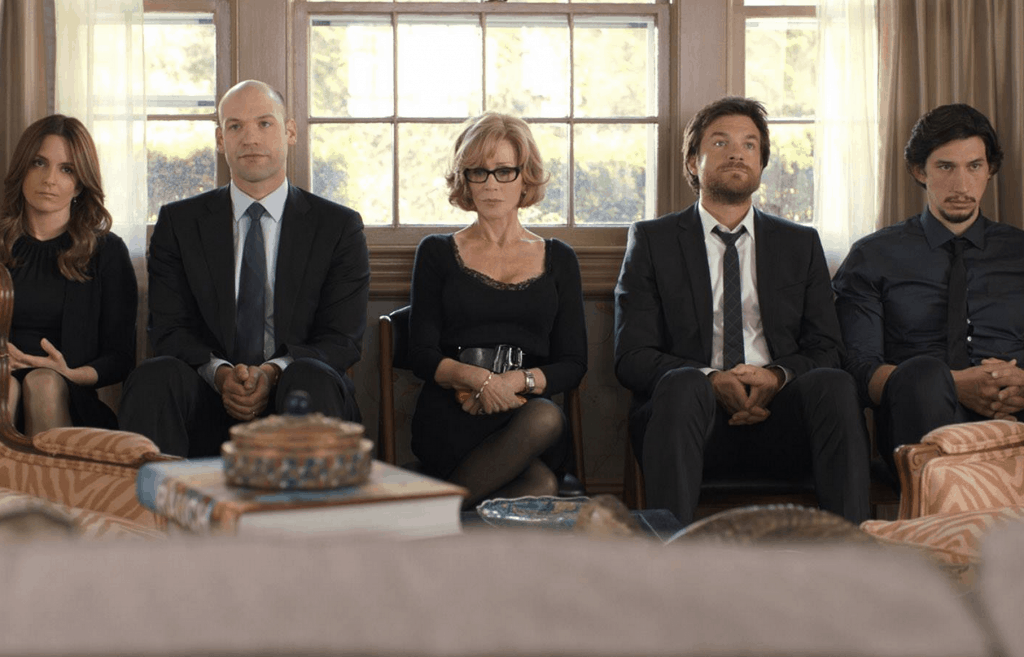 Now, onto the movie — but trust me!! You should read the book first before going to see this in theatres on September 19th. I know the cast is amazing. I know that you are a movie kinda girl. But it’s ALWAYS BETTER TO READ THE BOOK BEFORE SEEING THE MOVIE. That is what I do — all the time. If I see something that is coming out and I know I am going to go and watch it, I get the book first.

LOVE JASON and Tina!! Anyone else???

This Is Where I Leave You – In Theaters September 19

When their father passes away, four grown siblings, bruised and banged up by their respective adult lives, are forced to return to their childhood home and live under the same roof together for a week, along with their over-sharing mother and an assortment of spouses, exes and might-have-beens. Confronting their history and the frayed states of their relationships among the people who know and love them best, they ultimately reconnect in hysterical and emotionally affecting ways amid the chaos, humor, heartache and redemption that only families can provide—driving us insane even as they remind us of our truest, and often best, selves. 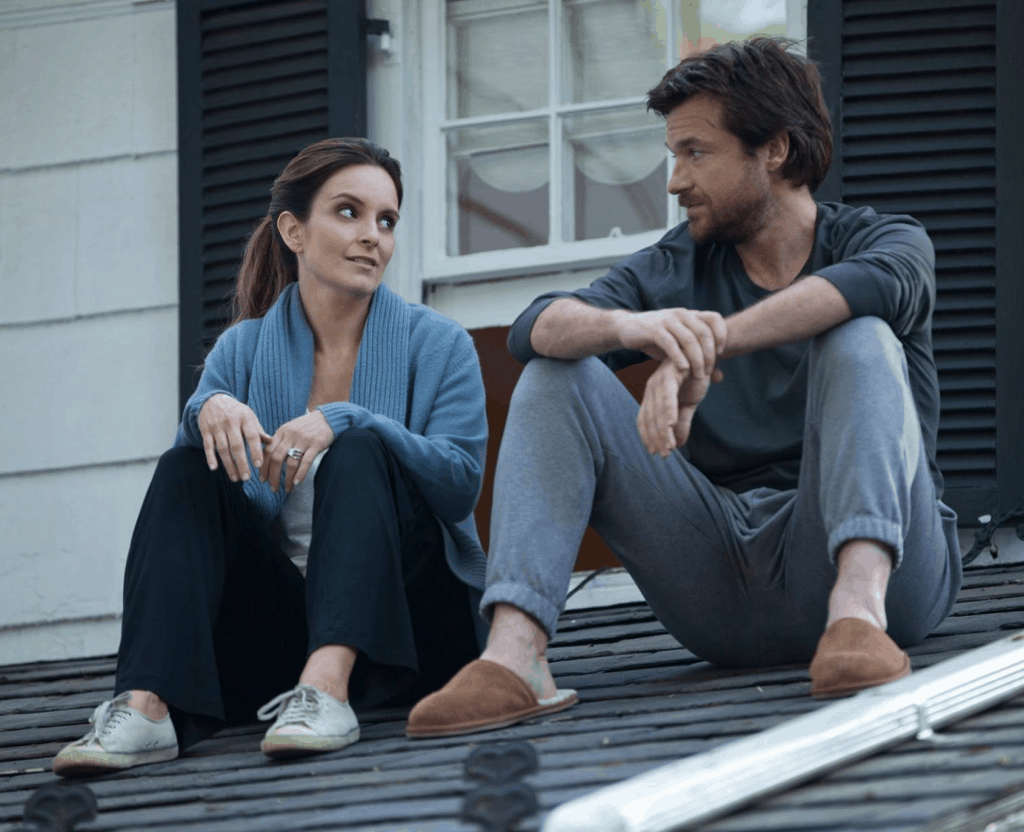