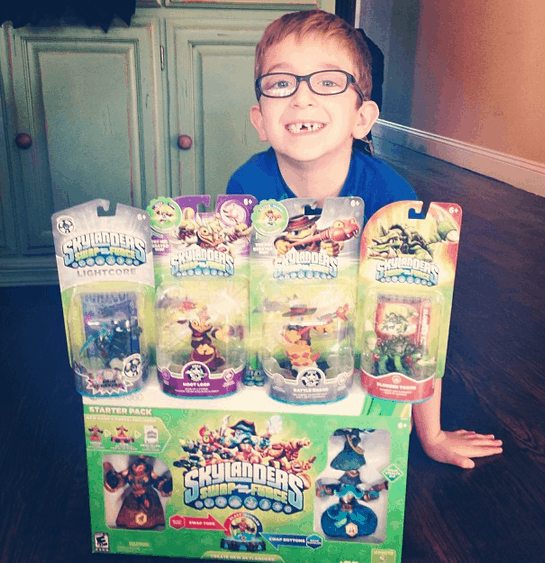 Yup. The Skylanders SWAP Force has officially hit the market and we’ve been playing since the crack of dawn! Talk about breaking the rules! This game certainly mixes things up… literally. With Skylanders SWAP Force you can actually mix and match the characters and create up to 250 different variations. All you have to do is swap out the tops and bottoms of the action figures to create new powers and moves. WHAT?! You know I’m a gamer. You KNOW I’m all over this.

Fans also can play Skylanders SWAP Force with their entire collection of 100+ characters from Skylanders Spyro’s Adventure and Skylanders Giants. 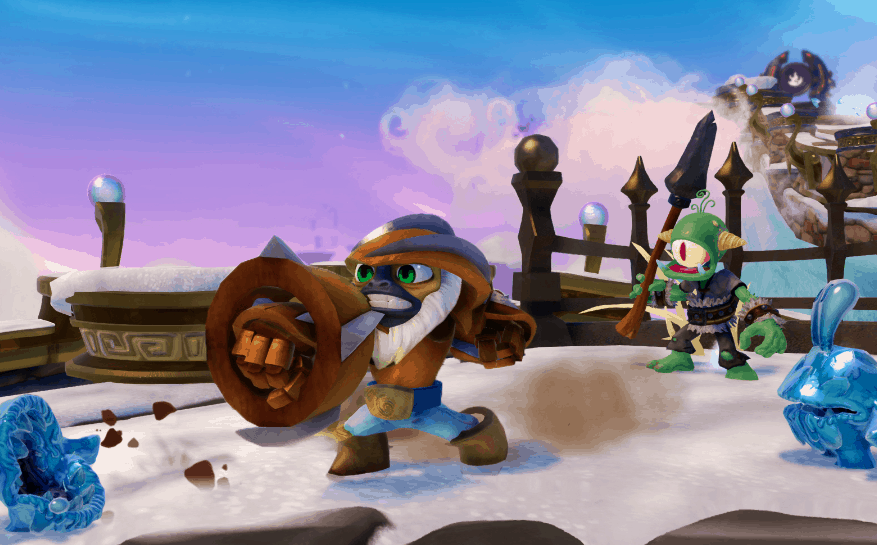 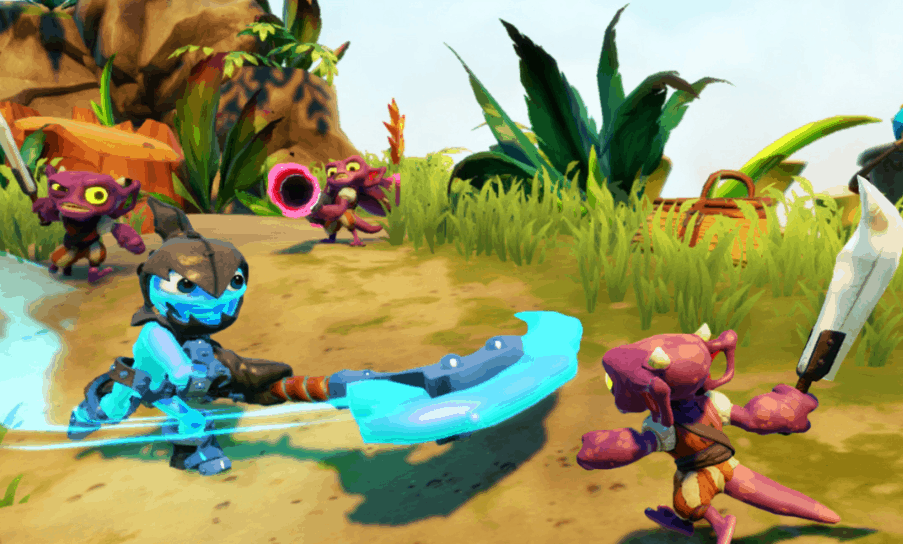 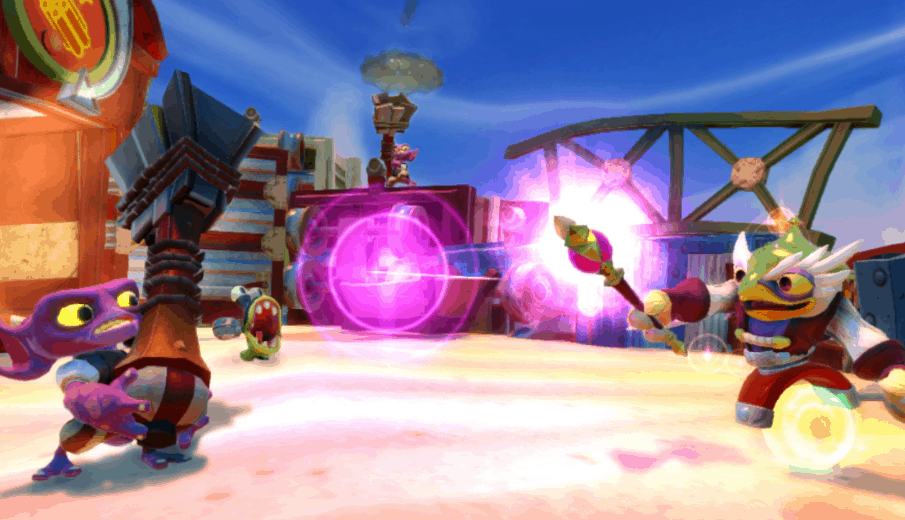 Skylanders SWAP Force features new abilities, 16 new core characters, eight new LightCoreTM characters and 16 new versions of fan favorite Skylanders from previous games. My children do not know what to do with all of their excitement. They are playing right now as I am writing this post and they are SHOUTING at one another with JOY. I just LOVE watching this in action. 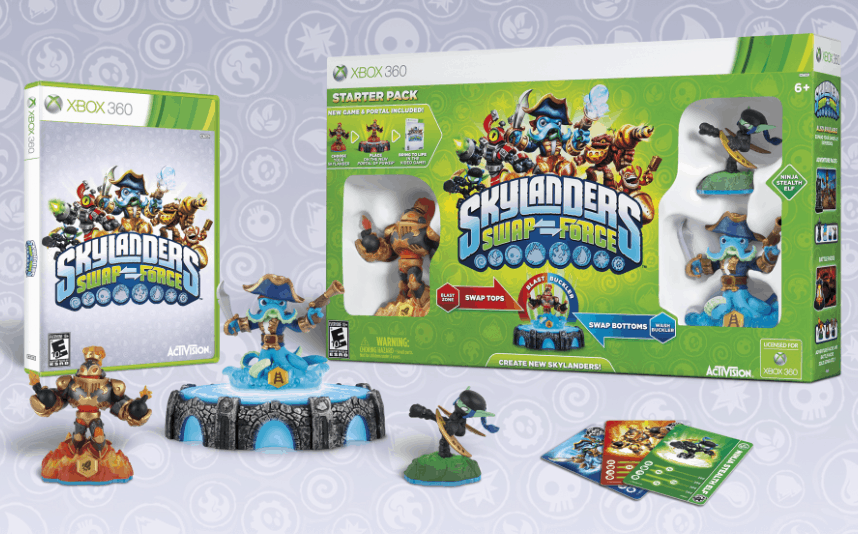 Exciting Adventure – Portal Masters will embark on a brand new adventure, encountering never-before- seen enemies and challenges, as well as meeting memorable non-playable characters who can help the Skylanders defeat Kaos and his minions in the Cloudbreak Islands.

Unique SWAP Force Zones – Skylanders SWAP Force characters feature new abilities – such as flying, climbing, digging, bouncing, or teleporting – each of which can be explored in new areas of Skylands.

Assortment of Gameplay Modes – Players will be able to experience various Survival and Battle Modes, all featuring vibrant, action-packed arenas and environments where Portal Masters can test the true strength of their Skylanders.

Rival Mode – Two-player “versus” mode where both players must fend off waves of enemies; the player with the higher score wins
Battle Arena Mode – Player vs. player-style mode that lets Portal Masters pit their Skylanders against each other

Can you stand it?! We are SO EXCITED! Full disclosure – I buy the Skylanders books and I beat the game at 100% each time (not my children). I’m the one that has to find every last darn thing! HA! So you know when the kids are in school I’m going to be playing this game without them. 🙂 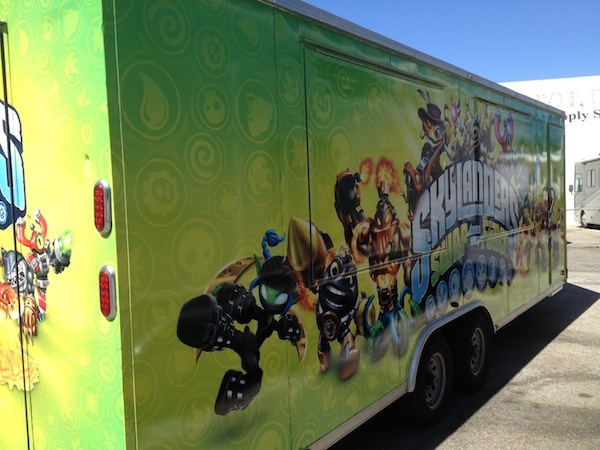 And to help celebrate the launch of Skylanders SWAP Force even further, we are hosting a party for our friends and family with a Game Truck! For three hours, kids will have the chance to play the new game and fall in love with the new team in front of my house. I can’t wait! More on that when it happens.

Available for most consoles! Visit here for more information!