I just returned from the Ralph Breaks the Internet LA Movie Premiere and had the time of my life. Not only did I get to catch up with some really great gals, but I watched a super fun movie that I know my children will absolutely love. Ralph and Vanellope did it AGAIN! They brought me on an adventure, sucked me into a world of bright colors and endless opportunity, and left me begging for more. I walked out of the theatre ready for round TWO which means that November 21st can’t come fast enough. Ralph Breaks The Internet and I am so happy he did. This jaded NYer needed a few laughs (and tears). But let’s talk about the Ralph Breaks The Internet LA Movie Premiere because that’s what this post is all about! 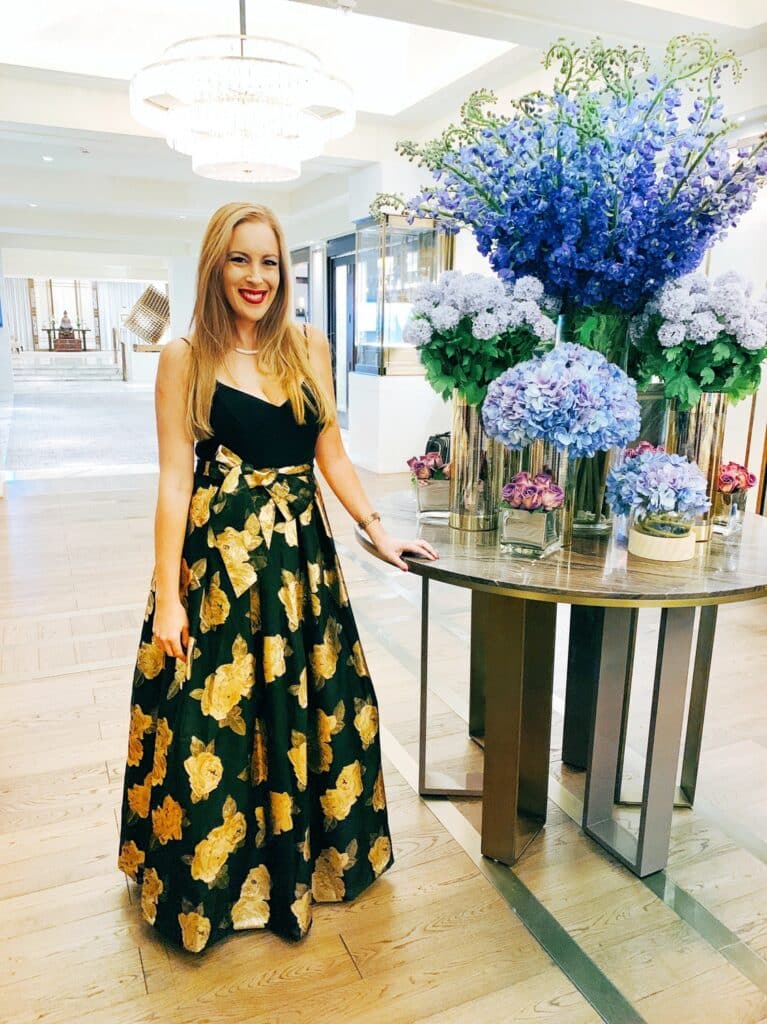 I want to start this post by talking about my dress because I’m an only child and that’s what my life is all about. The Eliza J Metallic Floral Gown was a bit of a splurge. I am not going to lie. BUT HEAR ME OUT! I didn’t want to buy something that I would never wear again and I needed something to wear to an upcoming wedding I have on the books. SO, I doubled dipped. I bought a dress for the red carpet that I knew I could also wear again next month to my friend’s wedding. I am going to get lots of use out of this one because I am OBSESSED WITH IT OH MY GOD. Like I said… it’s not cheap. But neither am I…. AMMMMIIIRRRRIIIGGGHHHHTTTT? WOOT! Ok, now onto the big day! 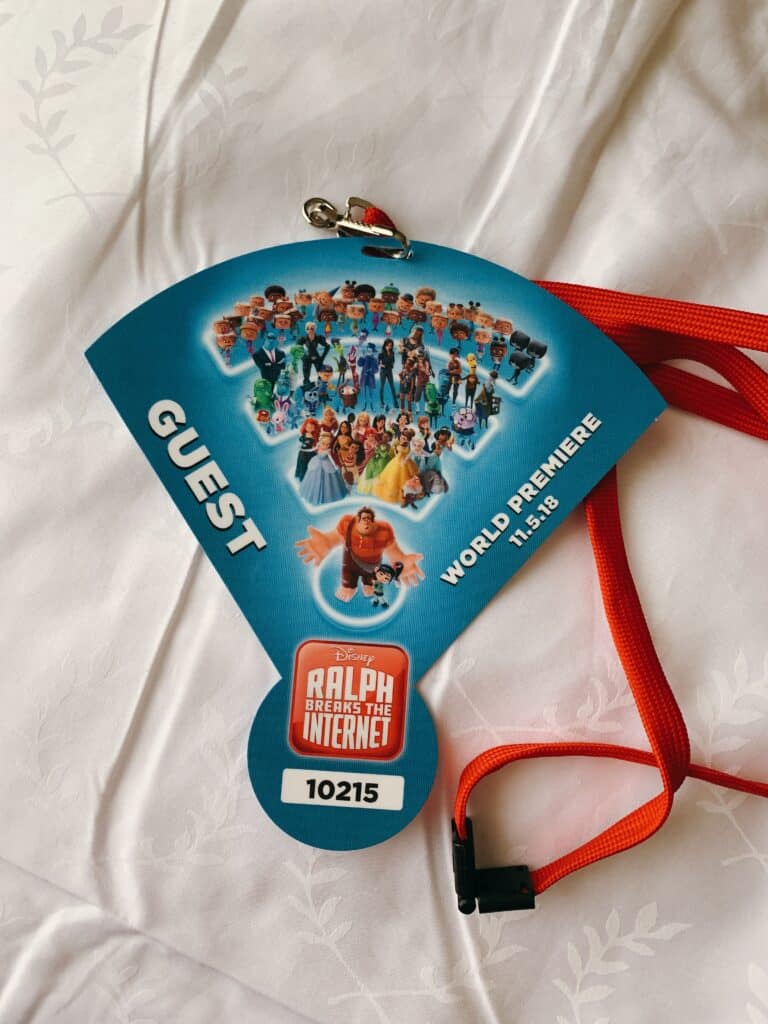 Everyone gets one of these fancy badges and you aren’t allowed to show it online until AFTER the event because there are people at home with fancy, high-tech printers waiting to replicate the designs and sneak in. I know it’s sort of possible, but I wouldn’t be able to stick figure this badge if my life depended on it. I still can’t fathom that people out there could MAKE one of these on the fly. But apparently, it is POSSIBLE. So,  here is what the official Ralph Breaks The Internet LA Movie Premiere badge looks like now that I can technically show you. 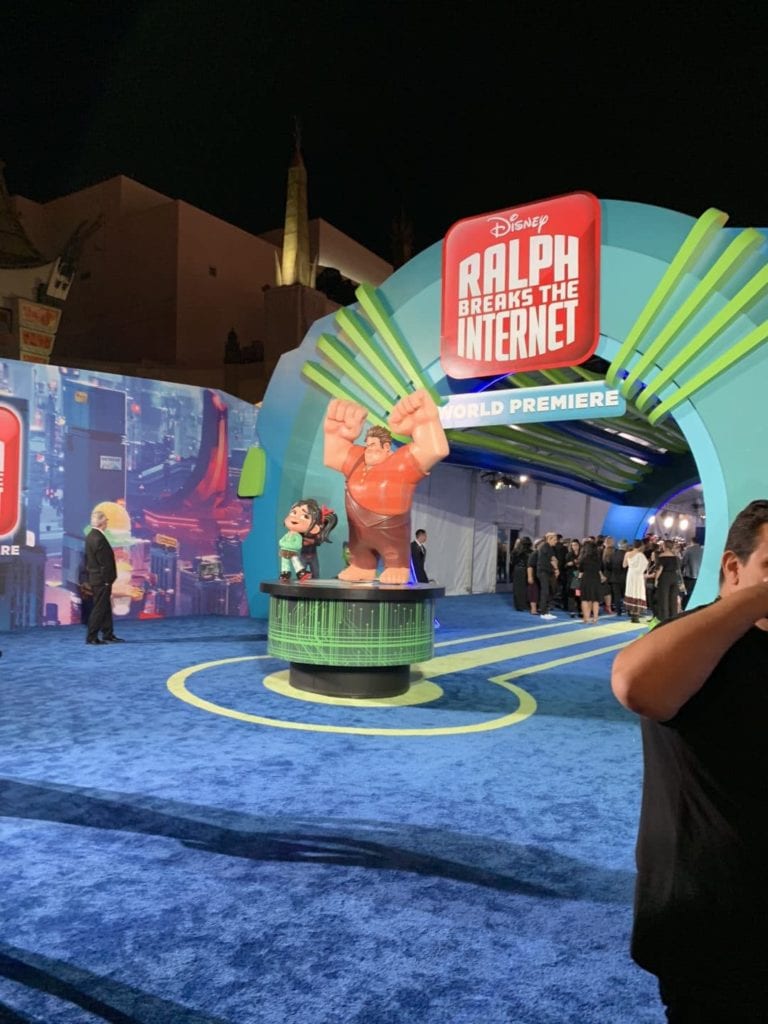 The red carpet was actually blue for the Ralph Breaks The Internet LA Movie Premiere. Truth be told, movie studios usually change up the carpet to go with whatever theme they have going on for their movie. It makes sense. I heard that the dress code for this movie was “Internet something”. Darnit… I forgot. Internet chic? Internet tech? Internet glowing? Something like that. So, I guess the blue felt like energy. More so than RED.  As guests walked onto the red carpet, it felt like they were walking INTO the Internet – very similar to what happens in the movie. NO SPOILERS! Calm down.

The entire red carpet is lined with photo opportunities. One huge wall display after the next. You can stop and take as many pics as you like… within reason. They do have to keep the flow moving. So, when you walk a red carpet, you can take your pictures, but you have to do it quickly. 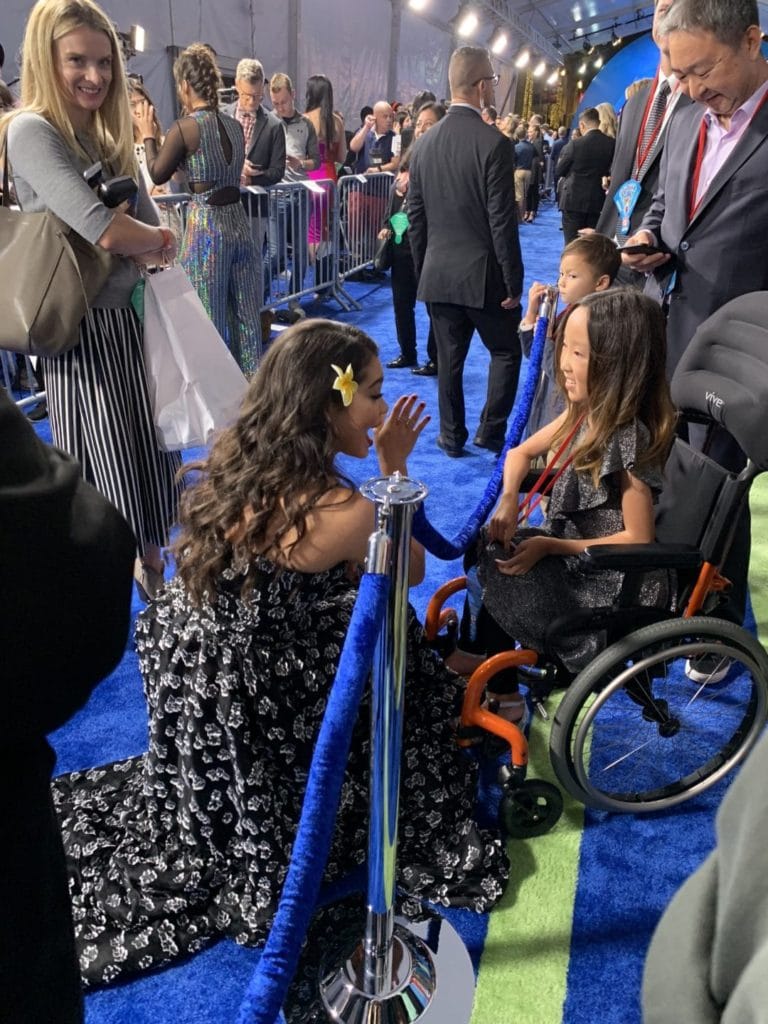 And then of course, you have to stop taking pictures of yourself so you can WATCH to see what is going on around you. I noticed this beautiful moment between Auliʻi Cravalho – the voice of Moana – and an attendee. Most of the princesses were engaging with premiere guests and it was just the most wonderful thing to witness! Everyone was so excited about this movie! The PRINCESS SCENE IS EVERYTHING OH MY GOODNESS! 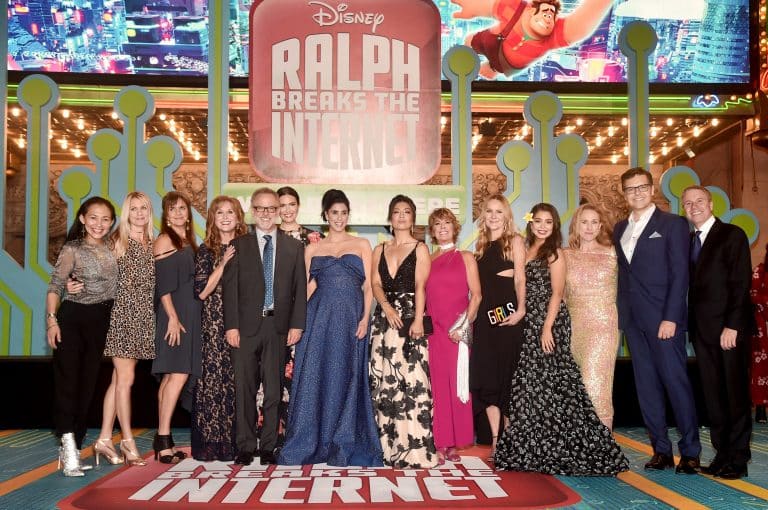 I know I can’t speak for the cast because how on EARTH could I know what any of them felt that night, but I will say this — I have a feeling everyone in this picture was very proud of this film because the final product was absolutely fantastic! Everyone in the theatre was laughing and crying and clapping. It was an experience that was felt by all. Great stuff! 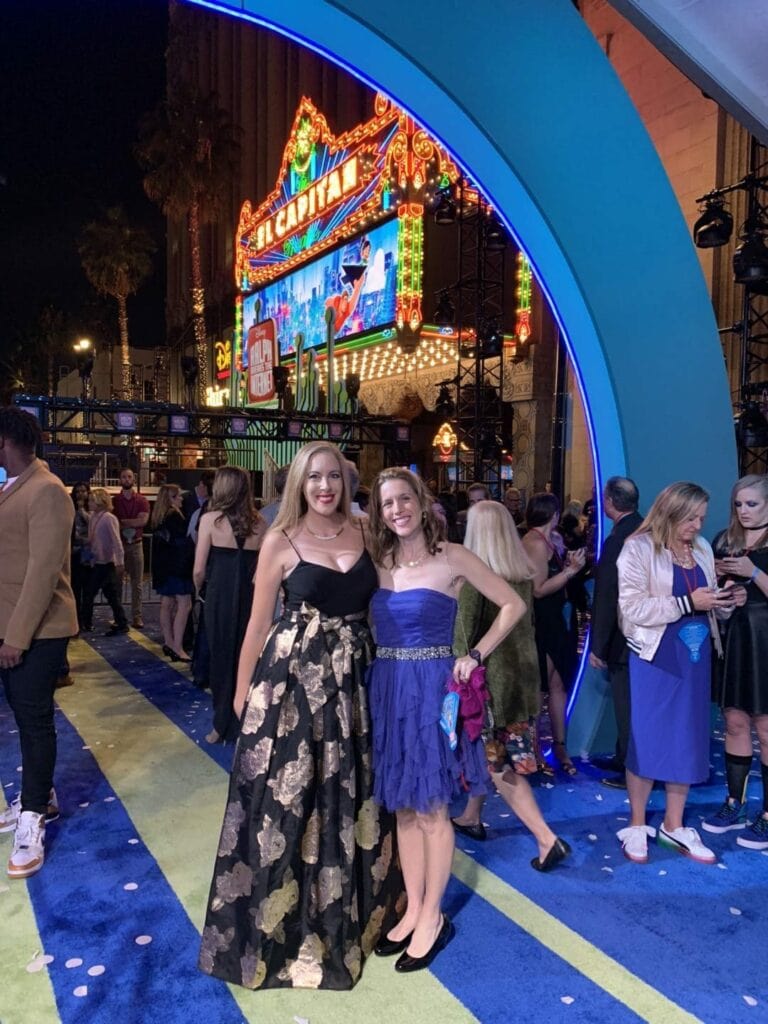 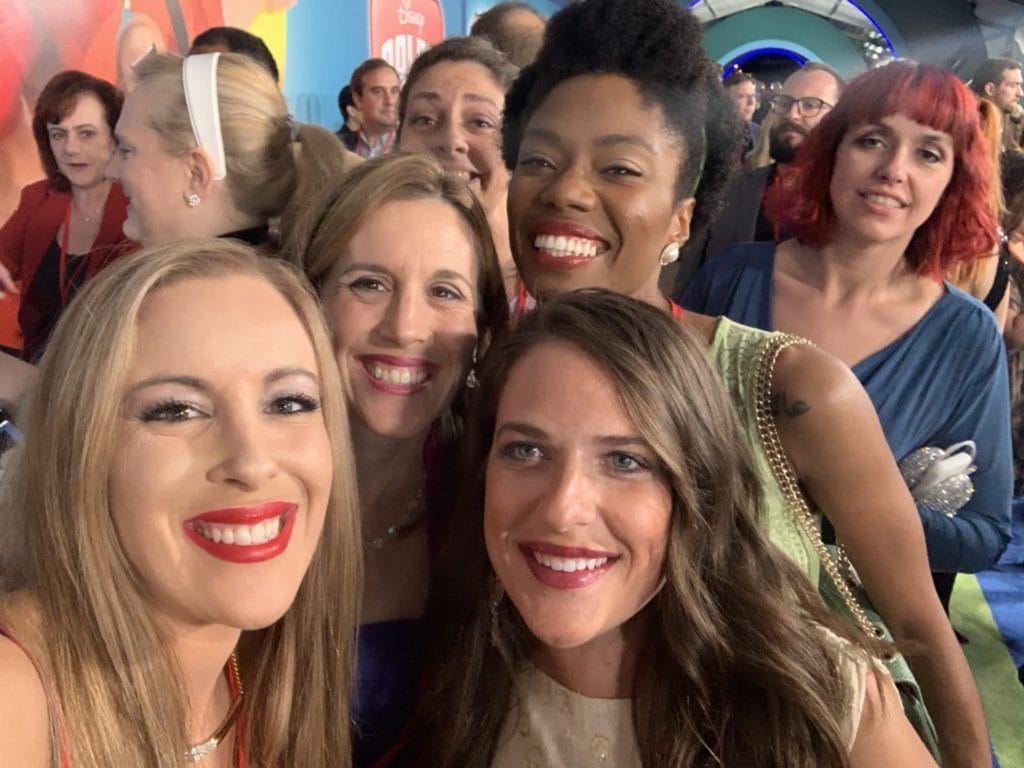 Before I end this post, I want to talk a little bit about the surrounding area of the premiere. The block is obviously gated off, but the streets are lined with fans. Depending on how big the film is determines how far back it all goes. People just want to be NEAR the red carpet. They want to feel the energy of it all. Watch the people as they walk onto it and experience even just a moment of their night. This was my 11th trip with Disney and I don’t take that lightly. I appreciate every trip. I don’t take these moments for granted. I am absolutely grateful that I get to be on the other side of those gates because movie watching is very much a part of who I am.

I also tell people that I don’t really have any hobbies. I’m not a runner. I don’t really have an artistic bone in my body. But I love the movies. I have a true passion for the movies. I can sit and talk with you about deeper meanings and trailers and come up with my own interpretations of what we just saw. I. Love. Movies. So, to go to a premiere and to sit amongst the people who create the things that bring me and my family such joy – especially the powerhouses that are Marvel and Disney – it is a true blessing.

This was a beautiful night. 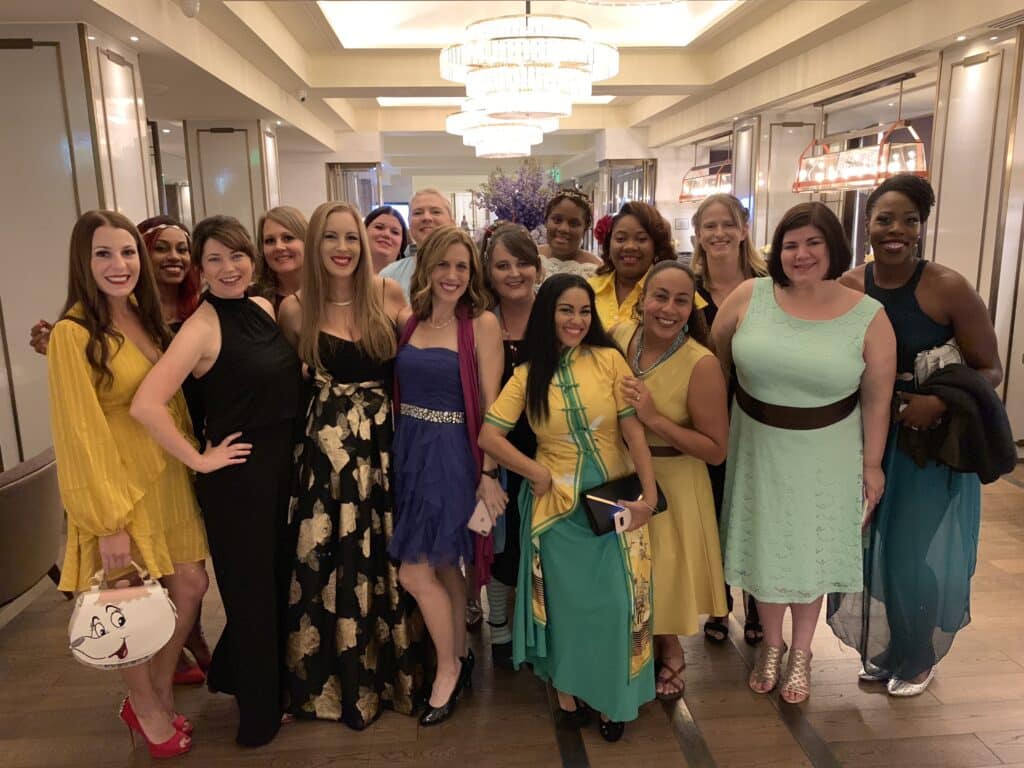 And I got to do it with some incredible friends. 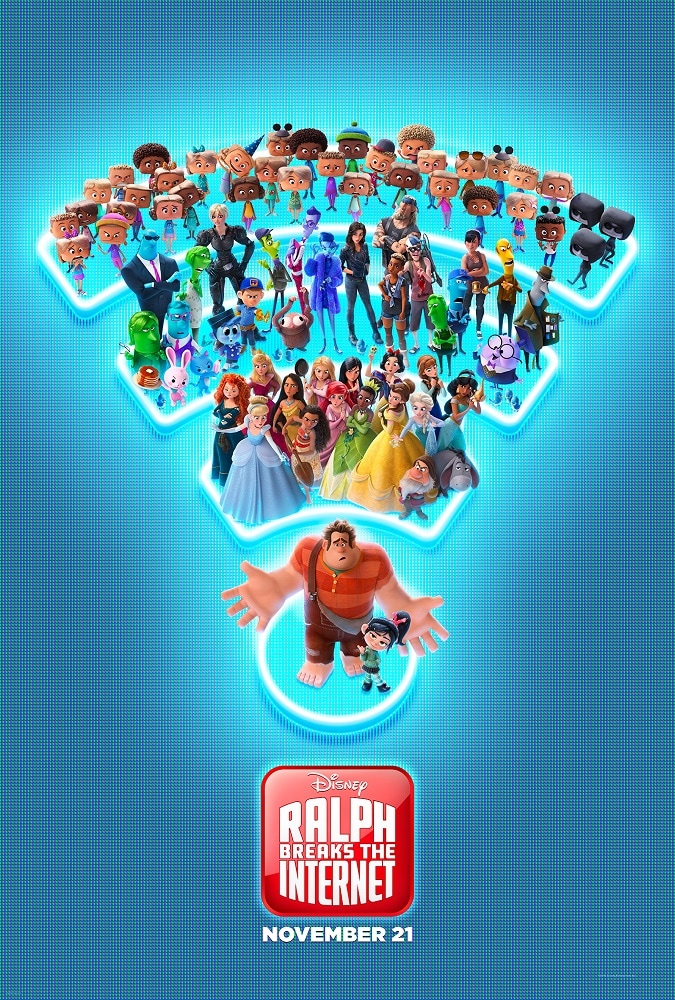 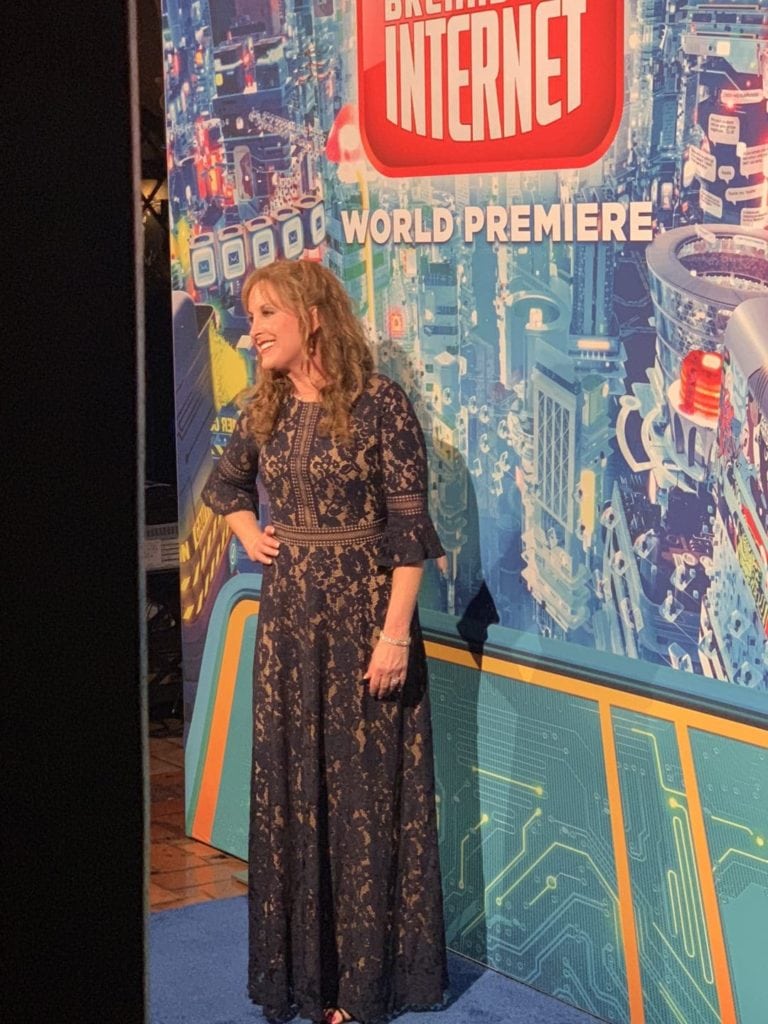 At the Ralph Breaks the Internet Premiere After Party, there were a few celebrities floating around. One of the ones that I absolutely was head over heels about was Jodi Benson – the voice of Ariel! She was with her daughters and I didn’t want to bother her. So, I snapped this photo of her as she was taking a photo. THAT IS ARIEL! AHHHHHHHH 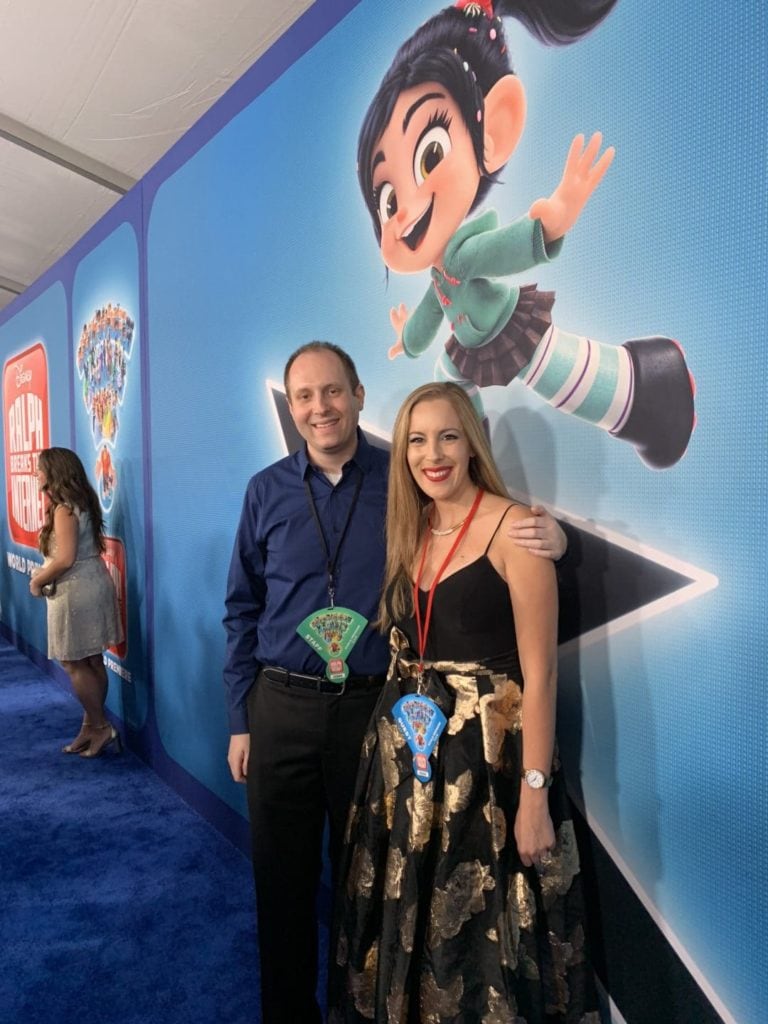 Great day with friends. Great few days with friends – Marshall is the man with the plan. He always makes sure that our time on the red carpet is unrushed and magical. It’s like he was born with mouse ears! Disney is in his blood! He truly has the perfect job. So thankful that I attended the Ralph Breaks The Internet LA Movie Premiere because not only did I get to see a movie that I know my children will love, but I walked a red carpet in a dress that I love with friends and made memories that will last a lifetime.

I have a full movie review coming up – be on the lookout!

Want To See Some Other Red Carpet Premieres? 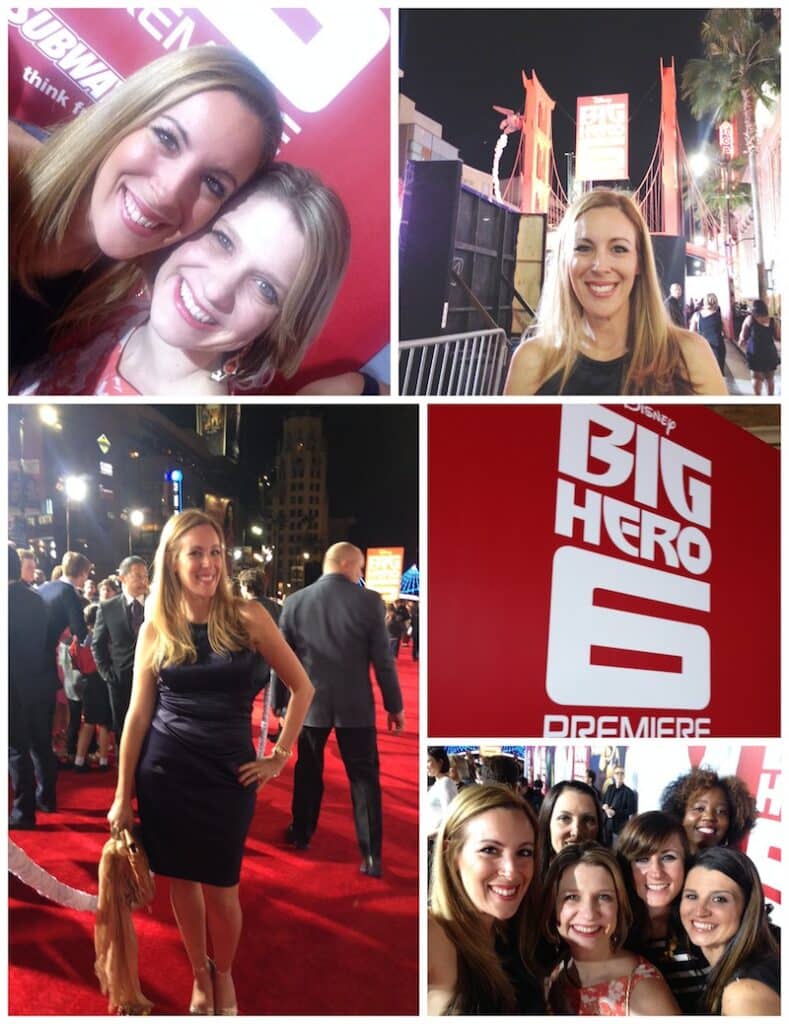 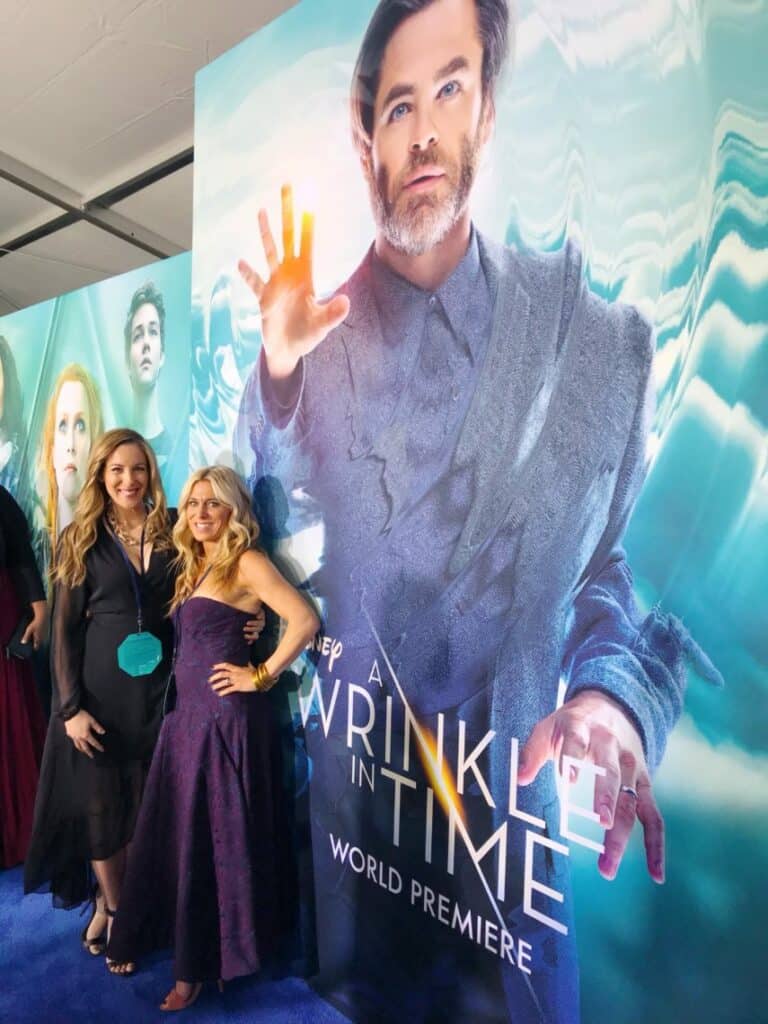 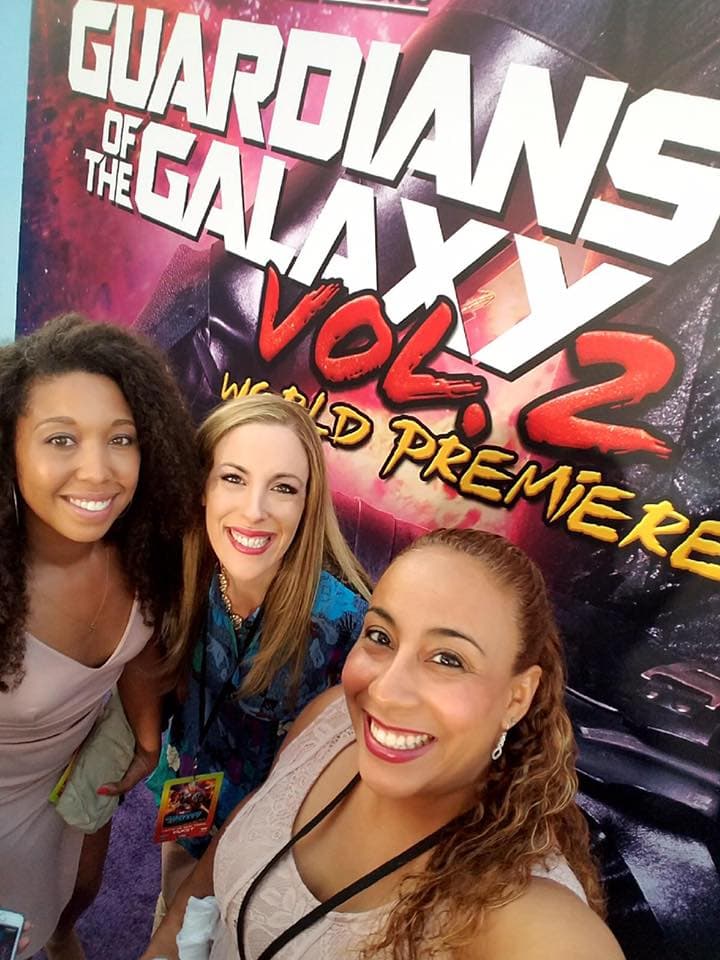 Guardians of the Galaxy 2 Premiere 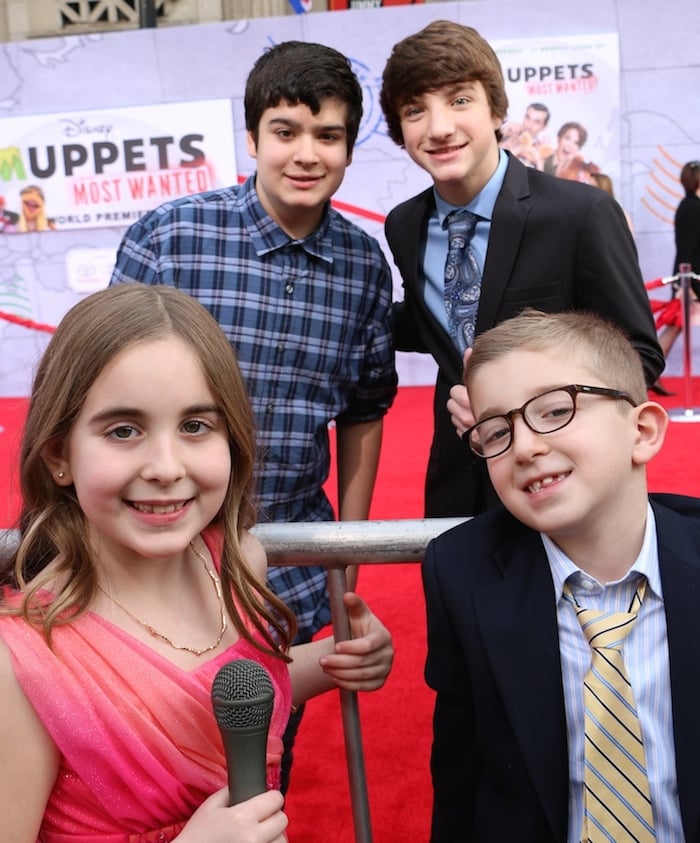 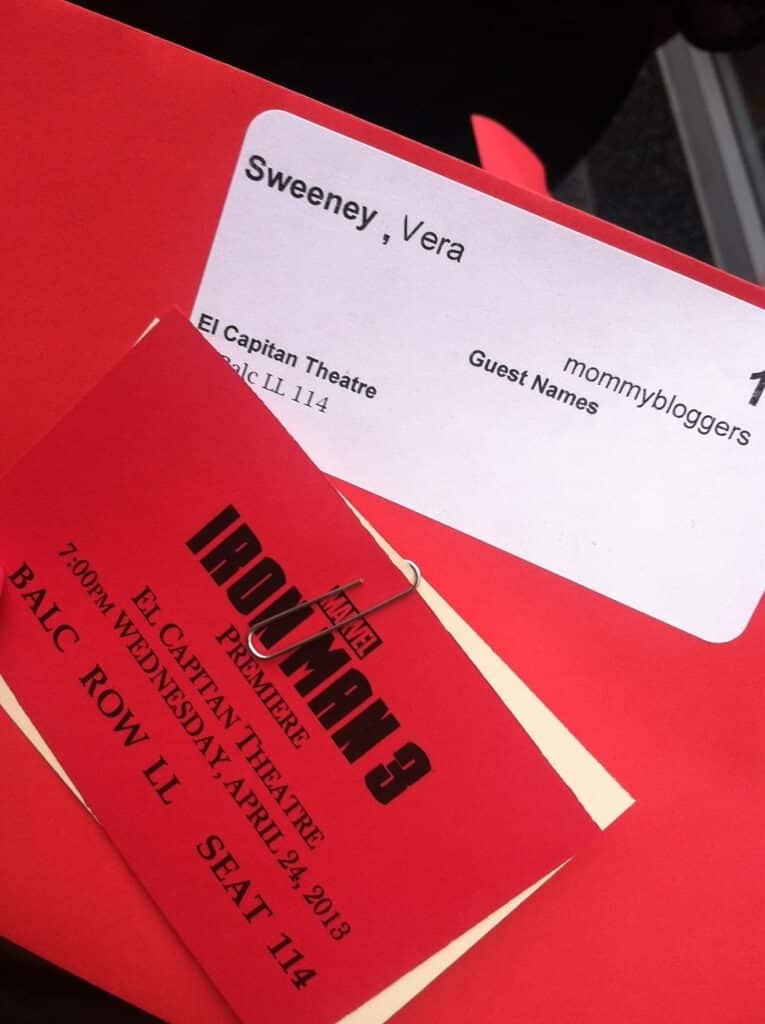 And if you are into Star Wars, my friend April attended the Rogue One: A Star Wars World Premiere Red Carpet! Go and check it out!