This month People En Espanol held their 5th annual festival at the Jacob Javits center where I was invited to a special sneak peek screening of never-before seen footage from the new Disney film Moana, followed by a sit down chat with panel speaker & Tony award winner Lin-Manuel Miranda of the famed Broadway show Hamilton who is part of the dynamic team behind the music for the film. 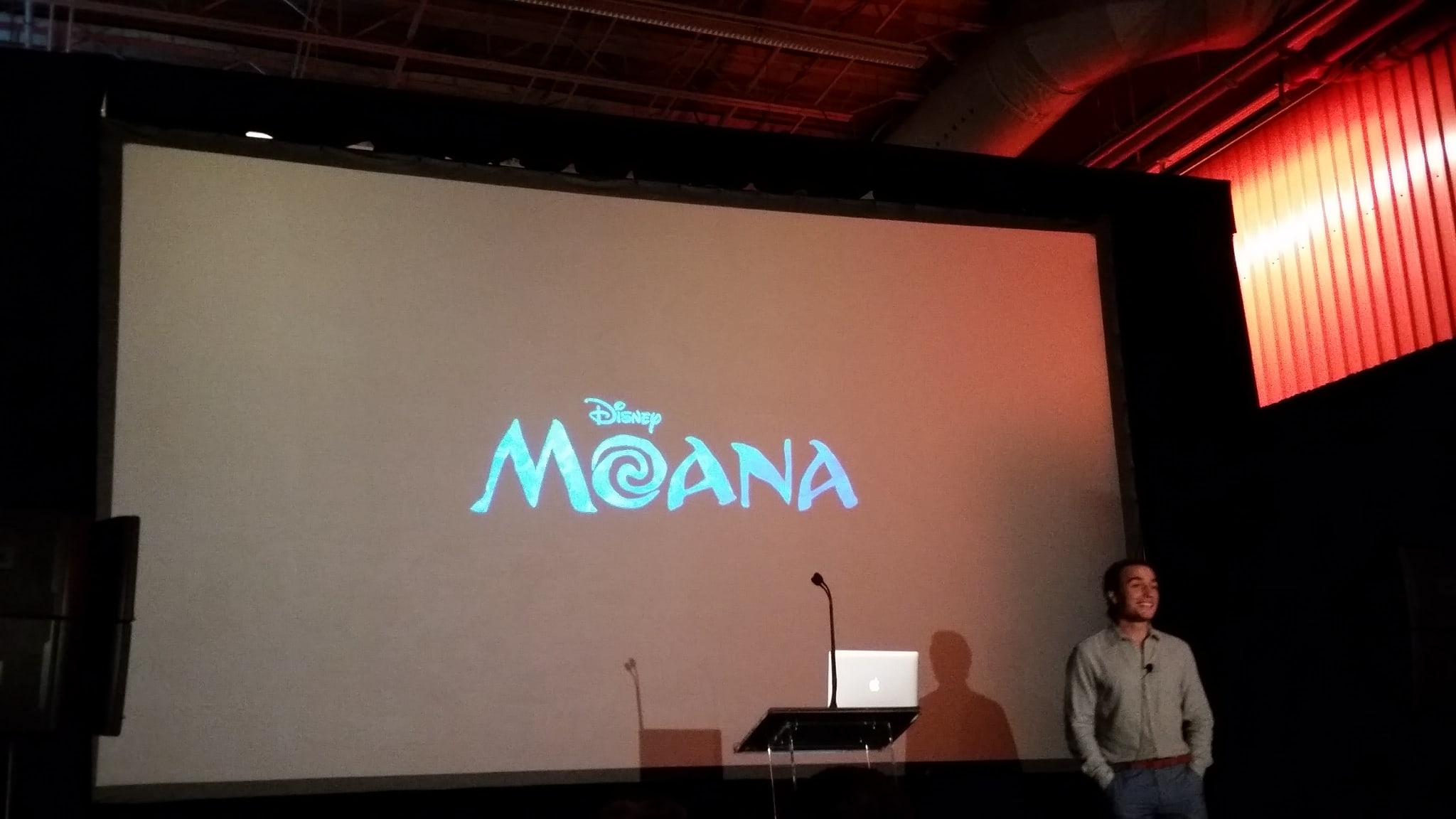 Without a doubt the two biggest takeaways from the day for me was the importance of living your dreams/ following your true calling and taking pride/celebrating your culture. Our host for the morning was Venezuelan animator Jorge Ruiz who passionately discussed what it was like to work elbow to elbow with film making legends like Ron Clements and John Musker who worked on classic Disney films {Aladdin, The Little Mermaid, The Princess Frog} that he had admired, and dreamed of working with as a child. As he showed us each clip, painting and illustration or video of the travels taken for inspiration, you could see Ruiz’s eye’s light up with excitement and pride for this project and as he acknowledged the feeling of seeing his Latin name in the end credits.

I think we all got a little teary watching the clip of 14 year old, Hawaiian native, Auli’i Cravalho {the voice of Moana} calling her mom to share her excitement after being told she had gotten the part and couldn’t help but laugh at the crazed but cute looking, weapon wielding coconuts who attack Moana and Maui. When the opening credits begin, we instantly get a dose of true Polynesian rhythms as our eyes scan across the Disney Castle. Not only is the film beautifully made as it represents the Polynesian culture but the authentic music throughout helps to pull the story together.

During the panel discussion Lin-Manuel Miranda shared with us how charming  Dwayne “The Rock” Johnson is and how much fun he had working with him on the music for Moana {checkout the funny duo together}. You would think that with all the success of Hamilton he’d be way too busy to take on something with the caliber of a Disney movie but he had actually gotten hired 2 years prior to the Broadway show and was writing music for both simultaneously. Can you even imagine what Lin-Manuel must have felt when he found out he had gotten the job to write music for a Disney Animation and learned that he was going to be a daddy all in the same day? Pretty Amazing! 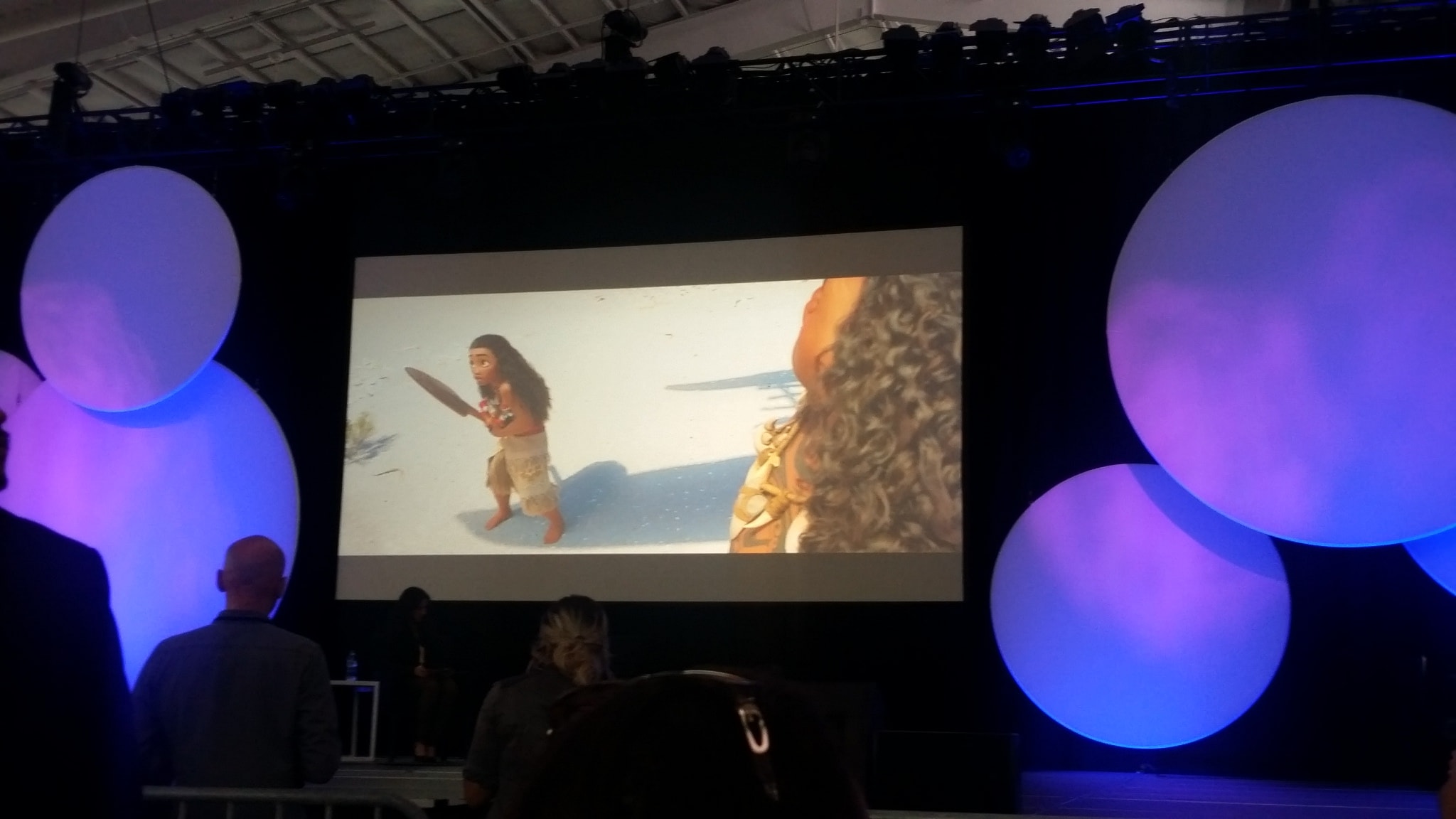 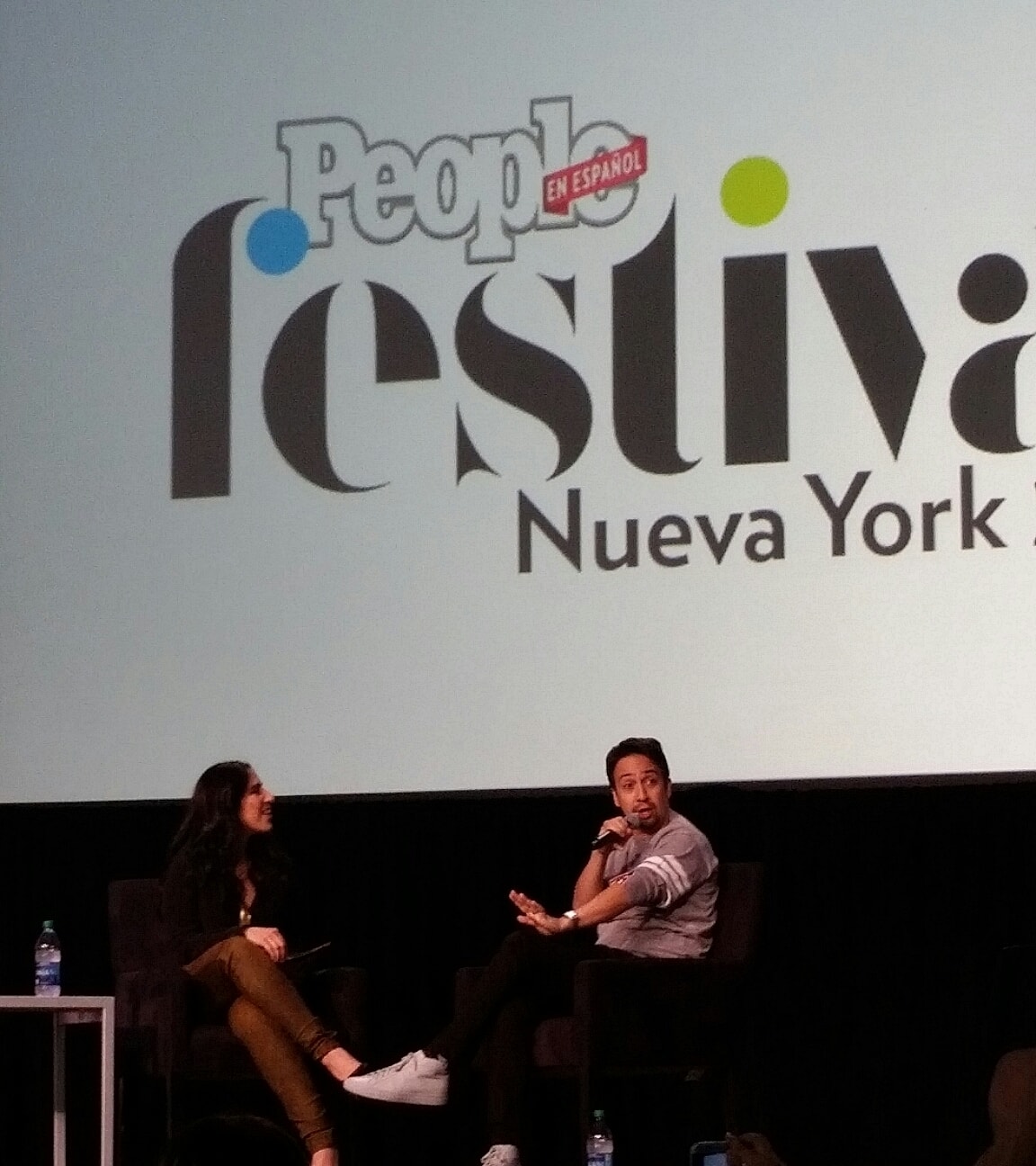 “Find yourself in the work” is one piece of advice that was given by the Hamilton star. Through following their callings Lin-Manuel felt that Disney’s Moana was a relatable character because despite uncertainty and naysayers they each still followed their passion, for her it was being out on the ocean searching for purpose and for him hit was pursuing a dream career in the arts. Other great pieces of advice he gave were:

Life gets in the way of following your passion “You have to pay rent, you have to go to school….If you love it, you’ll find room for it”
“You have to be good and be nice to the people around you – treat everyone as if they are the one to give you a job because Karma is real!”

After 20 years since it’s debut,  we can expect to see Lin- Manuel Miranda playing alongside Emily Blunt in the sequel of Disney film, Mary Poppins in 2017 but in the meantime let’s countdown to Disney’s Moana hitting theaters on November 23rd, 2016. Visit the official MOANA website here.

Three thousand years ago, the greatest sailors in the world voyaged across the vast South Pacific, discovering the many islands of Oceania. But then, for a millennium, their voyages stopped – and no one today knows why. From Walt Disney Animation Studios comes “Moana,” a sweeping, CG-animated adventure about a spirited teenager who sails out on a daring mission to prove herself a master wayfinder and fulfill her ancestors’ unfinished quest. During her journey, Moana (voice of Auli’i Cravalho) meets the once-mighty demi-god Maui (voice of Dwayne Johnson), and together, they traverse the open ocean on an action-packed voyage, encountering enormous fiery creatures and impossible odds. Directed by the renowned filmmaking team of Ron Clements and John Musker (“The Little Mermaid,” “Aladdin,” “The Princess & the Frog”), and produced by Osnat Shurer (“Lifted,” “One Man Band”), “Moana” sails into U.S. theaters on Nov. 23, 2016.

I am beyond excited for this movie but than again anything Disney and i get excited. May be why i'm spending my birthday at Disney.