My kids are having so much fun playing with the Nintendo Labo kit. I’ve been a Nintendo fan since I was about 11 years old and now my children get to experience Nintendo but in a very different way. With their mom monopolizing the screen time! Just kidding! I share. Sort of.

In all seriousness, the company has introduced a way for our children to have a unique VR experience at home and I  am all for it! As a gamer mom, I cannot tell you how EXCITED I am about where this industry is taking families.

When I was little, I actually competed in a Tetris competition at the Jacobs Javits Center. I lost right away… but whatevs. A few years after that, my father’s friend was a programmer for a competitor brand and I would test concepts before they hit the shelf. Literally, the highlight of my life.

Gaming has never left my soul and it’s something I do with my children all the time. I don’t watch them play. I play right alongside them. And we LOVE LOVE LOVE Nintendo Labo kit because it’s something like we’ve never seen before. 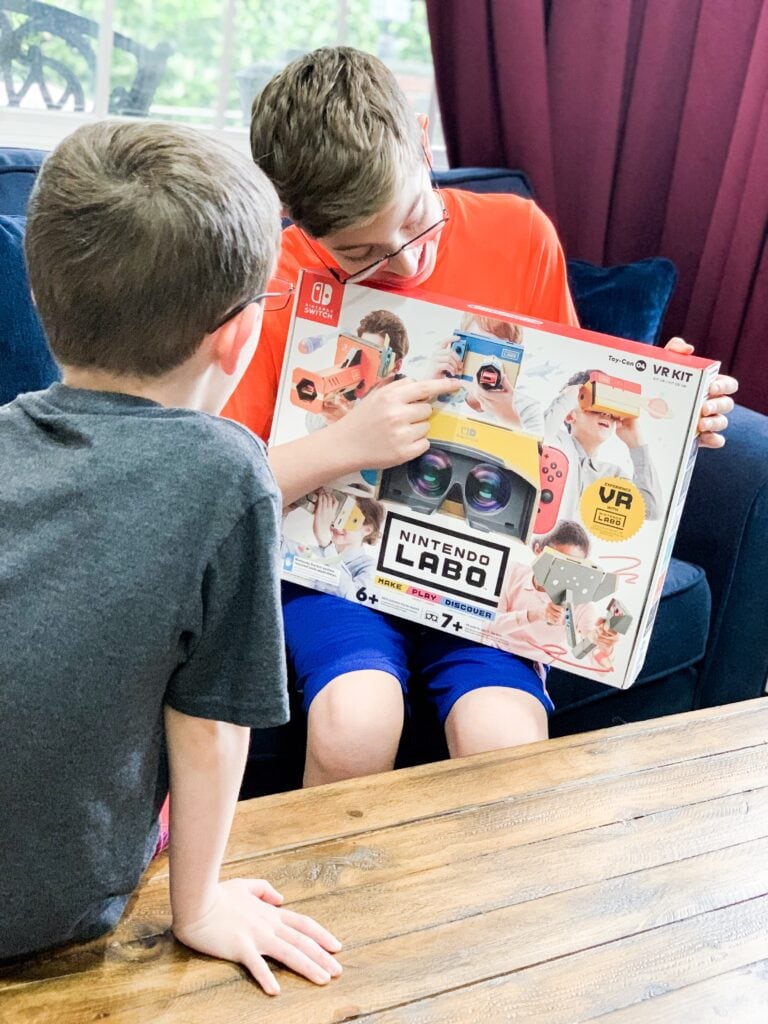 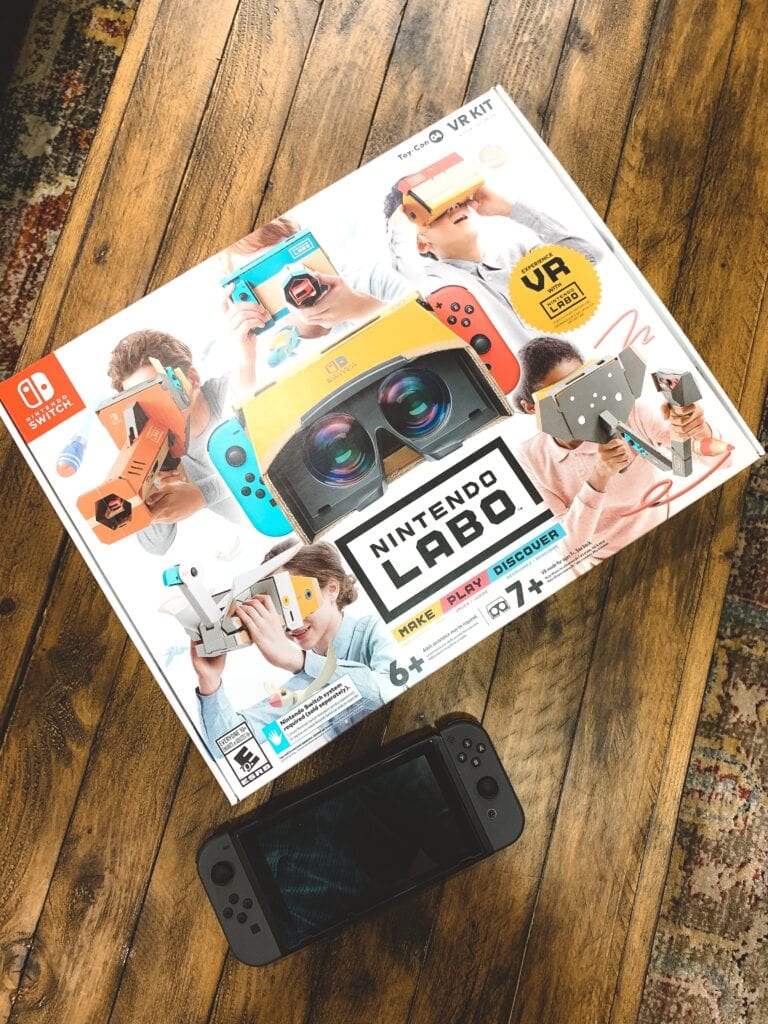 You Need A Nintendo Switch To Play

Before we get any further into this Nintendo Labo review, I have to tell you that you need a Nintendo Switch to make the Nintendo Labo work. It’s an extension to the original platform. So, be sure that whoever you are buying this for actually has the original console.

It’s all about a communal effort with the Nintendo Labo: VR Kit. You get a group of people together and create a  shared virtual experience. Players can simply slip the Nintendo Switch system into the Toy-Con VR Goggles and hold it up to their eyes to explore numerous games and experiences. And they can do it together! How fun is that? 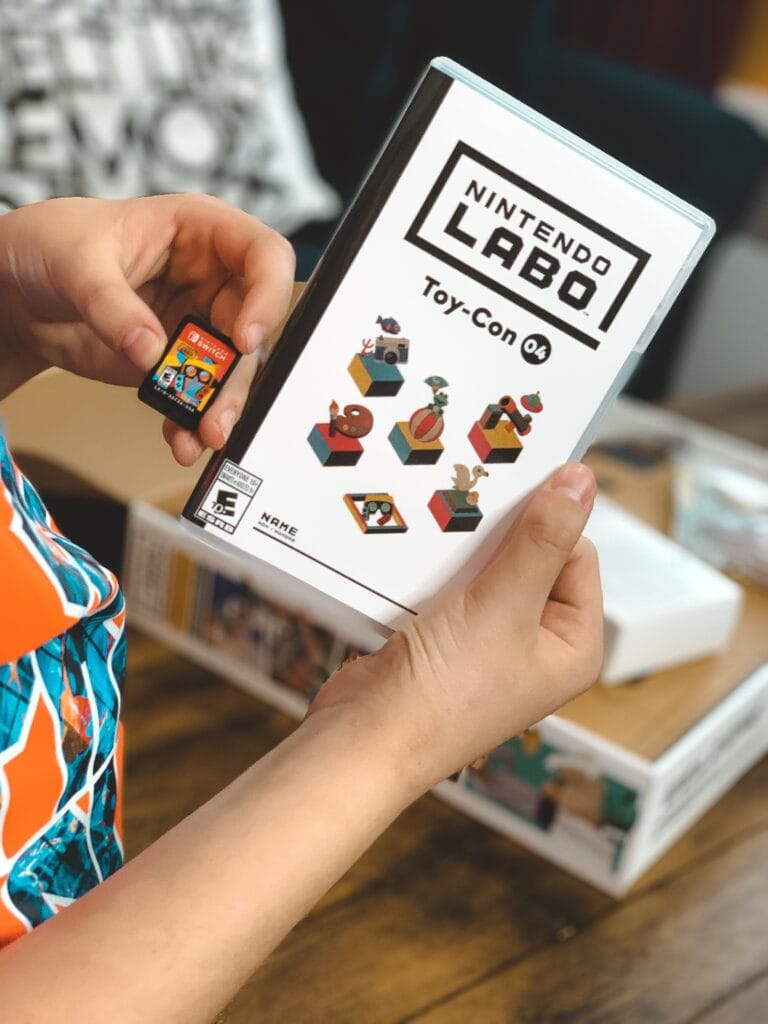 Is It Hard To Assemble?

No. My husband and my 11-year-old had some fun putting together a few different configurations on the first night we opened up our box. My 6 year old helped. It’s not totally intense. It won’t ruin the fun. In fact, I would argue that the assembly is part of the action.

The instructions are very, VERY clear. My husband was probably not even needed to help with the construction but family bonding is family bonding.  I just had to state that fact one more time because I almost divorced my husband over IKEA furniture at least 20 times throughout our lives. So, trust me, this ain’t no thang but a chicken wing. If you know what I mean. 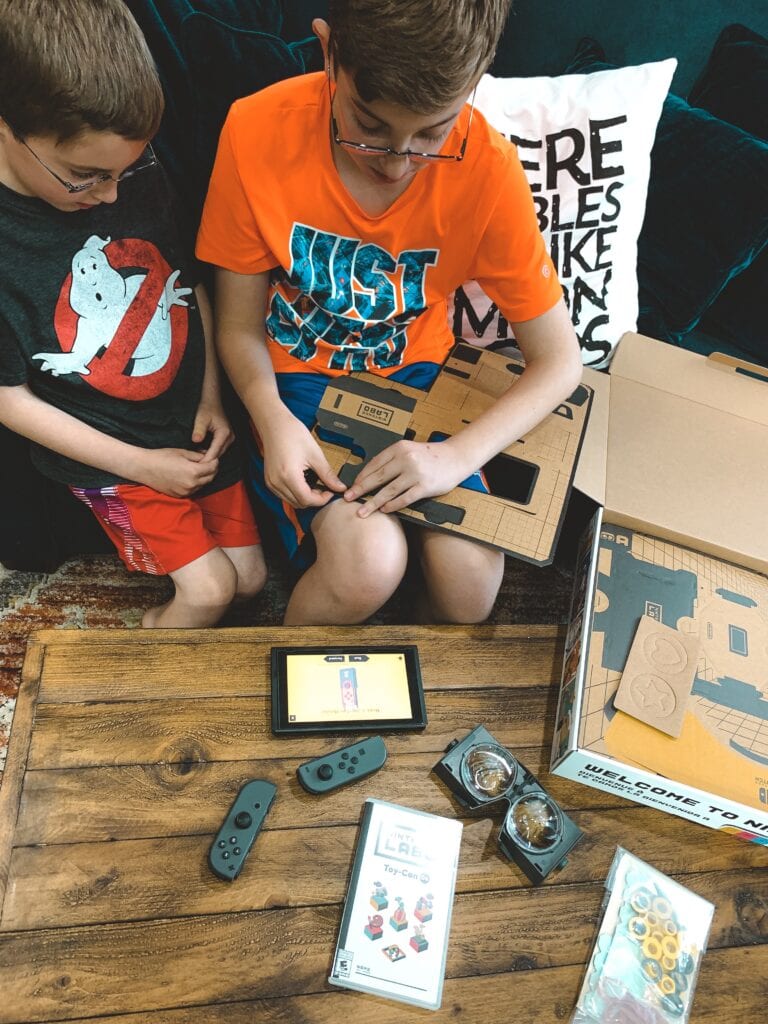 What comes With Each Design?

Here’s the cool thing. Every time you build out a new design, you gain access to new play! New games to discover. New activities. New adventures. So, Nintendo is encouraging your children to get their hands dirty and STEM their way through their combinations. I just love that!

And these games do not keep your kids on the couch or squatting on the floor, either. No way! They are 360-degree action kind of fun! So, I got my sons and daughter in on the fun because we all know that girls game just as much as boys. 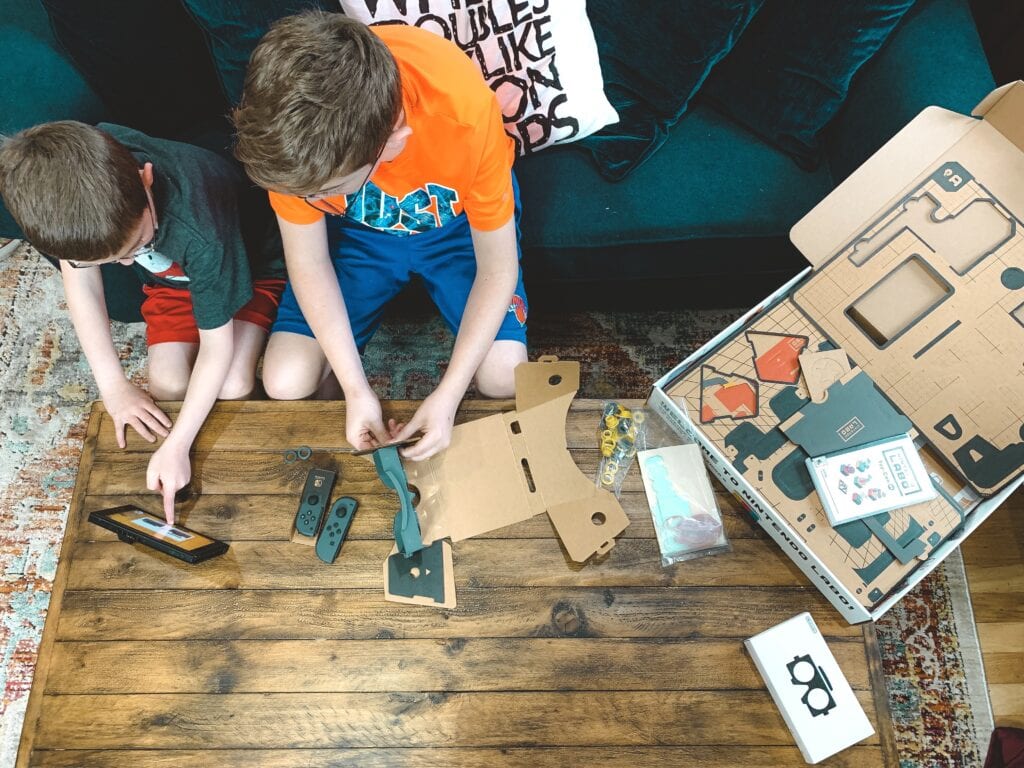 Think about it. It’s Friday night and your kids are hanging out in separate rooms. Everybody is living in their own worlds. Doesn’t that sound familiar? Well, thanks to the Nintendo Labo, the band is back together in my house because it’s the only way we can experience the combination of physical and digital play at once. 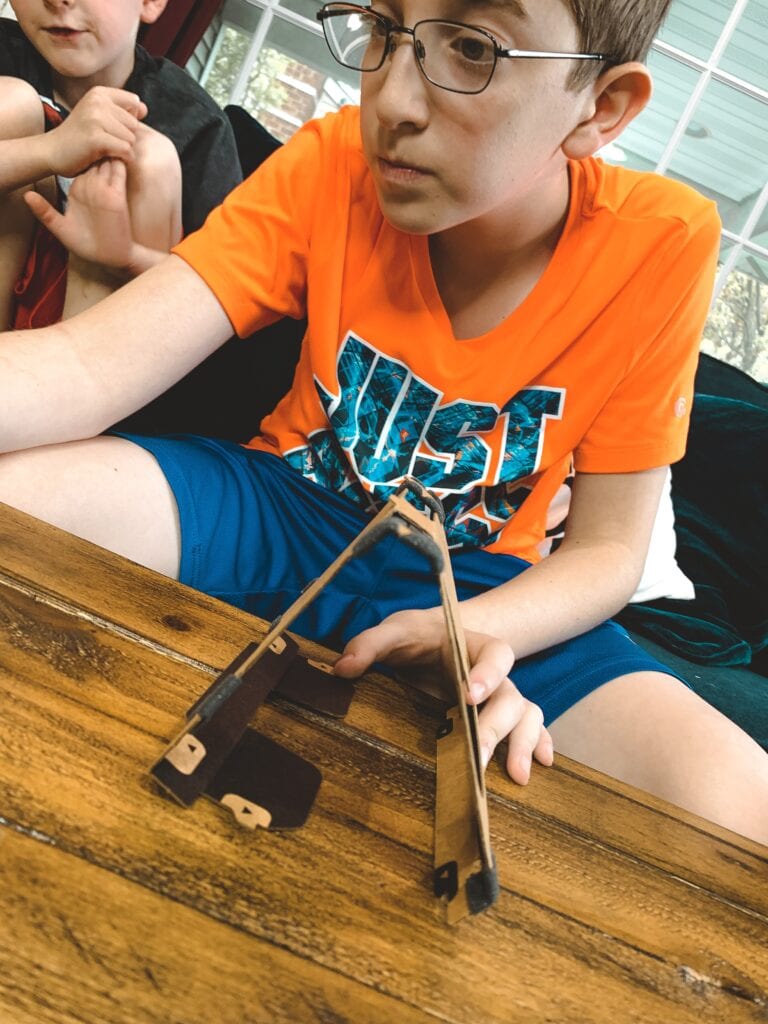 How Much Is The Nintendo Labo

The Nintendo Labo: VR Kit – Starter Set + Blaster: Available at a suggested retail price of only $39.99, the Starter Set includes the Nintendo Switch software, plus all the components to build the Toy-Con VR Goggles and Toy-Con Blaster, as well as the Screen Holder and Safety Cap. The Starter Set is a great entry point into the world of Nintendo Labo VR. 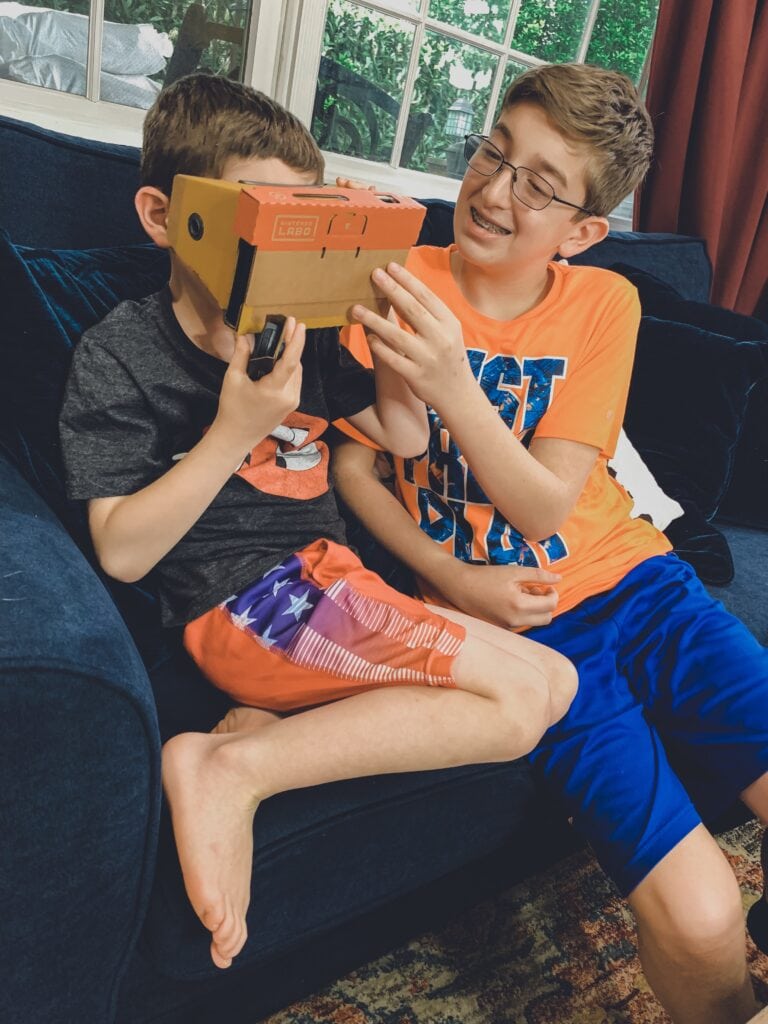 Players that own the Starter Set can purchase the following optional expansion sets to expand their experience: 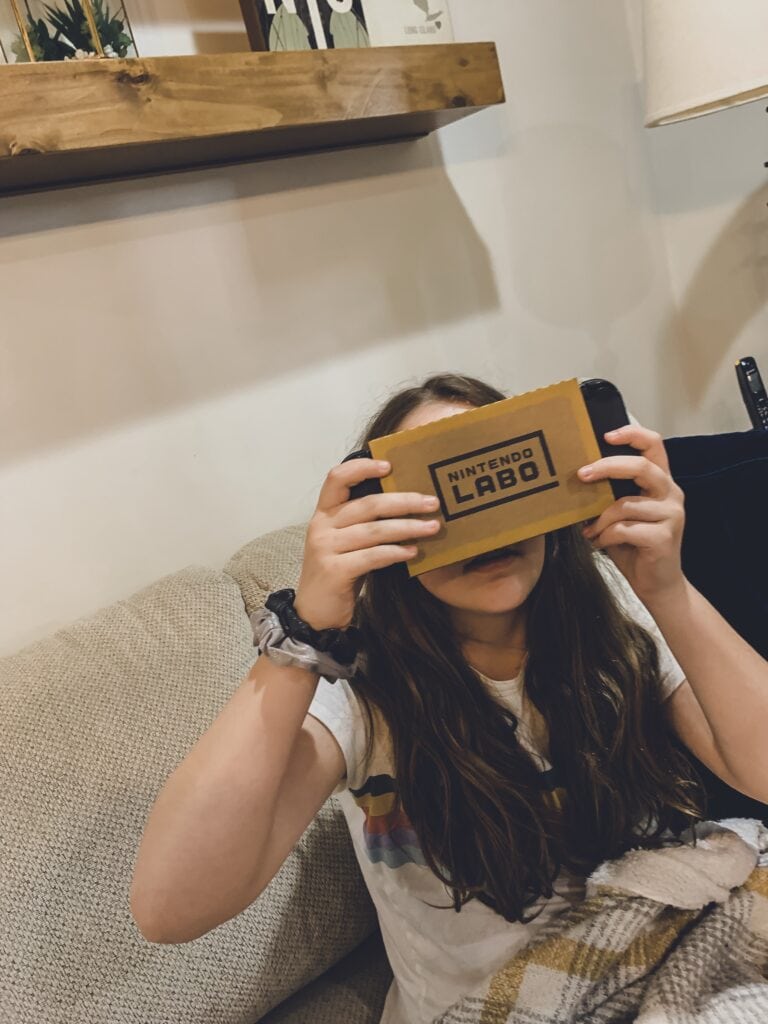 What do you think? Something you’d like to try out? For more information, visit Nintendo.com.