My Reminder To Be Thankful 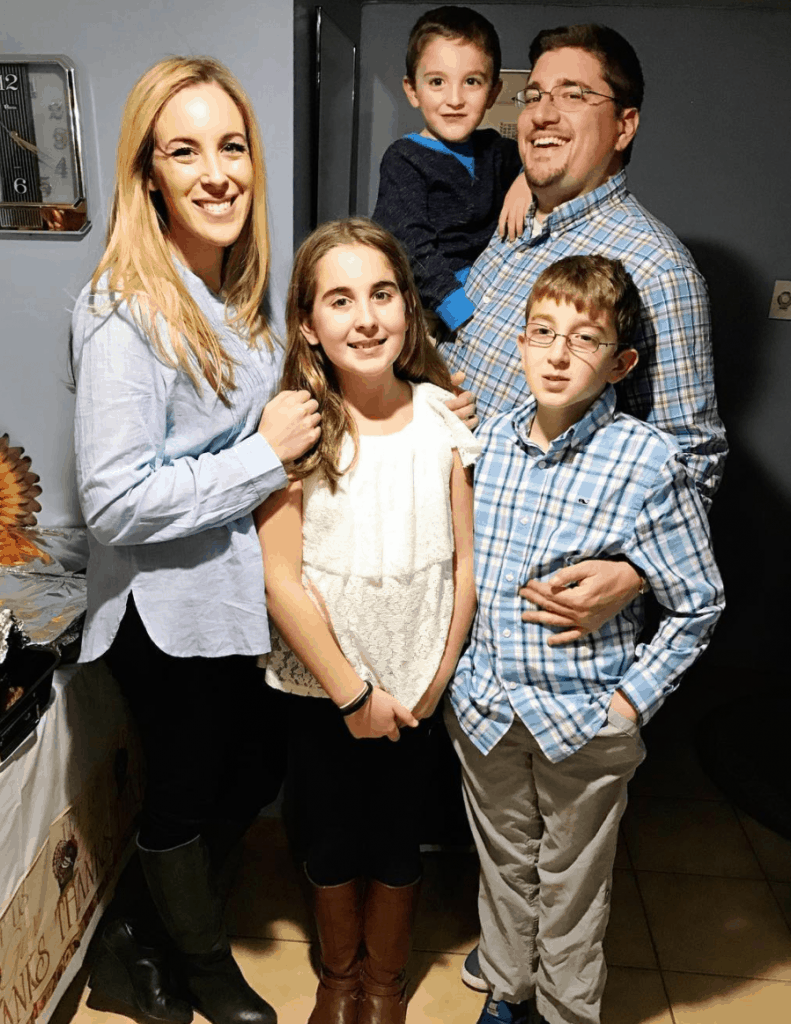 This election has thrown everyone for a loop. Families are fighting. Friends are separating. Communities are ripping apart. We are tearing at the seams.

To be honest with you, I was terrified about how Thanksgiving was going to go down this year. I didn’t know if everyone would be able to sit and eat together under one roof while housing such different political beliefs. I am part of a family that is heavily red or blue. I’m talking full-blown LEANS.

Anxiety is an understatement. I literally kept having visions of me having to defend my mother as she cried hysterically on the floor. She is not a strong person and even though I don’t agree with her stance… she is still my mom. I’ll defend her until the end of time.

But you know what happened? We drank to the memories of the dead. We laughed. We spoke about what we were most thankful for this year. We made plans to see one another before Christmas. We talked about travel. We talked about how our children are growing so quickly and how time is fleeting.

In those moments, I realized. None of this can break us – not if we don’t want it to. I don’t want to be broken – especially by something that doesn’t have my best interests in mind.

I’ve never been a very political person before. I’m being very honest here. If you were to talk to me about policy a year ago, I would have probably turned it around and spun the question into a blonde joke. I just didn’t care. But this election sparked an interest. This election, I decided to start reading – and not Facebook bubble news. Not Facebook titles. I mean full blown research – 2 to 3 hours a day investments. I read BOTH sides too. This is something that most people DO NOT DO and it’s a PROBLEM. 10 years ago, we all saw the same news and then we got together to discuss it. Now, we are each reading very different versions of the same news and coming into an argument with very different “facts.” How can we ever meet eye to eye again when this is our base? We can’t. We are screwed.

I have a very obsessive personality and unfortunately I became obsessed with this election and all of the players. 10 sites a day – over and over again – all day long. Consuming facts and opinions and then heading to forums to read what other people think about these facts and opinions. Diving deeper and deeper into the political hole. I’ve stopped gaming! This is how I use up my spare time while on line in stores or while watching TV.

Many months later, I wish I never did what I did because now there is no turning back. I cannot stop checking in either. I see all the diversions that are happening online and for public consumption and then I see what’s really happening behind the screen – because I dig deeper. And it’s all so ugly. It’s all so bigger than us. It’s all so NOT ABOUT US. They have us all fighting each other and hating each other. But in the end, they are winning. They are filling their pockets. They are pushing forward their plans. We are drones. We are pawns. We are expendable. They don’t care what happens. In fact, I would argue to say that they actually want to see us all crumble.

So, having seen the edge of the darkness, I now know what is right in front of me. What is most important and what I had in the palm of my hands all along. I will not fight you – the person who opposes my beliefs. I will not fight you – the person who they say is so different than me. Because in the end, we are actually on the same team. It’s not you against me. It’s us against them. And your negative response to what is happening? I understand it. Because I know what you are reading and I understand why you feel the way you do. So, even if I don’t believe the same things you do – I understand your position.

I’m thankful for the eye opener because I don’t have so much anger anymore about this election and about the reaction to this election. I’m thankful for having only wasted a few months being angry and hateful instead of falling deeper and deeper into that dark hole of despair. I’m thankful that I have family and friends that are capable of looking beyond the ballot because from the looks of Facebook – not many people can say the same. This was a true fear of mine. With a deep breath, I can say we made it through Thanksgiving in one piece. I unfollowed about 500 people on Facebook and unfriended quite a few as well. I’m not sure I am going to try to get all those people back on my stream because I wouldn’t even know how to begin the process. But I think looking back at that decision, it was the wrong decision. Everyone was hurting. Everyone was angry. Me shutting them out didn’t solve anything.

But – it’s time to move forward.

I am thankful for this new day. A new day to fight, to love, to protest, to pray, to sing, to cry, to run, to sleep or to do whatever else I feel like doing in this country – because we can.  Whenever someone is upset about the way people choose to protest, it saddens me because they don’t understand what it means to be FREE to PROTEST. We fought for that right. You don’t get to choose which kind of protests are allowed.

I’m thankful for family that still wants to be my family. I won’t waste more time on people who don’t want to be in my life. That’s their loss. Not mine. Not my children’s loss either.

I’m thankful for sanity. May I have it. May I keep it.

I’m thankful for my children and my husband and my mother.

I’m thankful for being completely out of my mind with work.

I’m thankful for being able to live in NY – still all these years later – on a blogger salary.

I’m thankful for you – continuing to come to this site to hear me babble and blabber.

I’m thankful we had another year together.