My family and I were invited to attend the Mary Poppins Returns Opening Night Fan Event in Dolby Cinema at AMC earlier this week and I just jumped at the chance. I’m so excited to share my movie review and fan night experience with you.  To grab your tickets to see Mary Poppins return, be sure to visit AMC online.

Mary Poppins is a very special character to me. I don’t talk about this much on my blog, but there are three movies in my archive that truly encapsulate my childhood. Why do I say this? Because when I was a child, I would play their VHS tapes over and over again. So much in fact that I broke those tapes and needed to replace them. Growing up in the 80s, we didn’t have ALL THE THINGS that our children do today. So, I really cherished what I owned and would race home to watch Mary Poppins over and over and over again.

I was enamored with Mary Poppins as a child. Maybe I even wished she was real. 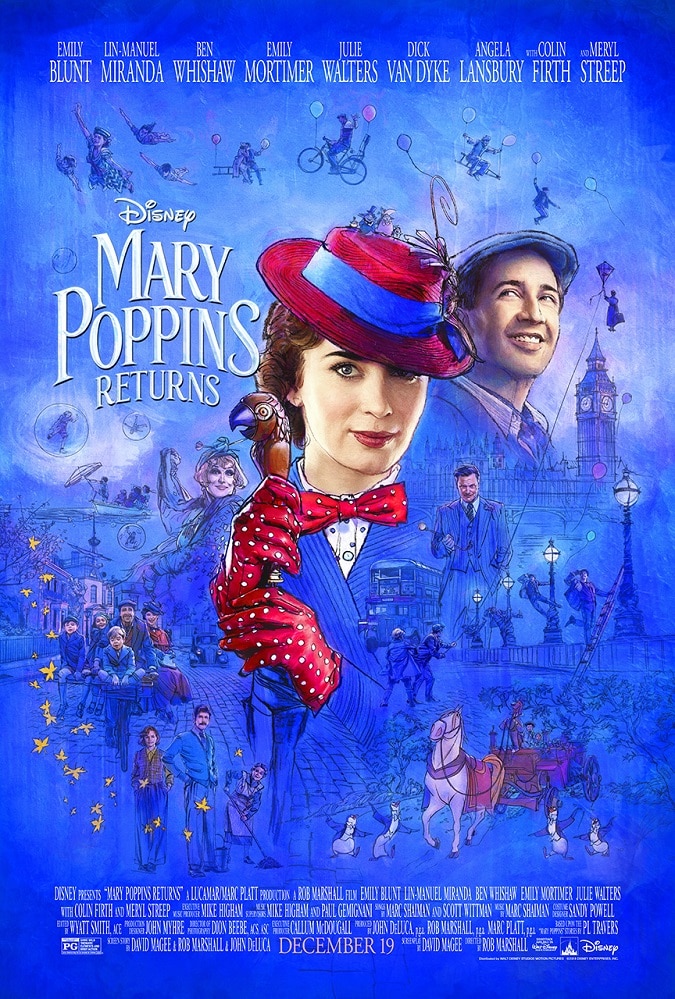 Growing Up With Mary Poppins

My favorite scenes from the original are still crystal clear to me. The first was when the children had their rooms swept clean with a thought and the second was when they all jumped right into a painting. To this day, I still wish for those things to be so. I might be 41, but I still believe in magic… and I will never stop. No matter how many times the world tries to make me. So, Mary Poppins is a dream – a wish – a hope – a childhood. She is everything that I once was all wrapped up in a perfectly tied bow.

And now Disney has brought her back!! Emily Blunt had quite the pair of shoes to fill. There was no mistaking that! As the movie was in production, I questioned how I would feel about it all, but once I heard that it was a continuation of the story, my heart was put to ease. Mary Poppins Return isn’t a remake… it’s the next chapter. As a die-hard fan, I have to say that I was curious to read the next chapter of the book.

And so, I gathered up my children alongside my husband and we headed to the theater to see what the new change in the wind would bring. Off we went to 17 Cherry Tree Lane, London. 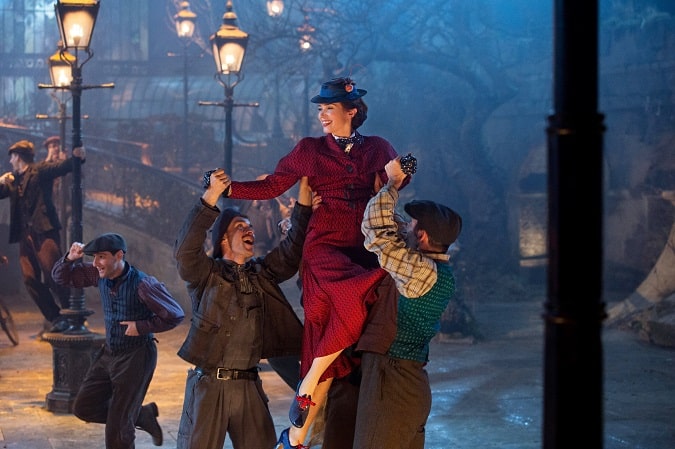 With my reviews, I don’t like to give too much away. There’s nothing I hate more than reading spoilers on the web. So, fear NOT – you won’t read anything that will kill the storyline for you.

A Formula Is Found

I will say this – the movie feels very familiar. It almost feels like it followed the same flow. Like it was the same puzzle with all the same pieces, but it just showed a different picture at the end. It felt like deja vu all while still being completely new. I can’t explain it any other way. When you watch Mary Poppins Returns,  you will understand what I mean. The bank, the seaman, the dancing men, the cartoon escapade, the kite, the fair – it’s all there! Even the songs – each one coincides with an older version. No, really.  Every new song has an older version that it can link to. I truly felt that. The recipe is still intact. But yet, we are taken on an entirely new adventure.

I thought that was rather smart of Disney and I wondered as I watched how they managed to get it all in while still keeping a whole new twist to the tale. None of this matters, of course, but as someone who has seen the original movie a gabillion times, I noticed.

Do You Need To Know The Original To Enjoy The Mary Poppins Returns?

Absolutely not. My children have seen Mary Poppins – but a very long time ago. They only remembered that she came in with an umbrella. Literally. We quizzed them driving to the AMC Theatre and they couldn’t tell us another thing about Mary Poppins. So, they truly went in with fresh eyes. I asked them as soon as it was over what they thought about it all and all THREE of them said that they loved the movie and they thought it was a lot of fun. Even my husband said he had a great time. My husband has seen the original, but I can tell you right here and now he doesn’t remember much about that movie. It was many moons ago for him. So, if you take someone like me – who has seen the original a trillion times – and sit me next to the rest of my family – who barely know a thing about it – you will find 5 happy campers.

Is This A Musical?

I mean…. there’s lots of singing, dancing and you’ll even find a little Hamilton vibe somewhere in the middle. Go in knowing there will be someone doing something related to music every ten minutes or so. 🙂 Get ready to get that soundtrack!  Lin-Manuel Miranda has his fingerprints all over this movie! 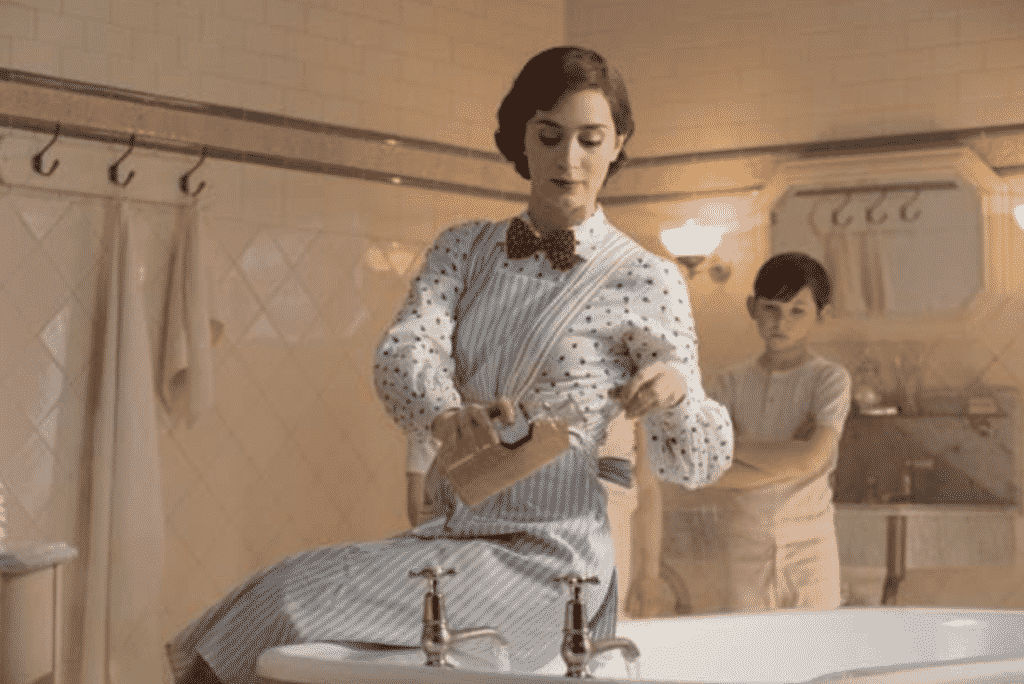 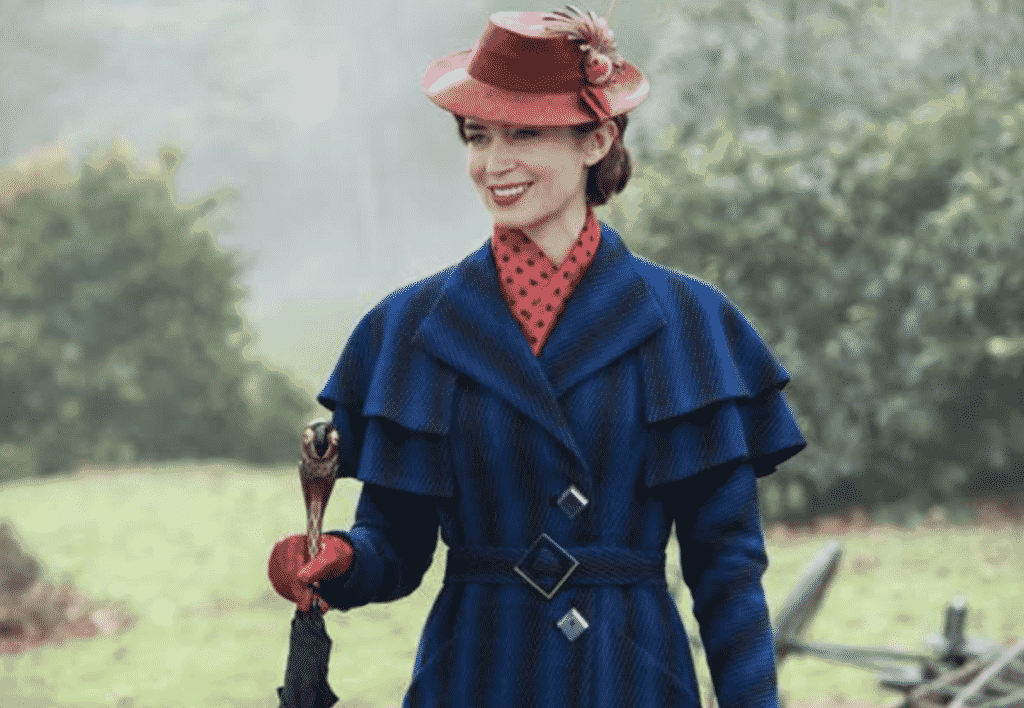 My Favorite Song Of The Film?

There are so many new songs in Mary Poppins Returns, but I think “The Place Where Lost Things Go” is my absolute favorite. That one made me tear up. TWICE.  And I don’t like to cry. So, know I was fighting it.

There are times where Disney likes to throw something scary into their movies to drum up some excitement. A Wrinkle in Time was a little rough for Caleb if I am being honest with you. But Mary Poppins Returns really is pretty tame. There is one scene where Georgie gets taken by an animated character which sets off a wild chase/rescue mission. But it’s really short and over before you know it. I was sitting right next to my 5-year-old and he didn’t bat an eyelash. It truly didn’t last long enough to make an impact. Of course, I can’t speak for ALL families, but I didn’t feel like this was a wild terror spin. I felt the scene was well contained and just a tiny moment within the rest of the story. 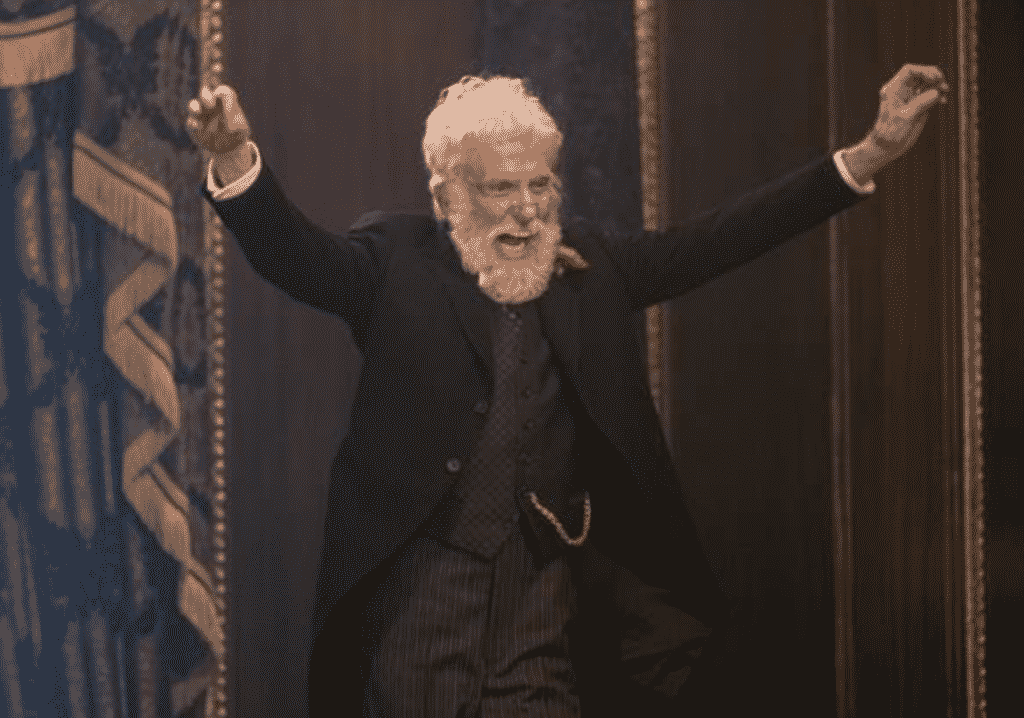 Dick Van Dyke Is 93 By The Way

I just wanted you to know this when you see him dancing on a freaking office desk. Ok, I know I wasn’t supposed to tell you anything. But 93!!!! Just tuck that one back in your brain and watch out for that scene. GOD BLESS THAT MAN.

I think in the end, Emily Blunt made Mary Poppins her own. She gave the role her own spin as she should have. It’s been decades since the original released. No one could ever replace Julie Andrews. We all know this and you know what? I don’t think Emily Blunt tried to replace Julie’s Mary Poppins. I think Emily put out her version of the story and my children loved it. They truly did. You couldn’t ask her to do anything more or less. 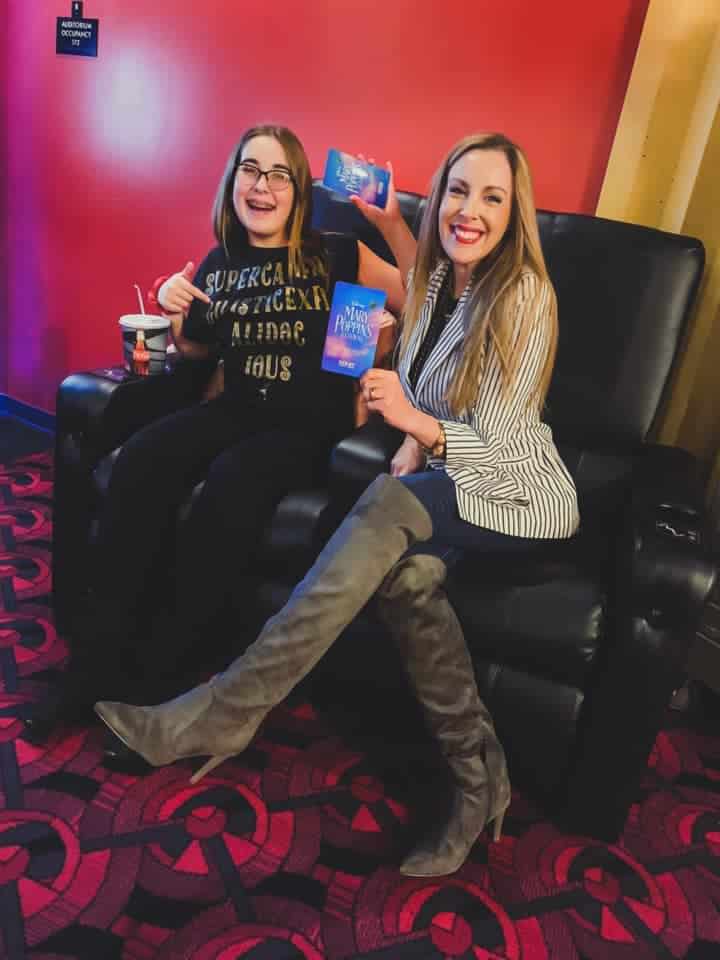 It was FUN! We got to watch the movie before it actually released and received a collectible pin PLUS a download of the soundtrack. Total bonus! Because it was at an AMC Theatre, my family arrived a little early and grabbed dinner. So, we made a little night out of it. Always a treat to spend a night out at an AMC.  The one we visited in Portchester was a Dolby Cinema – which is only at AMC Theatres. What a great way to enhance the movie experience! From the comfy seats to the surround sound,  it was the way to go. As a family, we make it to the movies as often as we can. It is one of our favorite hobbies.

Take your family to see Mary Poppins Returns today! Click here to reserve your tickets or to look up showtimes.

There were several children in the theatre dressed up as Mary Poppins. My daughter even got into the spirit by wearing one of her Disney themed shirts. I tried to find something with stripes to wear an outfit that resembled one of Mary Poppins looks from the big screen. Have fun when you go! Ease into the storyline and don’t forget your spoon.