Over the weekend, I watched three brand new shows and I am so happy that original programming is back on the air. I mean…look, I love the summer, but there are only so many reruns I can watch of Supernatural. Dean is my number one…. but there comes a point when your brain starts to shut down at the sight of repetition.

That’s why I was super excited to see that these titles – all up my alley – were hitting the waves. Thank GOODNESS. Just as I was about to give it all up! I wanted to post my official review in case you were in the market for some good TV. These are all NETWORK BY THE WAY. I’m not throwing anything that’s available on Netflix towards you. You already pay for these shows. Might as well enjoy them. 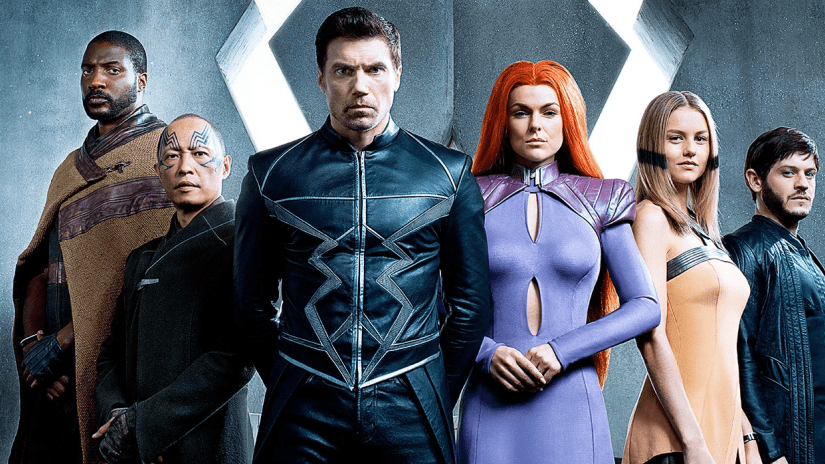 Game of Thrones fans will be happy (or unhappy) to see Iwan Rheon taking one of the lead roles in this action-packed Marvel series. I mean – that man will forever be pigeonholed as evil. Straight up evil. Even if he cured cancer during the first episode, I wouldn’t trust him. I hope he is already married. Dating must be hard.

Here’s the rundown before I get into it a bit:

Black Bolt, the enigmatic, commanding head of the Inhuman royal family and King of Attilan, possesses a voice so powerful that the slightest whisper can destroy a city. After a military coup splinters the family, the group — which includes Black Bolt’s wife, Medusa; his brother and rival, Maximus; his cousins Karnak, Gorgon and Triton; and Medusa’s sister, Crystal — barely manages to escape to Hawaii, where surprising interactions with the lush world and humanity around them may prove to not only save them, but Earth itself.

The whole story felt a little bit like Divergent to me. At least, pieces of it did.  Remember in Divergent they had that specific genetics test that determined where you belonged in society? And some people just… didn’t? SO, they were cast out and ended up dirty and poor and living with the wolves? Well, in Inhuman, if you don’t have a special power, you are basically considered a normal human and are sent to work in the mines. A cast system if you will. Nothing new here. Of course, since I AM a human… I was all bitter about it. But anyway.

I liked the premise. Medusa is married to Black Bolt and the two of them run the world of Attilan. Black Bolt’s brother – Iwan Rheon- was actually deemed HUMAN but because he is royal, he was spared a life of dirty fingernails. He never truly feels like he fits in with the others because… I guess he doesn’t. And I suppose all that rage eventually forces him to go postal and attempt to overthrow his brother.

I’m not going to give too much away, but the royal family and their guards end up on Earth to escape imminent death or permanent imprisonment and that’s where they leave us. Do I LOVE the show? Not yet. I will continue watching because it is certainly up my alley and I see that it has potential, but I just don’t know. I wonder why they didn’t want to make it into a movie? I wonder why they didn’t want to take it to cable to make it a bit racier. I wonder how much fun we can have with a Marvel storyline when it is held at PG standards? How grand will the fights be? I don’t need sex with Marvel – that’s not what it’s about for me. I’m more curious about how the epic battles will leave me feeling. Time will tell.

On a side note, I am much more interested in the supporting characters than I am with the king and queen. I actually don’t LOVE the king and queen. But Ken Leung, Eme Ikwuakor, and Isabelle Cornish have certainly peaked my interest. And, of course, Iwan Rheon… but he freaks me out. 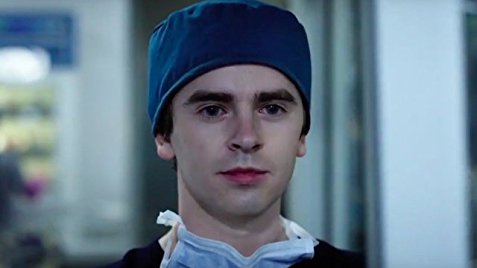 I love Freddie Highmore. I truly do. I think he really has that quirky, eccentric thing down to a T. I’ve been following him since Bates Motel… but not in a stalker-ish kind of way. In a “supporting you from afar” kind of way.

A young surgeon with autism and Savant syndrome is recruited into the pediatric surgical unit of a prestigious hospital. The question will arise: can a person who doesn’t have the ability to relate to people actually save their lives?

Ok, this is a really interesting storyline. I used to watch House. Let me just preface this whole paragraph with that thought because this show is from the creators of House and it absolutely feels that way. Freddie’s character, Shaun, is autistic and a savant. He is utterly brilliant but lacks common societal understandings. That makes it pretty hard for him to do his job. He cannot rule out a tumor while checking a common ear infection because he wants to be as thorough as possible. As a patient, you want this. You can only dream that your physician will do all in his/her power to cure you. But his skills are sometimes to his detriment and for a hospital that is staying under budget… rather an expensive risk.

He also catches things that other people miss because his mind thinks in ways that the average person doesn’t. So, in this week’s episode, he saved the life of a woman who the rest of the crew was going to let die because they couldn’t think of a good way to perform surgery on her, he ran up hundreds of thousands of dollars in unnecessary bills because during his rounds, Shaun tested for just about everything, and then saved a child at the very end of the show because he couldn’t stop obsessing about her symptoms. While everyone else wrote her off, Shaun kept going over her paperwork in his head because that is one of his ticks. He can’t let things go until they are solved.

So, you root for him. You love him. You also understand the perspective of the hospital because this is an expensive risk. But what price can you put on life?

Another thing that I enjoy about this show is they are addressing prejudices that people with autism face on a regular basis. Shaun’s team lead – played by Nicholas Gonzalez – is such a pompous ass and he literally does not want Shaun on his team. One obstacle after the other. Of course, you realize that throughout the series, this man will eventually soften to the Good Doctor… but when and at what cost? Humility is a hard pill to swallow.

While I loved The Good Doctor, I think The Gifted is my new favorite TV show to date. The breakout star for me personally was Percy Hynes White – the teen who plays ANDY. I will tell you about him in a second. Here’s the synopsis:

In a world where mutated humans are treated with distrust and fear, an institute for mutants battles to achieve peaceful co-existence with humanity.

Ok, so Stephen Moyer (aka BILL from True Blood) works with the government to round up pesky mutants and lock them away. He believes he is only capturing the dangerous ones. He believes he is doing good for society… until … his son has a major meltdown while getting bullied during a school event and became a wanted man. Everything changes when it has to do with your children. So, within minutes, Stephen goes from active agent to man on the run. I would too – I’m not judging at all. There’s nothing I wouldn’t do for my kids.

Here’s a few things that annoy me about The Gifted. Lots of recycled actors from shows I used to watch. I mean, I love Jamie Chung and Sean Teale, but I’ve already had experiences with them in meaningful ways. I feel like this show is really going to take off and I wish that it was filled with fresh faces. Stephen would have been enough. Truly.

Natalie Alyn Lind and Emma Dumont are both GREAT picks. I feel like these will be their breakout roles and good for them! But I can’t look at Sean without thinking about Incorporated. I don’t know. And Jamie does EVERYTHING OMG. Is that mean of me to write? I’m sorry if it is – but I am being honest. It’s not like I don’t want them to work again. Go do a movie. That would be fun. I just think that The Gifted is going to be the new Heroes and it’s going to be hard to shake off past performances when watching them through the storyline. 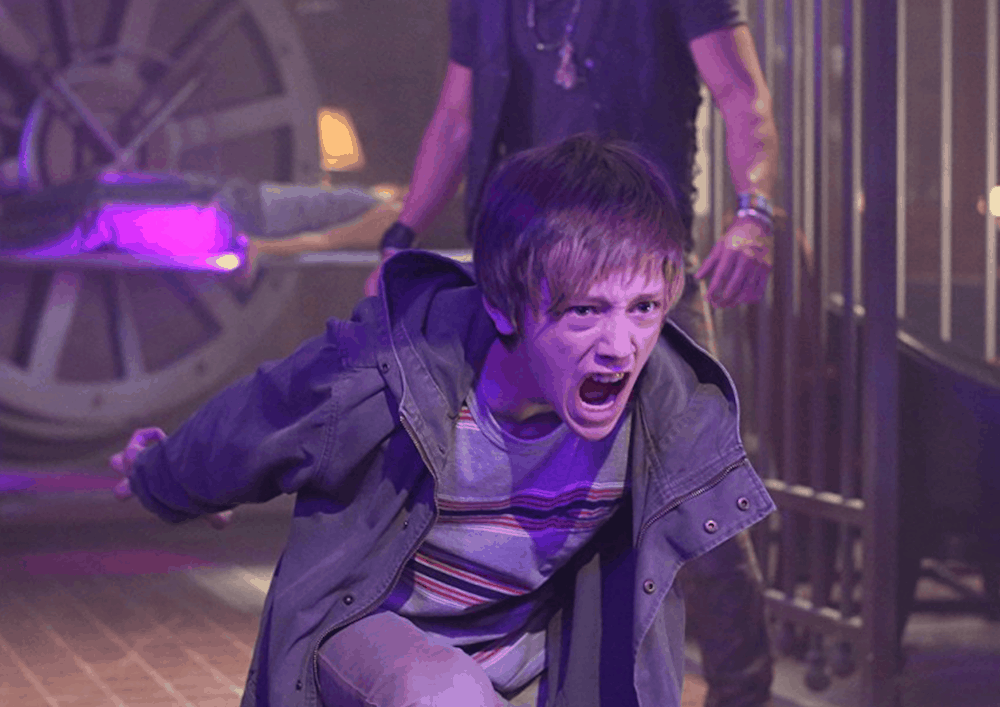 Ok, now… let me get into this kid a bit. Percy Hynes White was totally believable. Bullied in school. Left outside of the circle. Screaming while bullied. Filling with rage. Exploding. Straight up shredding. Powerful.

He has another scene where he just loses it again in an attempt to save his friends. He just might be the most powerful mutant of all. That’s how it is all getting set up. But when I look at IMDB, it says he only has 2 episodes which I don’t understand? Confused about that? Anyway, in all of his scenes, when he rips through the pain and explodes, I believe it. It actually teared me up a bit. That rage has to come from somewhere and when it comes to his character, he is pulling from years of hurt. Great scenes. Great kid. Great pick.

While I am sure that Natalie Alyn Lind is going to be the one that benefits from this show the most because she is so beautiful and young and pretty much is the new Hayden Panettiere (I wonder if that was intentionally cast like that?), I hope other people recognize that kid’s talent. Percy – good luck, man. May you continue acting for many years to come.

So, that’s it! My take on three shows. I feel really bad about complaining about some of the casting, but I have to be honest!!!

Did you watch any of these shows? Which did you like the most? Inhumans? The Good Doctor? The Gifted? Would love to hear!

I was very surprised to see that two Marvel shows came out this season, I don't think InHumans will survive, it was a little too much talking and not enough action for me in the first episode. I did love Gifted as well and can't wait to see where that goes.