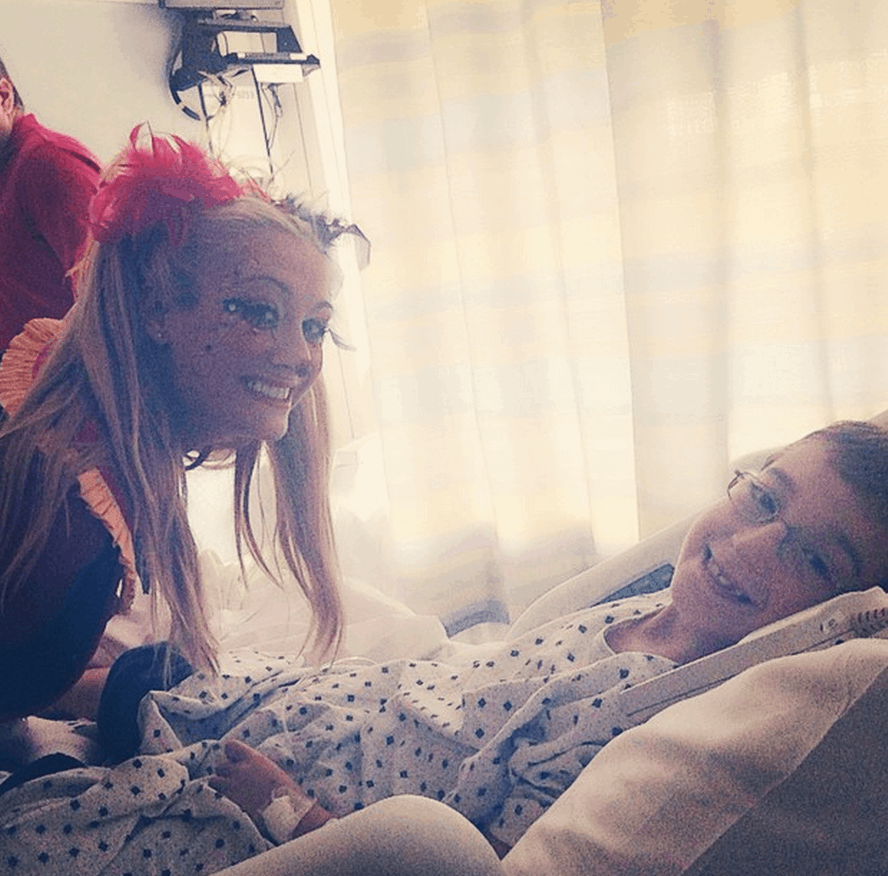 It’s been a little quiet on the blog lately. No, I’m not traveling. I’m sitting in a hospital with my son. His appendix decided it didn’t like being whole on Friday and burst without notice. I was away and my husband assumed it was a really bad case of the stomach flu. When he started to get a temperature on Saturday, things got confusing. By Sunday, when Liam was complaining of excessive pain on his right side, Bill figured something was really wrong and headed to the ER.

I landed from my trip to Turks and Caicos, turned on my phone and read a text that said,

Um what? I couldn’t get out of the airport fast enough. I ran home, dropped my bags off, got into my car and raced to the hospital. All three kids were with Bill and no one knew what was going on. I told Bill to take the other two home and said that I would deal with the ER and the doctors with my little man. 6 hours later, we were admitted at around 6AM. Utterly exhausted, we both passed out for about two hours before the day began.

Blood drawn. Medicine bags switched, doctor consultations on repeat… it was happening over and over again. And it still is. We don’t know when we are getting out of here. We can’t have surgery because Liam’s appendix is inflamed. The antibiotic is calming it down. Until then, we wait. 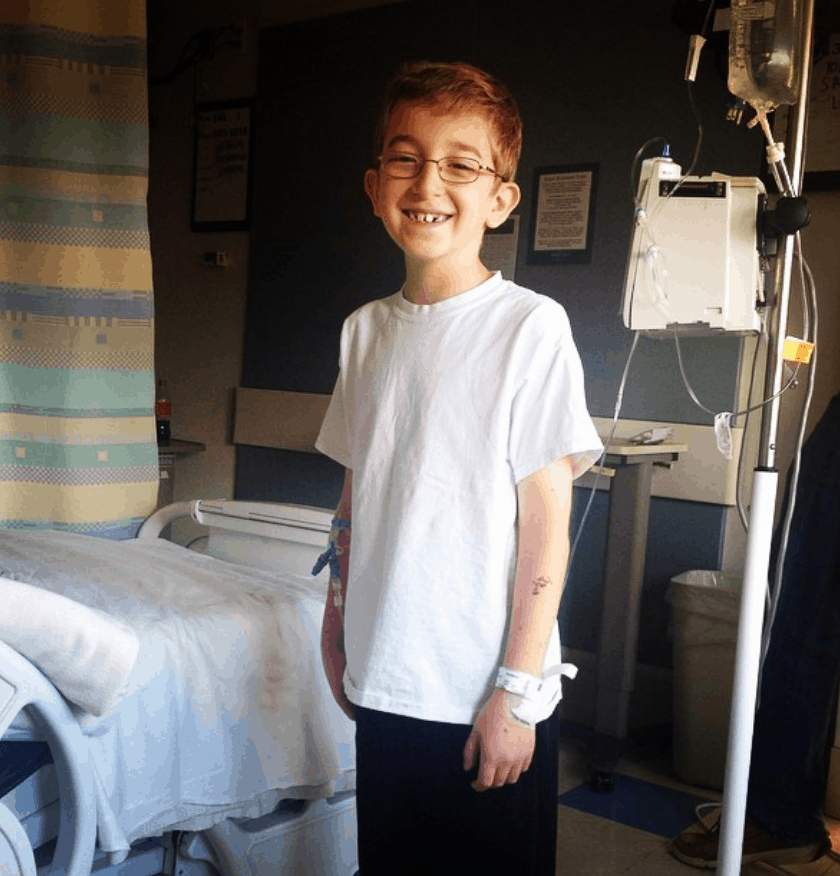 Two days later, he looks good. He can stand and walk and isn’t in much pain. But we still don’t know much more than when we first started. Surgery could be in one week or in one month. I can’t take the unknown. I need to know the plan. And right now the plan is “sit and wait”.

If you are the praying type, I am going to ask a favor of you. Can you throw one his way? I’ve given all of me already and I’m running on empty.

One thing I will say about this hospital (and there is more coming on this subject), their children’s ward is amazing. We’ve seen a clown, a gardener, a gamer, a tattoo artist and more. One fun distraction after the other. SO thankful for that.