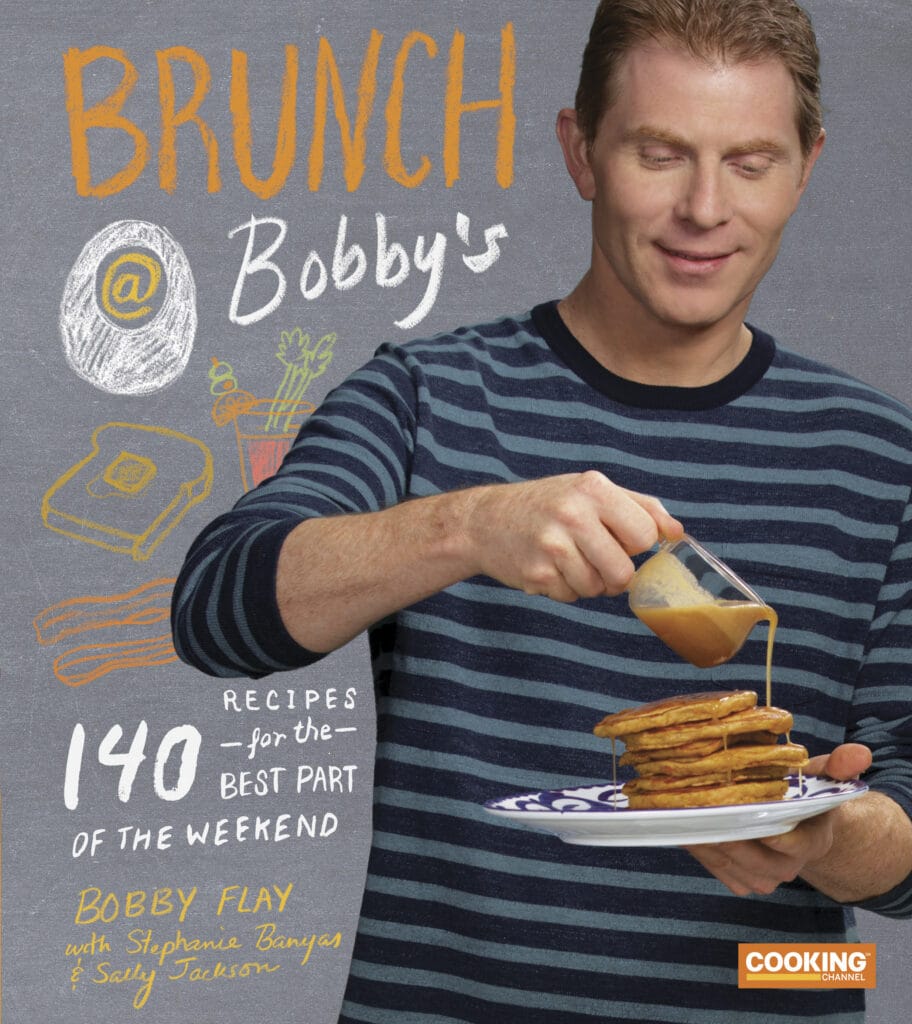 Bobby Flay may be best known for his skills at the grill, but here’s a little-known fact: brunch is his favorite meal of the week. He loves it so much, in fact, that he wrote an entire book about it. At long last, Bobby shares his simplest, most sought-after recipes—while still delivering his signature intense flavors.

In Brunch @ Bobby’s he includes 140 recipes starting with the lip-smacking cocktails, both spiked and virgin, that we have come to expect from him, along with hot and iced coffees and teas. He then works his way through eggs; pancakes, waffles, and French toast (including flavored syrups and spreads); pastries (a first) and breads; salads and sandwiches; and side dishes. Pull up a seat and enjoy a Sangria Sunrise, Carrot Cake Pancakes with Maple-Cream Cheese Drizzle, Sautéed Bitter Green Omelets, and Wild Mushroom-Yukon Gold Hash. There’s enough to keep you feasting through 2017!

This is how Bobby does brunch. It’s pretty amazing!!!

I also had the great pleasure to interview Bobby and talk about, not only the new book, but his varied and storied career. He does so much, I wondered what he really likes to do the most. Here’s a highlight:

LAB: I just had an overall question for you since you wear so many hats, which is obviously great for your career, but it’s also probably very fulfilling as you get to do a lot of different things. What do you think is the most intense part of your career and the most fulfilling for you as far as, writing a new cookbook, opening a new restaurant, or starting a new television show? They’re all so very different, what do you like the best and which do you get the most out of?

Bobby Flay: You’re right, they’re all different, but the one thing that ties them all together is that they’re all focused on food. It’s the way I keep focused, is that whether it’s a cookbook or a TV show or restaurant, obviously food is the most important thing. I go back and forth. I mean, you just heard me talk about my kitchens. I’d have to say if I had to pick one, I would cook in my restaurants.

But there’s nothing like working on a cookbook for a couple of years and then seeing the final product, like the brunch book. People have been asking me for this book for the last five or six years, so when you actually get the first copy and you see all your hard work come to life on pages it’s really satisfying. The same thing for a show.

Almost all the shows that I do, I create. I didn’t create Food Network Star, but Beat Bobby Flay, Throwdown, and Brunch @ Bobby’s, all these shows are my creations. So when you write it on a piece of paper, and then you actually see it come to life on screen after it’s shot and edited, the set is designed and the recipes are brought to life on the stove, I think they’re all equally satisfying. But if you push me up against the wall and say pick one, it’d be my restaurants.

Pretty amazing stuff, really. If you’ve ever seen one of his many shows or have had the pleasure to eat in his restaurants, you know his style and feeling really goes into it all. You really like the guy and you like whatever he seems to produce, too. His cookbooks are just the same…really great recipes that you will love to make and share. This cookbook may be his best yet…I love brunch, what can I say??

The book just launched on September 29 so you can order yours right now on Amazon, Barnes & Noble, Books-A-Million, iBooks or IndieBound. 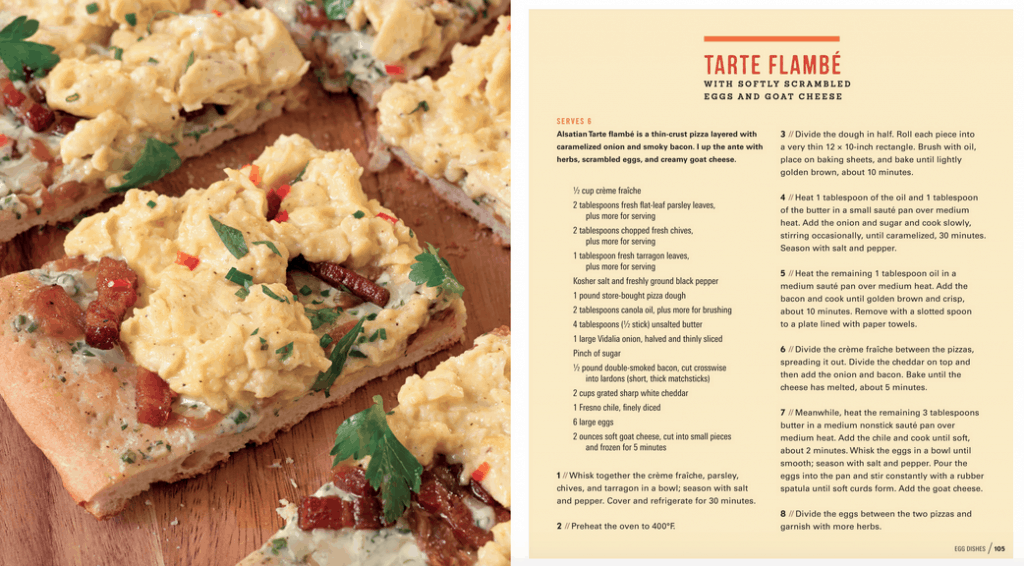 Ok, this is pretty exciting. I have a little “insider” treat for you…3 DELICIOUS RECIPES!!! Have a look, give it a shot, and please let me know what you think. I know you’re going to love it just as much as I do.

To find out more about this amazing cookbook and all that Bobby is up to, check out:

Here’s some more good news…one (1) reader will receive a copy of Brunch @ Bobby’s to enjoy for yourself!!!**

SALLY JACKSON lives in New York City with her husband, their children, and one especially well-fed poodle. This is her seventh cookbook with Bobby Flay and Stephanie Banyas.

**Giveaway open to US addresses only. Prizing and samples provided by Crown Publishing Group.