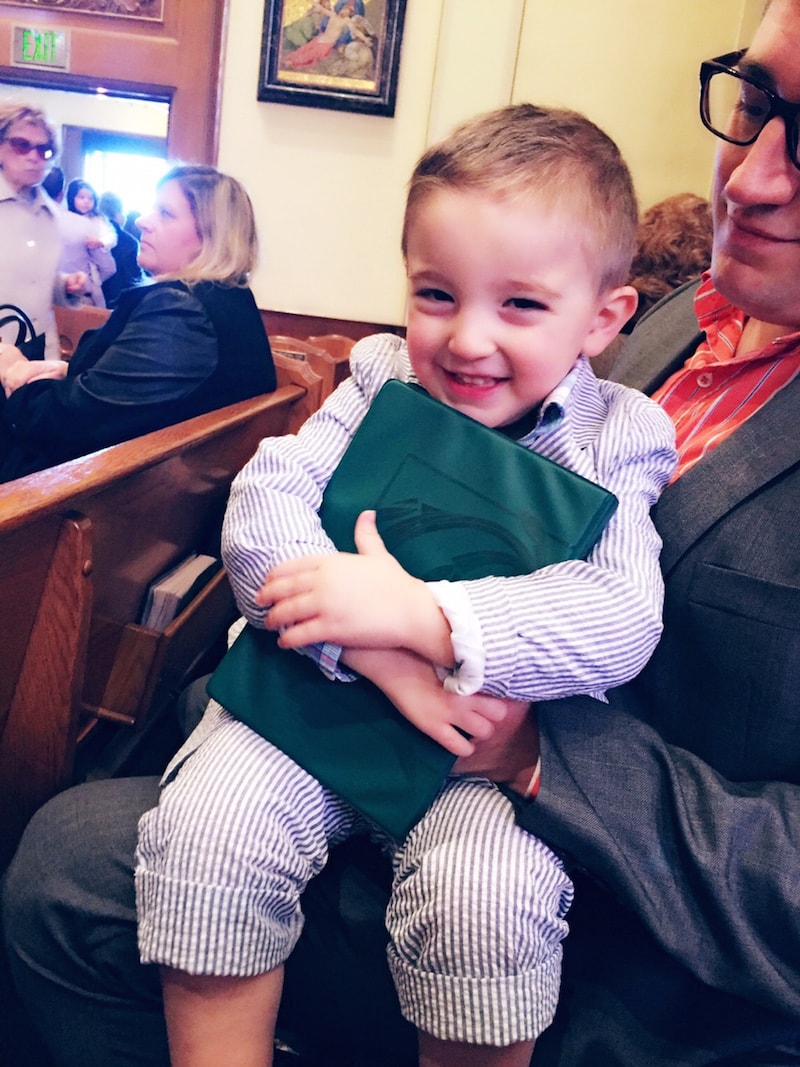 Yesterday was a beautiful day with the family. My daughter – as you know – sings in the church choir and she has been practicing like CRAZY for the Holy Thursday and Easter Sunday Mass. The poor girl was SO EXHAUSTED after Thursday’s mass because she sang for 4 hours straight. Easter was much easier. Either way, I enjoyed listening to her group sing — there’s just something so magical about hearing children.

Ever since she joined the choir, I have had molded a different perspective about mass. At first, we would attend specifically for the children – so that they may have the same upbringing as I did and so they may grow to know and love God. But now, it just feels different. It’s like the gift I was giving to her has actually been a gift to myself in disguise.

When I was 17, I went to confession while still in High School and the priest asked me at the end of my time with him if I would do it all again if given the chance. And being honest with myself and with him, I said that I probably would. He looked at me and told me that I was not forgiven then – because to truly understand sin you have to recognize that it’s wrong and to believe it’s wrong is to choose to do right instead.

I was shocked. I felt empty. The priest didn’t forgive. Me. The girl who attended Catholic school her entire life was standing in front of this holy man who has just decided that I was unworthy. I cried for days. My teachers all thought I broke up with a boyfriend. They kept consoling me about dating. “Don’t worry. He probably didn’t deserve you anyway.” I didn’t correct them because I was too embarrassed to tell them what happened.

But after a week of mourning, I realized that my relationship with God had nothing to do with the church or that man. It was his decision to not forgive me. God forgives. God is all good. So, at 17, I decided to not put much weight on man anymore because … they are just men.

And in the end, it’s really all about love and light and goodness and greatness. That bond did not need a middleman. So, I hardened and separated from the church when I was in College and during the first 10 years of my marriage. However, I married a man who was very religious. My husband went to church on our honeymoon! In Hawaii! He found one and took a cab – I mean, we were complete opposites at the time. I never stopped believing in God. I just stopped believing that I needed someone to bring me to him. 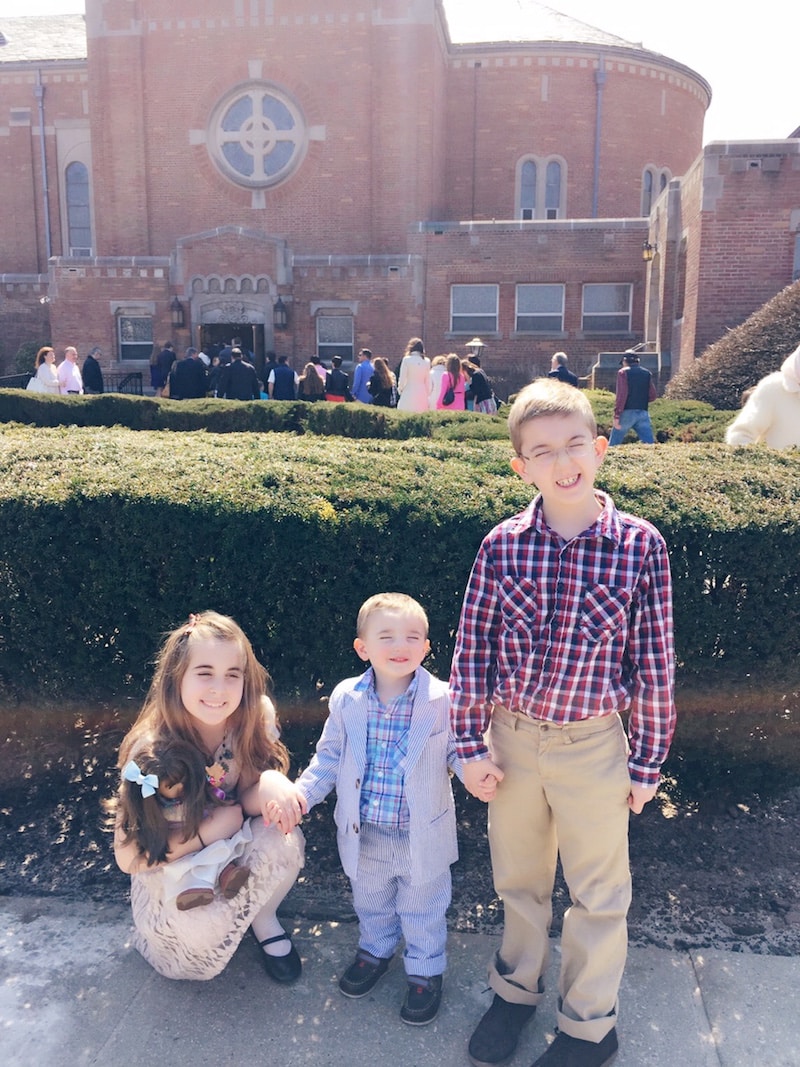 But when I became a mother, I knew it was important to teach my children the same relationship I had with God – including the church. Because in the end, those bricks molded me into who I am today. It was important for them to know that God loves them and that the church is a place to connect. Even though – at the time – the latter part did not ring true for me anymore.

It took Natalie joining the choir to make me see church in a different light. I enjoy my time there. And it’s not about the priests – although I absolutely love mine. It’s about the feeling I feel when the entire congregation is singing together. It’s the comfort I feel when I hear the same words over and over again each week when he is blessing the bread and the wine. And it’s about my children – it’s simply about my children – and sharing this moment with them. Embracing our faith together.

Some people might be on autopilot. I practically hold back the tears each week because this was a lost faith. A lost moment for me. And sometimes when the gospel hits home too hard, I have to look down and stop listening because I am so connected to the moment and the feeling. I am here… and so is He and I recognize that once again.

So, this Easter was a beautiful one. Yes, we had the egg hunt and the Easter Bunny pictures. You know, the stuff that gets the most BUZZ on facebook. I especially hate it when non-Catholics partake in this. It makes me literally insane. It just neutralizes the holiday even more. As we were driving over to church, Bill and I kept telling the kids that THIS was our greatest holiday. NOT CHRISTMAS. Easter was the one day that meant the most. They understood and I hope they remember it. 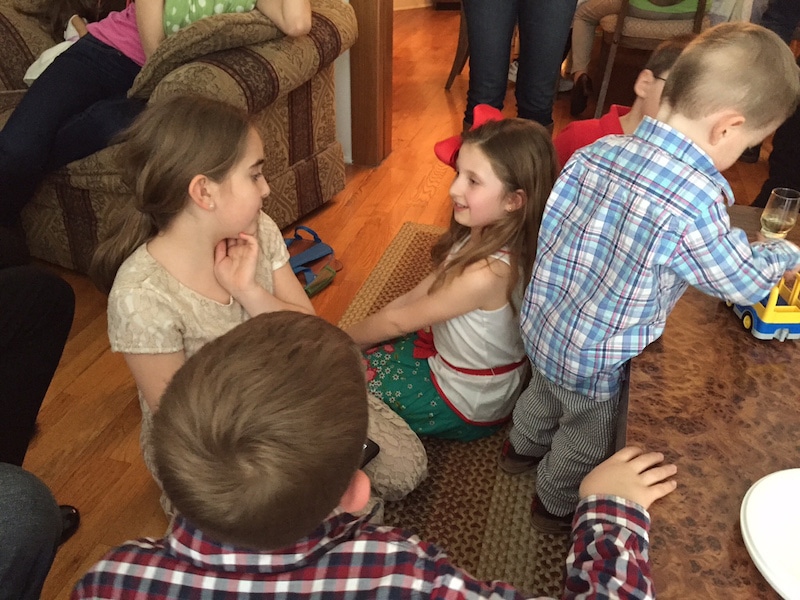 When we got to my mother’s house,the kids started playing and running around. Caleb was actually completely entertained which I was so thankful for!! I actually had a holiday off – he spent the majority of the day running around the house with the other kids. 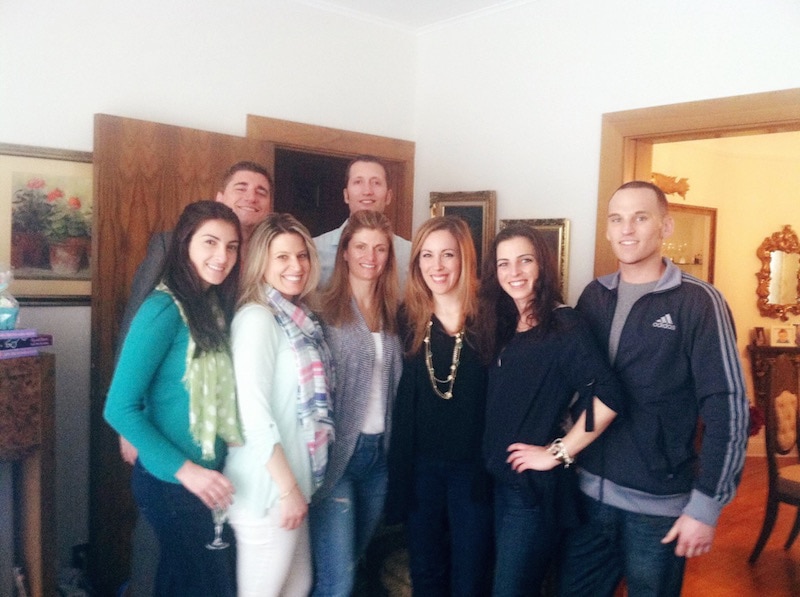 Meanwhile, I caught up with everyone else in my grandmother’s tiny apartment where there aren’t enough seats – but it still feels just right. 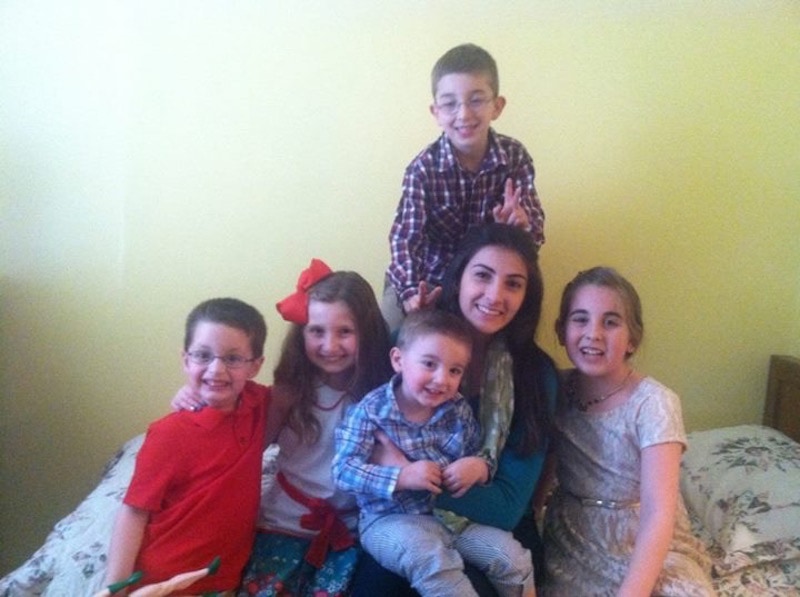 And of course Liam got some bunny ears in the mix! He can’t help it! 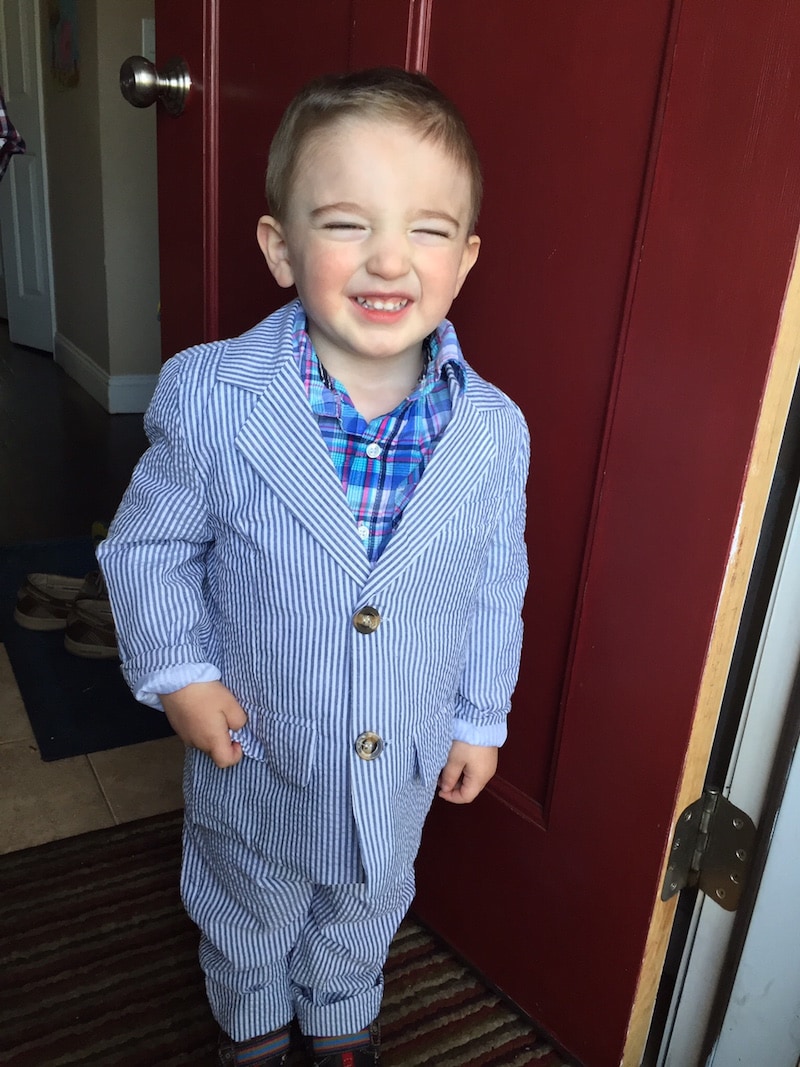 Oh and by the way — Caleb’s Blue Seersucker suit was from Andy & Evan and it got so much attention!! I cannot tell you how many people stopped us to ask about his threads. So, I wanted to let you know where to find it because I am simply obsessed!! I bought it one size up because I wanted to get the most wear out of it – and yes, that blazer is a little large. But I don’t care. I LOVE IT!