While attending the D23 EXPO 2015 in Anaheim, California, I learned about a variety of Disney parks and resorts updates. The crowd was SCREAMING and losing their mind… and I was right along with them. As a guest of Disney, I was privileged to attend these panels and hear the exclusive news FIRST alongside 7,500 of Disney’s BIGGEST FANS. The people in the room were a mix of media and FANATICS – people slept outside overnight to reserve their chairs. I was blown away.

Walt Disney Parks and Resorts Chairman Bob Chapek opened up the presentation with an update on Pandora – The World of AVATAR. People were dying to know about the E-ticket attraction – AVATAR Flight of Passage.

The biggest takeaway for me from this section of the event was when James Cameron said he hoped families would sit and picnic all around the park and not just rush around from ride to ride. The actual PARK was the experience – not the restaurants, rides and shops. It’s going to be the entire THING. I got SO excited hearing this!!!! With vacations, families just rush/rush/rush. It’s nice to hear this world is being built with a different notion in mind. 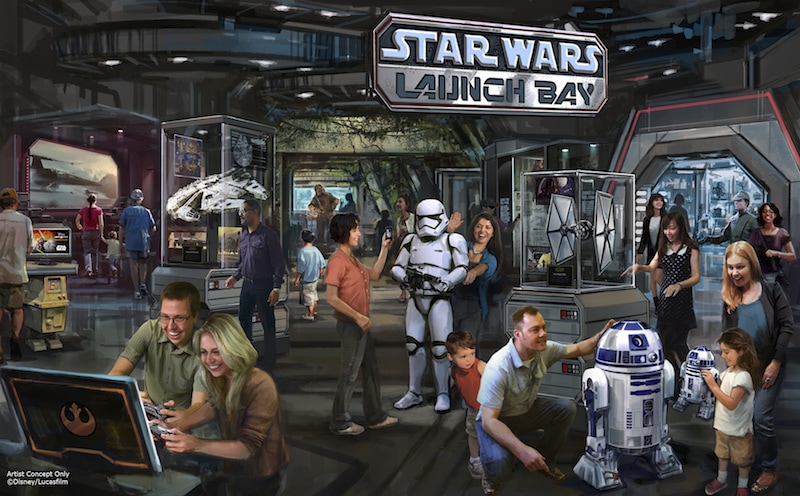 Then — we went right into Star Wars!

Star Wars Enhancements & New Experiences
This section actually almost made me cry. I kept thinking about how much my children are going to FALL IN LOVE with this new world. I mean, to be absolutely submerged into this reality – I can only imagine what a child is going to feel. (what I am going to feel)

Full confession – I teared up the first time I walked through Harry Potter’s world at Universal Studios because I saw how magical it all really was. I have a feeling this is going to be a BILLION times more powerful for my little ones. I mean – think about going to eat in a restaurant and then having creatures sitting right next to you or serving you OR floating around in a tank behind the bar. I mean – the possibilities are endless!! Here’s more information on the updates: 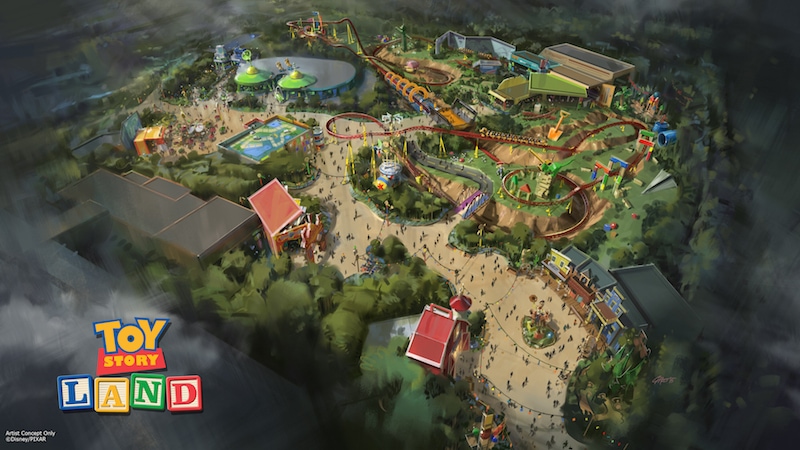 To infinity and beyond… at Disney’s Hollywood Studios! Toy Story Land is in the works – CAN YOU STAND IT???!!!  This new 11-acre land will replicate Andy’s backyard.  Guests will think they’ve been shrunk to the size of Woody and Buzz as they run around building blocks, plastic buckets and shovels, and game board pieces. So exciting!!

And as if that wasn’t enough – next year, guests at Epcot in Florida and Disney California Adventure in California will get to enjoy the new Soarin’ Around the World! I wonder where they are going to take us!!!

* Disney invited me to LA to attend D23 and cover the panels. All opinions are my own.