Well, we did it. We finally did it. Over the weekend, we headed to North Shore Animal League and rescued a shelter dog. I think we spent a good 4 hours figuring it all out – deciding on which furry baby we would take home, filling out forms, buying the right food, etc. etc. It wasn’t an easy task. But this decision was a big one. We had Jack and Jill for almost 16 years. Adopting a dog is a lifelong decision. It shouldn’t be an easy one.

Let me tell you a little bit about how our family met Tucker. 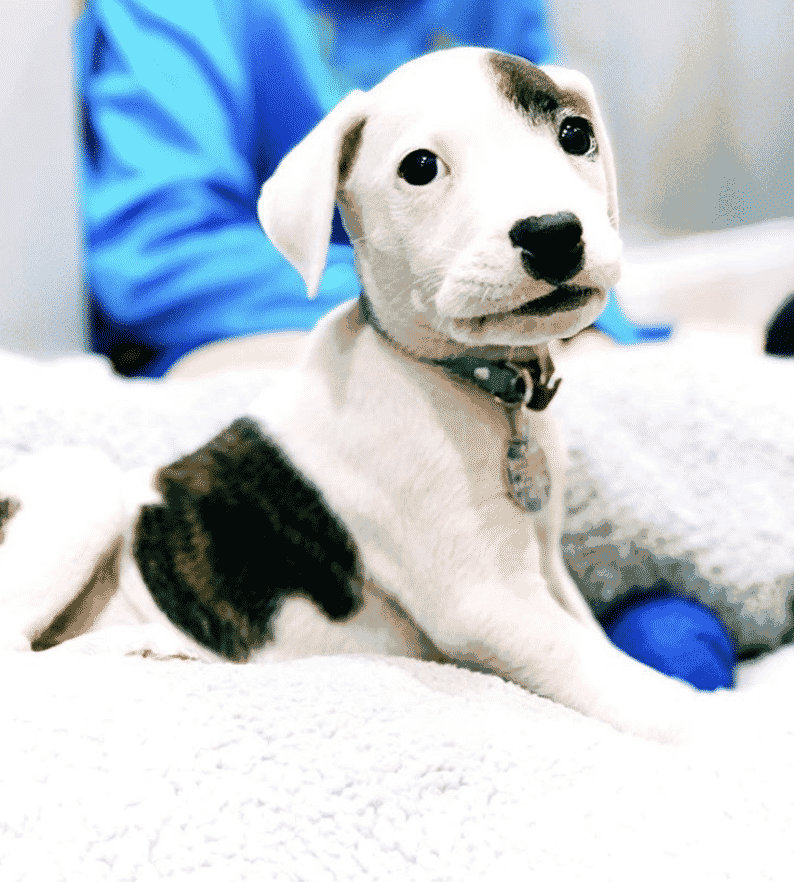 It looked like Tucker was part of a litter. Four cages all had similar puppies and if I had to bet, I’d say they were all siblings. Couldn’t say for SURE of course… but anyway. All four of the cages had “taken” signs on them meaning they were in the process of being adopted. You could look and admire, but not touch because the dogs were already claimed. Tucker had one of those signs. So, we looked around and found this adorable lab named Petunia who had a LOT of energy. A TON of energy. She was fun and wild and I thought she fit well with our family. But my eye was secretly on Tucker. 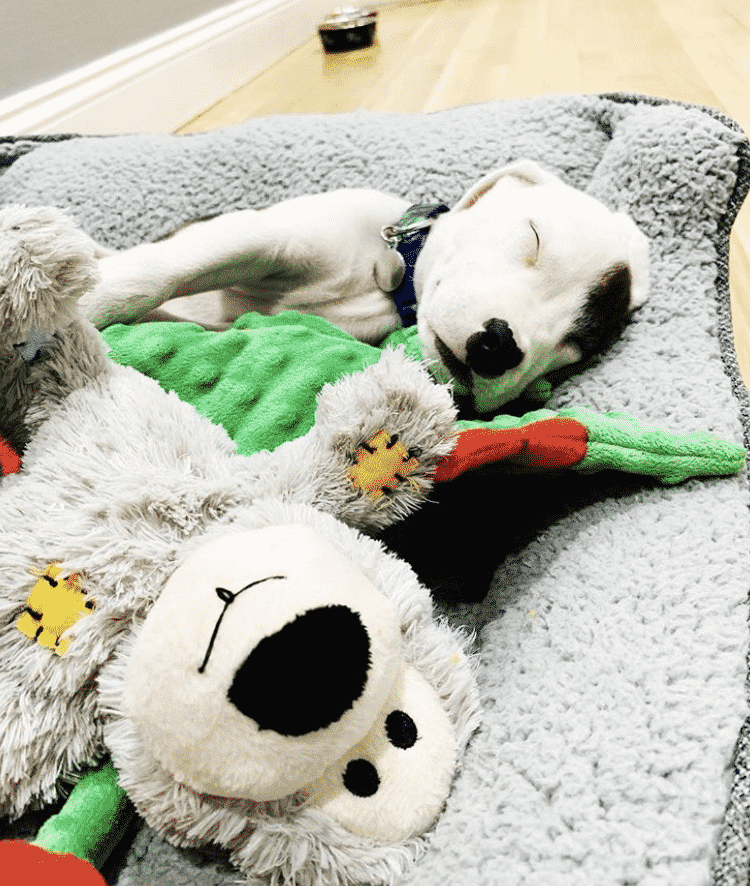 We waited on line with the form to adopt Petunia for a very long time. AGES. At least an hour. The shelter was packed on Saturday. At North Shore, they put all the dogs out on Friday and basically you have to get there Friday afternoon or Saturday morning. That’s IT. The rest of the week there aren’t many dogs to choose from. It’s really the WEEKEND – that’s when adoptions happen.

It was just about to be our time to go into the official adoption room and claim Petunia and then… Tucker’s card got pulled. Someone changed their minds about him. I saw that his card got switched and then I jumped right off the line and grabbed my whole family with me. I told them we needed more time to think. Tucker was available! By the way, Tucker had no name. All the other dogs were named, but he wasn’t!! So strange.

I asked someone to give me Tucker and they put him in my arms and he was so sleepy. He was sick. On a bunch of meds. They just brought him up from Florida. He was a rescue from the Hurricane no less! Only 8 weeks old – much too young. Not even fixed yet. Doesn’t have all his shots. Can’t even go outside yet. I mean this was a BABY. Sleepy beepy. 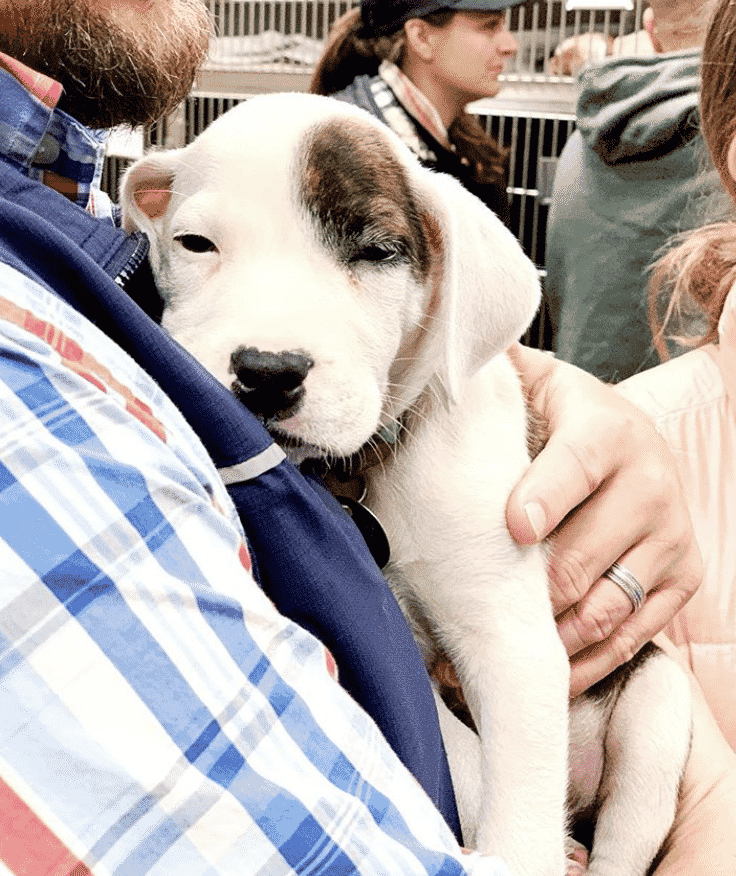 I handed him over to Bill and everyone started to beg for Tucker. They said that they wanted to bring Tucker home. That he was our dog.

We decided to name him Tucker because over the summer when we vacationed in Nantucket we said we were going to get a new dog after Jack and Jill passed away. So, we wanted to remember that trip forever. Nantucket… tucket… Tucker. We will always have Nantucket. And now, we will always have Tucker. 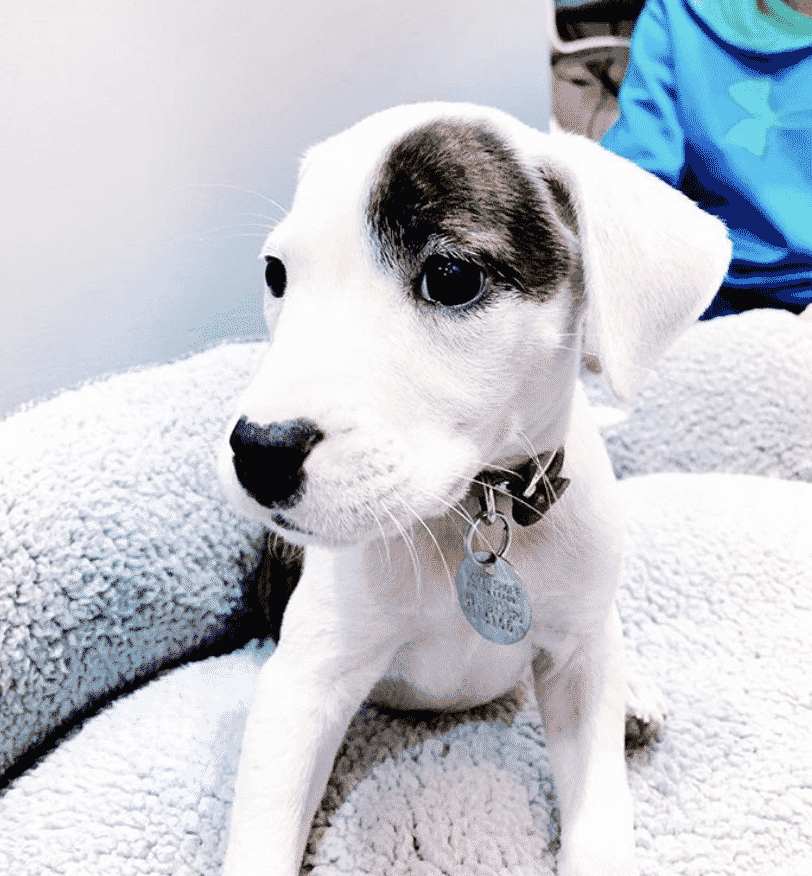 He’s still so new. He is sort of potty trained. Tucker knows how to use the wee wee pad, but he doesn’t understand the difference between a carpet and a wee wee pad. So, we have to block off half of the house. Just when I was getting my life in order. LOL! We brought down the gates again.

We bought a crate, but I don’t know if we are going to use it. I’ve never crated a dog before. In 16 years, we never crated. It’s such a new concept for me. Either way, we started this journey and there is no turning back.

They say he is a hound and a terrier. I think I see a little pit bull, too. He is a mutt for sure. But so am I. On his paper, North Shore estimated that he will grow to be about 40 pounds. It’s all so up in the air though? How do they know anything? He’s a rescue??? I just don’t get it. Bill wants to do a DNA test which makes me laugh. In the end, he’s ours. I don’t need a test to tell me that. 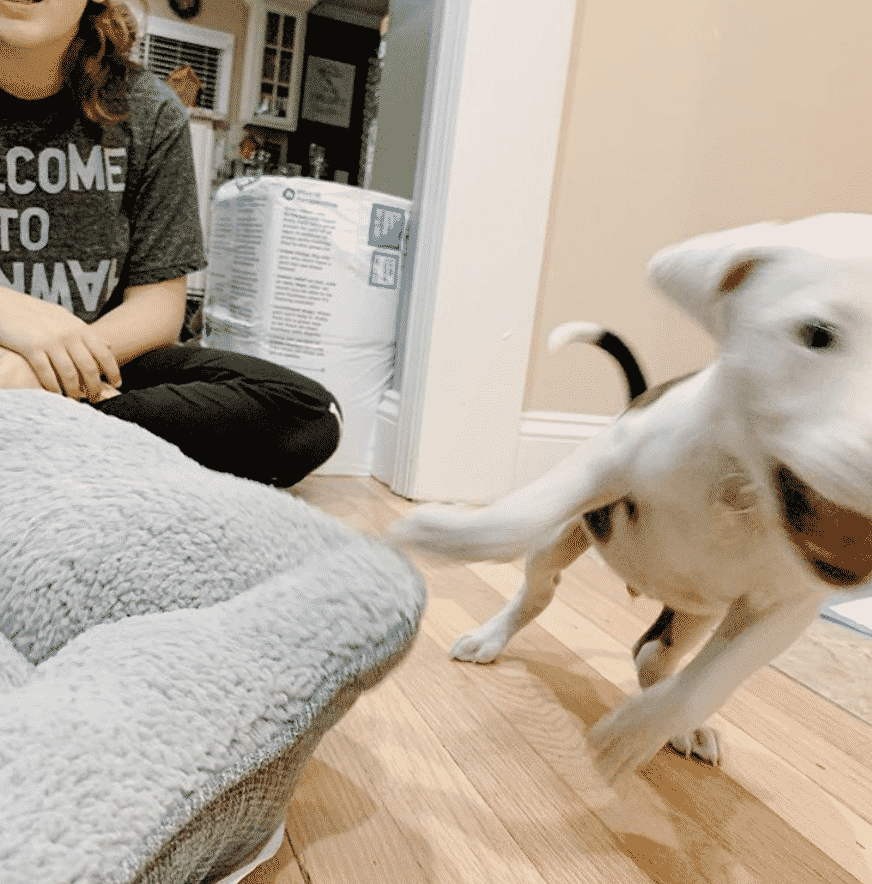 If you want to get an idea of what he is like a few days in… he is comfortable and happy. LOL! Want to know why we gave him the middle name Thanos? Because he is the destroyer of all things! That boy is teething and he loves to bite.

It's hard to tell from the photos but if that is not a breakaway collar, please switch to one asap. Thousands of dogs get strangled every year because their collars get caught and the dog dies. Or they get severely injured. Ask your Vet what they recommend. And THANK YOU for adopting and not shopping. Great job!