It might have taken me 20+ years to do it… but I finally met the New Kids on the Block.

Here’s the rundown of how it happened.

New Kids on the Block are currently promoting their second season of “Rock this Boat”. I’ll be honest with you – I don’t watch a lot of LIVE TV and had no idea this show even existed. I knew that the guys occasionally took cruises with their fans, but I had no clue that they turned those trips into a reality show.

During the press junket, we had the chance to screen an episode and to interview the fab 5. 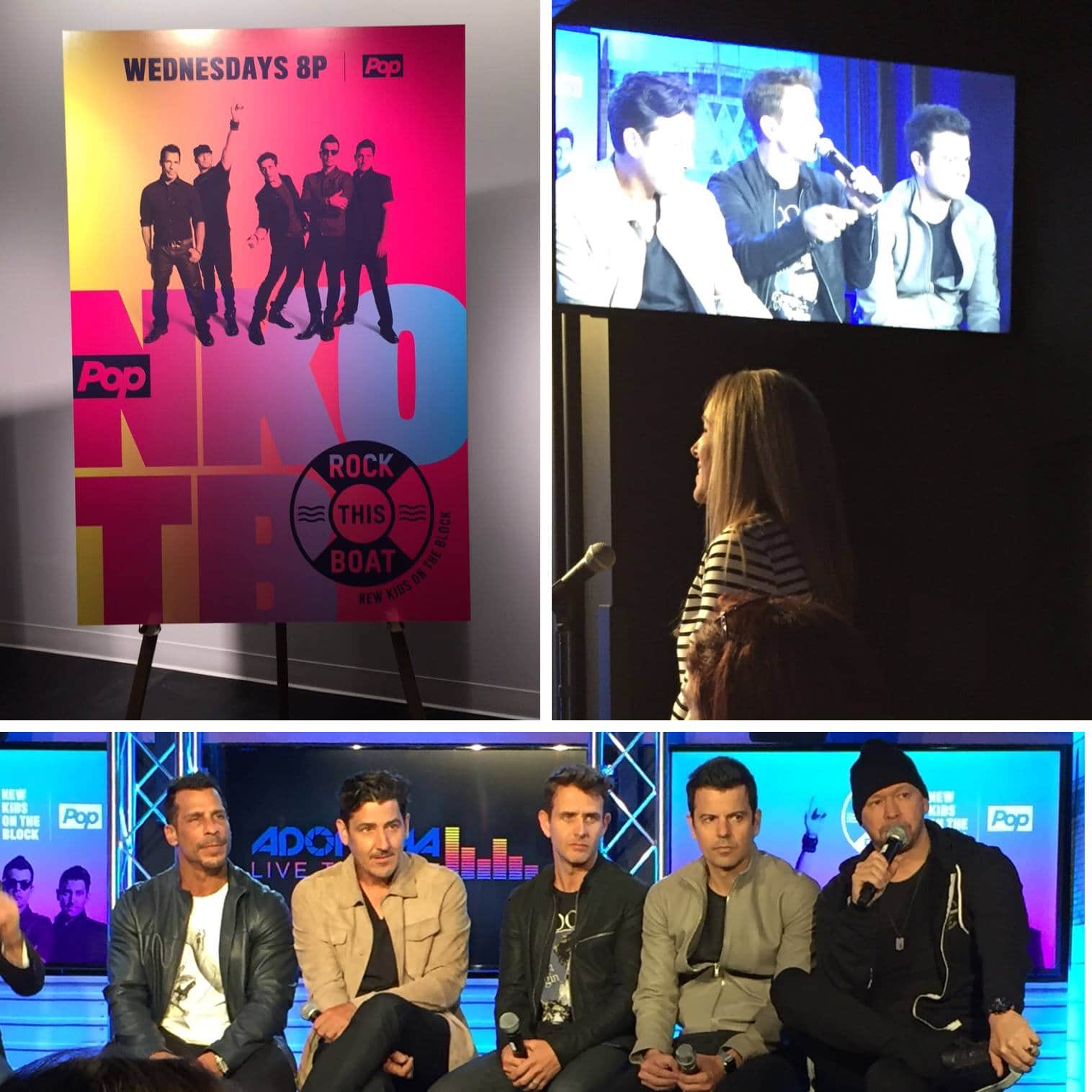 Only a few people were able to ask a question and you KNOW I jumped out of my seat to talk to NKOTB. My 12-year-old self would have been so disappointed if I didn’t take the chance! 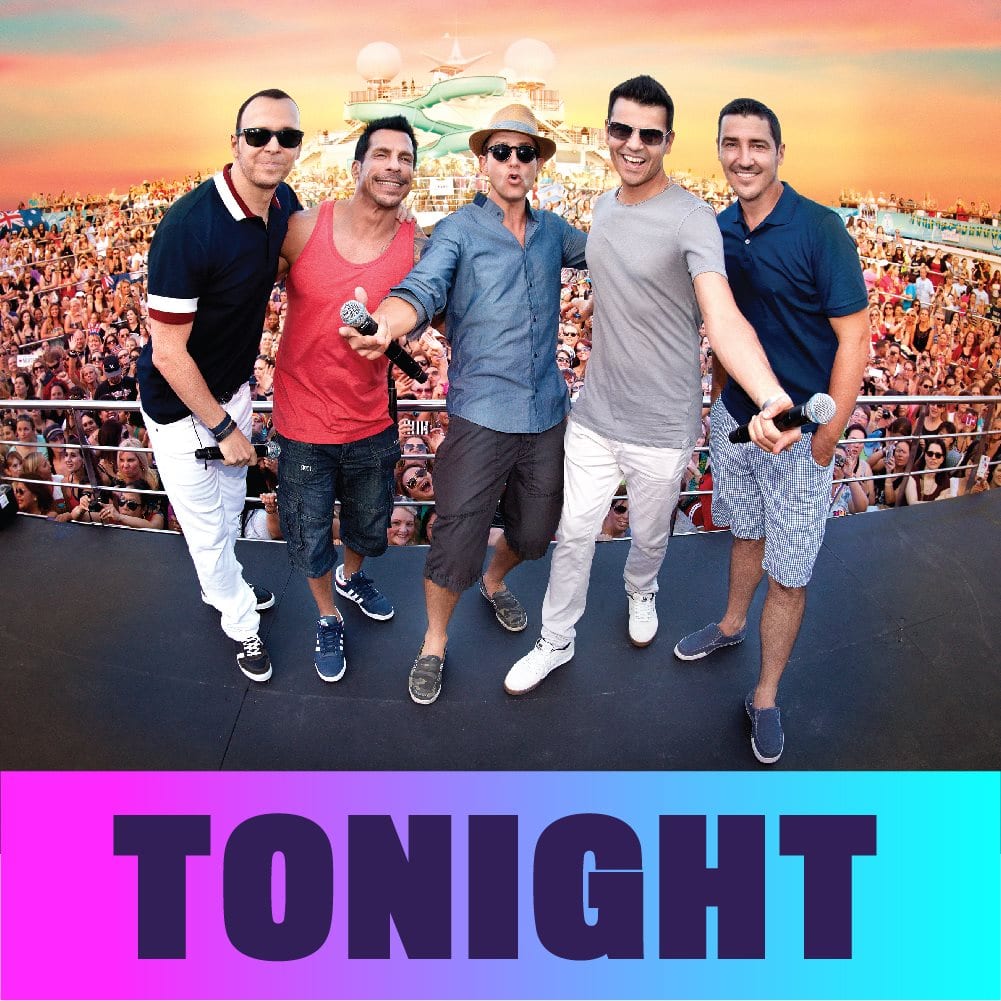 The group screened the show together and there were a few “laugh out loud” moments – no really! And I wasn’t forcing anything. I actually really enjoyed it.

While I am not a NKOTB fanatic at 38, I most certainly was as a tween. So, I can UNDERSTAND the “crazy” that’s being displayed on air. These middle-aged women are running around the boat, trying to catch a glimpse or snag a hug from their favorite pop singers … and I KNOW why.

I’m rooting for them and watching wide-eyed all at the same time. It’s a little bizarre. I can REGISTER that the woman sneaking into a restricted area is a little nuts, but at the same time, I’m also hoping she gets the answer she’s looking for!

Mixed emotions, folks! Mixed emotions! I’m like a recovering addict who still remembers what it feels like to have her addition but who no longer has it. HA! 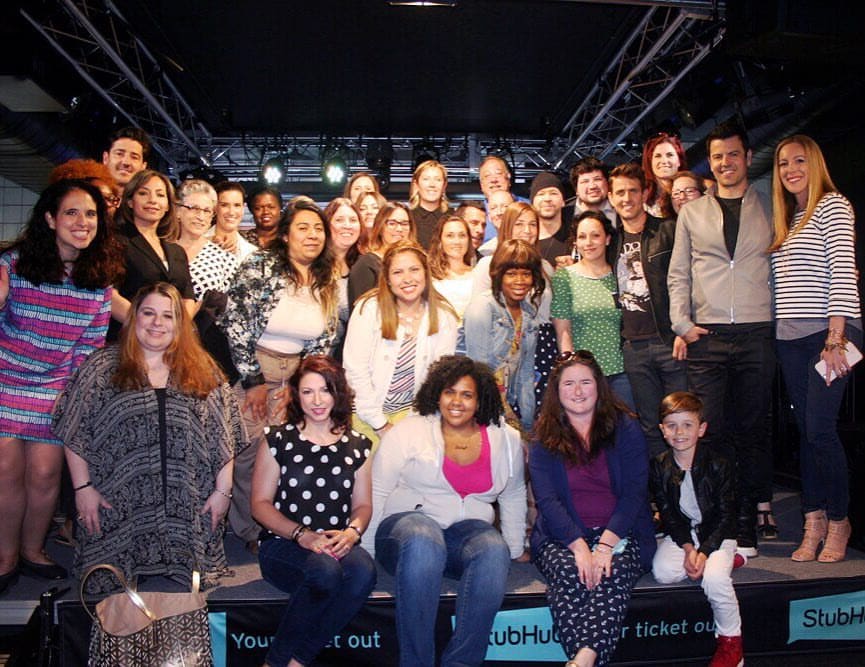 Take this group photo for example — when I went up to Jordan Knight and got close for the photo, I made a joke. I said, “You know I’m going to crop this photo to make it look like it was just the two of us.” He half giggled and looked away because that man has probably heard something like that a million times. HOWEVER, he’s heard it from people who ACTUALLY MEANT IT. I was TOTALLY KIDDING. But I think these men are constantly surrounded by older woman who MEAN EVERYTHING THEY SAY. And their reality shows gives you a glimpse of just that. In fact, there’s a scene in this week’s show (airing WEDNESDAY at 8PM on POP Network) where they talk about how married women are free with their hands and tend to get “grabby” when taking photos. Can you imagine?! Day in and day out getting felt up by fans? Crazy!

I have photos with Chris Pratt, Chris Evans, Bradley Cooper, and even Angelina Jolie after doing press interviews or group photos at red carpet events … and never once cropped in faces to fake out friends. I’m not that person… but Jordan Knight literally thinks I’m a stalker fan. My tween-self wants to slap my current self in the mouth. What an impression I left…  (Who am I kidding? He doesn’t even remember that conversation! HA! ) 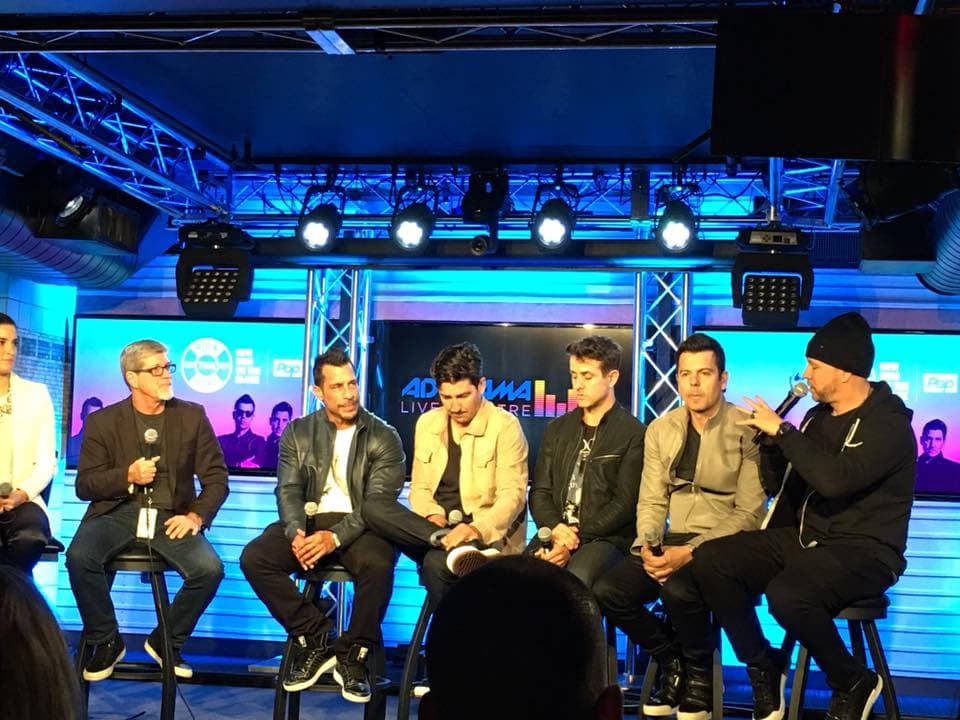 Want to see our FULL Q&A video. Click here.  You can catch the moment where I hopped up out of my seat and asked a question to the group. Donnie answered and just so you know… he was my favorite. So, that was H-U-G-E. Yes, we locked eyes. Yes, I think that means we are married. 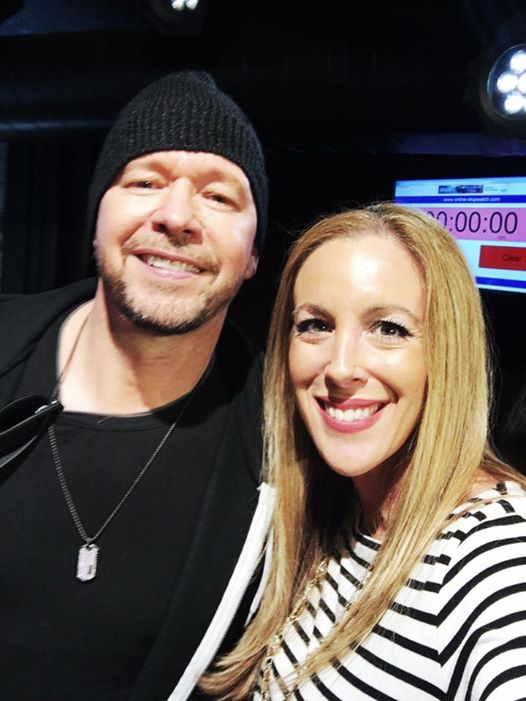 There aren’t many things in pop culture that excite me anymore. I’ve been blogging since 2005 and have had some pretty incredible opportunities. From exclusive interviews, to landing my own TV show on TLC, to trips around the world, I’ve had my fair share of excitement and adventure. But for a split second, when I was talking to Donnie, I felt young again. I remembered what it felt like to be a kid again and to love something that represented so much of my childhood and it made my heart flutter. I haven’t felt that in a very long time and I am so thankful for the experience. It was absolutely fantastic.

Will I be watching Rock This Boat now that I know it exists? You better believe it! Wednesday 8PM on POP!