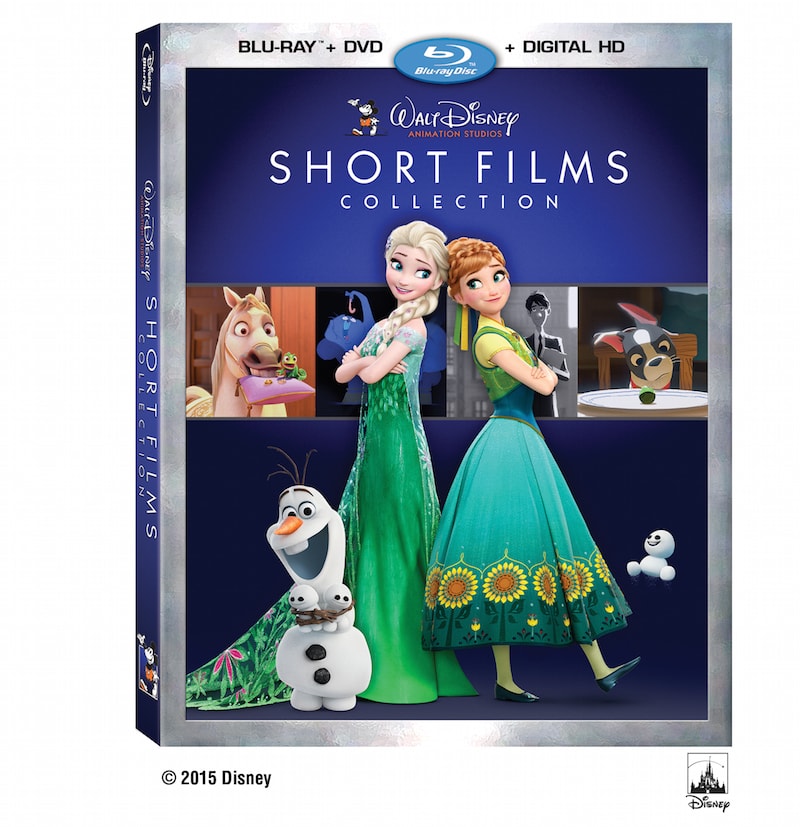 During the D23 Expo, I had the chance to sit down with some of the directors for the upcoming  WALT DISNEY ANIMATION STUDIOS SHORTS COLLECTION. I screened this DVD with the kids before I headed out West and we LOVED it as a family. Everyone had a different favorite but we all agreed on one thing — this DVD is a must own.

Shorts (and filmmakers appearing in each Shorts Introduction):

Bonus Features: Filmmaker Intros – The filmmakers behind the shorts share their journeys and introduce their films. 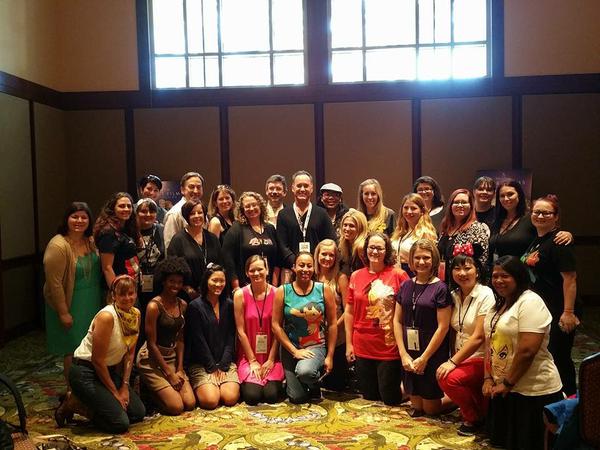 The Disney blogger group (25 in all)  sat down with Peter Del Vecho, Dorothy McKim, Mike Gabriel and Mark Henn and questioned them about their favorite moments while making these short movies.

Now, I will say – for one section, I wish I had visual or audio to share because this group really opened up. As a matter of fact, I want to start off with that section (and then get to that Frozen Easter Egg). 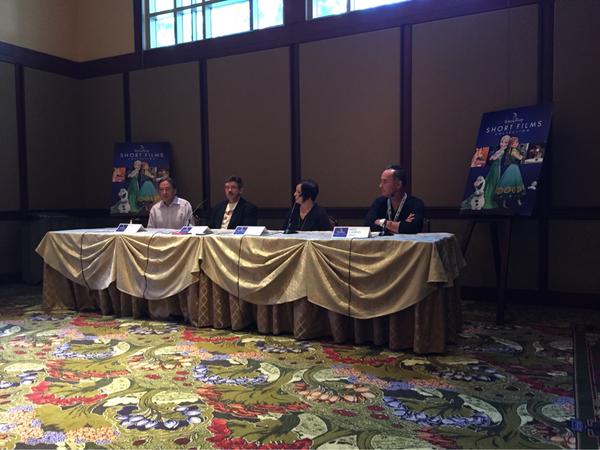 A blogger asked the directors to share a moment when they felt inspired or recognized from their industry or fans. One of my favorite answers came from Mike Gabriel:

Eric Larson was one of the Nine old men and when we did a scene from The Great Mouse Detective, the dog Toby was my character and he snooped around the room and came up under a tablecloth and just running around, but Eric Larson came by my office, knocked on the door and said, “Mike, I saw that scene today in dailies.  That’s the best scene I have seen in a long time.  I would be proud if I had done that scene myself.  That’s the level of animation I’m trying to get to happen again, right there.”  So that was a great highlight moment.  I was like I’m still up in a cloud from that one.

Now, think about this. Mike is an acclaimed director. Top of the line. And someone he truly admired gave him the ultimate compliment. I guess I loved that story because so many people would WISH for Mike to tell them those exact words, but we learned who Mike’s hero was this weekend — and I thought that was really special. Everyone still has that someone that keeps them aspiring / dreaming / pushing.

If you are looking for a tear jerker… here it is. I did everything in my power to not burst into salt and water when Dorothy gave her answer.

Mine is actually during Meet The Robinsons – you know a story about adoption. Steve Anderson, the Director, was  adopted and his adopted parents gave him a letter and said, “When you turn 18 you will um–  just open it and we’ll give you all the information about your mom.”

To have somebody that comes to you and said that really changed my life, it really helped me. I mean that’s my ultimate thing – when we just reach out to the entire world and we can help people.  People that are sick or people that are going through certain situations and just to help them and just give them a little lift. 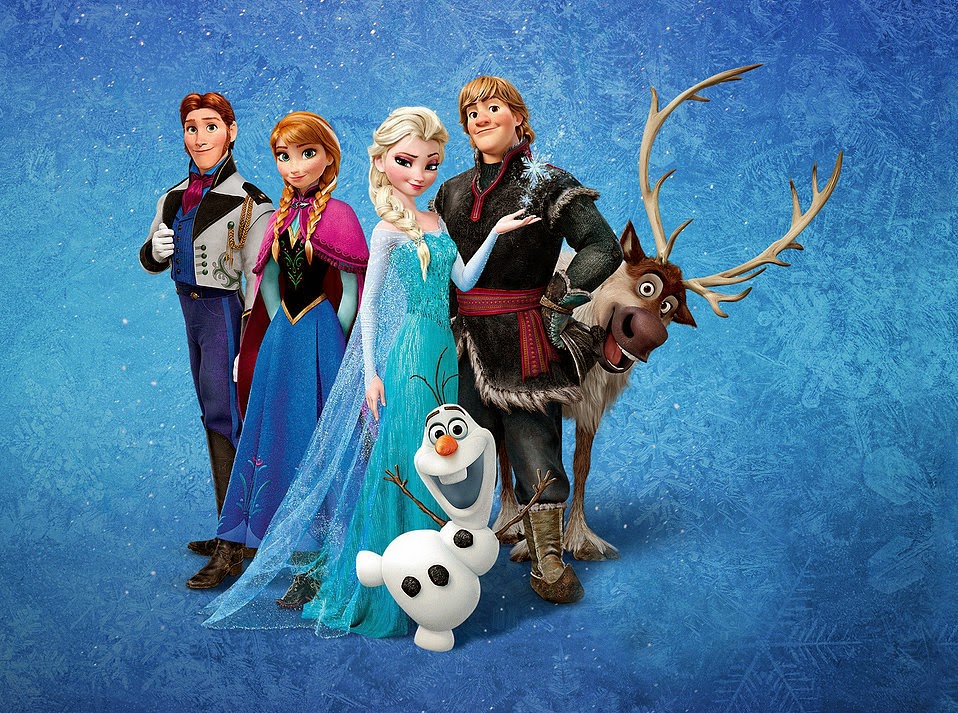 Let’s shake it off and talk EASTER EGGS!!!!

During the interview, Peter Del Vecho CONFESSED that there is still an Easter Eggs in Frozen that no one has ever found!!!

There’s still one Easter egg in Frozen and no one has ever found. In the feature.

We BEGGED for a hint.

You know, I’m gonna’ stay away from that just because I, I–  we’re very, very curious to see if anybody ever figures it out. 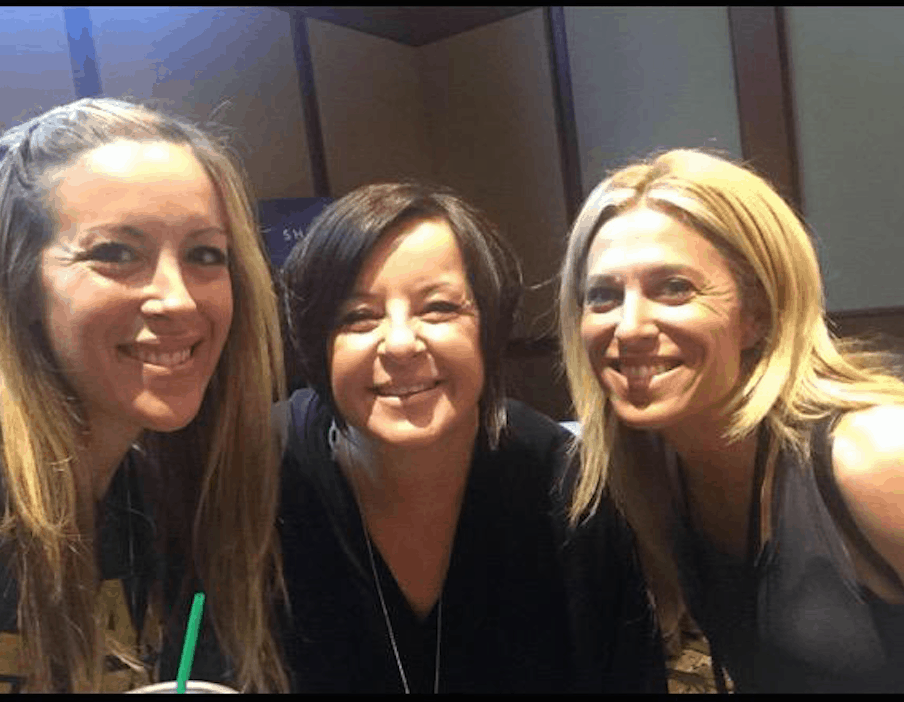 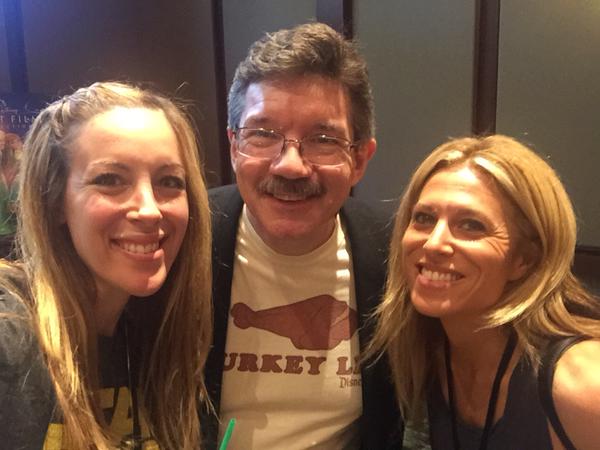 We also learned that Mark Henn was drawn into The Little Mermaid as a polyp with a stash and most shorts take about 9-12 months to complete even though they are under 15 minutes in length. Can you believe it?!

I wish I had more time with Mark. I think I watched The Little Mermaid 6,000 times. My mother had to buy me a second VHS tape because I wore it to shreds. I had two favorites growing up – The Wizard of Oz and The Little Mermaid. To be in the room with him… insane.

They were a wonderful group and I am so thankful that I had the chance to sit down with them.

As far as the Disney Animation Studios Short Films Collection goes, the family is divided on favorites. I LOVED Paper Man. Oh my goodness, how I loved that film. My children loved Tangled and my husband LOVED Tick Tock. So, trust me when I say there is something for everyone.

* Disney invited me to D23 Expo. Expenses were paid but all opinions are my own.