I promised myself to write this post just in case parents out there wanted to replicate the trip we just took to Spain. Our Spain itinerary was easy to manage. I have three children – one of them just four years old. We were able to do this trip with ease. Rest assure! It’s possible and it was fabulous! 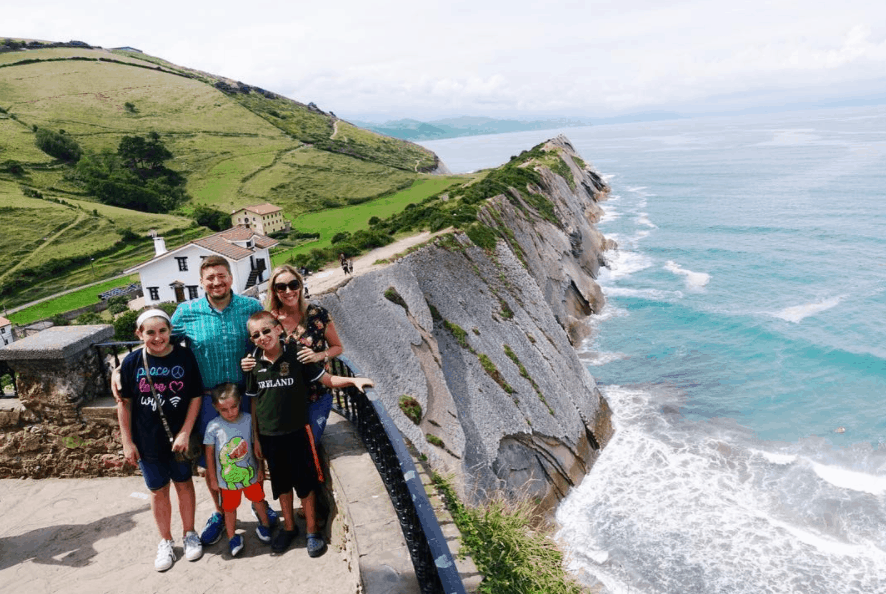 What towns did we include in our Spain itinerary?

In order to minimize cost, we traveled between cities using Spain’s train system. We could have flown and saved a boatload of time, but it would have cost us thousands of dollars MORE.

The train was clean, simple, and comfortable. We napped in between stops and the kids had ZERO issues because we brought along iPads and backup chargers. Please do both!

Depending on where you sit in the train determines whether or not you have plugs in your seat. We paid more on one leg to get the plugs but then couldn’t get those same seats on the second leg and all our iPads were DEAD by the time we got to our station. Thank goodness the kids were tired enough to sleep! If they weren’t – that five-hour ride wouldn’t have been that easy.

So, keep that in mind! Back to the Spain itinerary – let’s break it down, city by city.

MADRID WITH THE FAMILY:

We started our Spain trip in Madrid. Such a lovely city. We did private tours for the first 5 days of our vacation, but you don’t have to do that. My husband surprised me with that gift because this was my 40th birthday present.

We scheduled everything while still in the States. That made it easier! You can look online and figure out which tour works best for you – or you can simply call your hotel and figure out what they recommend. 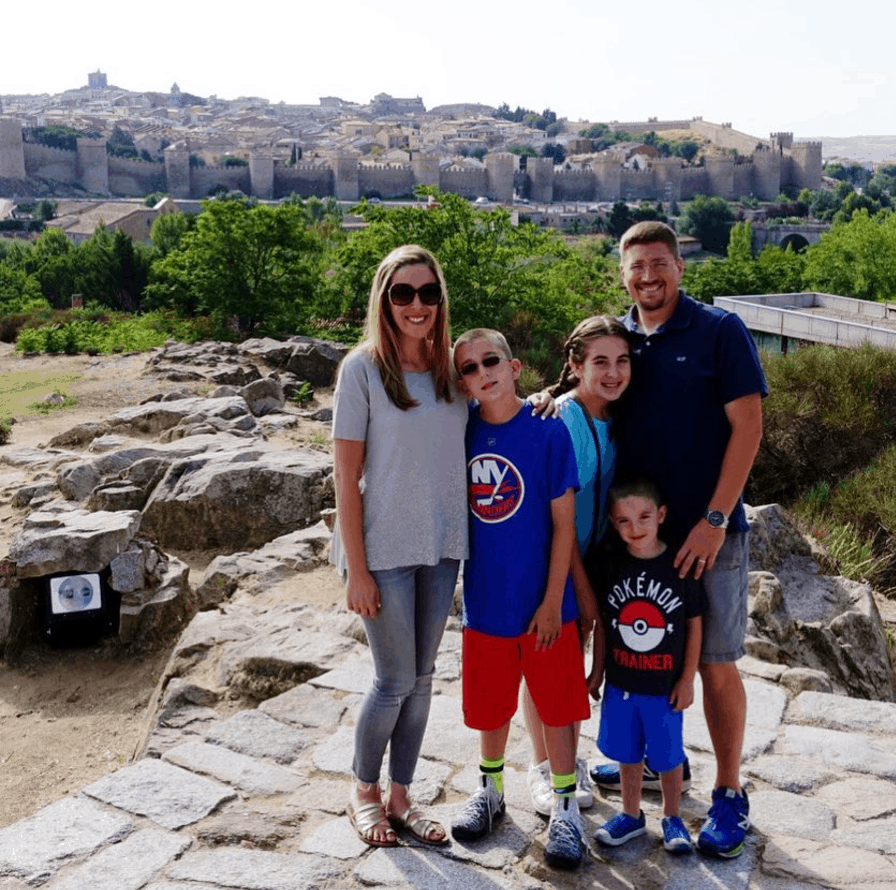 In Madrid, we stayed at the Le Meridien. It was centrally located and walking distance to all the shops and restaurants. From Madrid, we took day tours to both:

I loved all of these cities. Avila was very medieval and was filled with history. Segovia was also fascinating. It housed the castle that was said to inspire Walt Disney when creating Snow White. How super cool! 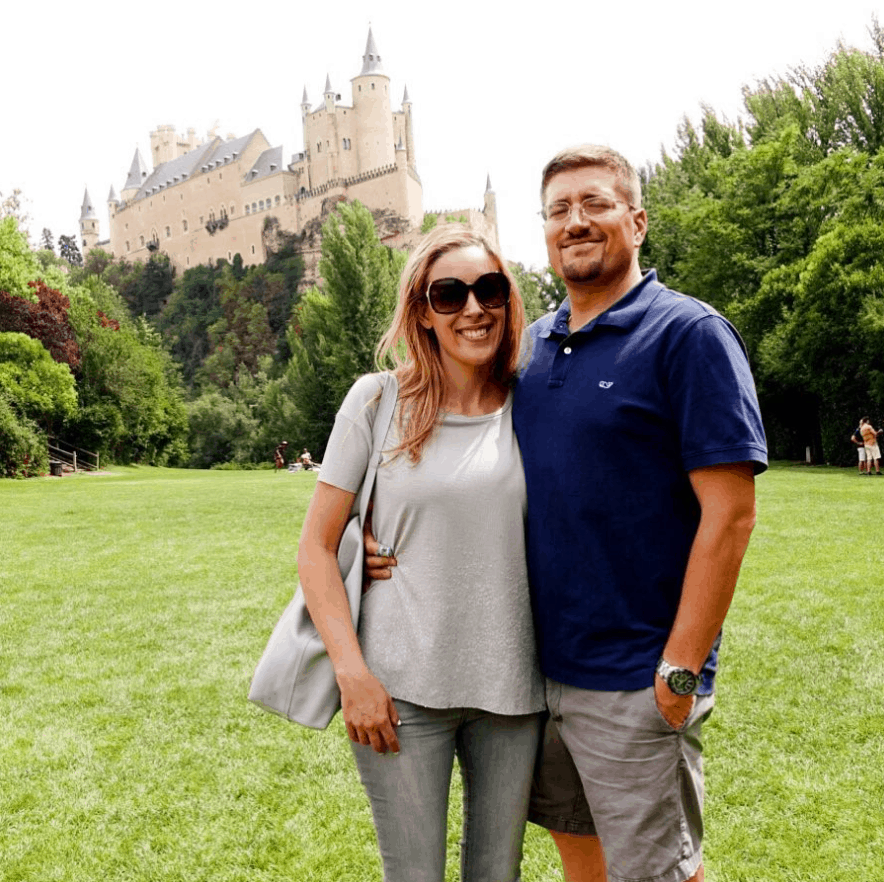 Look at it! Isn’t it beautiful! We even went inside – I will do another post on that in a bit. This is more about the itinerary. 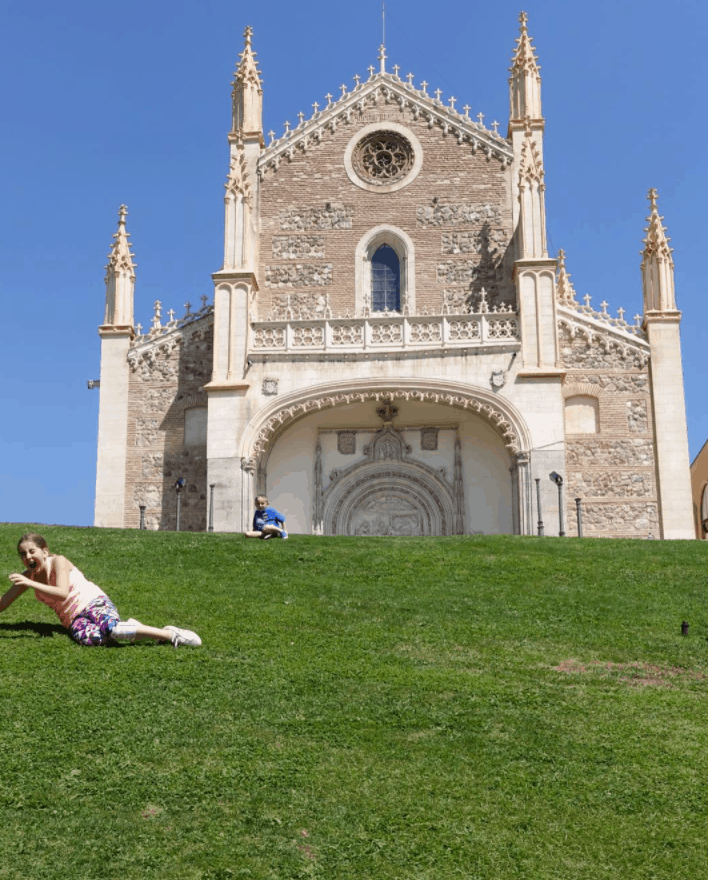 After every private tour, we would end back in Madrid and do some more sightseeing on our own. We visited the Prado museum, dined at a variety of amazing restaurants and strolled through town parks. Perfection.

PS – do NOT leave the city without a visit to Corral De La Moreria. It was something I will never forget. We didn’t eat dinner there because we felt that the children wouldn’t like the food. So, we just paid for the show. You can do that.

Once our time was up in Madrid, we hopped in two cabs (you cannot have more than 4 people in a cab BTW – get ready for that) and went straight to the train station.

There are two train stations – make sure you tell your driver the specific name. Our Spain itinerary then brought us to San Sebastian. My favorite city in the world. Hands down. Literally. Did you hear me? I would move there. 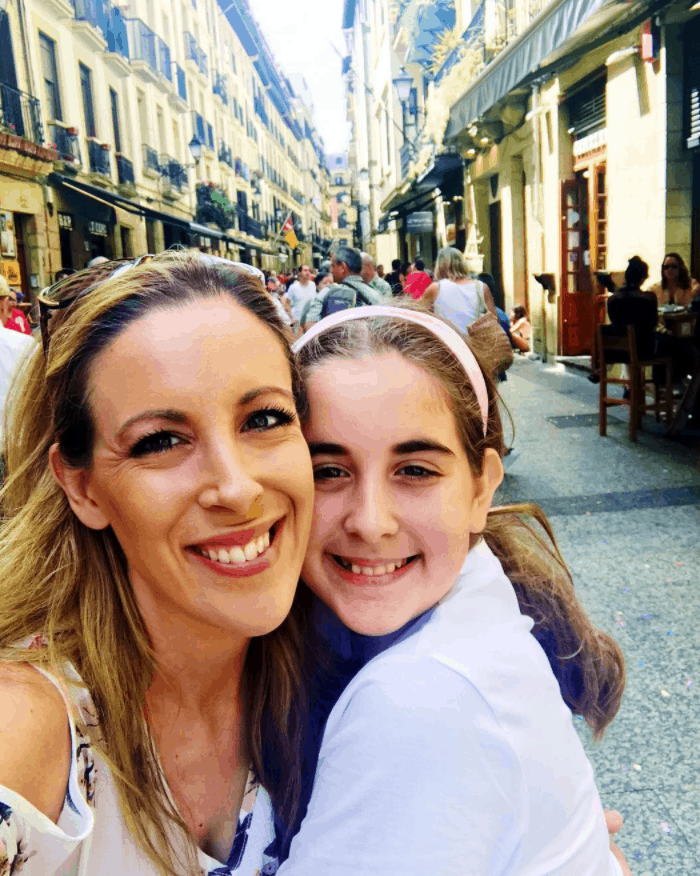 San Sebastian was BOOKED because we went during their annual feast – that was intentional. In fact, our entire vacation surrounded this festival. Unfortunately, we couldn’t get a hotel room – there weren’t any! Can you believe that? We had to end up using an AirBNB.

It was great but expensive. I wouldn’t recommend going during their festival. Especially if you have children! The streets were PACKED. It was really hard to get something to eat for a party of five that all wanted to sit down.

You see, typically in San Sebastian, people eat a little from one restaurant, pay their check and then move onto another restaurant. That’s why most streets are lined with dozens of eateries.

It would have been possible if I didn’t have children. Bill and I would have eaten our way through that city with our eyes closed. In our situation – we needed a table!

So, it was harder than I wanted it to be. Our AirBNB host told us the city is NEVER as packed and it’s actually better to come during another week. Lesson learned. We still had a fantastic time. It just got difficult around 9PM when we ate. 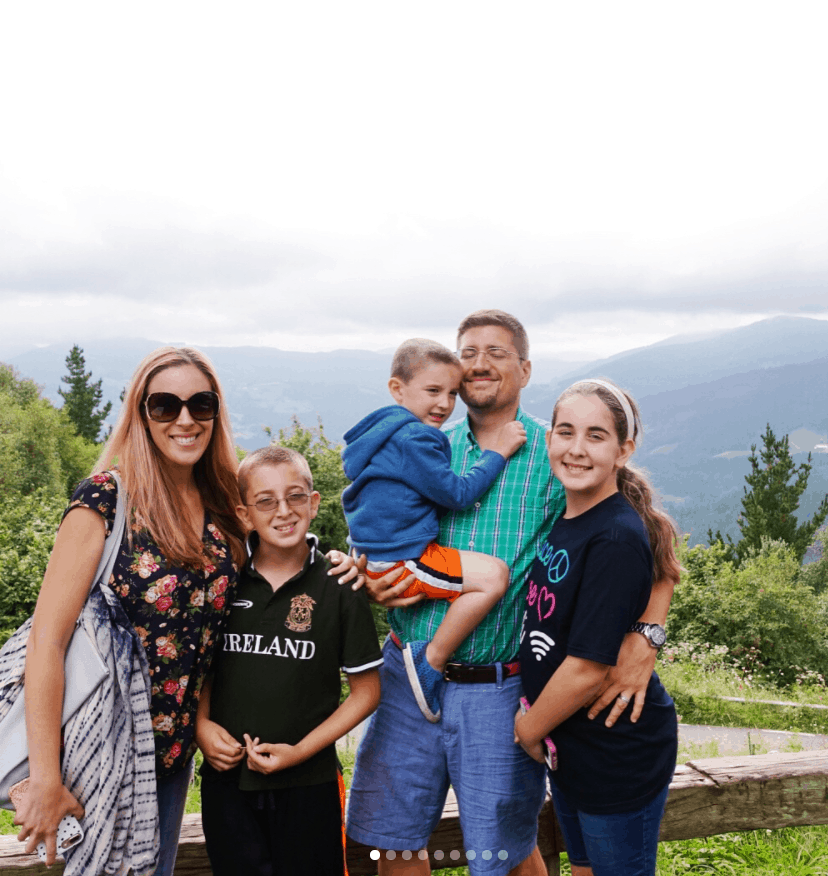 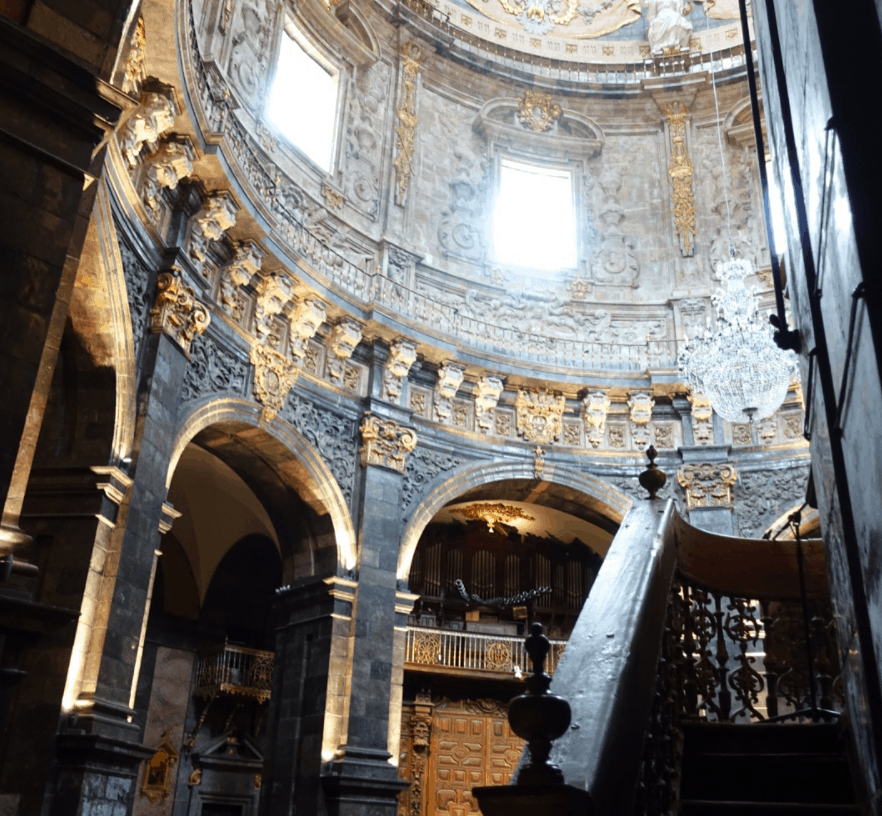 While in San Sebastian, we also visited Basque country – again through a private tour. I highly recommend you doing the same. A very old way of living. The beautiful things we saw on that trip – I will never forget those churches and those small villages. We had breakfast on the top of a mountain – with a view like no other! 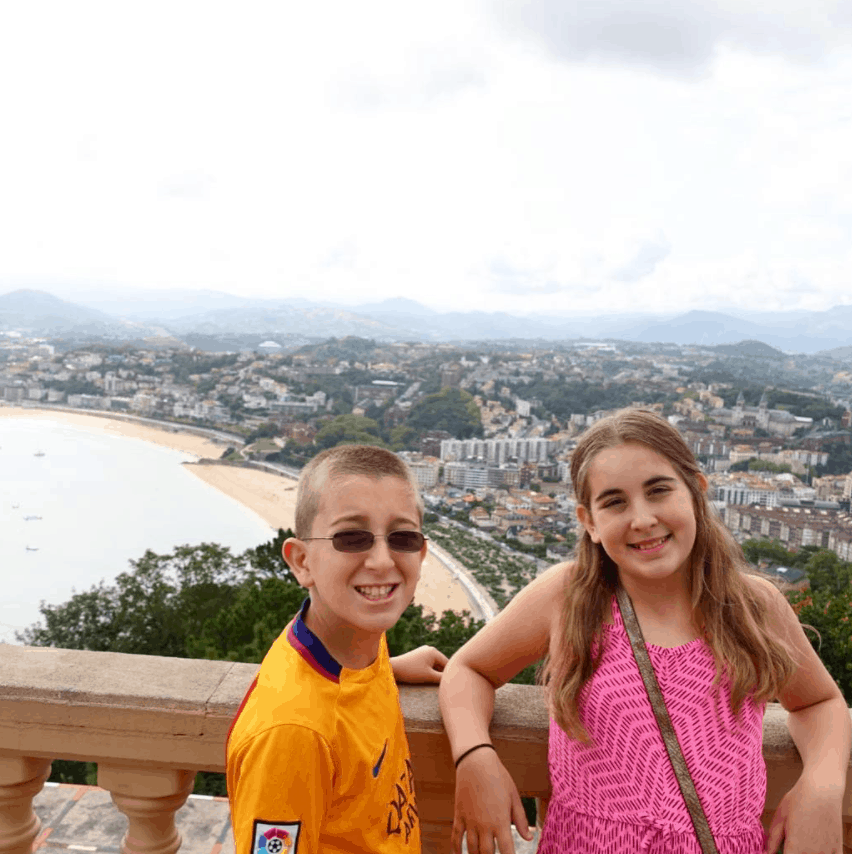 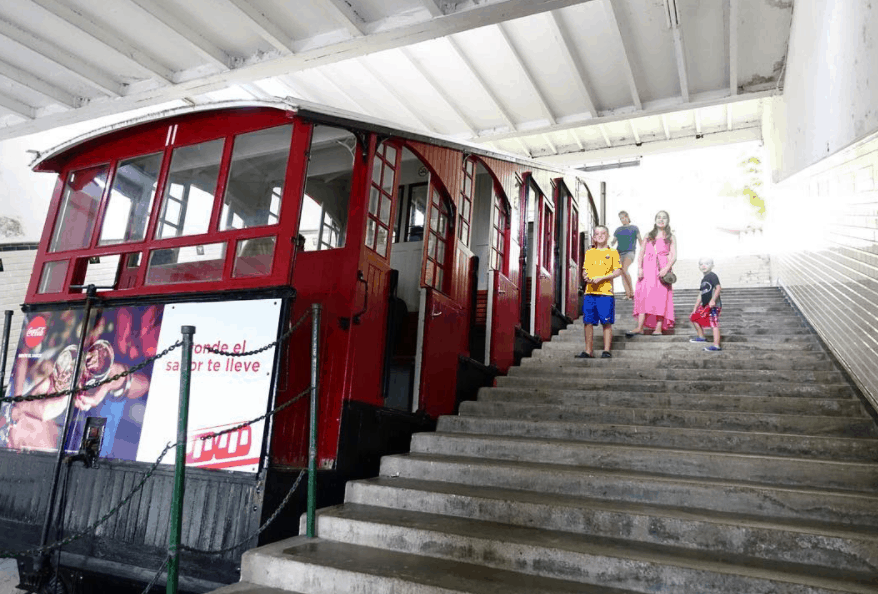 We even rode a 100-year-old rollercoaster on the top of that mountain. AMAZING!

One thing we didn’t do was visit France while in San Sebastian and that was a mistake. If I could go back and change my Spain itinerary, I would include that. So, keep that in mind. You are really only a few miles away from the border.

After the Barcelona terrorist attack, we had to move out of our Le Meridien hotel in the city. We were able to move to San Salvador / Calafell. Our train ride was simple – about 5 hours or so – and we got off at Tarragona. Then the hotel sent a car to pick us up.

It was about 100 euros to get to the hotel. That’s the easiest way because, like I said, flying would have been about 1600 for the five of us. Not worth it. So, San Sebastian to Tarragona. Simple. 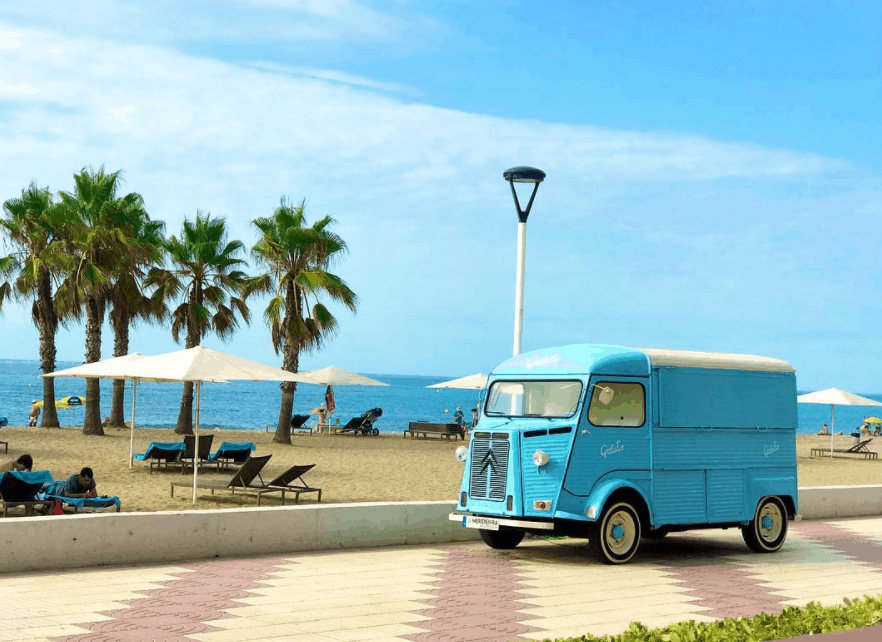 Our new hotel Le Meridien Ra, was drop-dead gorgeous. The rooms were super simple – but the rest of it was incredible.  In a way, I am sad that we didn’t get to spend time in Barcelona but I believe that spending time in Calafell was exactly what the kids needed.

We had so many days of touring that I knew the kids just wanted to go to the beach. And that’s what we did. We swam. We ate. We laughed. We searched for gelato. Period.

We loved this hotel so much that we actually extended our trip by one day and stayed in paradise for an extra 24 hours. We just couldn’t leave.

The cab ride to the Barcelona airport wasn’t that bad – maybe 40 minutes or so? I don’t remember exactly, but it was close. So, it was a great location for heading home as well.

The kids were never too stressed. The kids had the time of their life and I highly suggest that you consider heading to Spain when you can. I think it’s my favorite country yet.

What do you think about our Spain itinerary? Something you would consider trying?

A note about the tour companies we used because I’ve received several emails requesting this information. 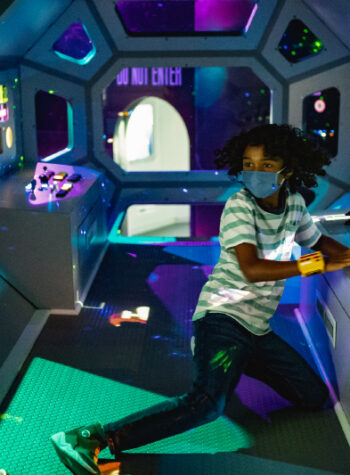