Over the weekend, my family went to see a Sebastian Maniscalco comedy show and let me tell you – it was worth every penny.  I’m not sure if you’ve ever heard of Sebastian Maniscalco, but I need to put him on your radar if not. That man is downright hilarious. I mean, any day now he is going to get his own primetime show. That’s where he is headed. I was crying – literally. My right eye kept tearing the entire show. Either I was allergic to my mascara or Sebastian Maniscalco was hitting every joke on the head. He talks a lot about growing up in an immigrant Italian American family on the East Coast. When I say that every single punch line was relatable – believe me. C-R-Y-I-N-G. 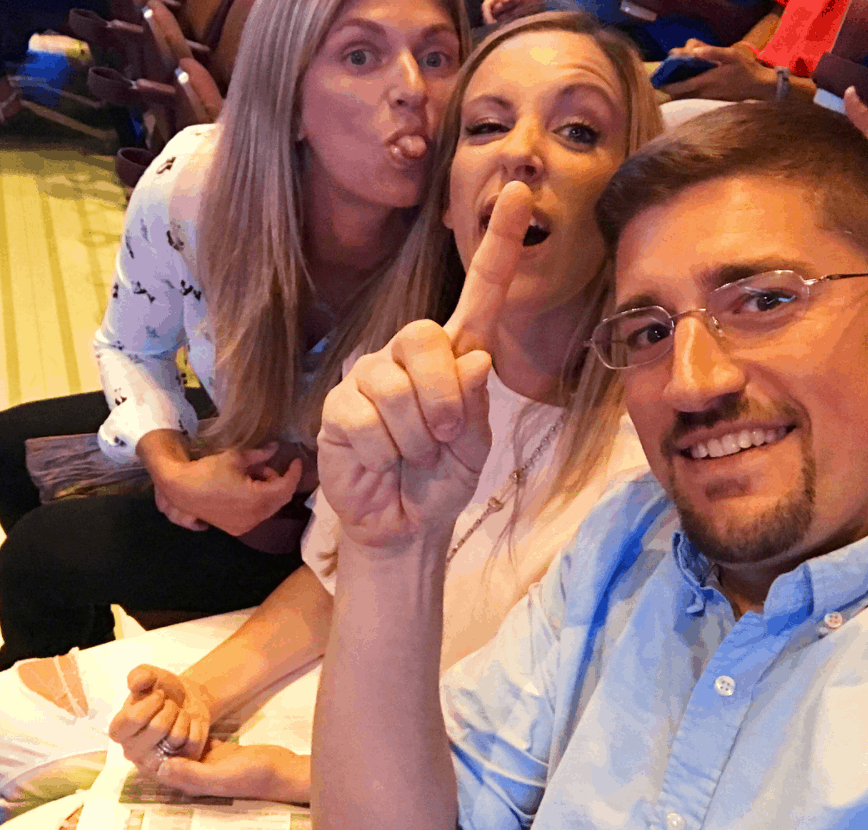 We Saw The Sebastian Maniscalco Comedy Show And It Was Hilarious

The Sebastian Maniscalco show took place at Mohegan Sun. In case you are wondering- I lost $200 on roulette. Let’s just get that right out of the way. Whatever. Price of admission. Bill didn’t gamble – so in a way, we won. Right? Can I look at it that way? I’m going to anyway. 🙂 My cousins planned this trip about 6 months ago, so we were all very excited when this weekend finally arrived. We grabbed a bunch of rooms and made a few reservations and had a million laughs. Together and thanks to Sebastian Maniscalco. He is the MAN. 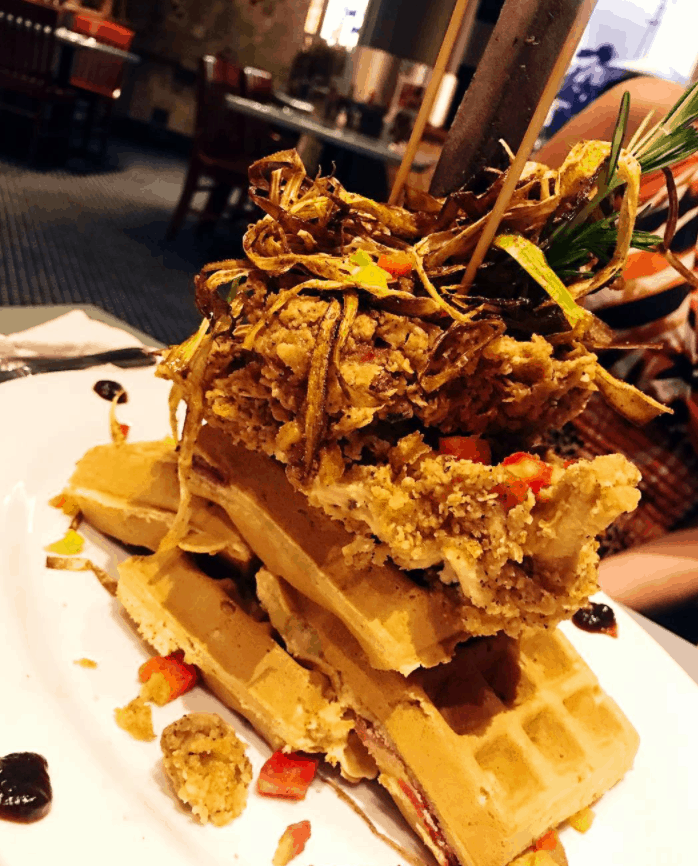 When we first got to Mohegan Sun, we found a restaurant called Hash House and I ordered Chicken and Waffles with my cousin. We split it and I still FEEL FULL OMG. Look at that!!!!! But it was worth every calorie. One of the best fatty things I have ever eaten. Yum and YUM. 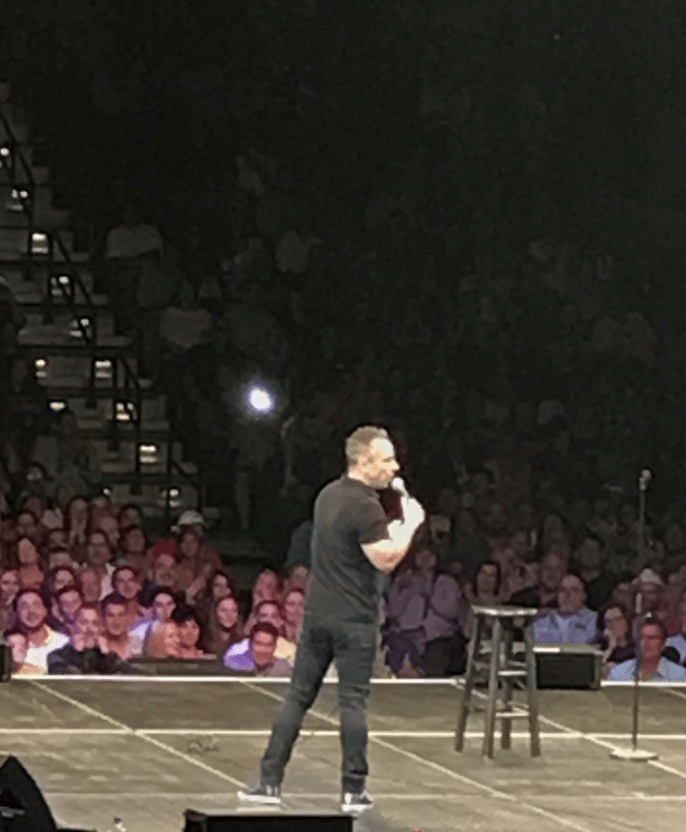 Then it was off to see Sebastian Maniscalco. You weren’t allowed to take any video, but I still snuck in a photo. That dude was incredibly … accurate. I don’t know how else to say it. He does this whole skit about pumping gas and I was like, “this is funny, but it’s all truth. So, I don’t know why I’m laughing. I LIVE THIS.”

We all need to laugh and laugh at ourselves more.

One of my cousins is a big house renovator. HUGE. He did this whole skit about how awkward it is to be around guys like him because you have to pretend you are really into the details. My entire row was IN TEARS. In fact, the reference that Sebastian Maniscalco made was about building a deck. My cousin Damian JUST BUILT A DECK AND WE ALL JUST DID “THE WALK”. Do you understand?! We were on the floor. 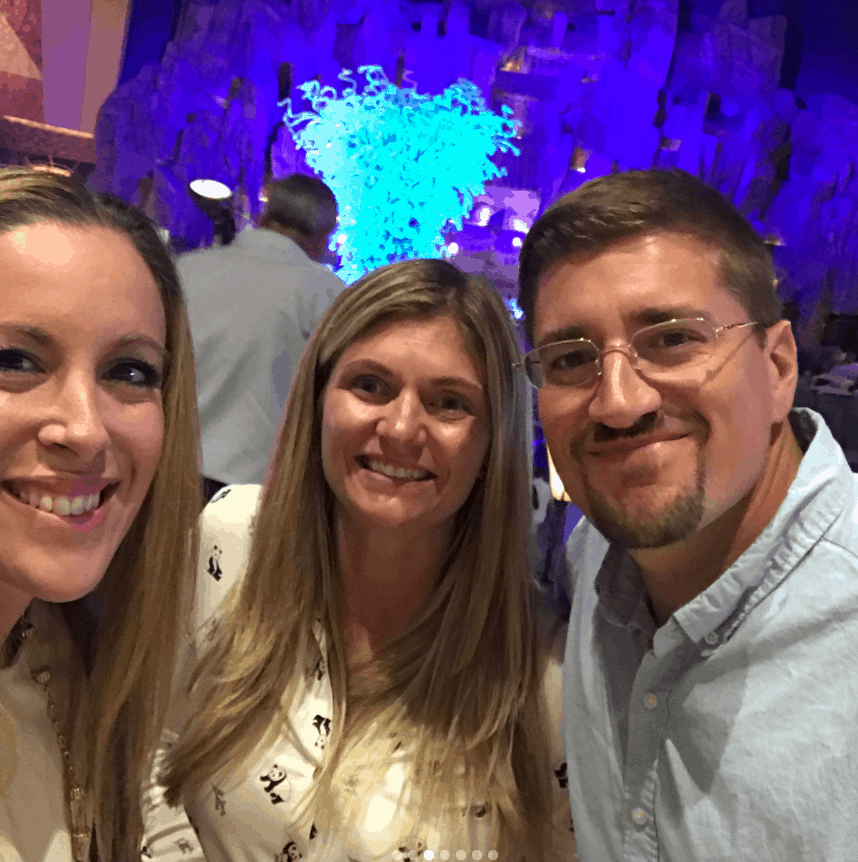 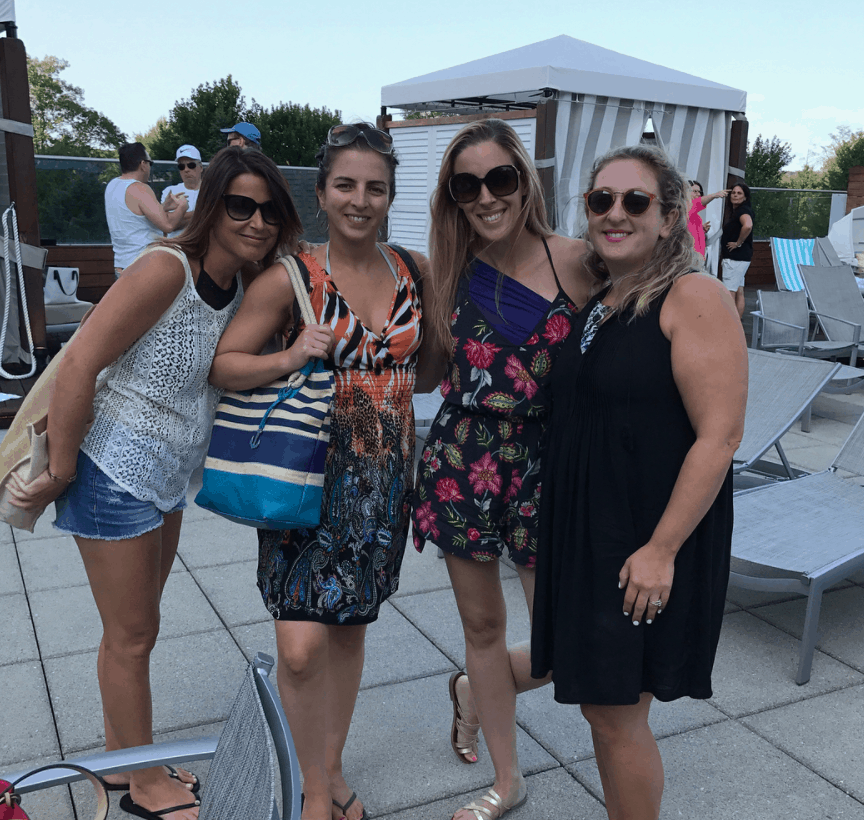 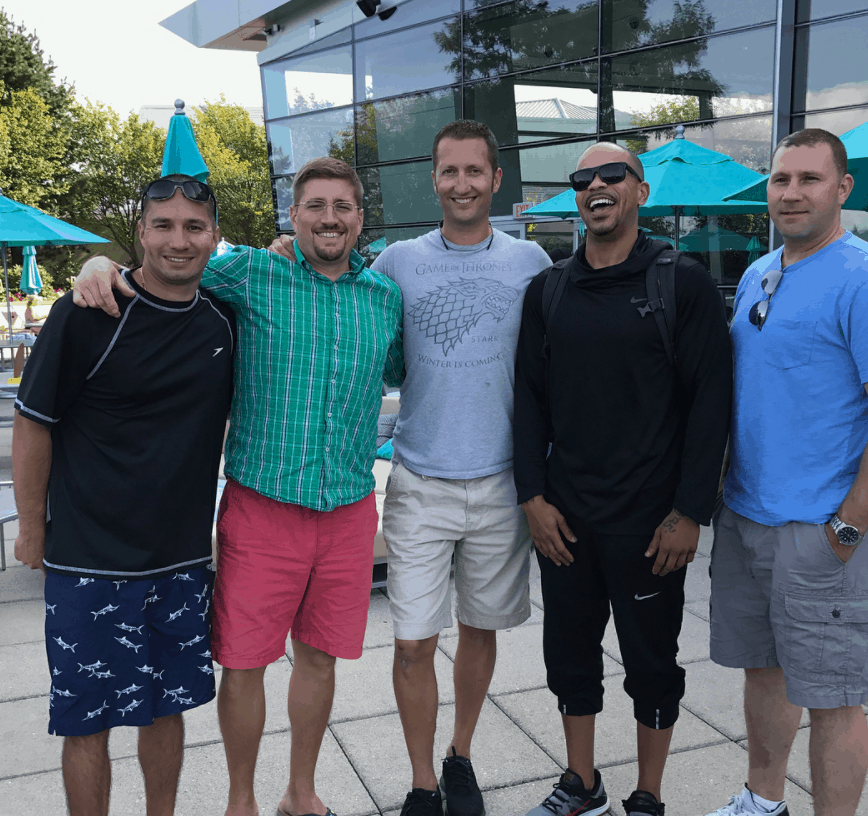 It was such an incredible weekend. We are still texting one another jokes from the trip and we absolutely bonded over the experience. Get some comedy back in your life. It’s the medicine you’ve been looking for! And be sure to check out Sebastian Maniscalco online!