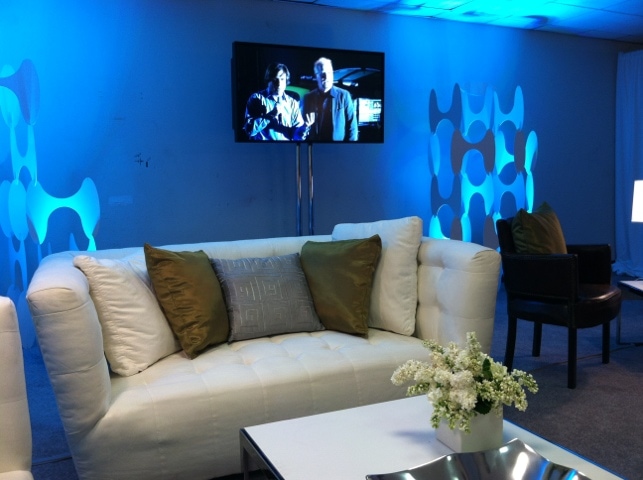 I don’t know how my scheduling got so screwed up, but I was backstage at the Digitas NewFront for HOURS. I was due on stage to be part of the “hardcore gamer” panel around 4PM and arrived somewhere around 9AM. Oh my WORD.

But besides all of that – it was a great event. I can’t wait to find some time to actually watch the archives because the panelists were HEAVY HITTERS.  Check out the release below for more information on who was involved. 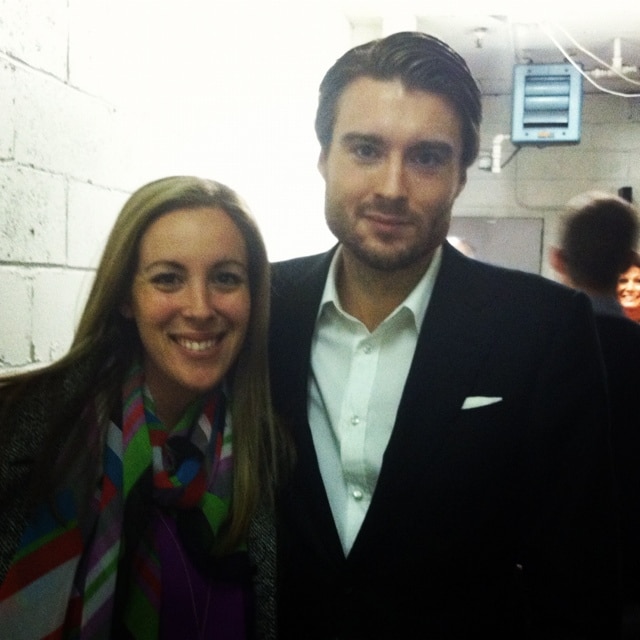 One of the highlights of my day was getting to chat with Pete Cashmore – founder of Mashable. If you are an entrepreneur and / or a blogger, you will appreciate this photo. He – just like most bloggers I know (including myself) – founded and ran his site all on his own for YEARS. Put in the blood, sweat and tears and now employs a staff of over 70 tech savvy individuals. Mashable is one of the most popular social media / tech / business websites online today and it all started with a single post. 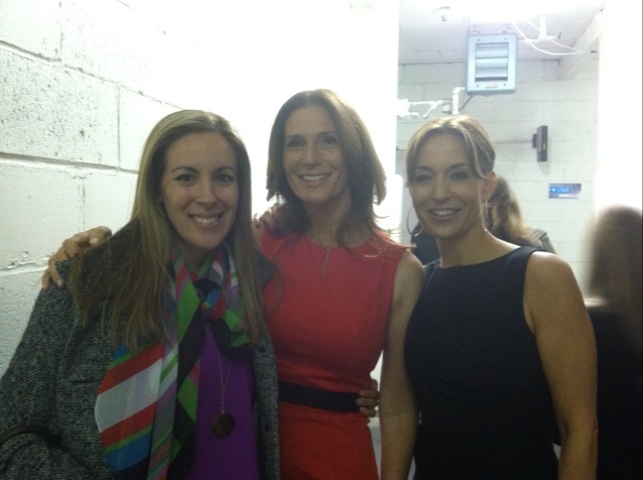 I also had a chance to meet Jen and Barb – the hosts for the “hardcore gamer” segment. They interviewed me and Pete about how moms are increasingly becoming social gamers and why marketers should start to pay attention to us. If you are my Facebook friend – you know that I am an addict (and I apologize for all those updates). LOL!

Lots of celebrities were in the green room but I wasn’t going to be that person that snapped secret shots of them. Everyone from Kristin Chenoweth to Rashida Jones spent time back stage with the rest of the panelists. Andy Cohen from Bravo was also there and I kept teasing Audrey that I was sitting by him. She flipping ADORES him as she is a reality show junkie. LOL

Here is the press release should you want to hear more about the Digitas NewFront:

Brand content’s biggest event of the year returned today: the Digitas NewFront. Now in its fifth year, the Digitas NewFront brought together brands, marketers, distributors, and talent to harness new digital content and media opportunities. And this year, it was one of the anchor events of the Digital Content NewFronts, a two-week collaboration first with AOL, Google/YouTube, Hulu, Microsoft Advertising, and Yahoo!.

With over 500 of Digitas’ clients and partners in attendance, today’s event premiered new digital content, discussed hot button issues, and set the stage for the future of online video in 2012. The program, “Big Content: From Video Bloggers to Blockbusters” showcased how longer-form digital content has continued to make inroads into prime time viewing; how distribution models have morphed with the arrival of mobile, tablet and social interactions; and, how content is driving business results.

Stars of the Social Screens

Piers Morgan of CNN and stars of both the digital and silver screens explored the role of authenticity as the key to success in the “new artform” that is digital content. Michelle Phan explained her ascent—how she became the most subscribed YouTube personality of all time, amassing over 119 million views and counting. Felicia Day explained her personal, authentic relationship with her fans. “I know my audience, and my fans know me. They know when it’s the real me coming through.” And Emmy and Tony Award-winning Actress, Kristin Chenoweth, emphasized the importance of being in tune with consumers and fans. If you’re not in touch and aren’t delivering what they want, they’ll tune out or just make content themselves.

Mashable’s Executive Editor Adam Ostrow and CMOs from some of the biggest consumer brands in the world surfaced unique perspectives on the role of social and content in their organizations: Christa Carone (CMO of Xerox), Michael Lazerow (CEO and Co-Founder of Buddy Media), and Diego Scotti (CMO of J.Crew). The panel explored how cultural and operational evolution is a key priority to keep pace with the rapidly evolving digital landscape, as well as the importance of high-quality content.

Joining Your Audience: 12 Minutes with Jonah Peretti and Ron Faris

Buzzfeed founder Jonah Peretti and Virgin Mobile Head of Brand Marketing Ron Faris offered fresh perspectives on the combination of paid, earned, and owned media. Faris emphasized the need for brands to have content at the ready to enter into the conversation and get consumers spreading the word for valuable, earned impressions. Peretti built on this and ventured to demystify what “viral” really means. His advice? Diversify your content.

IFC’s Evan Shapiro moderated a panel with Digitas’ fellow founding partners – the biggest players in content distribution and creation – on the future of online video: Andy Forssell (Hulu), Jamie Byrne (Google/YouTube), Rob Bennett (MSN), Erin McPherson (Yahoo), Janet Balis (AOL) and John McCarus (Digitas). Business models continue to evolve, but for now we know that when we connect the right content with the right viewers, by whichever means, everyone wins.

Rashida Jones had never tweeted. Ever. Bravo Host Andy Cohen and founder of Mashable, Pete Cashmore and West Coast Editor of Vanity Fair Krista Smith teamed up to explore the implications of a life on Twitter. Would Rashida join in? Cohen, Cashmore and Smith, all active on Twitter, host a balanced discussion on the pros and cons of a life on Twitter, leading to the moment of truth: by the end of the session, @iamRashidaJones had sent her first tweet ever and had amassed over 2,200 followers.

The biggest growth in gaming today has come from mom games. Instead of board games in the family room, speakers such asJennifer Pate and Barbara Machen (Jen and Barb: Mom Life) and Vera Sweeney gather around their iPads with their kids. Mashable’s Pete Cashmore explained that the growth of social gaming isn’t just important to social, it’s the future of how people will connect with one another.

Nice and I absolutely LOVE your scarf!!