Smashburger In New Hyde Park, NY, A Great Burger And A Great Experience 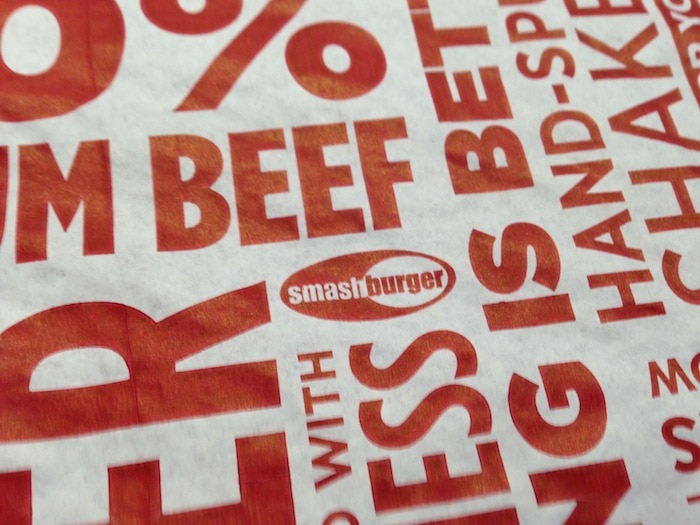 Smashburger is America’s fastest growing, fast casual “better burger” restaurant with more than 220 corporate and franchise restaurants operating in 29 states and in four international countries. You know the new niche…relatively fast food, but not “fast food” but rather “real food” served faster, in a setting that befits a true, sit down dining experience. Smashburger seems to have this formula down pat. I was lucky enough to attend the pre-opening awesomeness of one of it’s latest locations on Long Island, in New Hyde Park.  The place looked great and the staff was super helpful and very friendly. The company began in 2007 with the vision of Rick Schaden and funding by Consumer Capital Partners—the private equity firm that he and his father Richard own. I was very impressed.

By offering fresh, premium “smashed to order” burgers, chicken sandwiches, salads, signature side items and hand-spun Häagen-Dazs shakes, Smashburger has modernized the way people think about burgers. On top of the great, high quality and very flavorful food, the design of the Long Island locations are very cool. Very modern, industrial chic…but not too chic, if you get what I mean. It’s still very comfortable, but you feel like you are in a great place, a true restaurant, not a fast food joint. And that’s the point…it’s NOT fast food. The place is also known for localizing its menu in every market with regionally inspired burgers (the New Yorker was awesome), side items (hello fried pickles) and local craft beers (coming soon to the LI location). It was a wonderful meal that I came away very impressed with the concept and the franchise owner. I also came away with an extra 5 pounds because I was hitting the fried pickles, fries, burgers, chicken sandwiches, and milk shakes HARD. I couldn’t even choke down dinner.

Take a look at the place. Very cool vibe. You do not feel like you are in a tried burger joint. I love the open kitchen by the way…there’s nothing to hide! 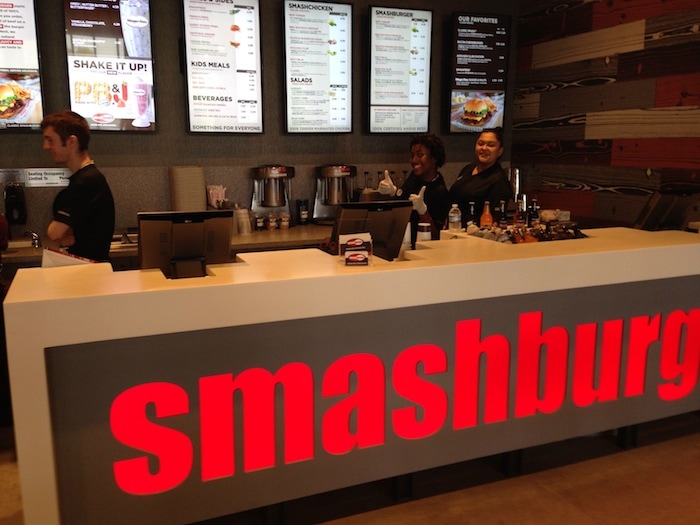 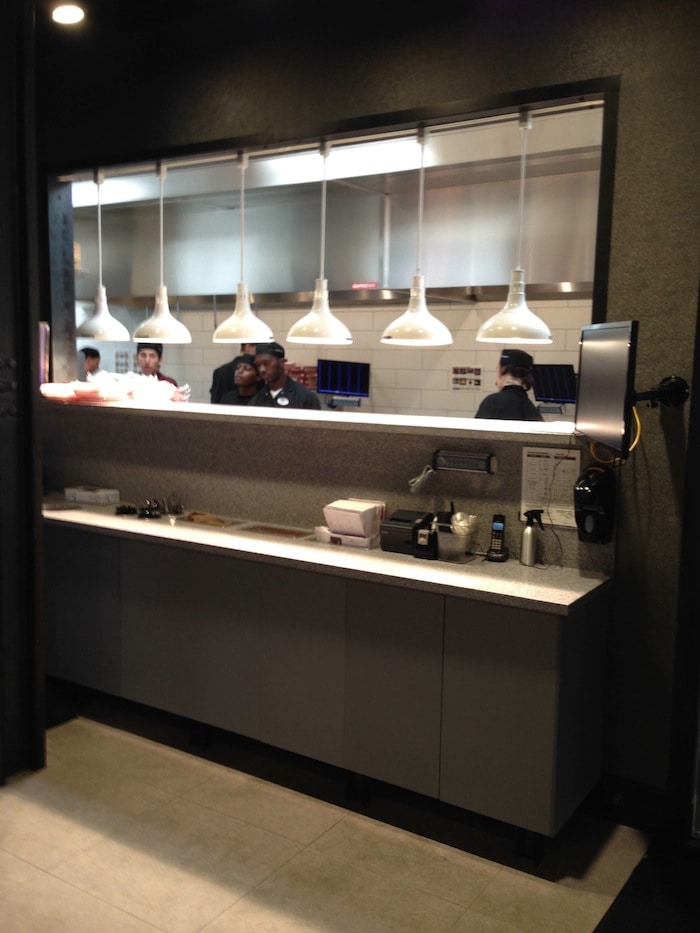 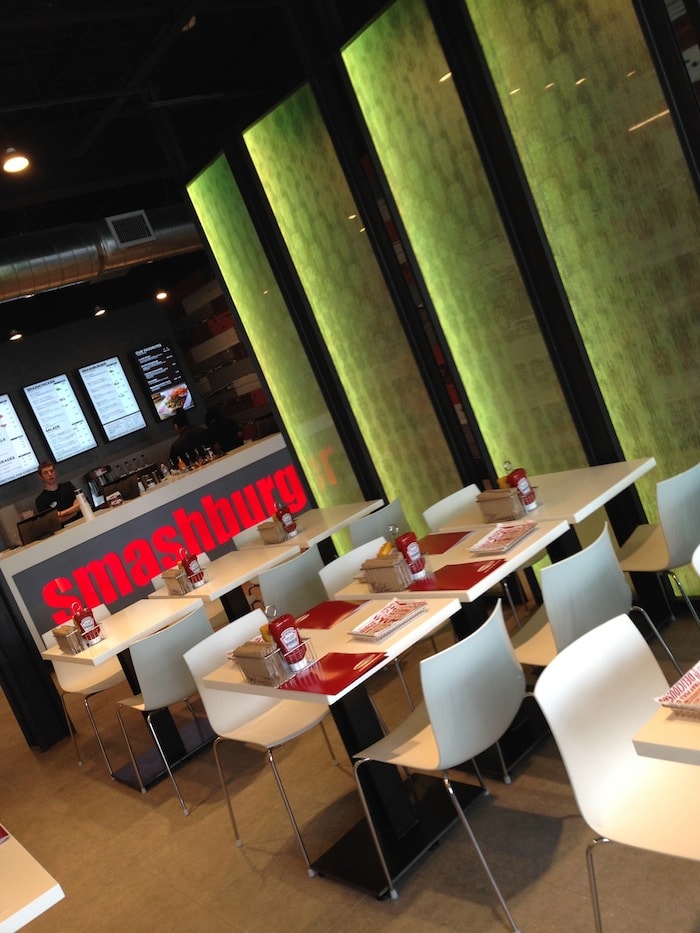 First, we sampled the awesome side dishes including their thin-cut seasoned fries, veggies, fried pickles, and onion rings. One dish was better than the next, but the pickles were my fav…and didn’t last very long. 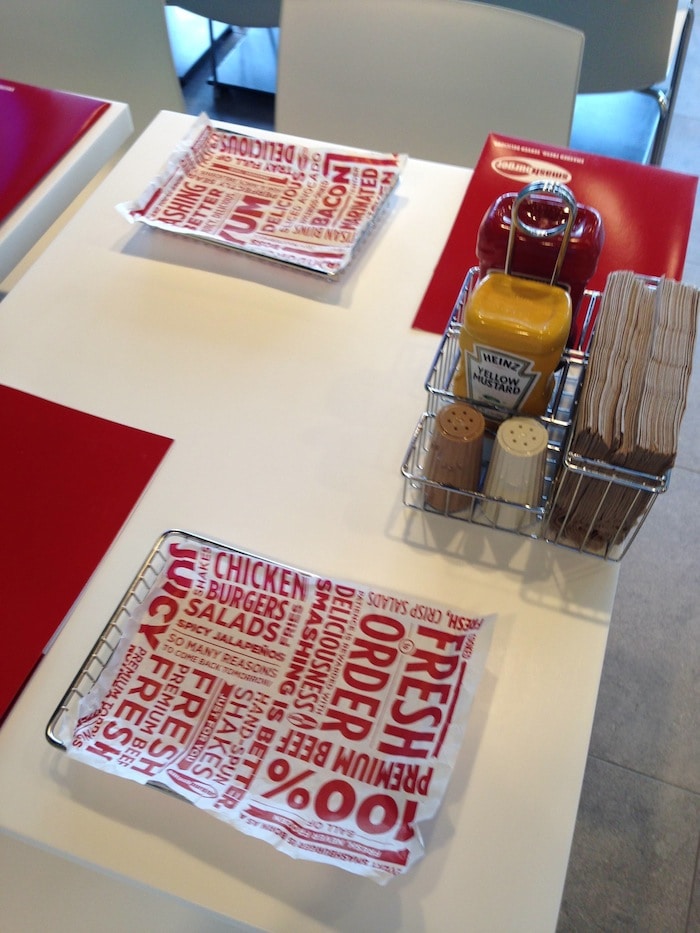 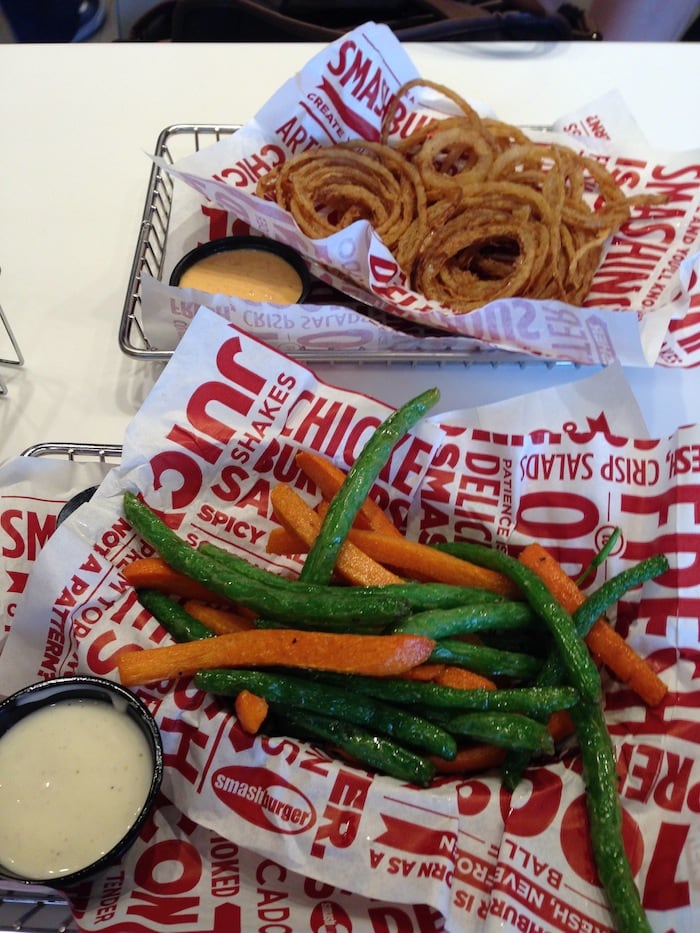 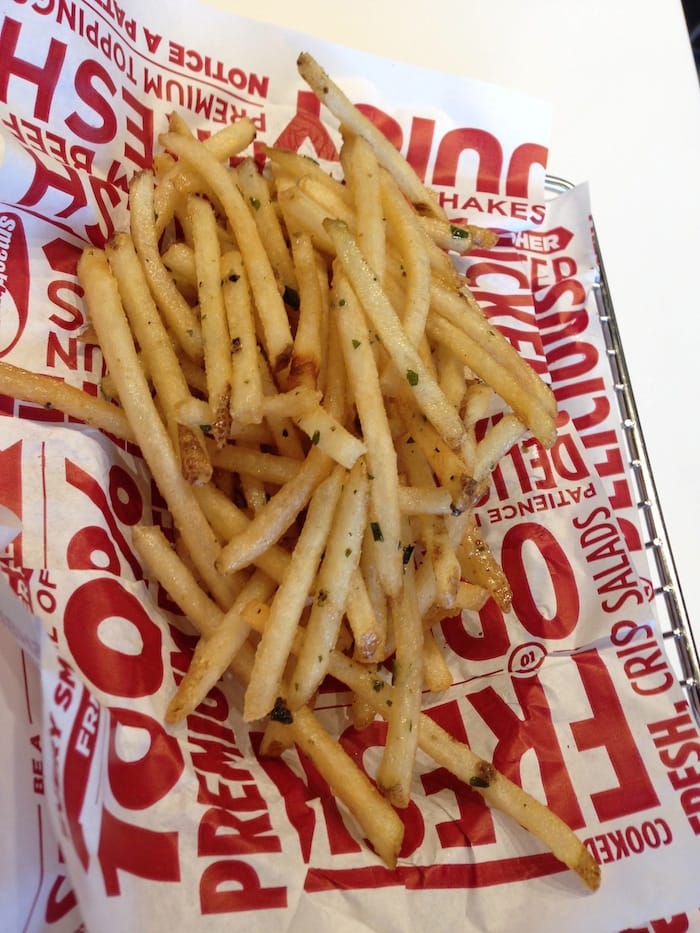 Then we moved on to the meaty part (sorry) of the event. Yes, we did have a number of awesome burgers including The Classic Smash, BBQ Bacon & Cheeseburger, Truffle Mushroom Burger (THE BEST), and the New Yorker (Regional Burger)…we also had some pretty fine Classic Chicken and Avocado Club sandwiches as well as a Spicy Veggie Black Bean sandwich. They also offer great salads to round out the versatile, ready to please most menu. Here are some shots of the awesomeness. 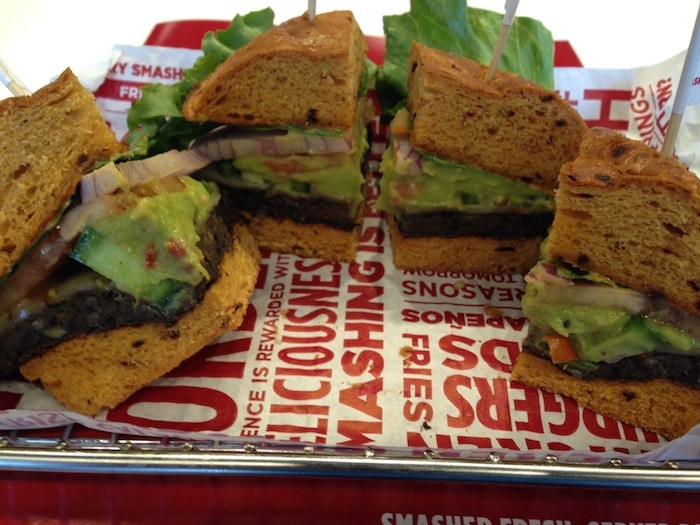 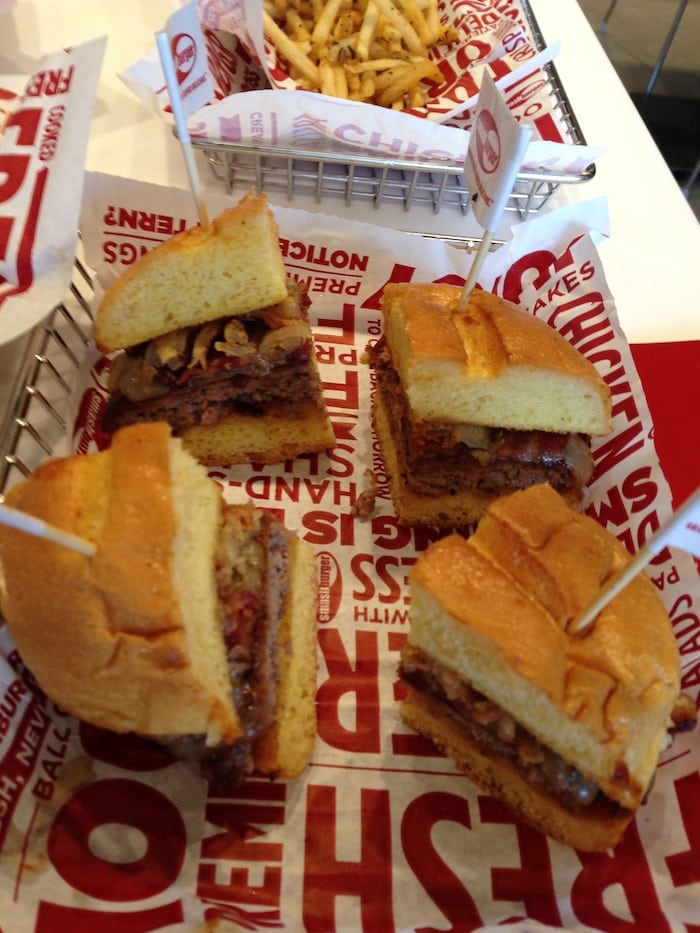 Let’s not forget…dessert, the most important part of the meal. Smashburger does not cheap out on this either. High quality as with all else, we’re talking Haagen Dazs milkshakes here people. I mean, the best ice cream around, of course. Look at these Cookies and Cream beauties. 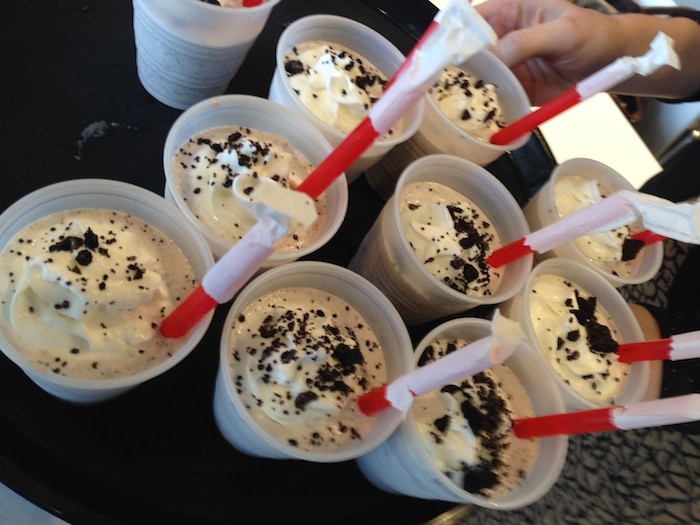 They even let us take a peak “behind the curtain” though it’s in plain site at Smashburger…check out the meatball smash technique used to sear in all the juices while seeming to allow it to cook a bit faster…6 min timed to the second.  You can see the beauty of the burger. 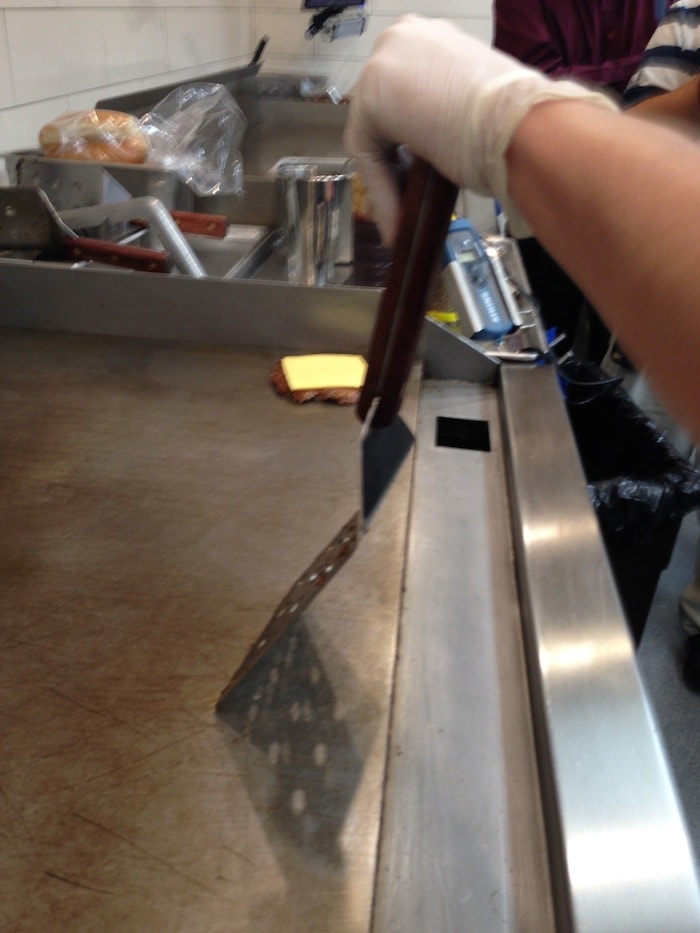 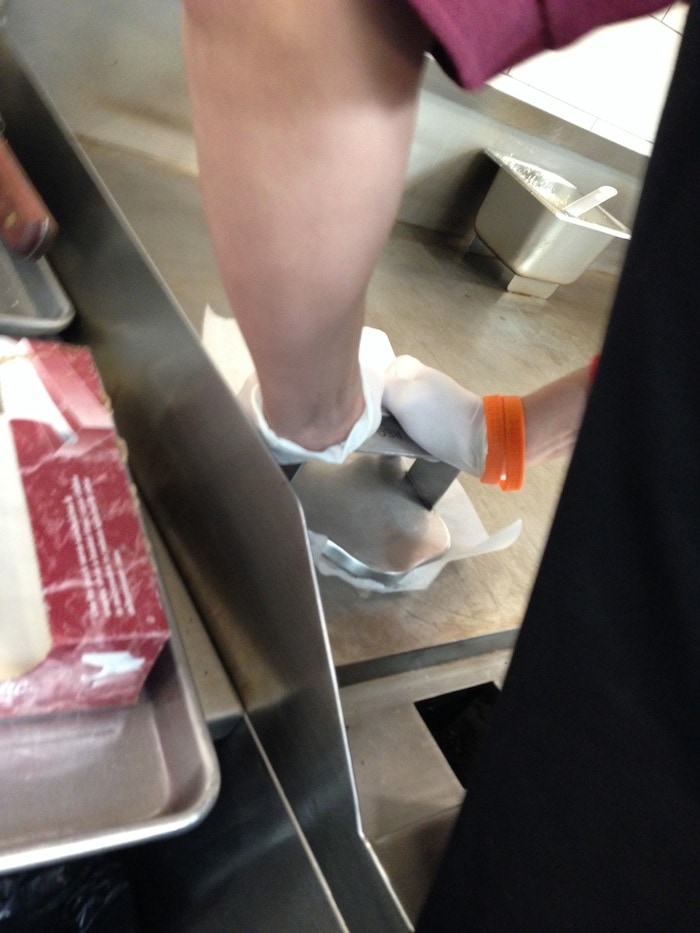 It’s well worth a try if there is one near you or you come across a location on your travels. High quality food in a great atmosphere at very reasonable prices. I like this trend, folks, I like it a lot.

UPDATE: First person to email me at [email protected] will receive a family four-pack of Smashbucks which basically entitles the winner to four free entrees. (a $20 value, but this does not include a beverage or side). Not bad…