My Video Present For Bill: Christmas In The Digital Age 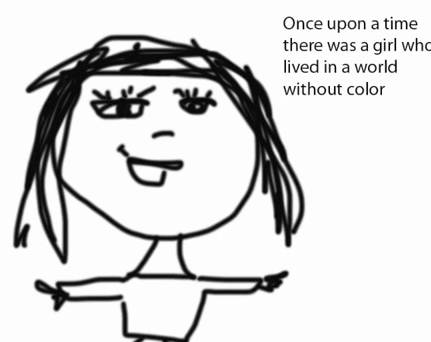 You have to forgive my drawing abilities – or lack thereof. Fair warning…

Many, many moons ago I used to write poetry. When I was in high school my friends would come up to me and give me a rundown of their problems and then I would write them a poem while in class to sum it all up. I was like a drug dealer – meeting in bathrooms and shady corners. The trade offs were hilarious thinking back now.

Then when I went to college I began to perform in ‘Poetry Slams’. I would go on stage and say my poem in front of a large auditorium of poets and fans. I also used to have my work published in the Albany newspaper. I really really enjoyed writing.

Then I met Bill and I couldn’t write anymore. It’s not because he did something to stop me, it’s because I had nothing to be sad about. My poetry used to really revolve around hurt and I think so many people responded to it because they’ve felt the same way in their lifetime.

Bill made me happy and just like that I was at a loss for words. I wrote him one poem two months into our relationship telling him all of that and that ended a VERY BIG PART OF MY LIFE. Writing was my life. Poetry was my release. I was sad for a while because I had to let it all go, but it was obviously worth the trade.

Then last night Natalie was drawing her Christmas cards for school and she took a black marker and began to create this little picture. She closed up the card and I asked her about the lack of color. She said this card didn’t need any.

Then I thought of the first sentence on the video.

It’s been 12 years since my last poem and while this is a more updated version of what I’m used to – it’s still very raw and filled with emotion. I’m sharing it with you because that’s what I do – I share my life (even though this time I’m a bit scared about doing it!!) 🙂

I gave him the video last night because I couldn’t wait for Christmas. He said it was the best present he ever received and I cried. I cried because I meant every single word.