My Favorite Part Of #D23Expo: The Live Action Panel

Ok guys! This was the best part of the trip for me because I am a LIVE ACTION kinda girl. I’m not even going to give you a starter paragraph. We are going right into this – what movies are coming out over the next few years? Marvel / Disney / Star Wars? Let’s roll. AHHHHHHHH

Oh and there will be a lot of caps in this post – so fair warning, right???? 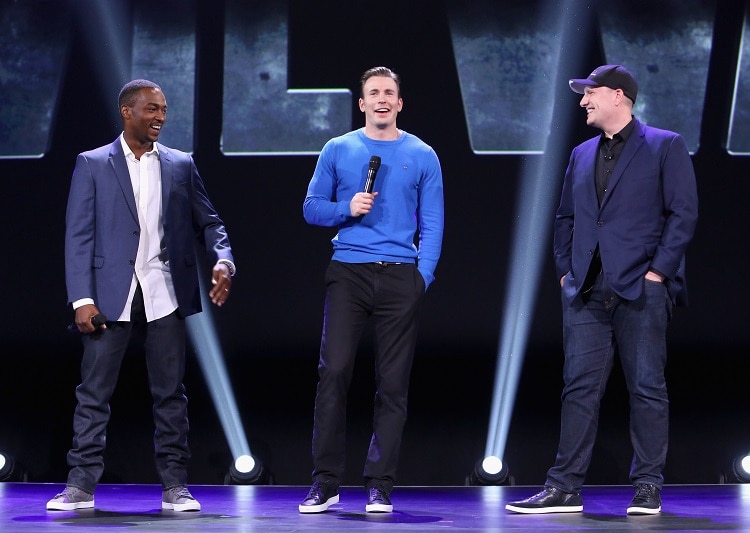 Marvel’s “Captain America: Civil War”:  First of all, there’s an “Easter egg” for fans to find — there’s a D23 in the film but I was actually confused by the clip because I didn’t know if they just made it show up in the clip that was showing at D23 or if it was going to be in the actual movie. SOOOOO, I don’t want to make an OFFICIAL announcement about it yet – let me do a little research on it. How about this – there MIGHT be a D23 in the movie. How is that??

Marvel’s “Captain America: Civil War” picks up where “Avengers: Age of Ultron” left off, as Steve Rogers leads the new team of Avengers in their continued efforts to safeguard humanity.

Everyone is going to be in this movie. Ready for the line up? Chris Evans, Robert Downey Jr., Scarlett Johansson, Sebastian Stan, Anthony Mackie, Emily VanCamp, Don Cheadle, Jeremy Renner, Chadwick Boseman, Paul Bettany, Elizabeth Olsen, Paul Rudd, Frank Grillo, Tom Holland, with William Hurt and Daniel Brühl.  And me! Maybe I will get into this movie. Who knows?!

Disney’s The Finest Hours:  I really want this movie to do well because it’s based on a true story and it’s about courage and honor and bravery and PLEASE GO SEE IT!!!!!! The most daring rescue mission in the history of the Coast Guard! Chris Pine, who plays Bernie Webber, the captain of the rescue boat, will storm into U.S. theaters on January 29, 2016. 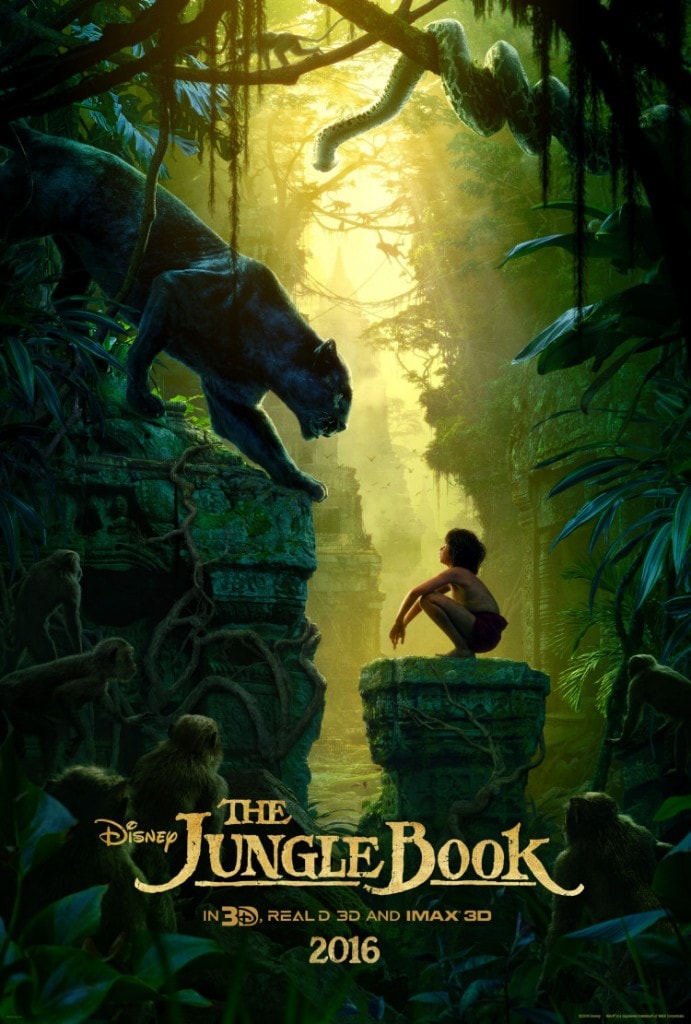 Disney’s The Jungle Book: PS I got this poster – how cool is that?! It was so cute because Neel Sethi – the newcomer from the film – hit the stage and everyone was just so HAPPY FOR HIM. I mean, if you are around my age (and I’m not going to tell you again how old I am) you will want to see this movie. Even if you aren’t my age, you will want to see this movie because the graphics are insane, the storyline is insane and I cried like 6 times watching the preview clips. I mean – bawling already. How is that possible?!

Actually – I cried 47 times already and these movies aren’t even all made yet?! HA! Sir Ben Kingsley hit the stage too and he was fantastic and he made me cry too if you are keeping track. Anyway – why am I saying all of this. It’s a MUST SEE. Just write it down.

Based on Rudyard Kipling’s timeless stories and inspired by Disney’s 1967 animated classic, the film features state-of the-art technology that immerses audiences in the lush world like never before. “The Jungle Book” also features the voices of Bill Murray, Idris Elba, Scarlett Johansson, Giancarlo Esposito and Christopher Walken. Jon Favreau and Brigham Taylor produce and the screenplay is by Justin Marks. “The Jungle Book” hits theaters in stunning 3D and IMAX 3D on April 15, 2016. 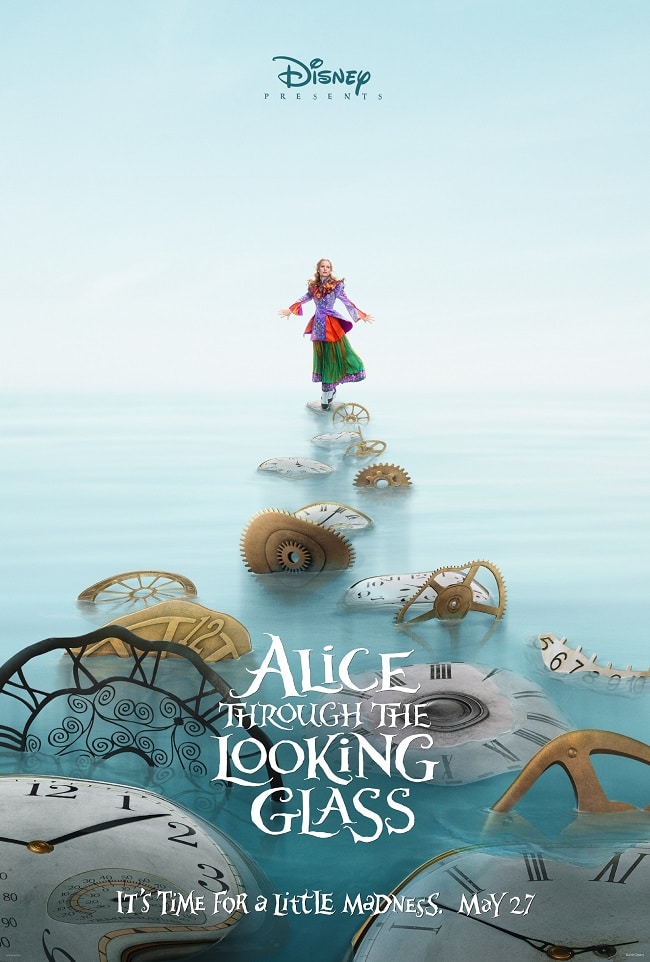 Disney’s Alice Through The Looking Glass: The answer is yes. Again.  Mia Wasikowska hits the big screen again and this movie looks great! Disney tookLewis Carroll’s classic to another NOTCH. You want to get taken for a loop and on a magic ride? Go see this movie. And I have three words to say – Sacha Baron Cohen!! The actor plays Time himself!! He brings a whole new twist to the story. I cannot wait to see Johnny Depp and Sacha Baron Cohen together with Anne Hathaway and Helena Bonham Carter!! WHAT?! 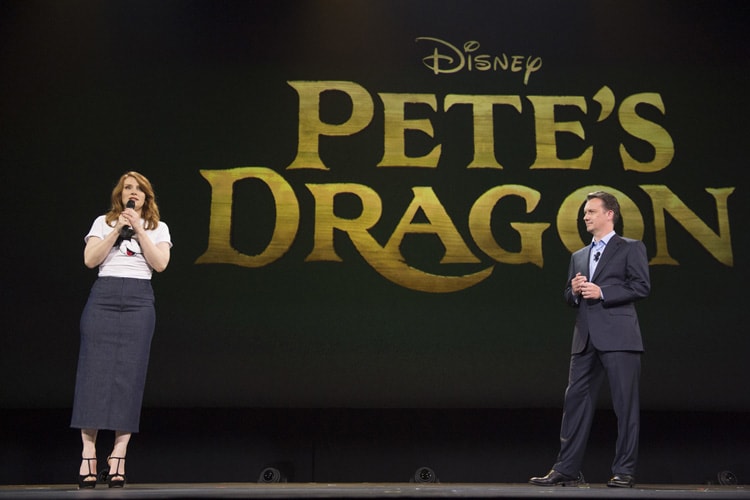 Disney’s Pete’s Dragon: I think I’m too young to have the connection that the rest of the group had with this movie. I’m not sure I even remember it? I think I remember a song? I don’t know?! But everyone was excited about this film and after seeing the trailer I WAS EXCITED ABOUT THE NEW VERSION. I can’t wait to see Bryce Dallas Howard take on this heartwarming adventure! An orphaned boy named Pete and his best friend Elliott, who just so happens to be a dragon, “Pete’s Dragon” take on the world. 🙂 Eager and ready!! 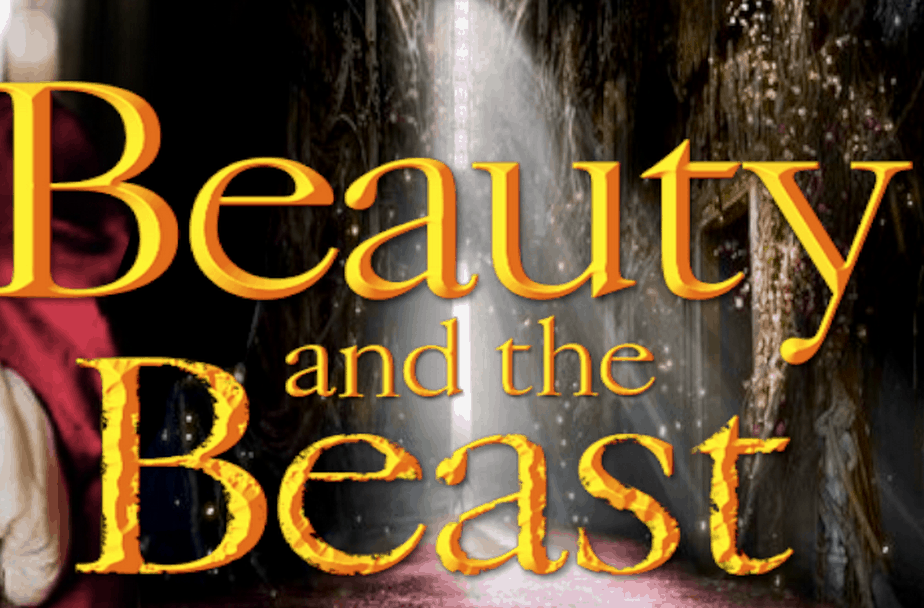 Disney’s “Beauty and the Beast”: I have no image to share on this one. Emma Watson is Belle and that’s all you need to know!  The live-action musical, a retelling of the studio’s animated classic, stars Watson,  Dan Stevens, Evans, Gad, Kevin Kline, Ewan McGregor, Stanley Tucci, Emma Thompson, Ian McKellen, Gugu Mbatha-Raw, Audra McDonald and newcomer Nathan Mack. They are currently filming in Europe and every girl in the Universe is going to watch it! “Beauty and the Beast” will be released in U.S. theaters onMarch 17, 2017. 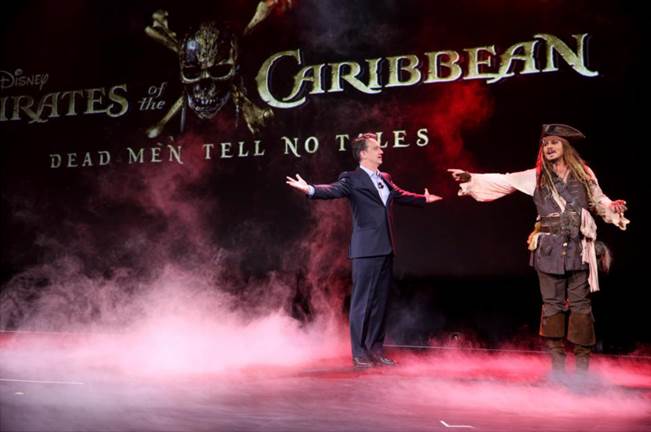 Look who showed up on stage as Captain Jack Sparrow!!  Johnny Depp!!! He was in full character and did not break for one moment — Excited to announce “Pirates of the Caribbean: Dead Men Tell No Tales.”

The film is directed by Espen Sandberg & Joachim Rønning and stars Johnny Depp, Javier Bardem, Brenton Thwaites, Kevin R. McNally, Kaya Scodelario, Golshifteh Farahani, Stephen Graham, David Wenham and Geoffrey Rush. My kids are so beyond thrilled about this movie. What an adventure. Always an adventure!! 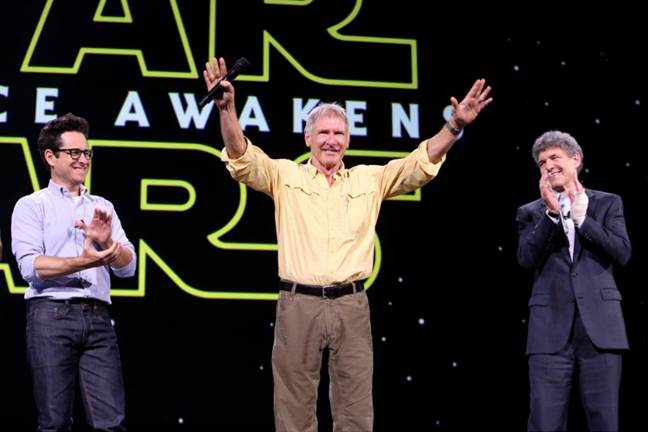 *Disney invited me to attend D23 Expo. All opinions are my own. 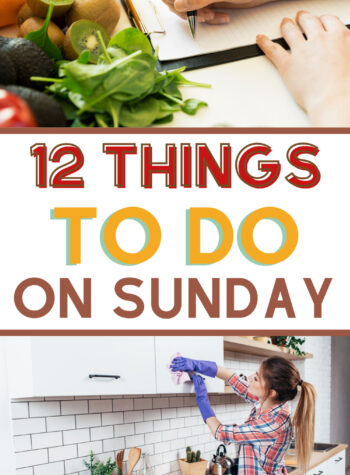