LATB Checks Out An Advance Screening Of Marvel’s The Avengers 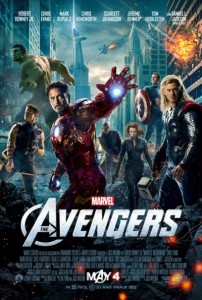 Let me start by saying, I’m not a big fan of superhero movies. My boyfriend had to drag me to see Thor and Captain America (the latter, as it turned out, wasn’t so bad by my summation). As far as comic books are concerned, the only one I’ve ever read and loved was Archie Comics (Betty Cooper fans unite!). So when I was invited to attend an advance screening of Marvel’s The Avengers, my first thought was, “My nerd friends are going to be so jealous!!” followed by, “Wait- am I the right person to be reviewing this?” So I gave it some thought, and figured that I probably couldn’t write coverage about The Avengers the same way the guy who religiously attends Comic Con can. Although what I can do is give you the best impression of what someone like me, and probably someone like you, will make of it. So I RSVP’ed. Let’s call this “A Dummy’s Impression of The Avengers”!

The Avenger’s is the big kahuna of comic book movies, uniting blockbusters like Iron Man, Thor, The Hulk, and Captain America. Robert Downey Jr. was likable as his regular wise-cracking genius/playboy/billionaire, stealing the show as the most entertaining character (and lending a little of his Gwyneth Paltrow association). Stepping in Ed Norton’s place as The Hulk, was the ever handsome Mark Ruffalo, whose blue serenity counter-balanced the rage-filled Hulk. The vulnerability that Ruffalo brought to this Jekyll & Hyde situation was undoubtedly phenomenal. He is frequently posed with the question of how he stays so calm (as the other characters await an eruption), in which his response is among the best quotes of the film: “The secret is, I am always angry” (boom! Burst in- The Hulk!). Although I loved Captain America as its own movie, it was clear that this was a sideline character meant to bulk up the super team, and was in my opinion, not utilized for anything really special in The Avengers. As for Thor, don’t tell my boyfriend, but I could stare at Chris Hemsworth All. Day. Long. An interesting surprise was the appearance of Cobie Smulders, although I found myself distracted by how extra Canadian sounding she was in the film- Barney Stinson would have had a field day on “How I Met Your Mother”. Other notable appearances were made by Scarlett Johansson as the Black Widow, Jeremy Renner, and Samuel L. Jackson.

Bottom Line: if you’re anything like me, and not really into super hero movies, you’ll still enjoy this one. It’s action-packed, has comical moments, and is overall a tremendously entertaining experience. If you have to go with your child, friend, or partner, you won’t be bored- not even close- you might just even really enjoy it.

Marvel’s The Avengers hits theaters everywhere on Friday, May 4th. Will you go see it?