Interview With The Cast Of Mr. Peabody & Sherman Plus Ariel Winters Pics

During my press trip to DreamWorks in Los Angeles, I had an amazing time at the Mr. Peabody & Sherman event and even scored some amazing Ariel Winters pics! Not only did I have the chance to screen the film that hits theaters this Friday, March 7th, but I also got a behind-the-scenes tour and tutorial of what went into the creation of this awesome new animated flick! (In case you missed it, you can check out more about my experience at the studios here!) At the end of the day, I was lucky enough to take part in a Q&A session with some of the cast – including Miss Ariel Winters –  and producers of Mr. Peabody & Sherman. What a treat! 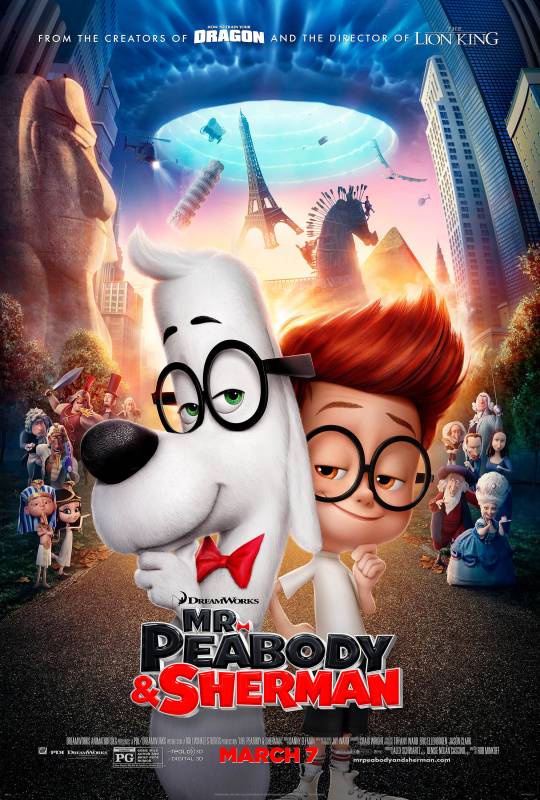 Interview With The Cast Of Mr. Peabody & Sherman Plus Ariel Winters Pics 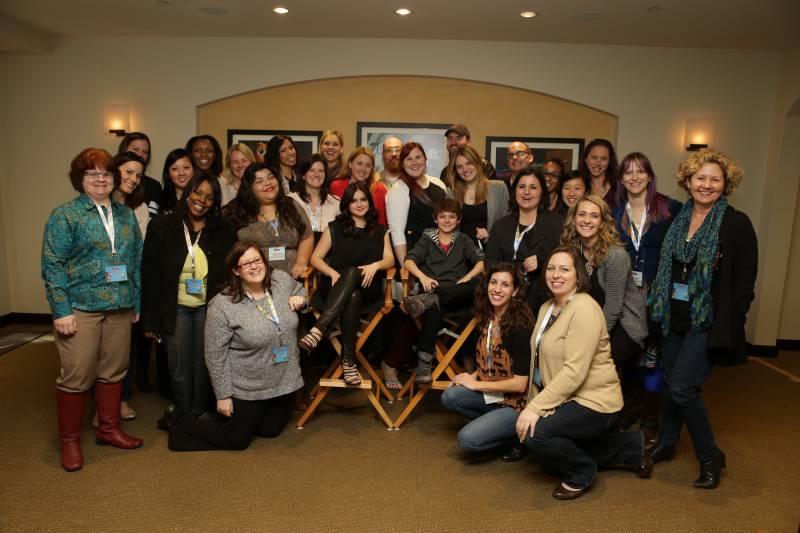 The cast of voices in Mr. Peabody & Sherman are quite extensive, including Ty Burrell (of Modern Family), Ariel Winter (also of Modern Family), Max Charles, Stanley Tucci, Allison Janney, Stephen Colbert, Leslie Mann, and Lake Bell, just to name a few! I had the amazing opportunity to chat with Ariel Winter (the voice of “Penny”) and Max Charles (the voice of “Sherman”), and they were so sweet, funny, and adorable- it was really tough to not try to sneak Max out of the studios in my purse and bring him back to New York. That talented 10-year-old is going to be a heartbreaker someday! As Ariel Winters noted, he is “ridiculously adorable!”

Take a look at some of these cute shots we took from the day. I just love these Ariel Winters pics! 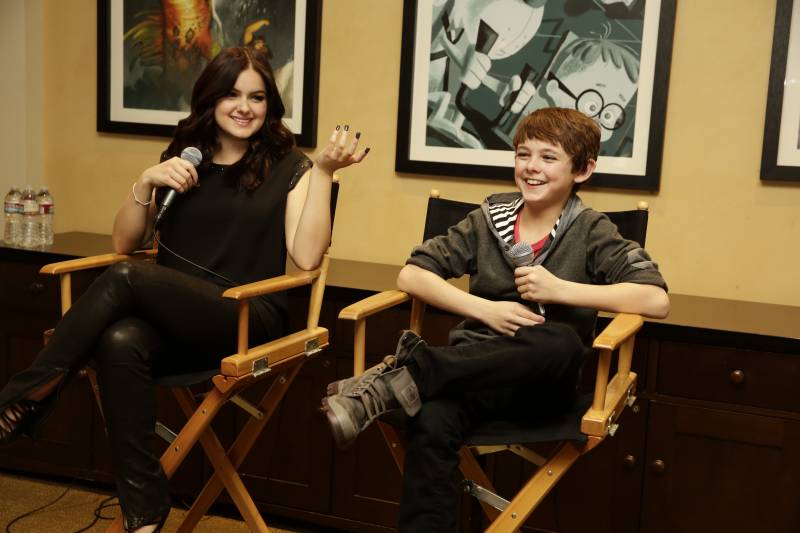 The beautiful and talented Ariel Winter had lots to say and filled us in on everything from the experience of voicing her character “Penny” in Mr. Peabody and Sherman, to advice for kids that wish to follow her path. Max was charming and just your average (super talented) boy. 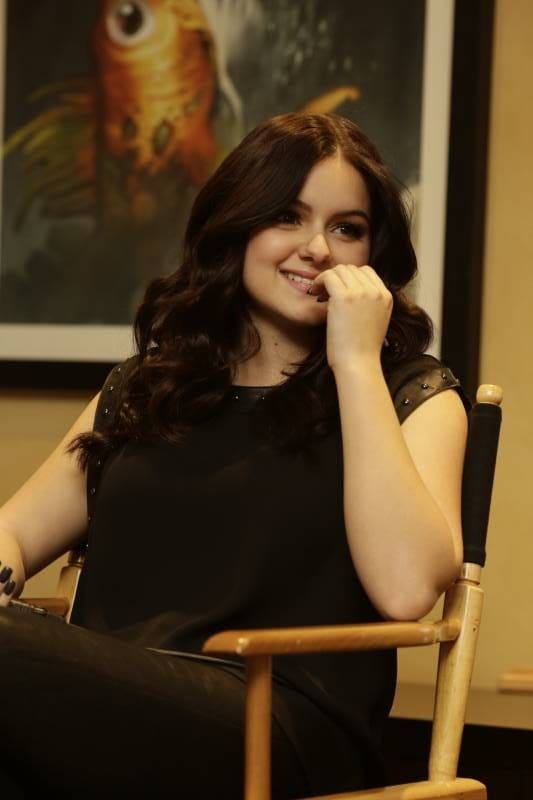 Seriously, this is probably my favorite Ariel Winters pic YET. But let’s get right to the interview –>

“I love the challenge of having to express yourself only through your voice because I’m sure as you can tell, I’m a very expressive person with my face and with my hands.” 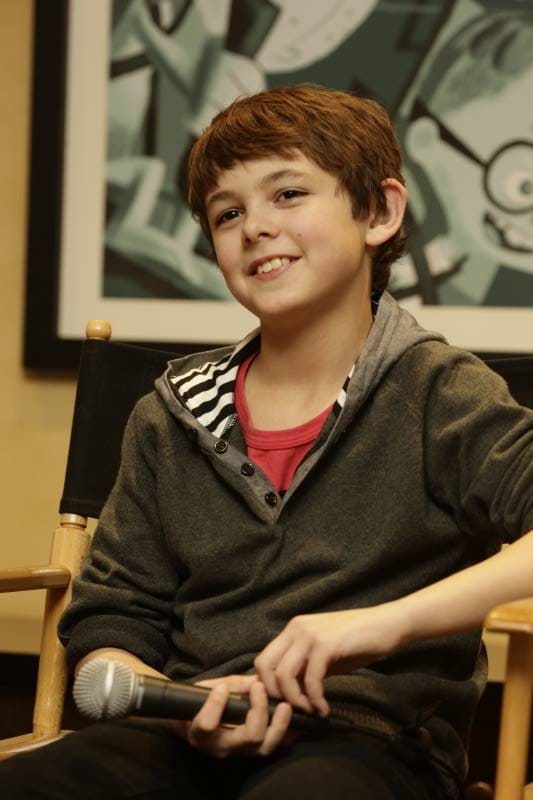 Max on his hobbies and favorite activities… 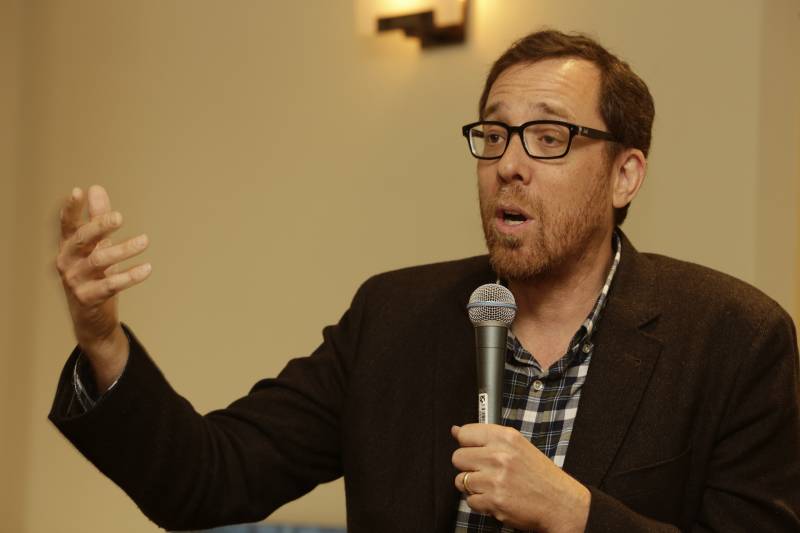 The Director of Mr. Peabody & Sherman, Rob Minkoff, was kind enough to share his masterpiece with us, and accompany us as we got an insider’s look into the making of his passion project that he’s been envisioning for the last decade. Together with his fellow producers at DreamWorks, Tiffany Ward, Alex Schwartz, and Denise Cascino, they joined us for a panel Q&A after sitting together for a light lunch, and I was in awe of their accomplishments, given how much I loved the movie.

“I think the first conversation was about making it as a live action film.  And then it wasn’t very long after that that it started to occur to me that maybe it would be better if it was an animation, that it would make more sense.  And there were a lot of live action adaptations of Jay Ward movies; George of the Jungle and Dudley Do-Right.

But I started to feel like the whole notion of a talking dog and a boy would be better in the kind of a fantasy world where you can accept a talking dog much more easily than if it’s a live action world.  Because suddenly, there are a lot of questions about why does the dog talk.  How does he talk?  Is it weird?  Do people think it’s normal?

So, that’s really not the sensibility of the original show.  The sensibility was that it’s an amazing character.  He happens to be a dog, but nobody cares.  Nobody bats an eye about it.”

On finding a voice for the characters…

“Casting the voice is maybe the most critical single decision that you make in realizing the character.  You could draw thousands of drawings and you can get the character to look a certain way.  But it’s not until you find that voice that the character comes to life.” 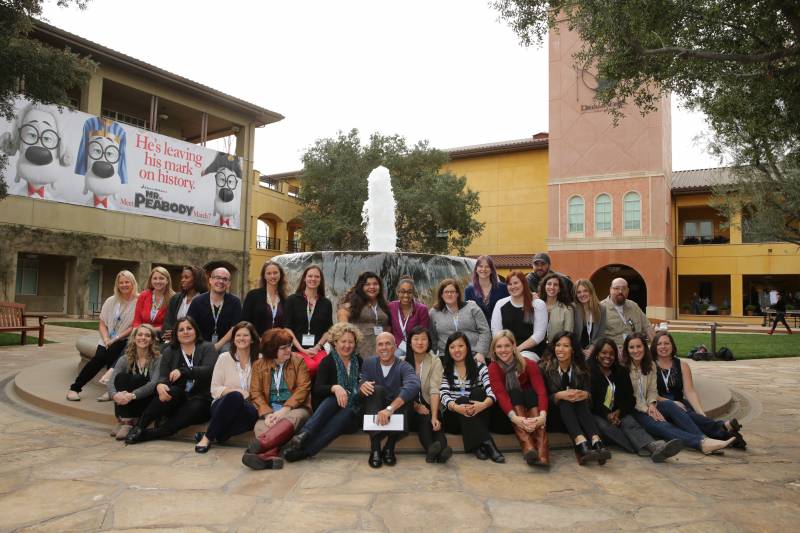 At the end of our perfect day at DreamWorks Animation Campus, all of the wonderful bloggers from around the country that I had the pleasure of meeting huddled together for one last photo. And then it happened- we got photobombed by Jeffrey Katzenberg, the CEO of DreamWorks Animation himself! You can see him in the bottom center in the blue v-neck sweater. They’re such a family over there at DreamWorks, I didn’t ever want to leave!

Mr. Peabody & Sherman is out in theaters everywhere this Friday, March 7th. I can’t wait to go see it again, and bring my family along this time. It’s all they’ve been hearing about, and I’m not even slightly concerned that I’ve oversold it. It’s that awesome, and I say that as someone who never opts for the cartoon movie. Be sure to check out the Mr. Peabody & Sherman trailer below, and visit the official website here.

*This press trip was courtesy of DreamWorks Animation and 20th Century Fox. All opinions and impressions from my experience are purely my own.