Ok folks. I interviewed Jason Bateman last week and he was so down to Earth and chill that I wanted to get his number and invite him over the house so the rest of my family could meet him. I think he’s my cousin actually… more on that in a minute.  How did I get in a room with Jason B? I was invited by the good people of Disney to fly down to Orlando and meet some of the cast and crew behind Zootopia – the new animated flick that is about to take theatres by STORM starting March 4th. I saw the movie and it was so funny and smart. You will love it. Your kids will love it. Even your grumpy uncle who is never happy about anything will crack a smile – I promise. Get ready for this Jason Bateman interview because it is a great one.

Jason Bateman Is As Awesome As You Think #ZootopiaEvent: My Exclusive Zootopia Interview 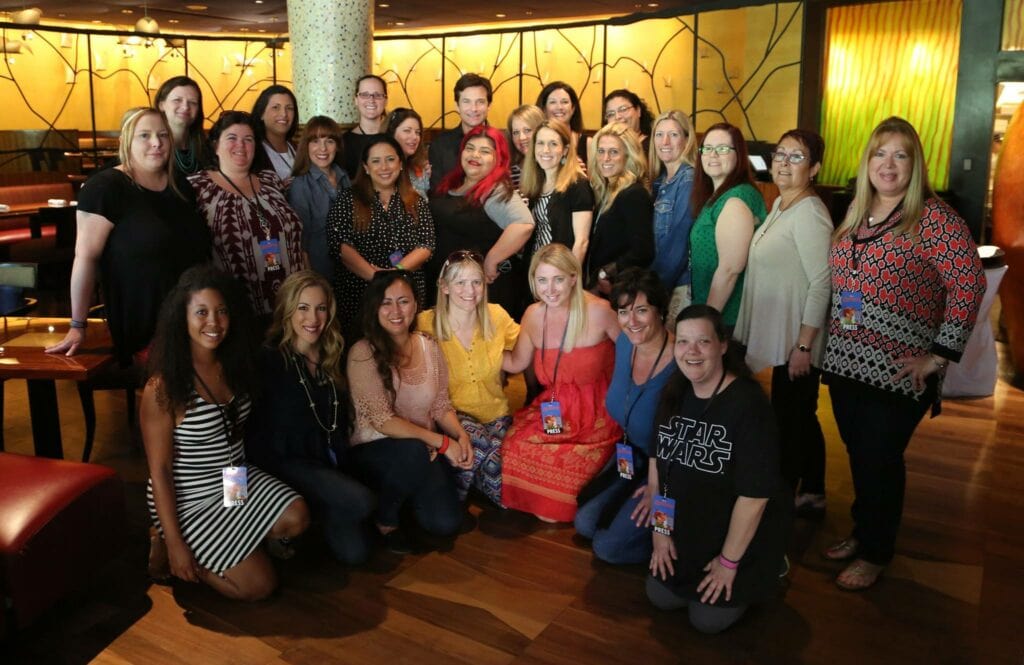 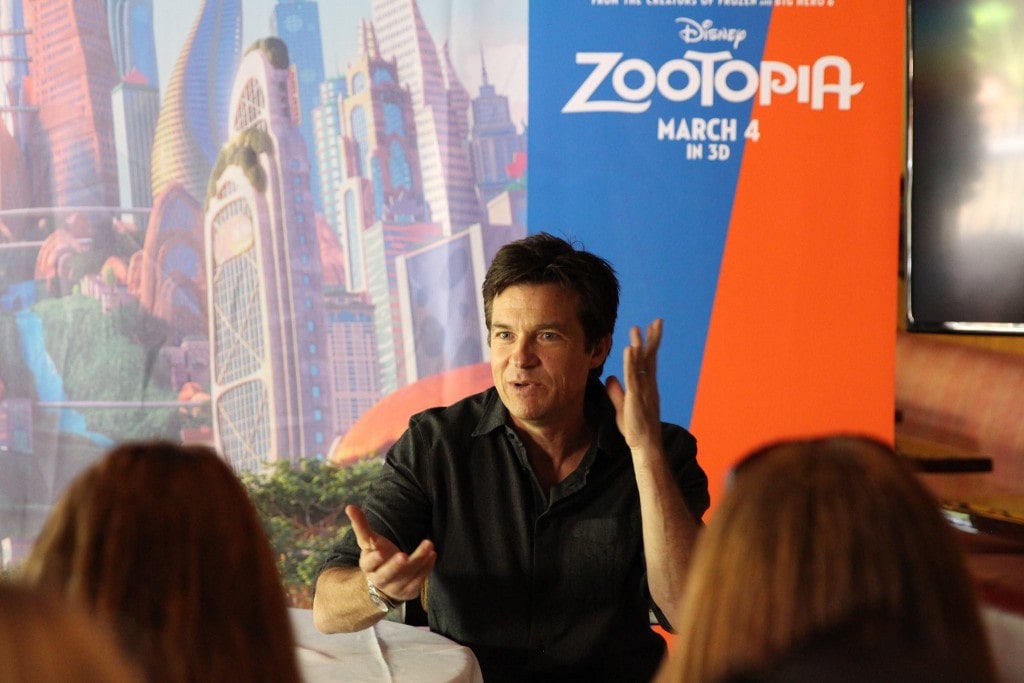 Let’s get right to the interview.  As a parent of two little girls, Jason was excited to be a part of a movie that he KNOWS the whole family will enjoy.

He admits that as a dad – “kid movies” are the only films he gets to see these days. (Who can relate to that?!)

I have two little girls, nine and four, knowing that they are going to see Zootopia gave me a sense of pride.  First of all, it’s the only movies that I see now. A kid movie comes out and you have to take them and you just hope that it’s good.

And if it’s not good, you are still buying a ticket to it.  You still have to sit there.  You just might catch a little nap, you know?  But with this one there won’t be any napping cause this company is so good at, at braiding some stuff in there for us that whether it be thematic or just with the jokes. There’s always kind of that parallel lane of satisfaction for the adults.

In Zootopia, there are some really great issues and teams that I don’t know if my nine year old really picks up on some of the nuance and sophistication of these heady, highbrow issues yet. But I’ll bet you some of it kind of permeates, and when the coin finally does drop maybe when she’s another year older or something when we’re watching it for the 20th time at home, as we all buy it again when it comes on. 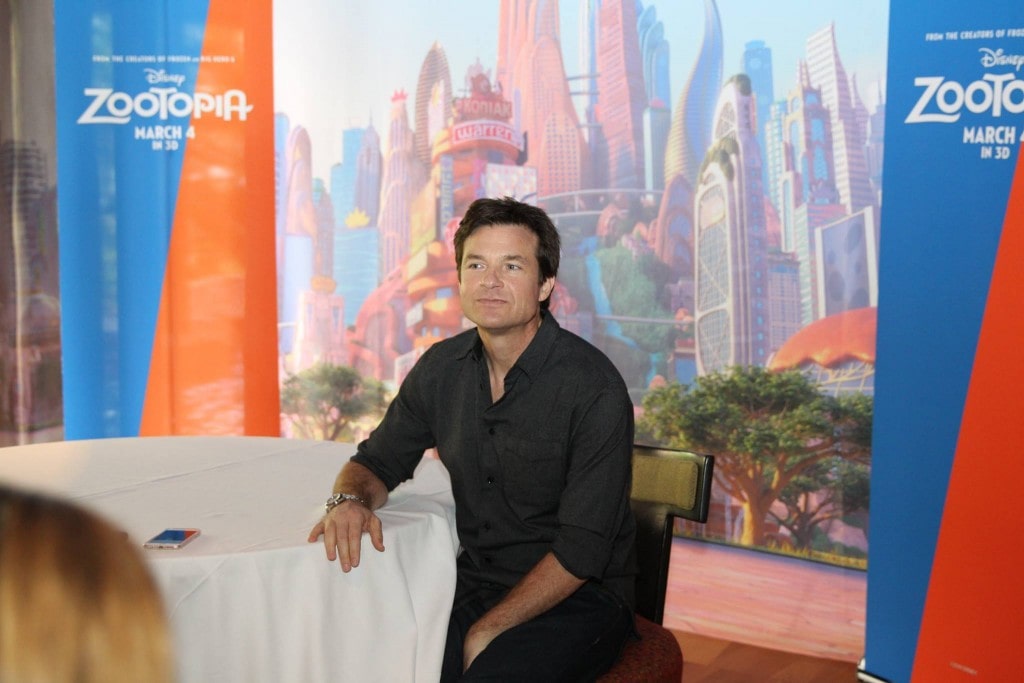 Jason also registers that Zootopia is a great tool to use to start a dialogue about bigger world issues with our children.

Zootopia is a nice tool for me as a, as a dad to talk about like in this film racism or xenophobia or fear mongering or bullying.  It’s — when I have a character that I can, I can pause and I can say okay, you see how that, you know, hippopotamus kind of like gave a look to the — so it kind of makes the medicine go down a little bit easier and it makes it a little less ominous for them to broach these subjects.

Talking About Nick With Jason

We asked Jason about Nick’s favorite color – just in jest – and he got into character a bit.

Did any of Jason’s personality find itself into Nick’s character?

I’m not a big fan of of seeing a lot of acting, you know?  Like I mean, I think that’s the goal is to not act – to look natural. So, I try to use as much of me as possible in any part that I play. Plus that I’m also pretty lazy.  Any character I play is always inside my skill set

If I read a script and there’s a character that is so far from me that I would have to do a lot of acting to play that character, then just kind of by definition I probably shouldn’t play that character because then you are going to see acting, you know?  So yes, there is quite a conniving, sarcastic fatigued part of me.  My mother is British, so she kind of taught me that kind of sense of humor, that dry, reactive sort of sense of humor.

And on a SUPER PERSONAL NOTE — JASON and I are related!!

(maybe) Ok, seriously. He’s Maltese and there are only like 6 of us in the world… so there’s a pretty good chance that if we whipped out our family trees, there would be some crossover. I had to ask him about his heritage because he is an actor that my family talks about frequently. There aren’t that many Maltese public figures in America.

Jason confirmed that his “mother’s mother is from Malta” in case you wanted to understand the lineage. Oh and he also promised a family reunion this summer with me and kids. So, I’ll keep you updated on that one. ;P

Be sure to head out to theatres on March 3rd!! You do not want to miss Zootopia! It is going to be a roaring good time. A blast! A hoot! A … ok I ran out of animal-themed references to tell you that it’s funny. You catch my drift though, right? 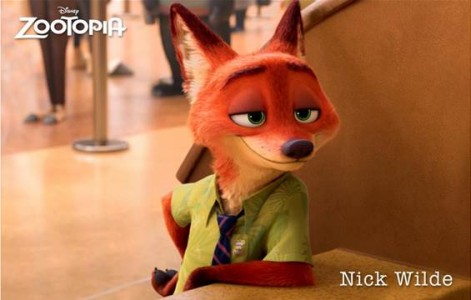 The trailer of this movie is just awesome! We are excited to watch Zootopia.

Great interview, my kids already told me they want to see this. The previews kind of grab you and suck you in. Glad to hear it is good, otherwise I heard that parents sometimes nap in the kids movies.

I can't wait to hear how the family reunion turns out. lol

My whole family is excited to watch Zootopia. The trailer is just awesome and we can’t wait to watch it.

Jason Bateman is so funny. I can't wait to see his sense of humor and his personality in the character.