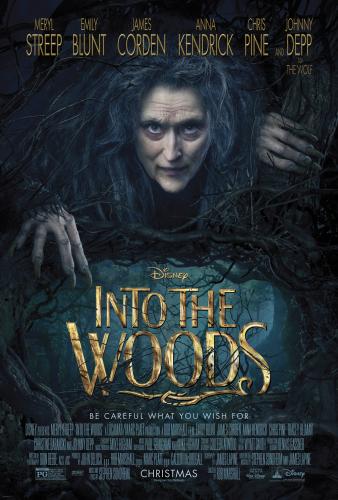 I recently had the opportunity to attend a screening of Walt Disney Pictures Into The Woods in New York City.  The movie is an adaptation of the Stephen Sondheim Broadway musical Into The Woods that premiered in November of 1987. The film cleverly intertwines the stories of 4 Brothers Grimm fairy tales; Cinderella, Little Red Riding Hood, Jack and The Beanstalk, and Rapunzel along with the original story of The Baker and his Wife. My review of the movie will follow tomorrow (Spoiler..I LOVED it and can’t wait to share my thoughts) In addition to the screening, I was invited to be a part of a press Q&A with the cast of the movie;

I am always so interested in how an actor is chosen for a certain role, especially a role that involves a display of musical talent. Of course I knew that Anna Kendrick could sing ( Hello Pitch Perfect Cup Song) but I was totally surprised when I heard Emily Blunt and Chris Pine burst into song on screen…...they sing??!! Yes, they do and they were both totally amazing and absolutely perfect in their roles. Chris Pine had never even heard of  Into the Woods and had only one night to prepare a song for his audition;  “I had a night to prepare a song to go sing in Rob Marshall’s living room, and then I made the mistake of going online and Googling what I was getting into, and then it dawned on me the kind of magnitude, you know, the pantheon that was touching with this music.” Chris stepped out of his comfort zone and played the part of the “shallow prince” with humor, making him likeable along the way.

In the film Anna Kendrick portrays Cinderella…not your typical Cinderella but one that has a very modern sensibility about her. One of the things that drew her to the role was the fact that this version of Cinderella was not willing to stay in a situation that wasn’t right for her, even if it was something that she initially wanted; “This isn’t want I want. I want something real, and I don’t know what that is yet, but I’m willing to forego this safe situation to find out what that is.”

During the interview a question was asked  of Meryl Streep ( OMG..Meryl Streep in the same room…15 feet away from me ..unreal), Tracey Ullman, and Christine Baranski; ” How did each of you individually prepare yourselves as mothers for this performance?” I had not thought about the roles that they portrayed all being Mothers and how this would have affected their approach to the parts they played in the movie. One of the most endearing answers came from Meryl Streep: “Everybody’s story line has something that resonates in a modern heart. I mean the issues that the witch has that the idea that people do very bad things for sometimes very good reasons.  So she loves above everything this little blossom of a girl  ( Rapunzel) that she never even dreamed that she’d have and there she has this child and she wants to protect her from all the bad things in the world.  That’s something that every parent understands.” Hearing this really made me think differently about the character of the Witch. From the view point of a parent it made her actions seem less reprehensible and more relatable.

I thoroughly enjoyed the cast interviews. Tracey Ullman and James Corden had the entire audience and their fellow actors in stitches with their witty comments. The actors in this film could not be more perfectly cast, they all seemed to have a genuine affection and respect for each other. Their rapport off screen carries over to the film as well and it makes this ensemble performance beautiful to watch. Be sure to check back tomorrow for a my full review of the film. Check out the trailer below and MARK your calendar for December 25th when INTO THE WOODS hit theaters!! 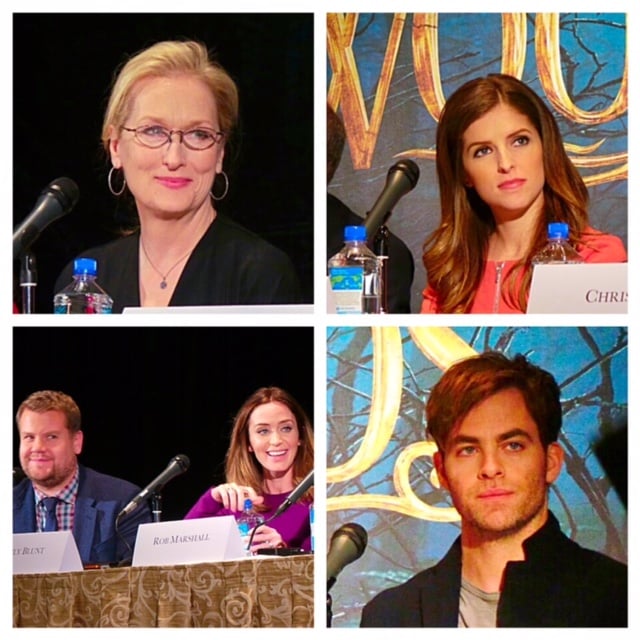 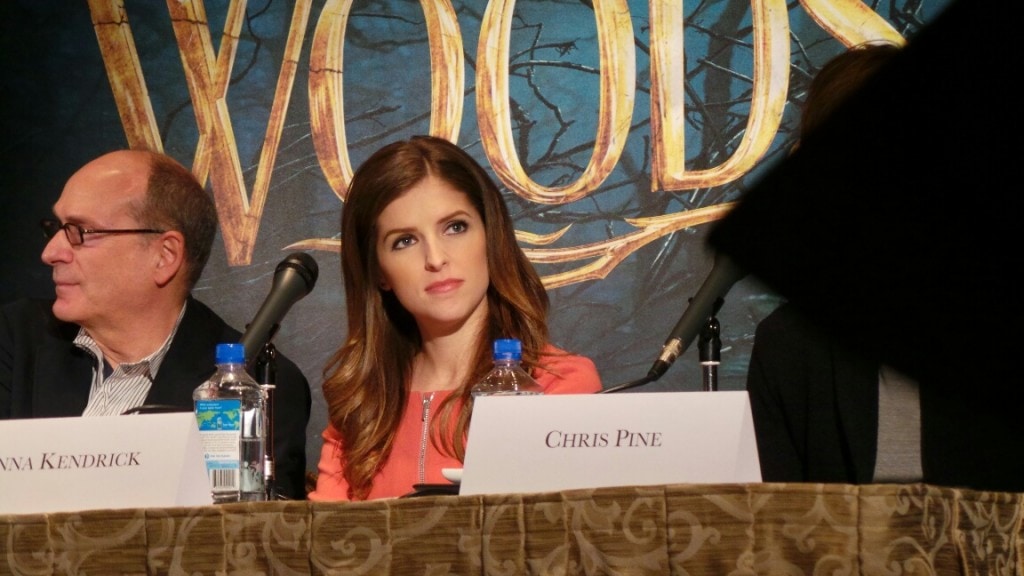 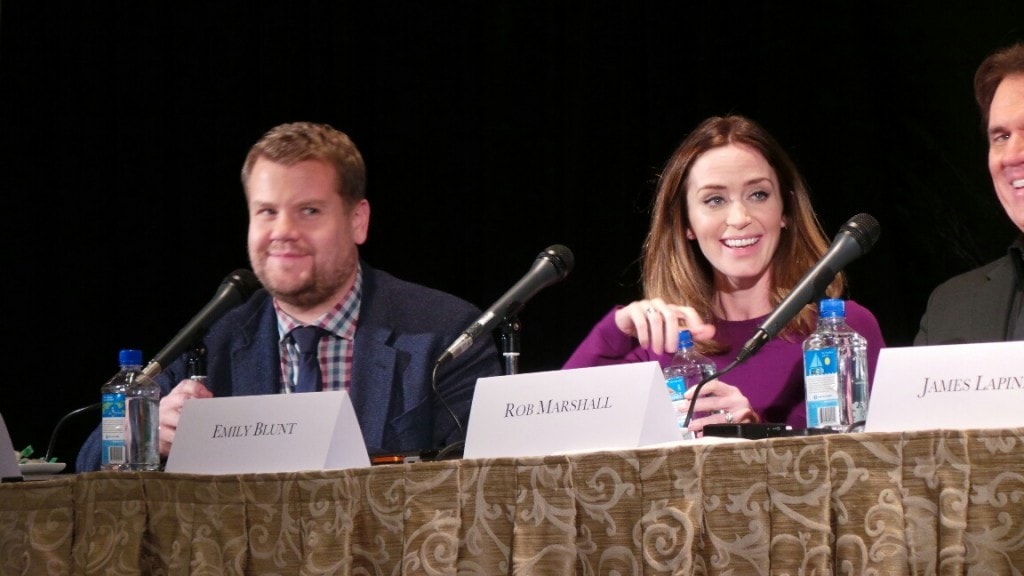 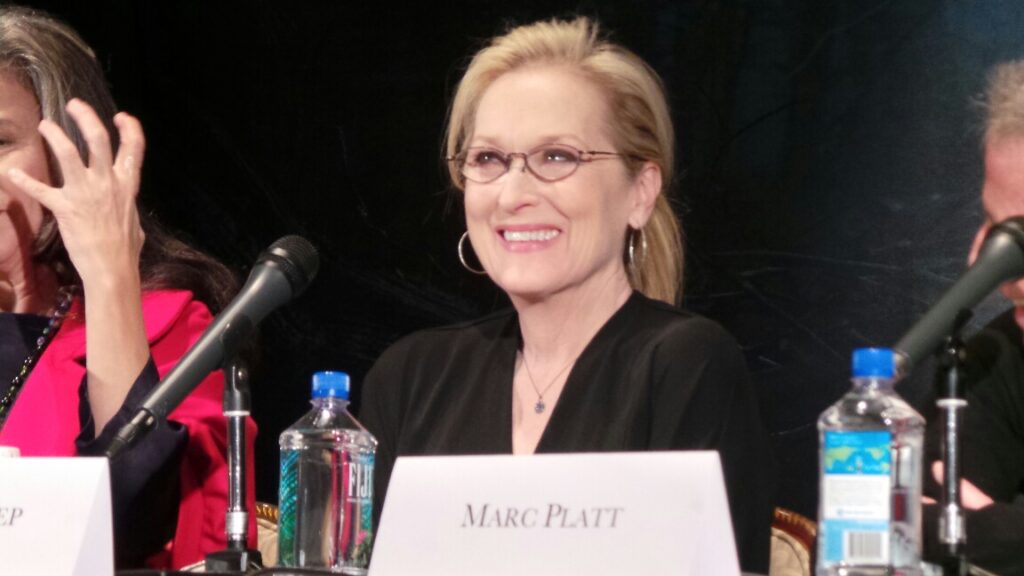 **Disclosure:  I received a complementary ticket to preview this movie and attend the press conference. All opinions are my own.**