I WISH…..I wish I could describe how much I LOVED this movie! Well, I’m going to try to do just that and then I hope you’ll head to the theater this week to experience this magical journey into fairy tales for yourself. Walt Disney Pictures INTO THE WOODS  intertwines the well-known Brothers Grimm tales of Cinderella, Rapunzel, Jack and the Beanstalk, and Little Red Riding Hood with the story of the Baker and his Wife who desperately want a child. The Baker (James Corden) and his Wife (Emily Blunt) have been cursed with childlessness by a witch (fabulously portrayed by Meryl Streep) and must perform various missions involving the other characters in the fairy tale in order to break the spell. Each of the characters plays an important role in the others fate and the fulfillment of each others wishes.  The saying “Be Careful What You Wish For” becomes apparent once the characters have accomplished their goals. They learn about the pitfalls of greed and that the “grass isn’t always greener on the other side.” Throughout their quest they also discover their need for community and family. They set aside their individual wants/concerns and band together to fight against the wife of the giant Jack killed who comes to their village to seek revenge.

The music in the movie is the dialogue in which the characters beautifully tell their own stories. ( the movie’s soundtrack is on my Christmas list)  The scenery and the costumes are visually stunning and you feel completely immersed in this world of make believe. One of the things that I like the most about the film is the modern day take on Cinderella (Anna Kendrick). Once she had her prince (Chris Pine) she realized that he was not quite what she was hoping for and had the courage to change her course. It’s such a great message in today’s time, especially for young girls; Follow your heart and never settle.

The casting is perfection. Meryl Streep (of course) was outstanding in her role of the Witch showing both the evil and vulnerability of the character. Chris Pine played the part of the shallow prince with, pardon the pun, charm and humor. As vacuous as the Prince is he made the character likable. Emily Blunt and James Corden were amazing and and you truly felt the desperation in their desire for a child. Each member of this ensemble cast was fantastic in their role and a big part of why this Broadway play translates so wonderfully to screen.

I WISH…You would mark your calendars for December 25th and GO SEE THIS MOVIE!!  You’re going to love going INTO THE WOODS! 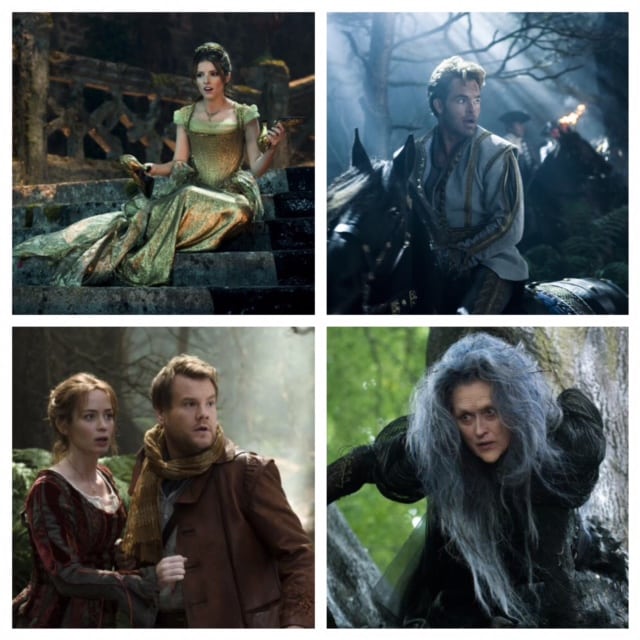 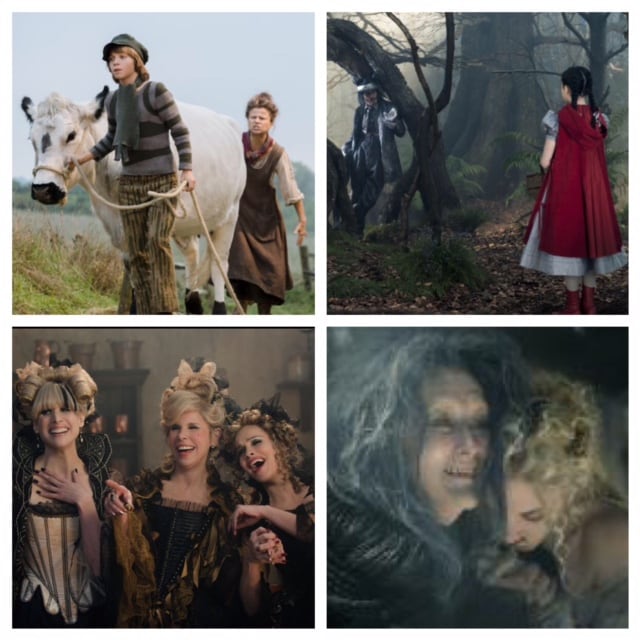 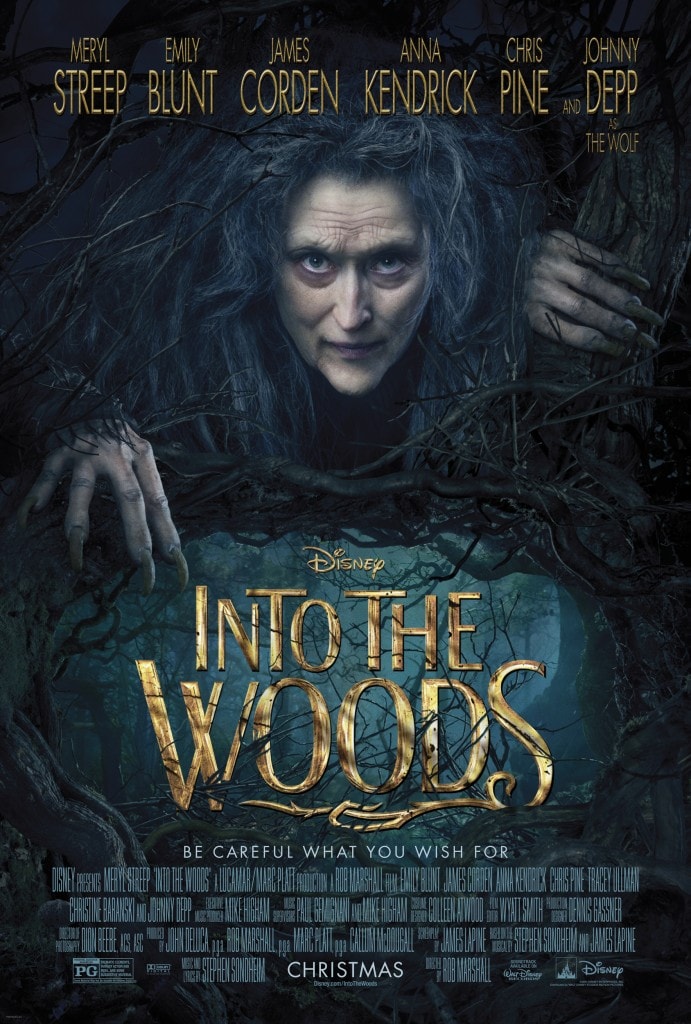 **Disclosure:  I received a complementary ticket to preview this movie to facilitate this review. All opinions are my own.**
Event
Share