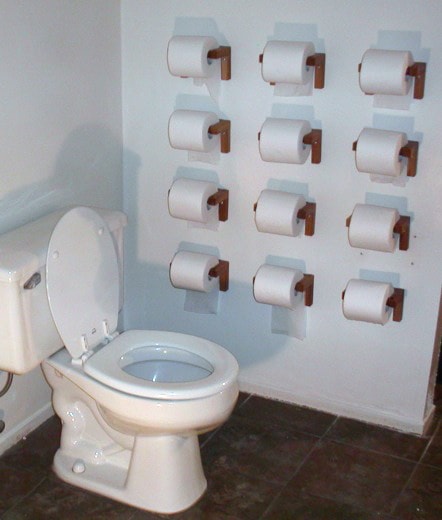 So, I won’t get into specifics because while this story was inspired by an event I attended this weekend, it doesn’t really relate to WHERE I was. It’s just about being a human… and being considerate… and being sanitary. That pretty much fits everywhere.

Picture it… or better yet… don’t picture it. It will save you some aggravation.

Potty talk time. I was at a suite for an event and had to go to the bathroom. I was chatting up a few friends and mentioned that I should go to the bathroom before we left. Another woman had to go and I told her to go ahead of me so I could finish up with my conversation. No big deal.

She comes out of the bathroom and smiles at me. I walk in and close the door. Head to the toilet… and see a massive spraying of urine all over the bowl. I mean – it was almost intentional. I was shocked. It was utterly disgusting. I stood there for a few minutes and just thought about how that woman SMILED AT ME AS SHE LEFT. Didn’t she know that I was going to have to clean up her MESS in order to be able to use the facilities?

So, I’m standing there utterly exhausted from the conference, having to go to the bathroom, angry at this random woman for being a pig and just frustrated about how there is just no common courtesy anymore. How and WHY and WHERE is that ok?

I just walked out in a huff and a puff and if I was a stronger person I would have went up to her and called her out on her manners… but a mouse doesn’t do things like that so I just walked away angry.

Sorry for the vent, but every person in that room was over 35 and had children. There were no excuses to be made.