So excited to announce that I am heading to Macy’s Thanksgiving Parade this year with Pirate’s Booty! I can’t wait to see their new float in action. Want to have a little sneak peek? You know Lady and the Blog has one for you!! Check it out. 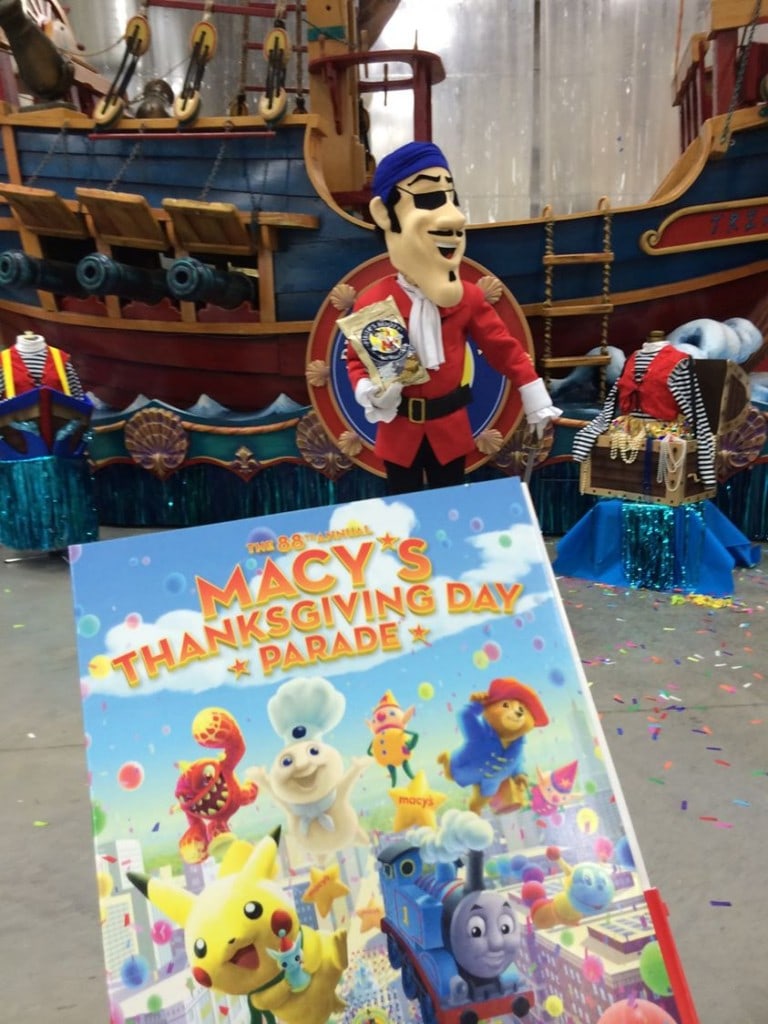 AHHHH! Super fun, right? Nicole, my writer, attended a press day with Macy’s a took a picture of the float all set up and ready to roll.

I am SO EXCITED about this year’s adventure because it will be the first time my children will experience the parade LIVE. As a child, my mother took me EVERY SINGLE YEAR (except when it snowed). We would gather up our friends from the block, hit the N train SUPER EARLY in the morning and claim our spots on the street while wearing every article of clothing that we owned. LOL!

Once those balloons started to come down the streets though, it was all worth it. The music, the dancing, the singing, and all your favorite characters and singers. You know the last year I went to the Macy’s Thanksgiving Parade, I saw the New Kids on the Block. And if you are a child of the 80s / 90s, you KNOW THAT WAS A BIG DEAL!!! Warmed me RIGHT UP!!! 🙂

Looking for a giveaway?

Pirate’s Booty is having a fun contest on their Facebook page right now! Head on over to enter.

*I’ve teamed up with Pirate’s Booty to celebrate their new Thanksgiving Day Parade float. All opinions are my own.