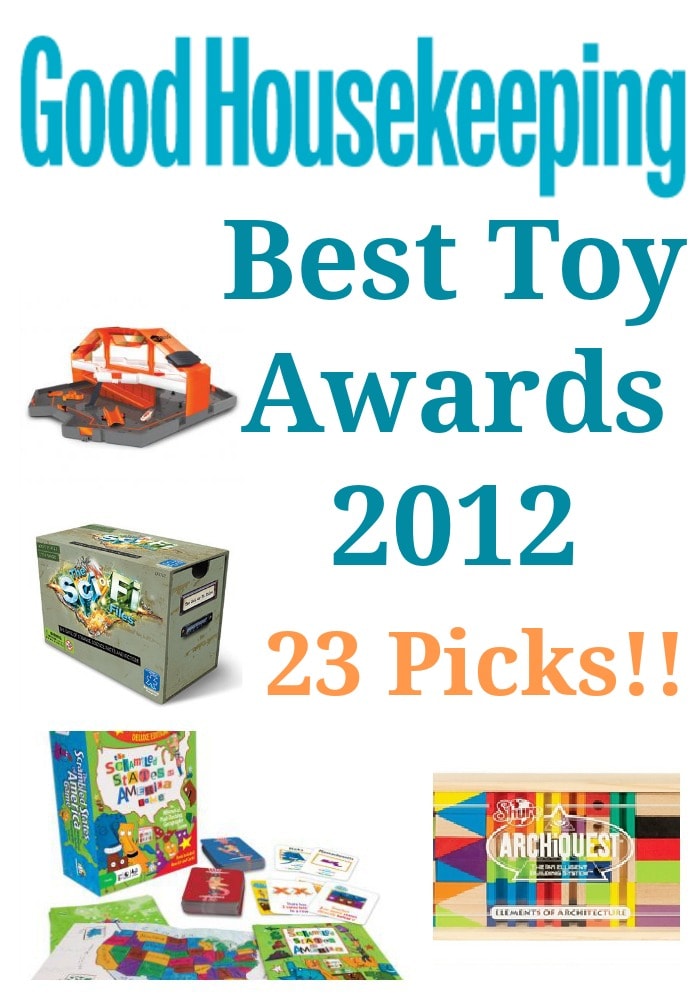 ($35; ages 3+) lets kids customize a bi-level maze, then see mechanical bugs run amok. Its 35 easy to-assemble pieces link with other sets to create an arena that will amuse for hours.

§  Moose Toys Fortune Cookie Maker ($25; ages 5+) lets young bakers mix and roll real dough, heat it in the microwave, and form it around fortunes they write. The best part: devouring their own creations.

($8; ages 7+): Puzzle fans got a kick out of creating critters from a twistable chain of interlocking blocks that, when kids followed the coded formula, formed a bright flamingo, scorpion, or robot, to name a few.

§  LEGO Friends Adventure Camper ($30; ages 6 to 12): Constructing a motor home replete with two dolls, bikes, and a surfboard made this a popular pick with our testers. They were also fans of the Lego Creator Street Rebel set.

§  Playmobil E-Rangers’ Headquarters ($130; ages 7 to 12), a command center with a swiveling LED spotlight for imaginative scenarios, was adored by older kids. A working solar panel (it operates a fan) instills eco ideals.

§  Silverlit Bluetooth 1:16 Porsche 911 ($80; ages 8+): Hardly a standard remote-controlled car, this hyper-detailed toy, a 1:16 replica of the coveted sports car, can be steered via iOS devices (download the app first).

§  Colorfall from Marbles: The Brain Store ($45; ages 8+): Creating beauty takes focus—with 20 patterns to try, this toy shows kids how to arrange tiles in ways that, when knocked over, reveal artful designs (or they can make their own.)

§  Hasbro’s Bop It! Smash($23; ages 8+), in a total remake of the original, ratchets up speed and intensity levels as players try to hit a moving light squarely in the center. It improves coordination and entertains one or multiple kids.

The six winning board games are:

§  Gamewright’s Elephant’s Trunk ($15, two to four players; ages 4+): This game promotes color and pattern recognition as kids place a piece of clothing into a matching trunk. Roll a mouse on the die, and your luck runs out.

§  Fat Brain Toys’ Argh! ($9, two to six players; ages 6+): This board game sparks kids to think fast, claim loot, and keep greed at bay: Draw activity cards until you choose to stop, or risk losing it all to a pirate. Our testers played on and on.

§  Thinkfun Yackety Smack Card Game ($18, two to six players; ages 6+): Kids love hearing recordings of their own voices, and to win, players compete to spot the cards that represent a sound they just recorded. See a match and slap the “smacker.”

§  Educational Insights’ The Sci Or Fi Files ($15, two to six players; ages 10+): Test your scientific IQ with a set of 200 cards with true/false statements and fascinating explanations tucked into a wee filing cabinet. Testers called it the best game for teaching them something new.

§  Gamewright’s Scrambled States of America, Deluxe Edition ($16, two to four players; ages 8+): While racing to rack up different challenge cards, kids learn about the USA. Whoever gets the most cards becomes the new “Head of States.”

This post gave me a few ideas for gifts for my brother's kids - 2 boys age 12 and 14. Any other suggestions? I have no idea what boys that age like!