Are you trying to figure out how to get rid of cable? I’m in the same boat! My husband and I have been toying with the idea of getting rid of cable for quite some time now and I think that we are finally going to DO IT. We never use our home phone and just found out today that we can put our house alarm on radio waves. The only REASON why we were keeping our land line was we thought our security system needed it! Now that we have this new information, we are pushing forward with some new options. Getting rid of cable is priority number one. 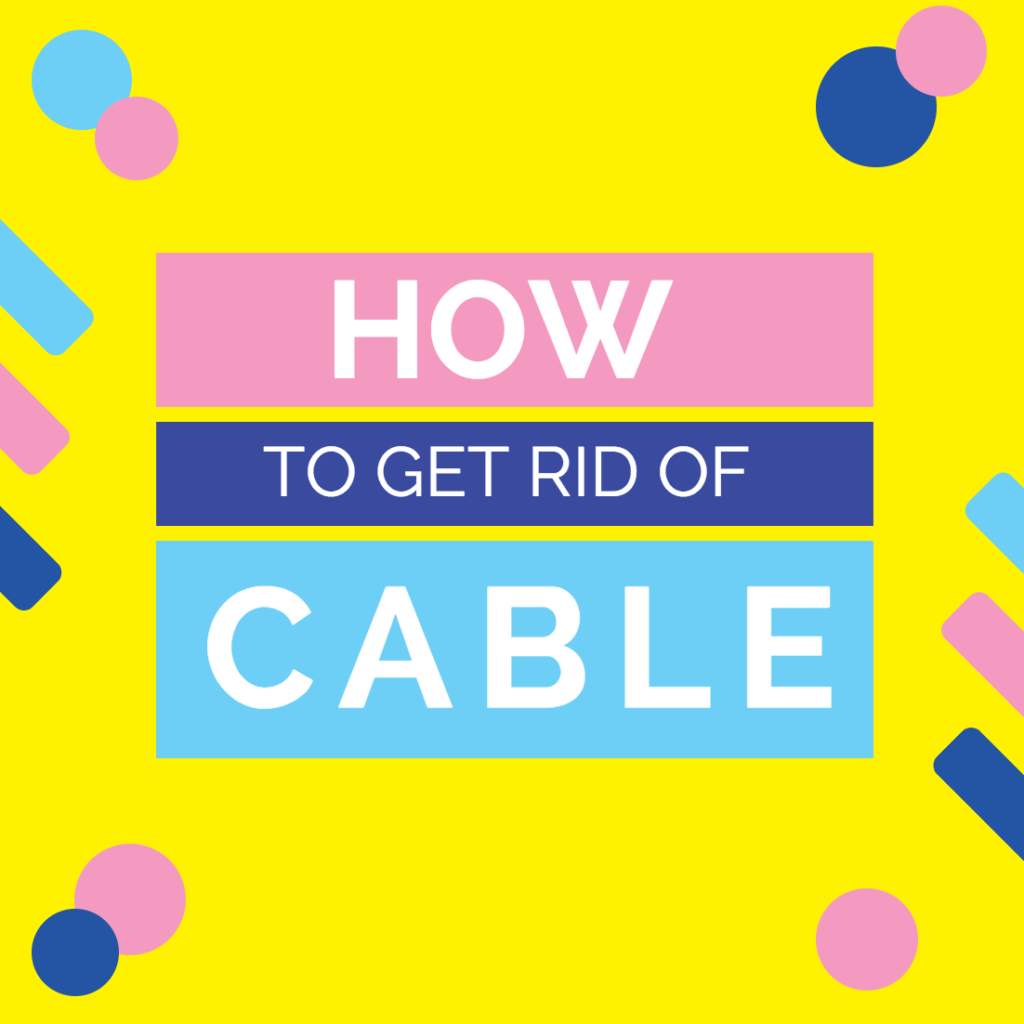 How To Get Rid Of Your Cable: In Math Formula Form

I asked my good friends on Facebook how they manage without cable and phone lines and BOY did I get a variety of answers. I wanted to jot down the combinations for you in case you were thinking of making the switch. While going through the 50+ comments, I felt a bit overwhelmed. So, I needed to extrapolate the data and see it a bit clearer.

The same products are referenced over and over again in the multiple combinations below. Use this price key as a way to determine what your new monthly cost will be once you cut the cord.

How To Get Rid Of Cable:

I will work on the first formula for you so you can see where I am going with this.

The Conclusion: Will We Get Rid Of Cable?

YESSSS! For us, this is hundreds of dollars of savings a MONTH. It’s just illogical to not do this.

Lots of options here, right? Most have the same three apps included and guess what? I pay for two of them already! So, making the switch for me is a no-brainer.

Do you have cable? Are you thinking of making the switch? Have you already done it? Would love to hear!