Galavant Premiers Tonight At 8PM EST On ABC #ABCTVEvent #Galavant: Met The Cast, Previewed The Show, And Am Totally Hooked 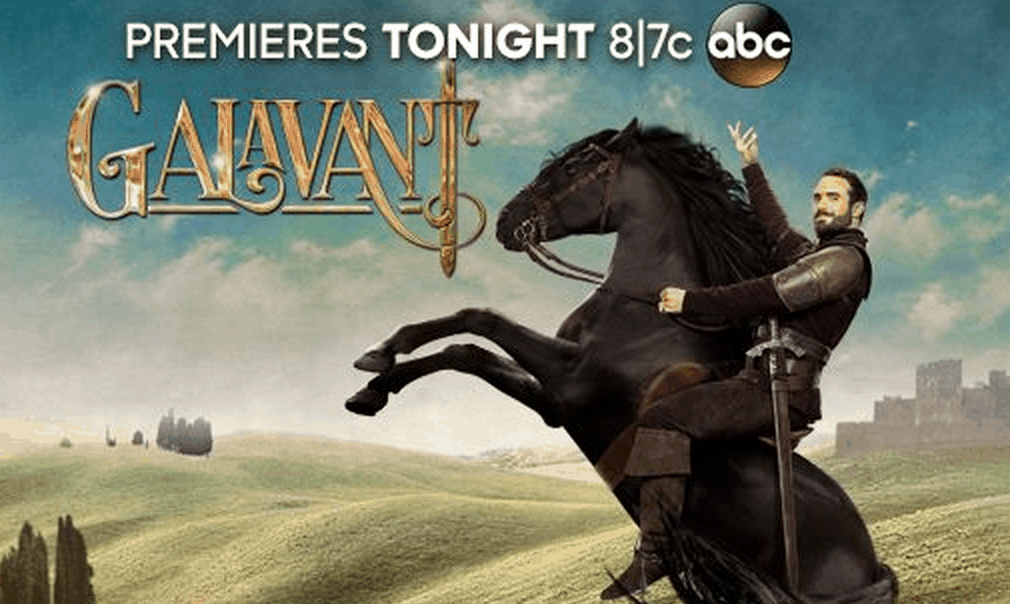 Medieval Times. It’s the one time in the history of our planet that I wish I had the opportunity to experience. As royalty of course. I’m not shoveling hay for anyone. Then again… there wasn’t any real medicine back then. I get sick quite frequently. Odds are, I wouldn’t have made it passed my 21st birthday. Hmmm…. ok maybe I just want to wear some of the dresses for a weekend? Can we at least work on that part of my wish? Santa!! Are you still listening?

I love to read books about the times. I love to watch movies / hear stories / go to museums and check out artifacts. Are you catching my drift? I’m into it! So, when I heard that Galavant was hitting the airwaves, I was intrigued!!

Screenwriter/executive producer Dan Fogelman (Crazy, Stupid, Love, Tangled, Cars) teams up with Broadway and Hollywood award-winning musical team — composer Alan Menken (The Little Mermaid, Aladdin, Beauty and the Beast) and lyricist Glenn Slater (Tangled) — for a 4-week comedy extravaganza. Once upon a time, the dashing hero, Galavant (Joshua Sasse) lost the love of his life, Madalena (Mallory Jansen), to the evil King Richard (Timothy Omundson). Now, our fallen hero is ready to take revenge and restore his “happily ever after.” But it won’t be without a few twists and turns along the way. 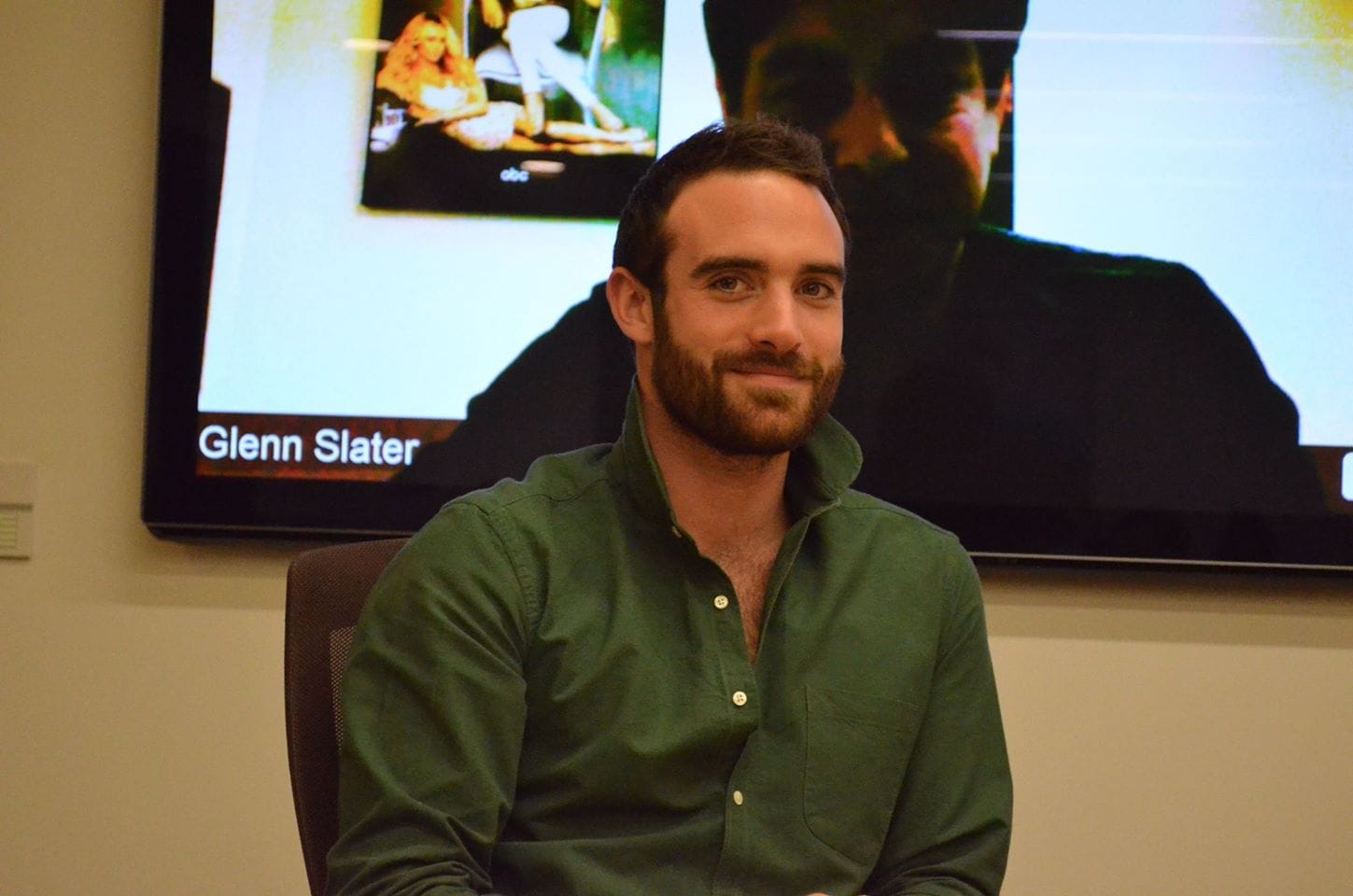 ABC invited me out to LA to interview some of the heavy hitters from the cast. This was several weeks ago, but I wasn’t allowed to post about it until today because tonight is the PREMIERE. So excited that it is finally releasing to the masses. 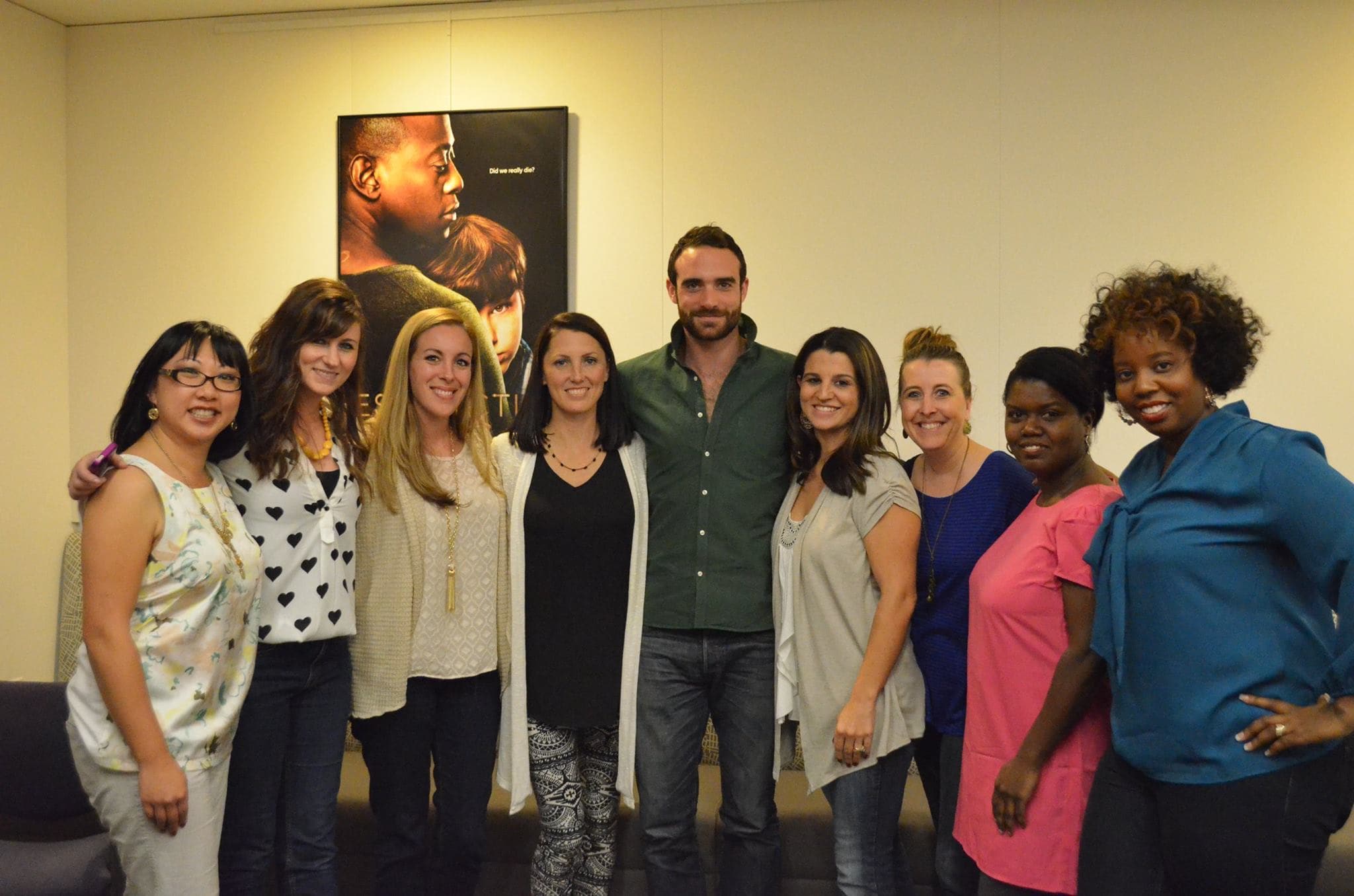 We chatted a bit about the process of writing the songs in a way that pushes forward the story. Did you know that writers frequently use songs created for other movies but that didn’t make the cut? For instance, one of the songs that you will hear in the Galavant series was originally supposed to be in ‘Beauty and the Beast’. It ended up getting cut at the very end. The team has been sitting and waiting for the right moment to use this song again on a new project. BAMN — it was Galavant. Love that!

This comedy is only a 4 week series. So, dive in from the very beginning and enjoy the belly laughs while you can! 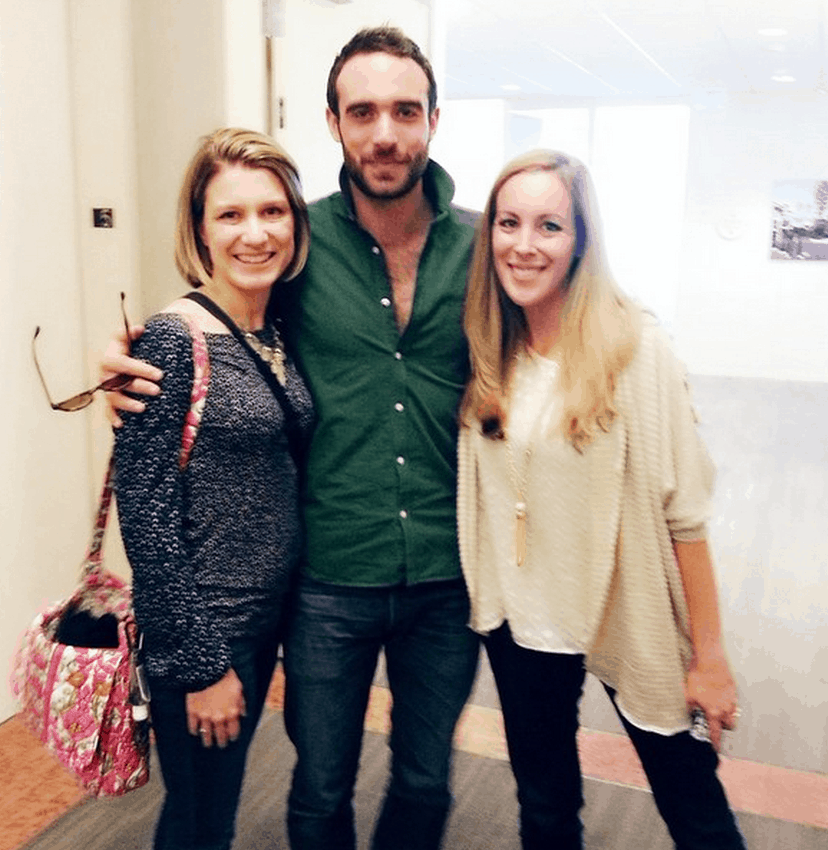 We were lucky enough to have some time with Joshua. The star. The man that all the ladies will fall in love with tonight. Oh yes. He is handsome. He is protective. And he can sing! That’s the trifecta right there. Can he clean dishes? I mean … if he can clean dishes, I think the universe might implode. You can’t put all that good in one soul. You just can’t!

The group wanted to know if Joshua had any musical experience prior to approaching this role? Because there is a LOT of singing involved with this series!!

As an actor, you have to have a fair amount of strings to get anywhere because it’s a tough crowd. But I’ve done some stuff in the West End. Truth be told, I was conned into this. I didn’t realize it was a musical. They said, “Oh by the way for the audition, they need you to sing something for Alan.” And I asked who Alan was and they said that Alan Menken is going to do the music and I said, “What are you talking about? I can’t sing for Alan Menken… I”m going to die!”

I’ve done enough but I have an incredible team to work with to make sure that you don’t fall on your feet.

Imagine — having a love for music and then finding out that you get to work with a GREAT like Alan Menken?! Amazing! 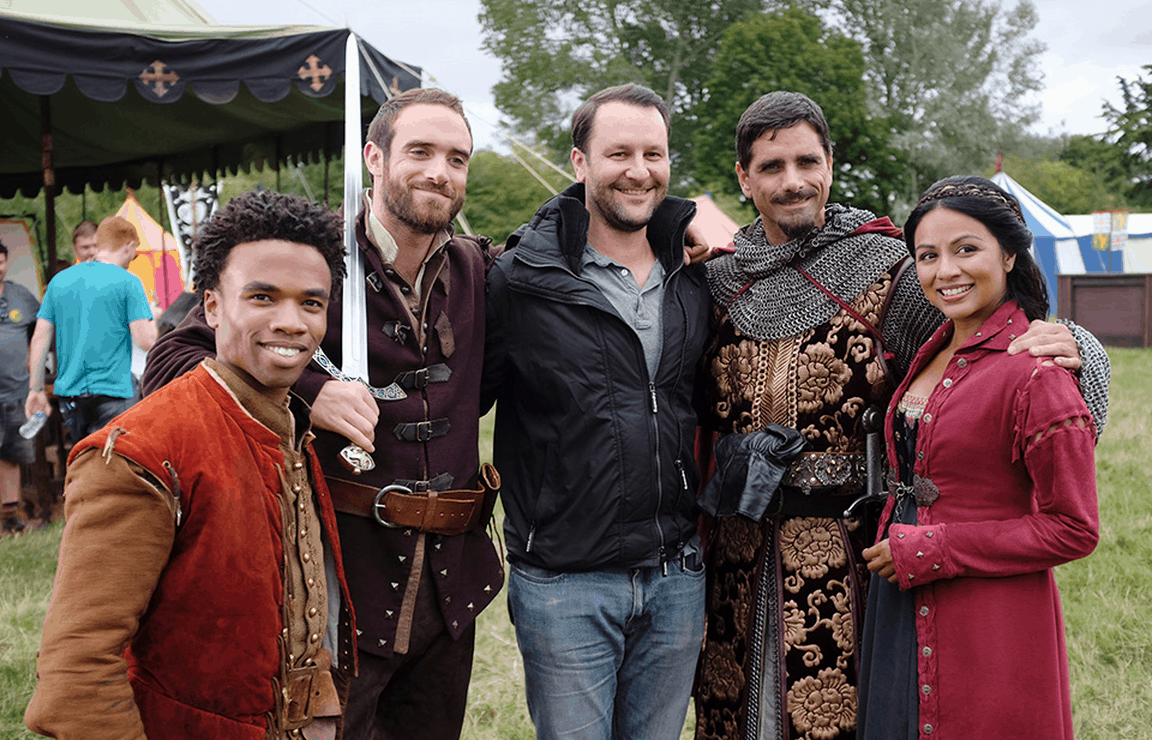 I had the opportunity to watch a few of the episodes (WITH JOSHUA by the way) and it was funny and witty and a great show to tune into. If you are looking for a good laugh, here it is. Who knows – maybe you’ll start humming new tunes after you give this puppy a shot. 🙂

I don’t want to give too much away – but expect some great guest stars to grace the small screen during this run. I’m talking comedic geniuses (okay – I will tell you one of them Ricky Gervais!!!). There’s LITERALLY nothing else like it on TV these days and I am so excited that ABC put this title on the air.

Before I end this, I just have to tell you that I also interviewed Alan Menken and as a lover of The Little Mermaid… I just about fell off my chair. I think I held my breath the entire time to prevent myself from singing all the songs that I love. I just wanted to sing them for him – ALL OF THEM. But I didn’t. HOWEVER, know that I WANTED TO!!!! 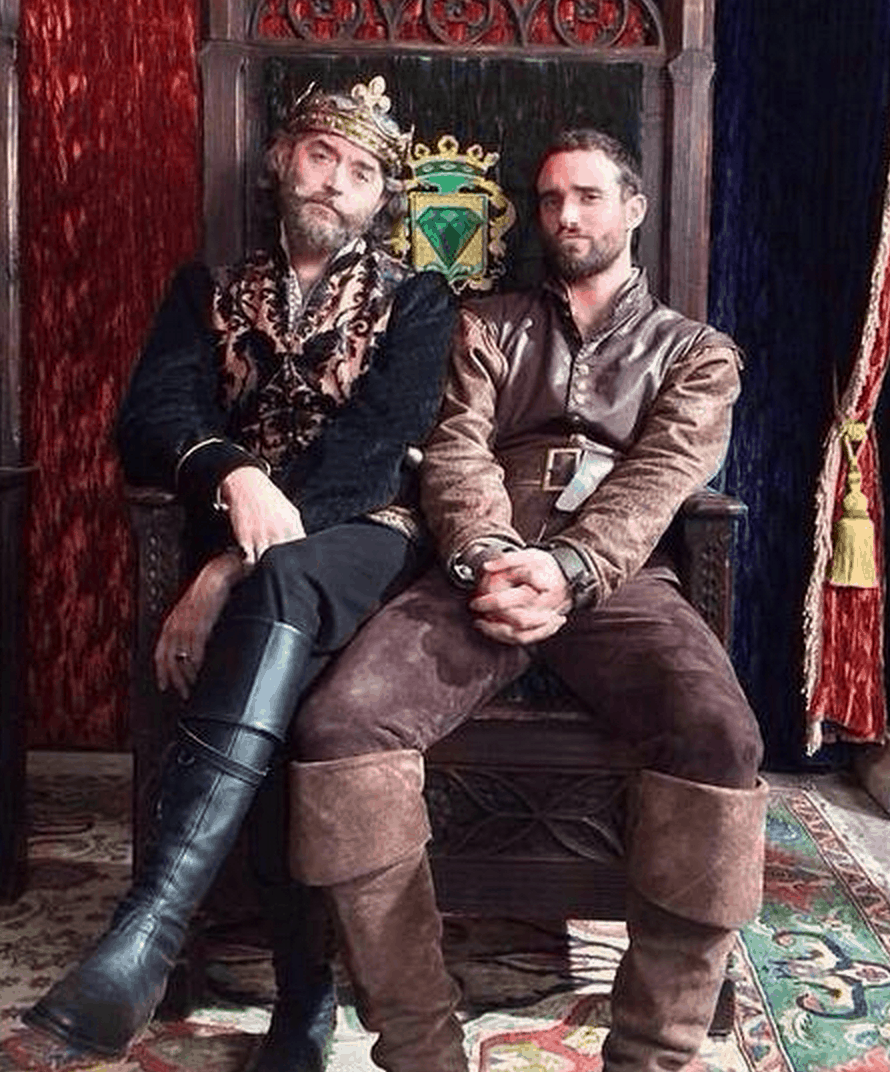 * ABC and Disney invited me to LA to attend several events including this screening / interview. All opinions are my own.