Fun Video Game For The Family: ‘De Blob 2’ (No Violence) 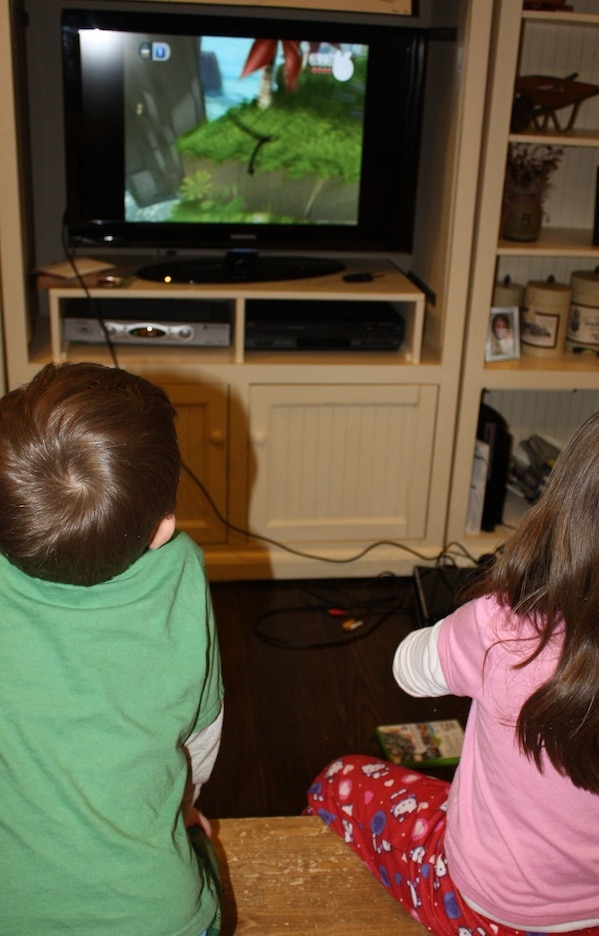 All the video games I own have an INSANE amount of violence in them. My kids want to play with mommy and I never have any options that are fun for the whole family and are safe to watch. I refuse to let them watch me destroy evil creatures while playing with my XBOX… no matter how fun it is.

Well, I was offered ‘De Blob 2’ to review and we haven’t stopped playing for two day! 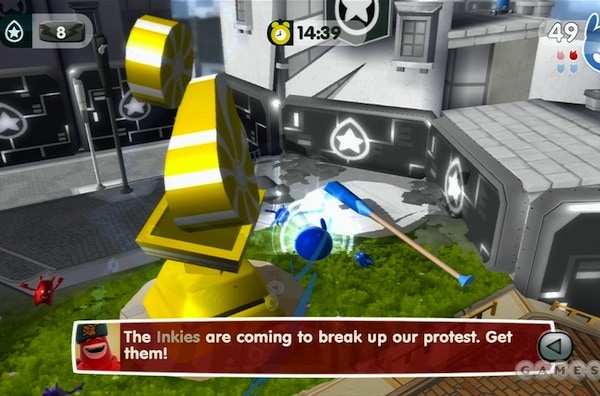 The long short of it is there is an evil man named Comrade Black who has stolen all the color from the world. It is our job to bring back the colors to the planet. You help people by bringing life back to them as well as spruce up buildings, boats, trees, cars and towers. You name it – it needs to be colored. LOTS OF FUN> and no violence. I can’t reiterate that enough. Sure, you have to roll over a few people or change their colors, but there is NO GUNS, no BLOOD, no WAR. ‘De Blob 2’ is a great game for the entire family to play.

My children are a bit younger than it recommended, so they do what they can and then I hop in and help out when it’s needed. 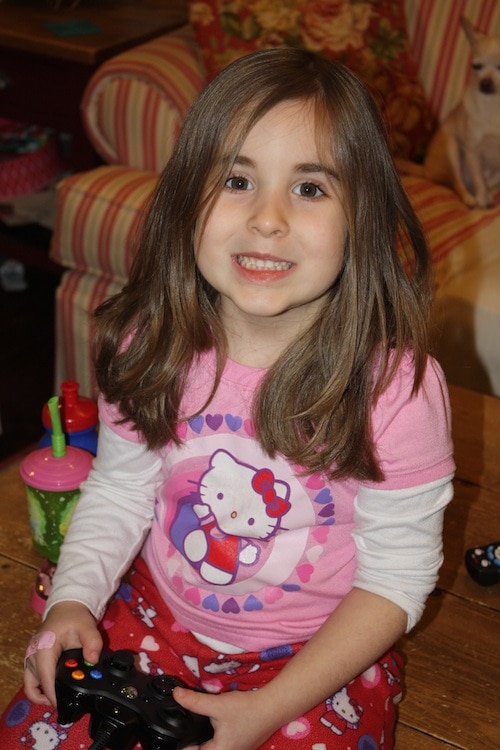 I set up an egg timer and every 4 minutes we switch off. It really works!

There are 12 single player boards packed with color adventure and the tasks are open enough to allow the children to do whatever they want to win. Want to paint the whole town purple? Go for it!! Want to work on some funky color combos – that’s cool too. You can stay on one board for HOURS just changing up your design. For someone who is 5, this is AWESOME. No one is dying. No one is losing. It’s just something enjoyable to do and see.

Yes, there’s smashing involved too. My kids practically leap in the air when I gain enough power to smash through boxes and walls. It’s their favorite part to watch.

And if you are into multiplayer gaming, ‘De Blob 2’ allows for such a function! Recruit your friends online and get to it!