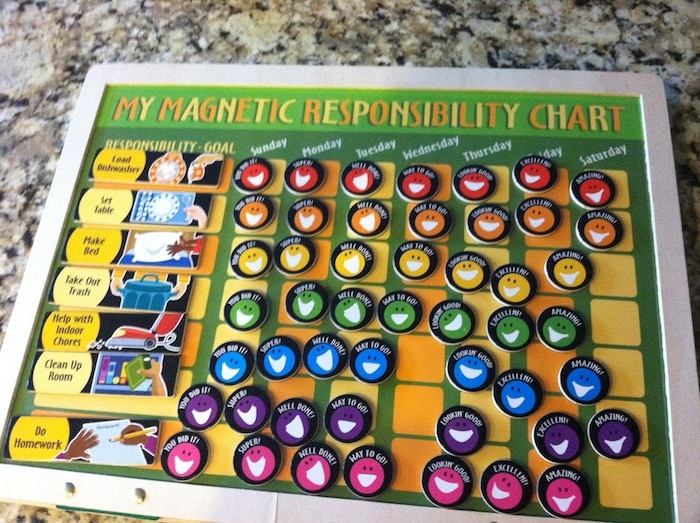 I went to Michael’s yesterday around 6PM with a plan. I was going to make my own chore chart! Yes, I was going to get stickers and cardboard and lettering. You name it – I had a plan to buy it. $60 later I happened to walk by the Melissa and Doug section and found this chore chart on sale for $14. WHAT? I was so in. We put everything back and bought one of these instead.

I asked my Facebook friends this question a few days ago and a few told me about this chart. Once I saw it – I knew it was just perfect! 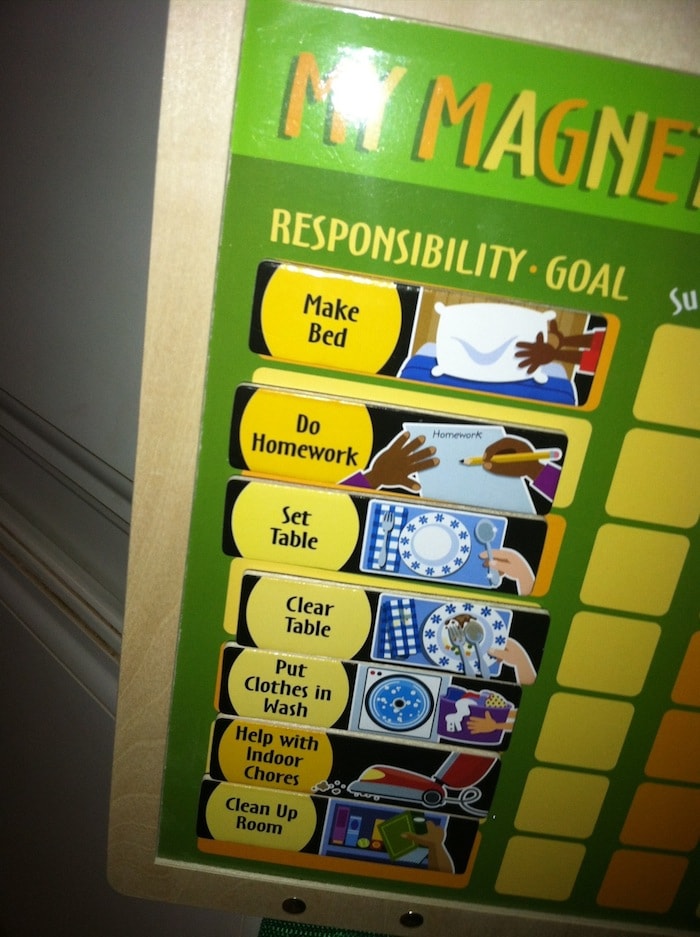 There’s a wide variety of chores to choose from. I opted for the above few and told the kids that these are officially their everyday responsibilities. No questions asked. It had to be done. They were old enough. I thought I was going to get push back. Instead… 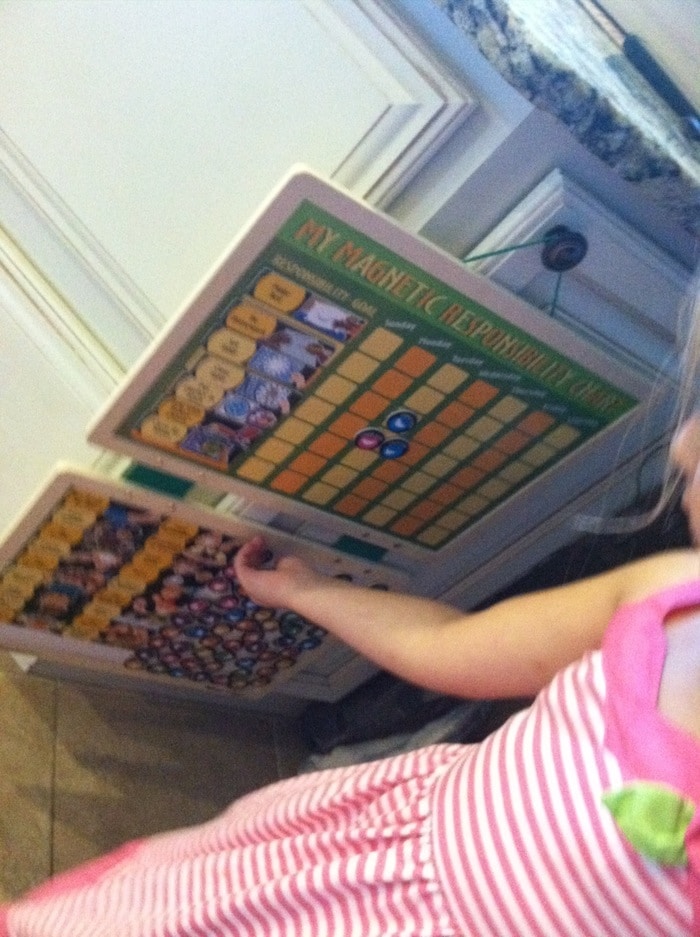 They went bananas! The kids were running around trying so hard to fill up their color. It became a competition. It was awesome. I sat back and watched the action with a smile on my face. 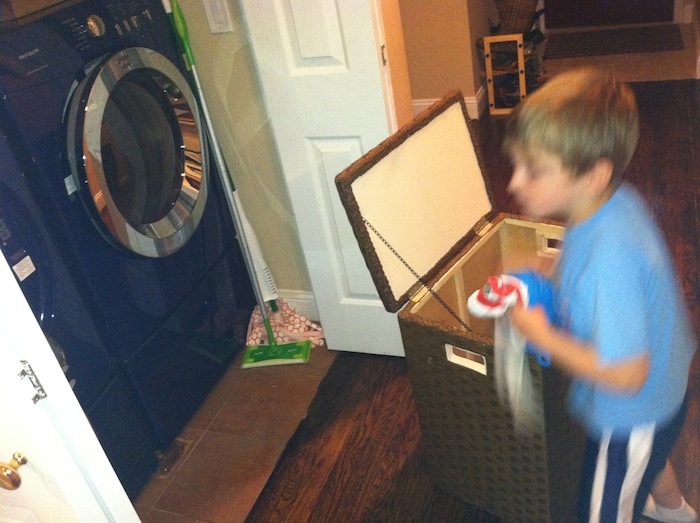 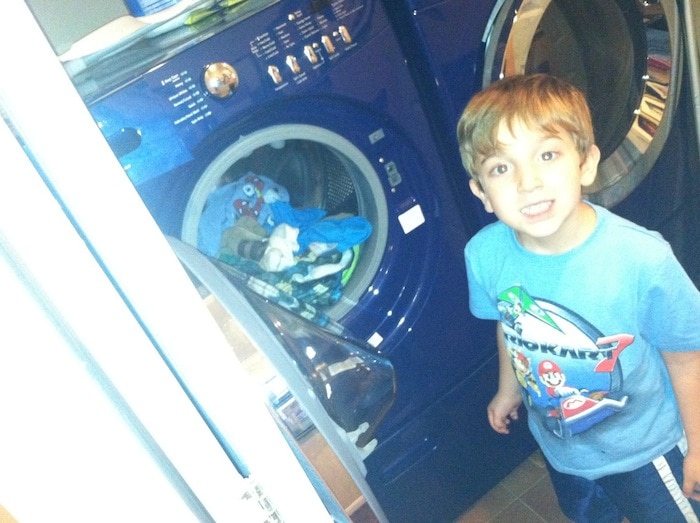 Liam even did his laundry without me prompting. He isn’t allowed to touch the detergent and he knows that. He just has to put the clothes into the washer. I am SO HAPPY. I am also so happy that I didn’t try to MAKE the chore chart because it would have NEVER HAPPENED!!! 🙂

The Melissa & Doug Deluxe Magnetic Responsibility Chart is available on Amazon right now for $16 in case you don’t want to go to the store.