My Block Island vacation has finally come to an end and I am so sad about it! I am telling you, folks. We had such an amazing time on this trip. 10 years of marriage under our belt and a lifetime of memories ahead of us. I am so thankful that we chose this location. The island was quaint, close, and filled with precious moments.

Our Block Island vacation lasted four days. I don’t think we needed more than that. Truly! If we had one more day without wifi or television, I think I would have started to twitch. It was JUST RIGHT. Let’s get started with the full break down of every single thing we did.

As soon as we checked in, we headed over to the Southeast Lighthouse. 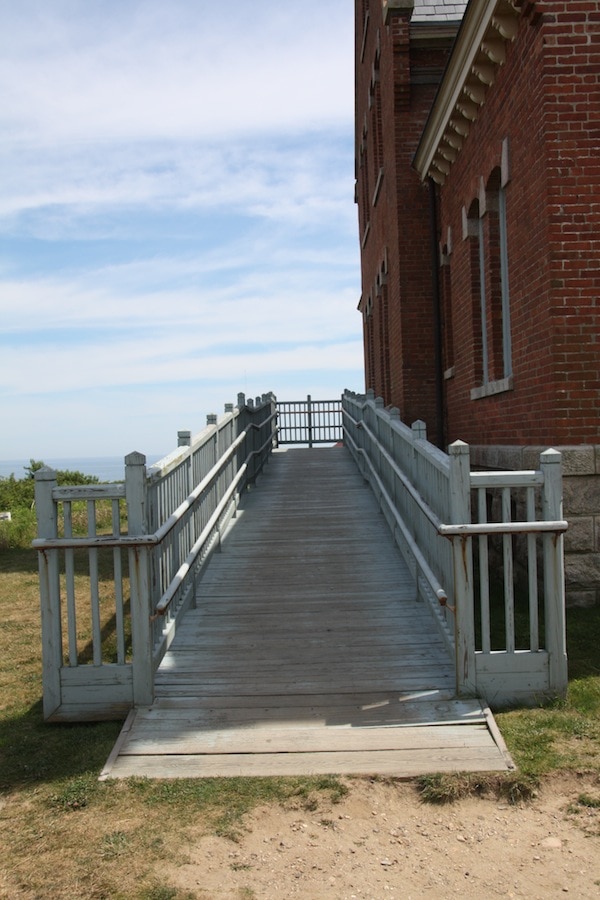 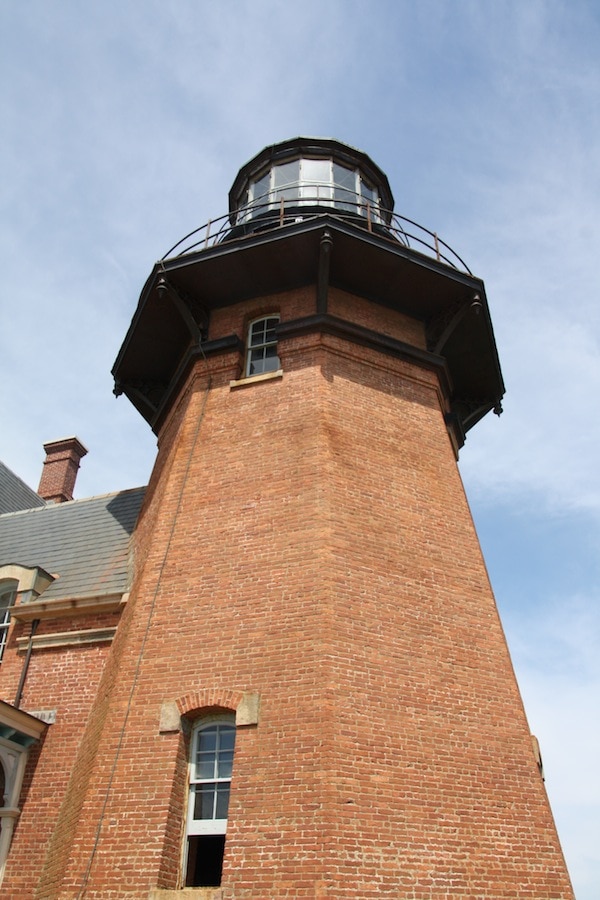 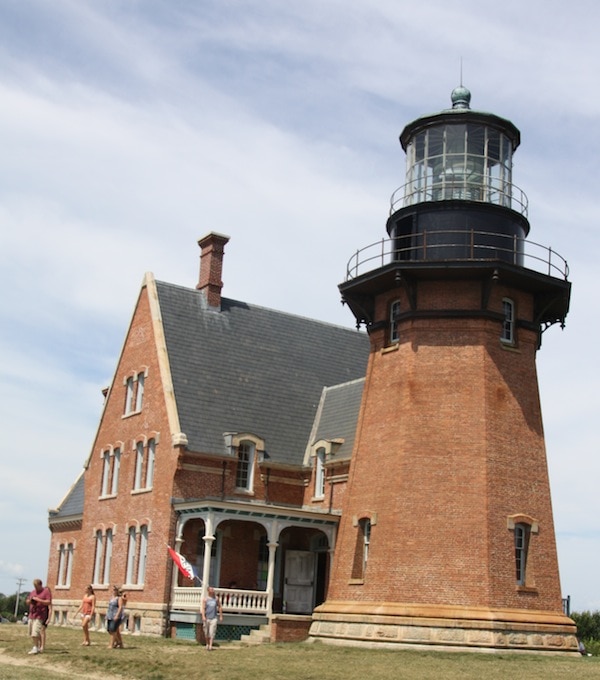 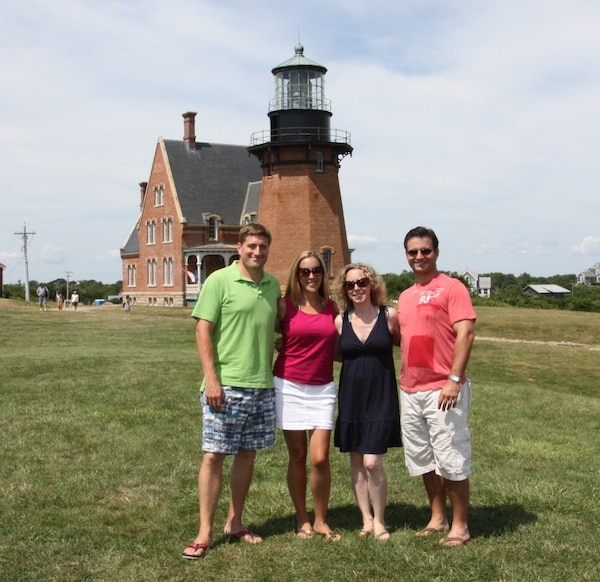 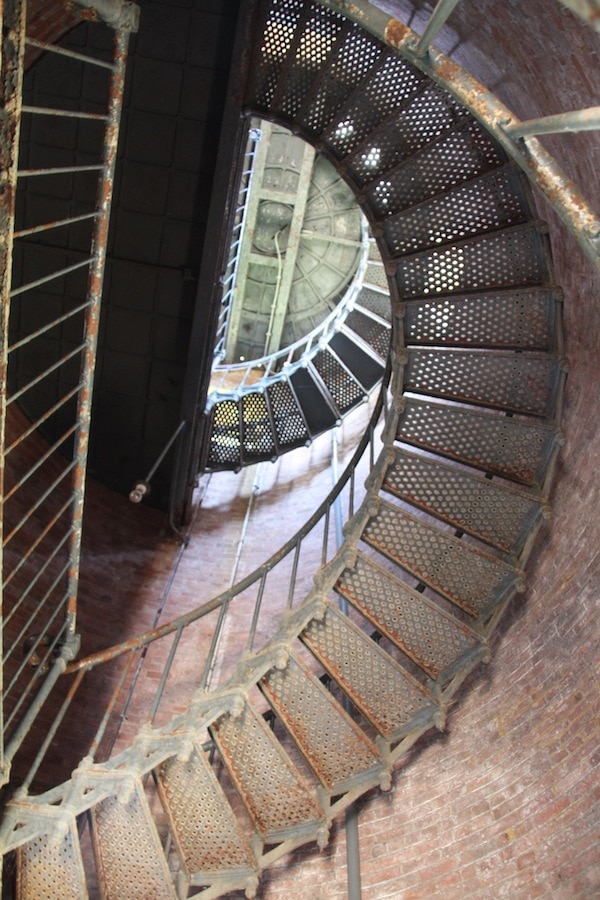 You had to pay to go to the top, and I didn’t feel like coughing up the dough. Instead, we just took pictures around the grounds and the staircase leading to the top. I guess you could say we cheaped out on day one. I’ll own it! 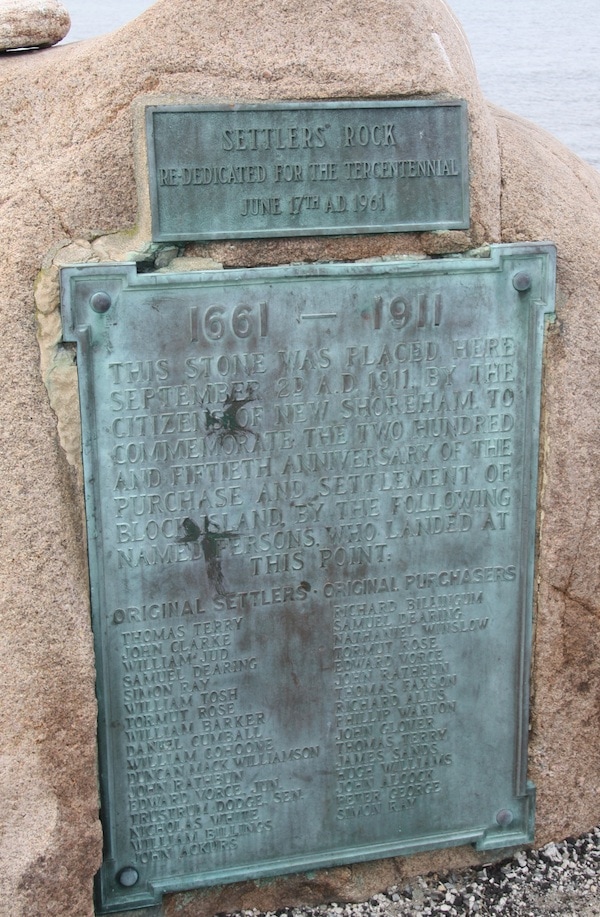 Then we checked out Settler’s Rock. Founded in 1661! Ah-mazing! You don’t have to travel far to travel BACK into history. 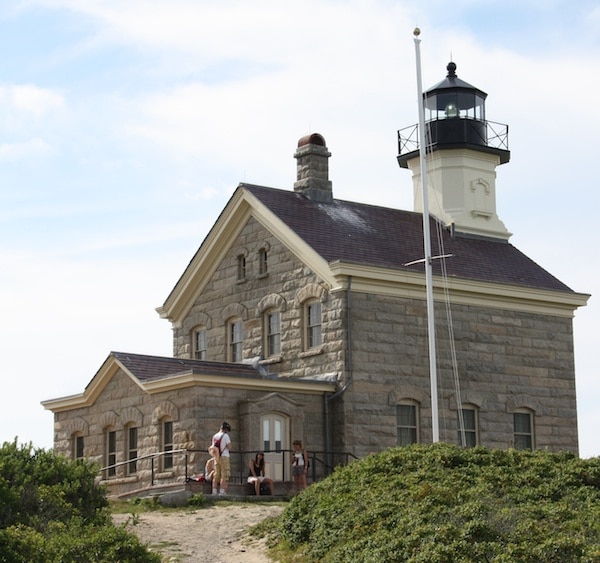 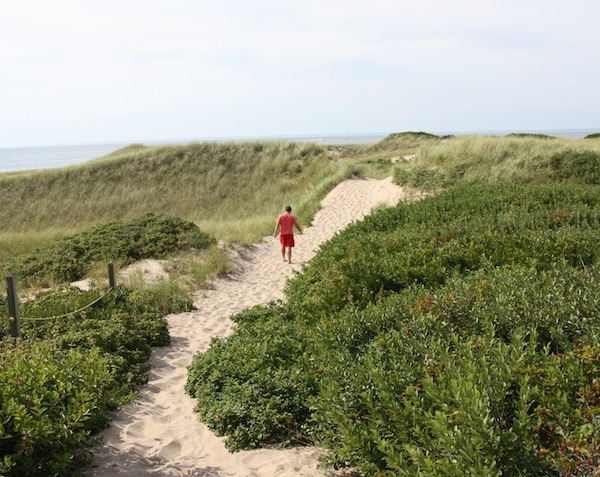 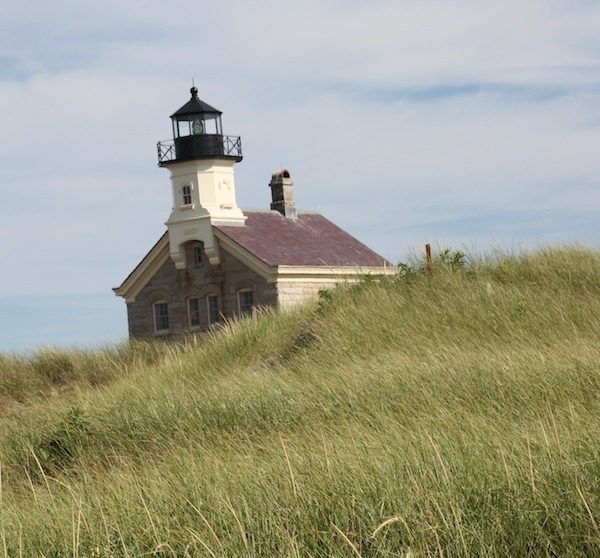 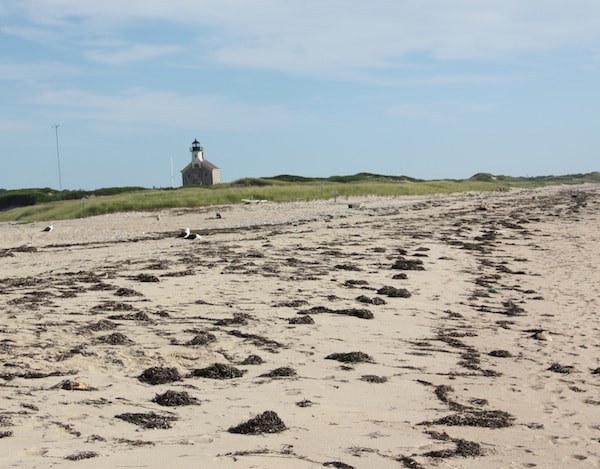 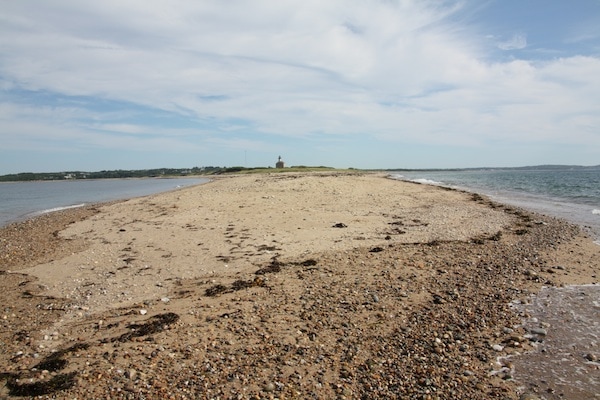 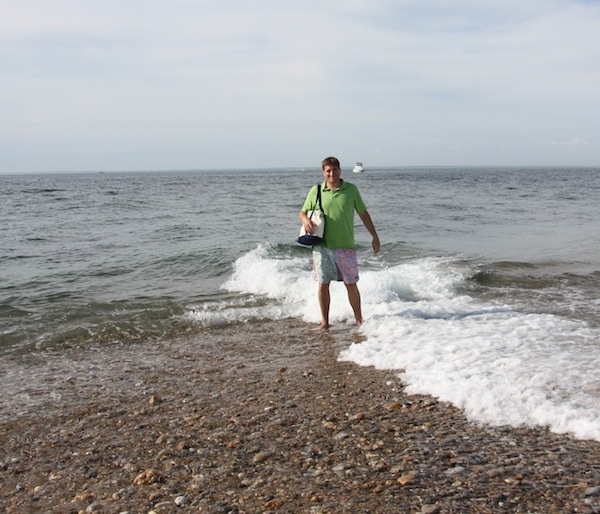 The group then walked on over to the tip of Block Island. They took all these pics while I hung back and… 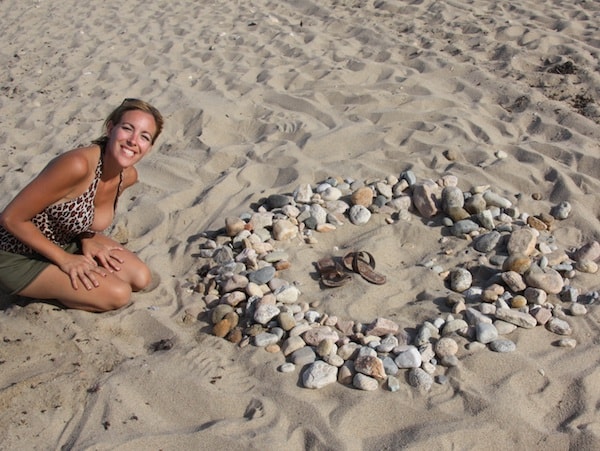 … made my little contribution to the island. I hope someone doesn’t come and ruin my little rock circle. It took me like 1.5 hours to make. NO JOKE! I was sitting on the beach waiting for them to finish their hike and I dug my hands into the sand. I then came across one of these rocks. I dug again and found another and another. This is all from me digging. Yes, that’s how I chose to spend my time during my Block Island vacation. I’m not a hiker.  I totally own it.

Either way, I already made one of those standing rock sculptures the day before, so I thought I’d change things up. 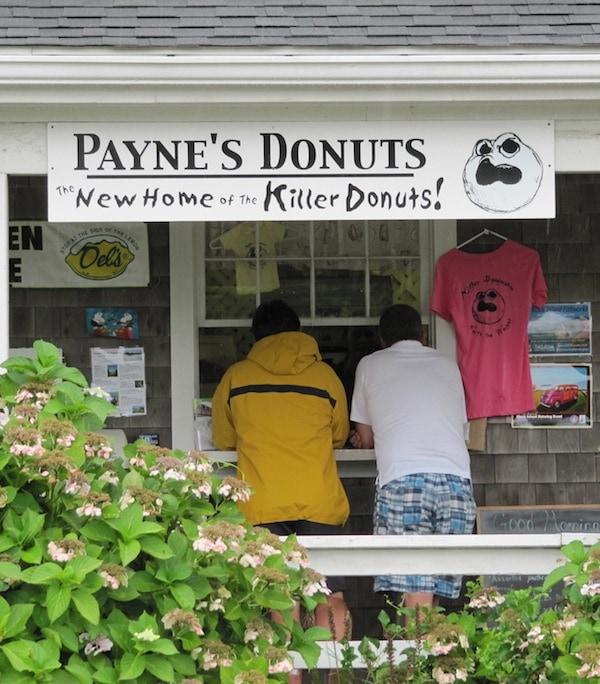 All that hard work earned us some killer donuts from Payne’s Donuts. We seriously had one of these a DAY. No wonder we gained so much weight!! 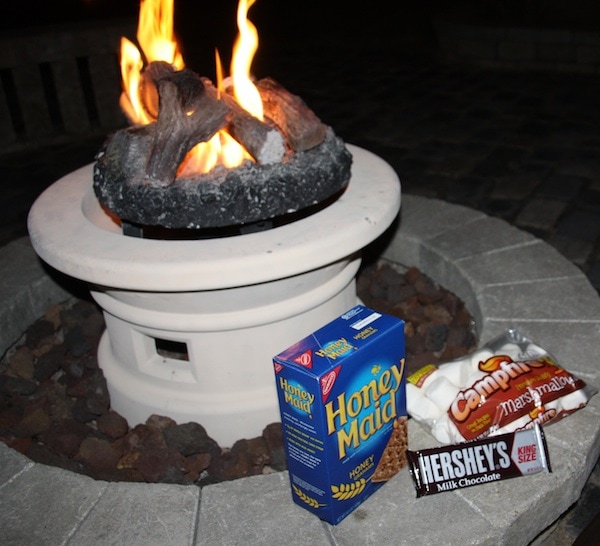 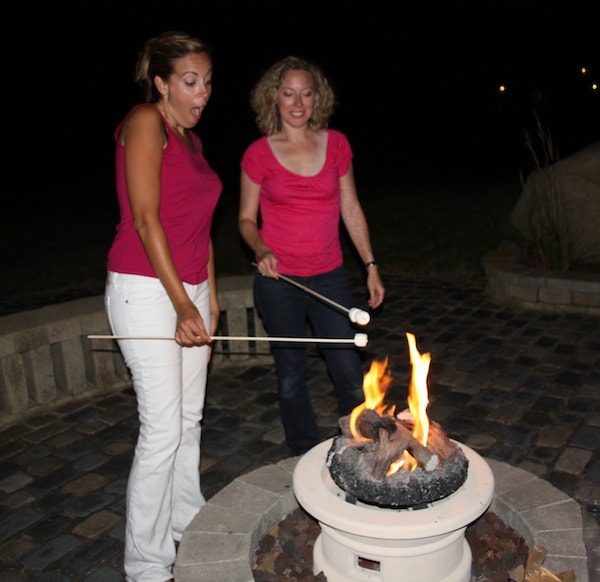 After a nice dinner, we headed back to our rooms and made s’mores. How fun! 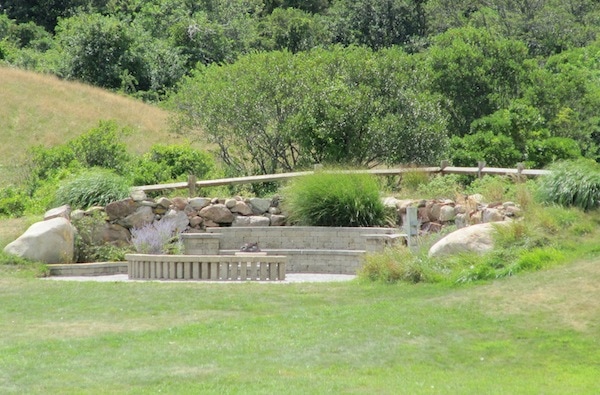 This is what the pit looks like during the day. So beautiful. We met a few couples while out there and had an easy night. 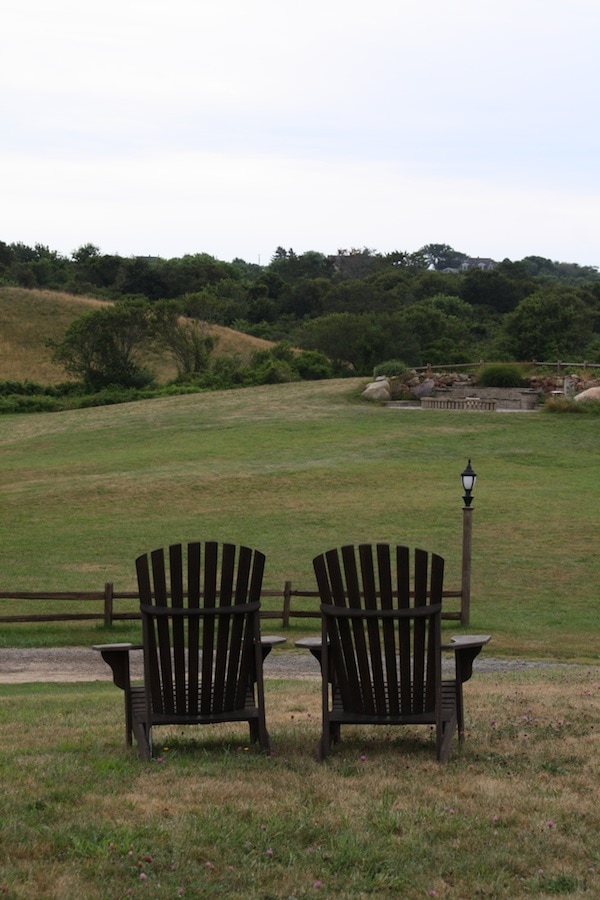 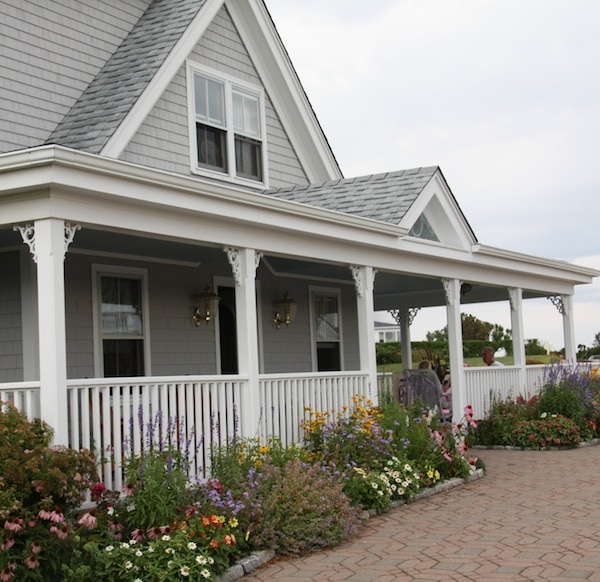 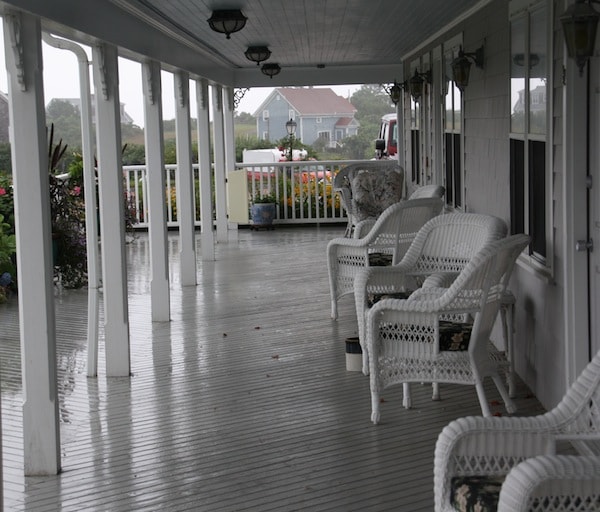 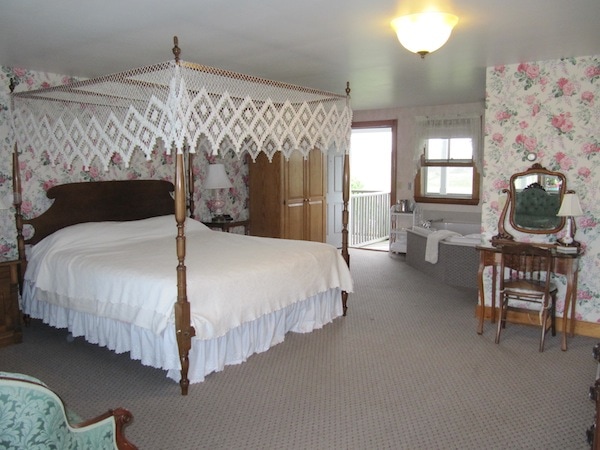 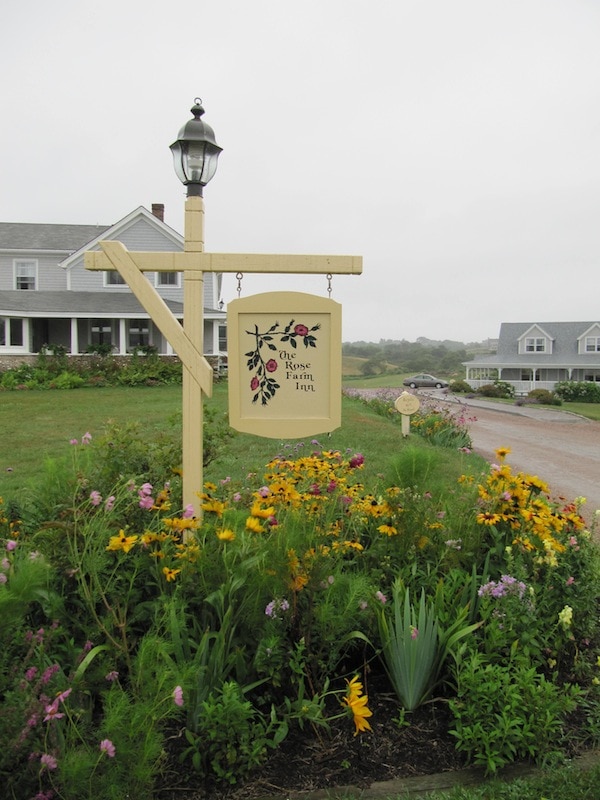 Here’s a little look at where we stayed. It was pricey and they made us have a three-night minimum because we called so early. However, two couples we met called the day before and they were able to secure a one-night minimum. There are enough B&B on the island to not have to worry about being sold out. Your Block Island vacation will have lots of options! I would consider doing the latter to save some $$.

No TV and no phones. But they had Internet (weak signal) and lots to do. You could rent bikes on site, walk to the next B&B to play tennis (we did this), play games, walk the grounds, hang out on your balcony etc. Very relaxing environment. 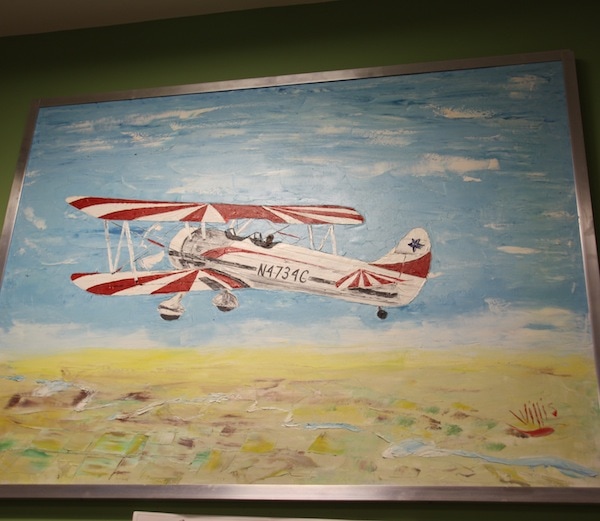 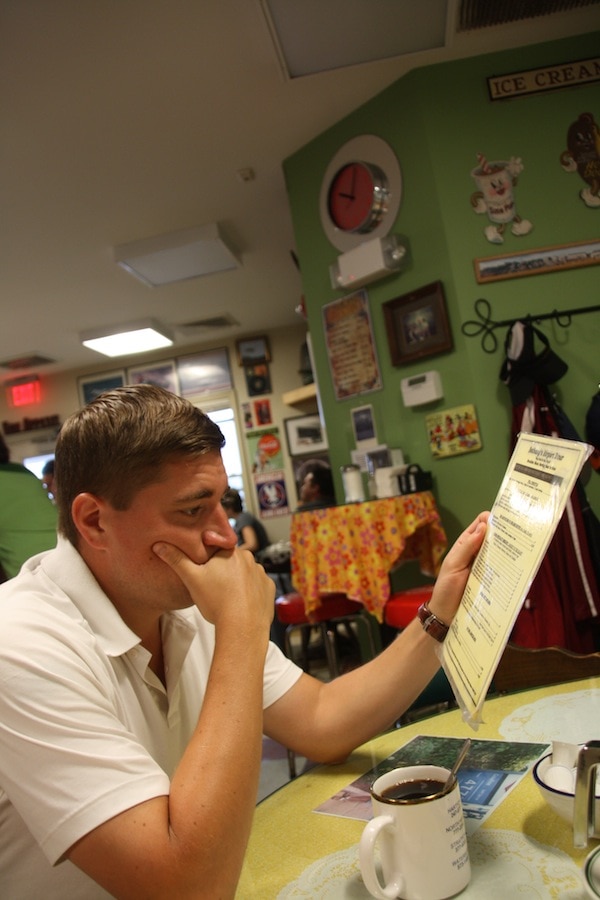 The next morning, we headed over to Bethany’s Airport Diner. LOOK at that pancake! OH MY WORD!! If I knew it was that big I would have shared it! Actually, I am lying. I still would have ordered it by myself. It was the last day of my Block Island vacation. Go big or go home! 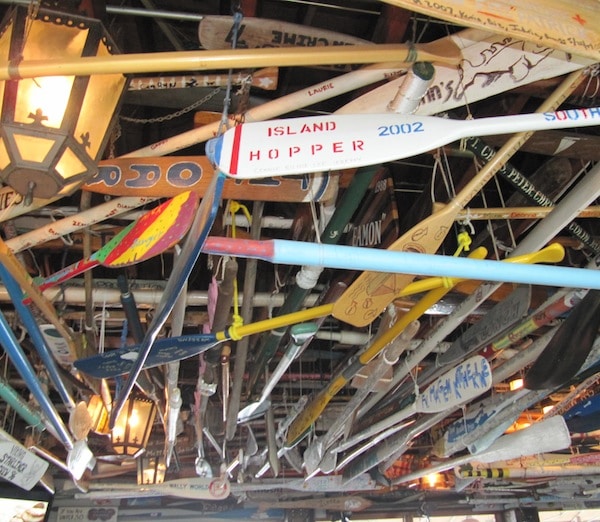 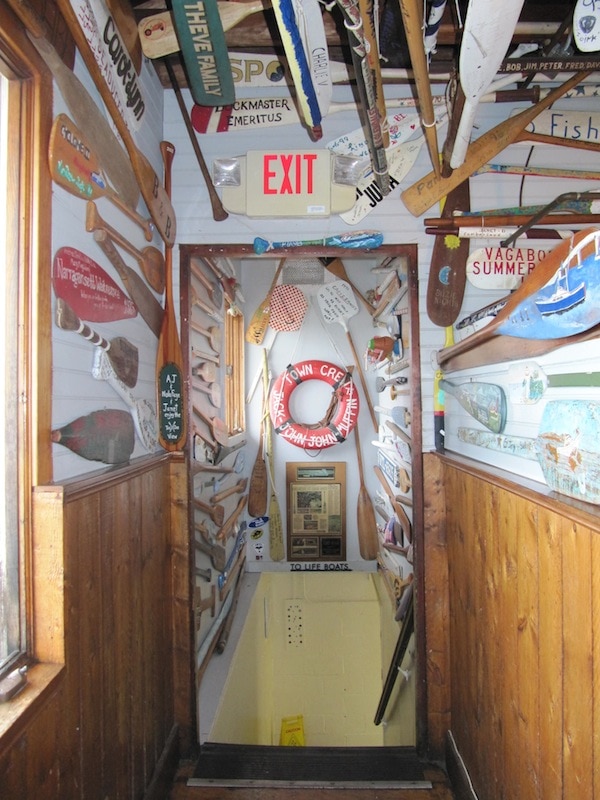 The trip was winding down. So, we headed back to our rooms to pack. Mind you, it was POURING at this point. I’m talking sideways rain. Crazy. We hung out for a few hours inside, because there was nothing else to do in the storm, and then went to OARS which I thought was a lot of fun. 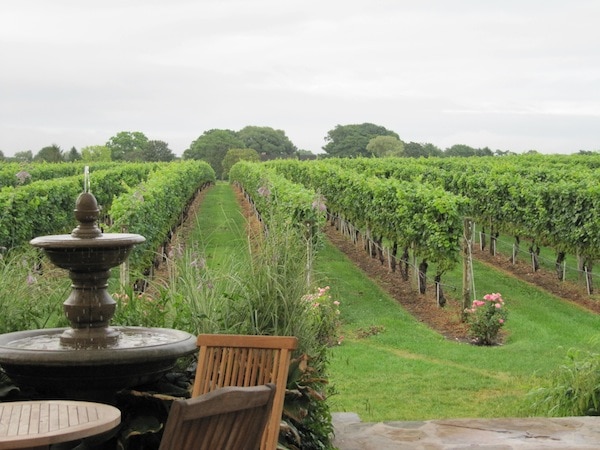 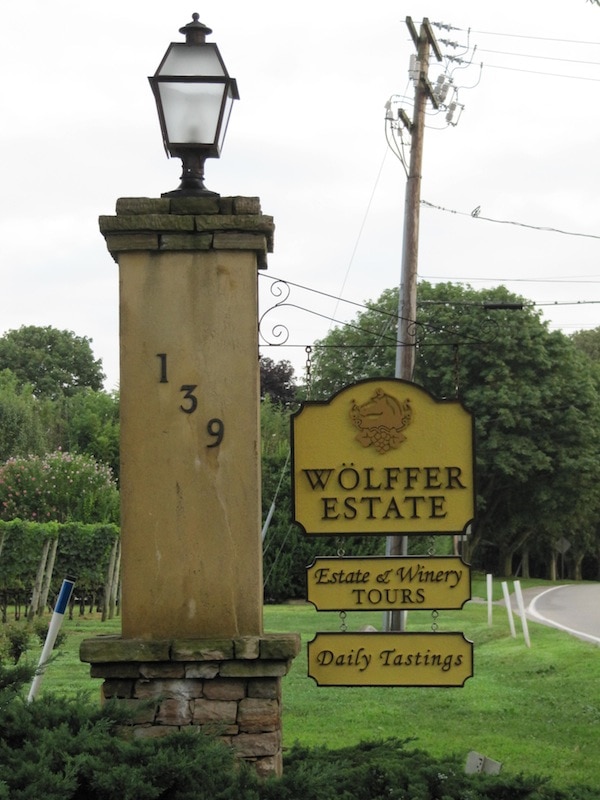 Took the boat back and then headed to my favorite vineyard – Wolffer Estate for some Apple Wine. YUM!

SO, that’s it! Block Island in a nutshell. What do you think? Interested in planning a Block Island vacation of your own? Have you ever been before? Would love to hear! Want more vacation ideas? Check out my travel section!

I"ve never been to a lighthouse (none here in Colorado). Looks like fun. entering for VCA contest

It looks so gorgeous and so relaxing. Glad you guys enjoyed it!

AH - my favorite place to spend time with the family. You must have been there Monday to experience the sideways rain. We were there too enjoying the rain at our cottage watching a movie. We had killer donuts at least 5 of the 7 days we were there and man are they freakin' yummy. Glad you made it out to our neck of the woods and hope you can head back to BI another time when the weather is a little nicer. Did you head to any of the beaches at all? We love the Andy's Way entrance to the salt pond and crescent beach is awesome for boogie boarding and body surfing. The Oar is one of our favorite spots too...great view (when not raining), fun bean bag toss games set up for all and the BEST MUDSLIDES ON THE ISLAND! Check out my post today with my sister and me bickering and bantering with each other while on BI (re. eating clams..) And actually we headed out to The Oar that night for dinner. Welcome back! Cathy

Nice! Now a couple of questions.

1. Is that the 'Boat and Tote' bag from LL Bean that Bill is sporting in Picture #13?

Killer donuts were... Alright. The bag was from Hanes - vineyard vines .