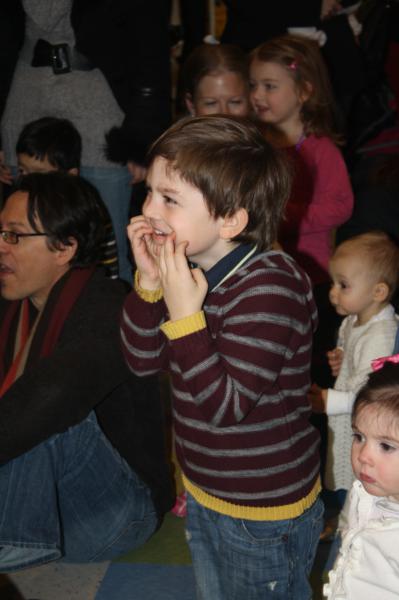 Over the weekend, J&R opened their J&R Jr. section to the public for a fun 2-day Kidstravanganza. J&R Jr. is like a one-stop happy place for parents, where you can find all sorts of things, from strollers and toys, to clothes and music. Some of the biggest names on the kids music scene were on hand to help J&R Jr. celebrate. There was an autograph signing by Kidz Bop, performances by Dan Zanes, Farmer Jason and The Dirty Sock Funtime Band. I took a break from Fashion Week to catch The Dirty Sock Funtime Band show and it was rockin’! 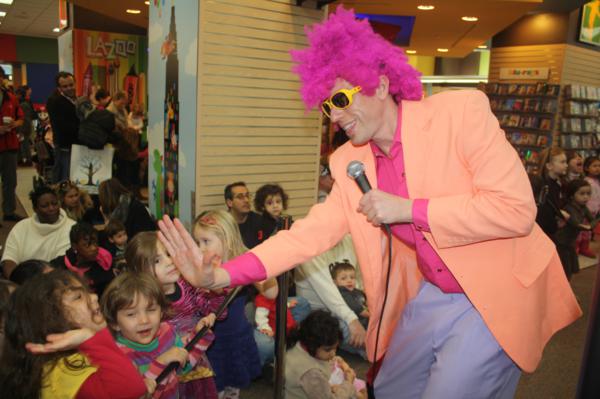 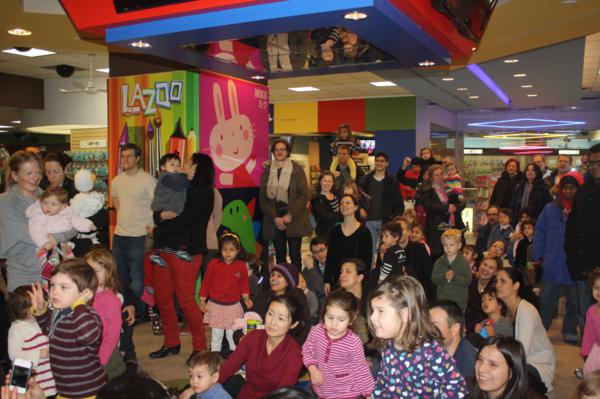 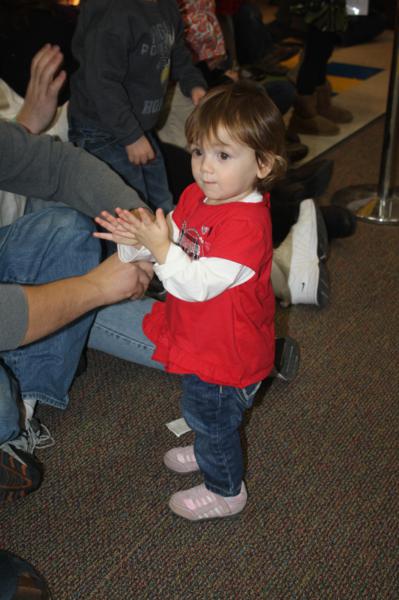 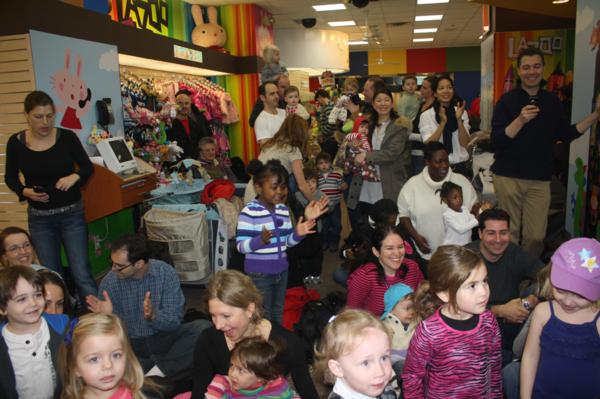 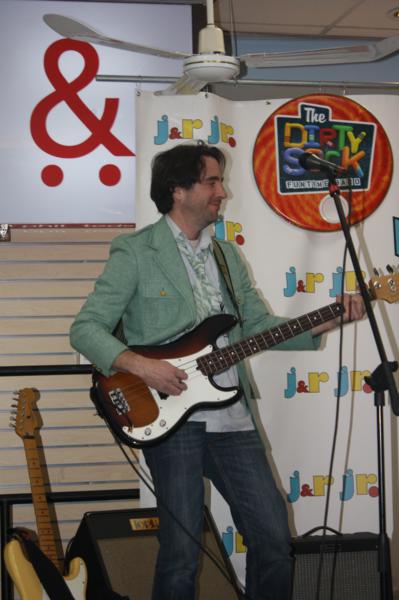 The Dirty Sock Funtime Band is a kids rock band, based here in NY. Their music is a mix of straight up rock-n-roll and catchy dance tunes that make me dance in my chair every single time. They sing about kid-worthy stuff like baby spies, dinosaurs, parties and other such deeply philosophical matters. Their music never fails to get kids on their feet, dancing. I should add a disclaimer that I’ve been a groupie since I attended their first concert a couple years ago. There’s Annie, the hype girl with a ridiculous amount of dancing energy, and Steven, the guitarist and vocalist. Billy Z is another talented guitarist. Seannie D brings it home on the drums. Adam is the pink-haired Mr. Clown. And last, but definitely not least, is Mike, the lead singer who does not get through one performance without jumping off the stage. At least twice. The performance over the weekend was incredible! My favorite part was when they yelled, “And you make noise to share!!” and the kids went crazy yelling at the top of their lungs. 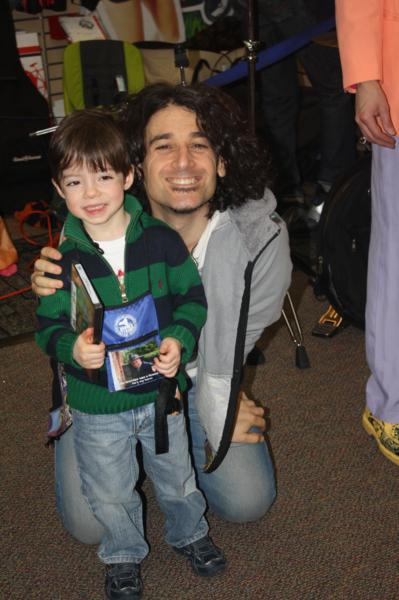 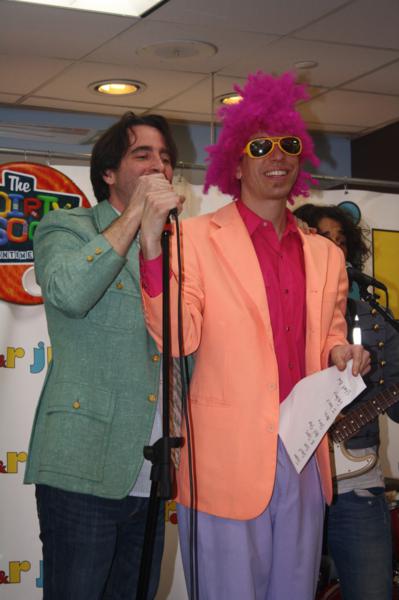 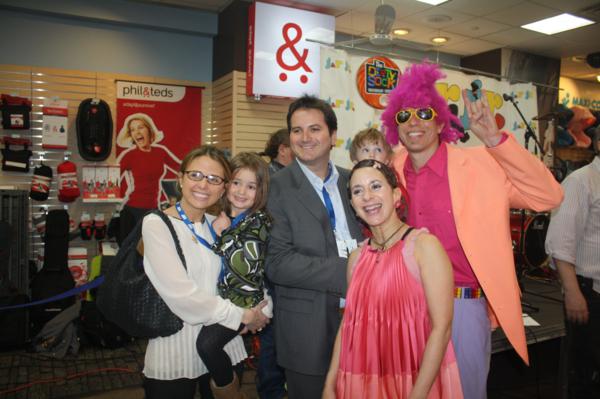 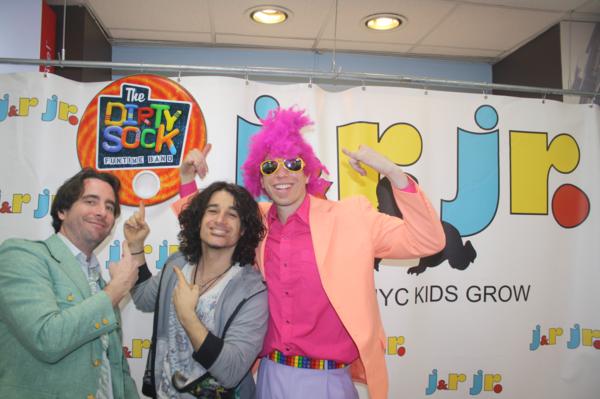 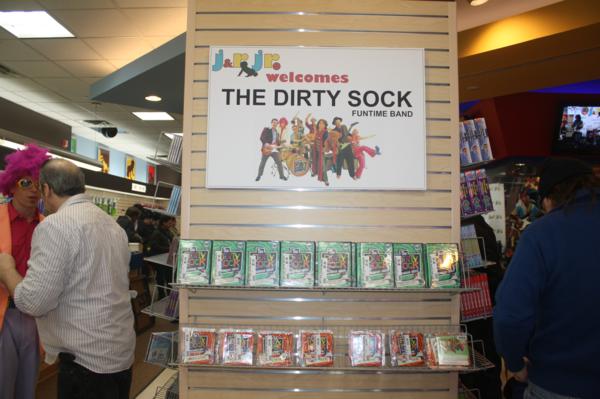 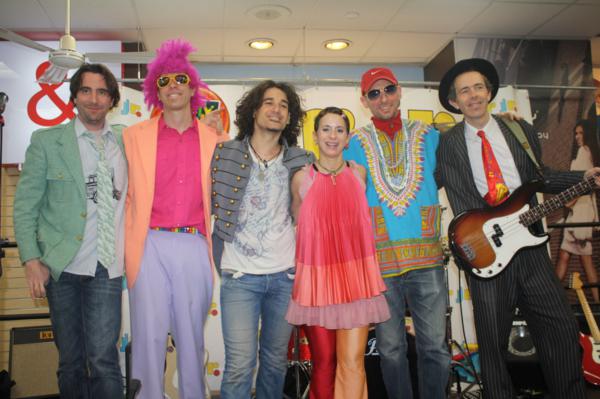 If you’re in the area, be sure to stop by the new J&R Jr. on the second floor of the computer section. For more information on The Dirty Sock Funtime Band, go to www.dirtysockfuntimeband.com.