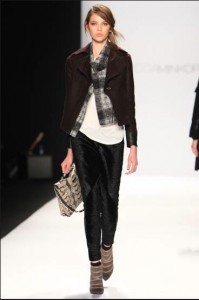 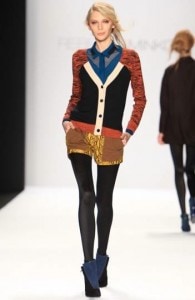 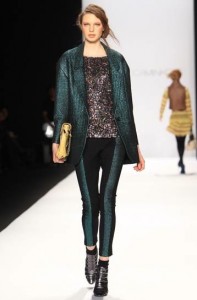 When Rebecca Minkoff kicked off her Fall 2012 collection yesterday at Lincoln Center, she didn’t just bring her gorgeous and wearable line- she made the runway rock. The audience was stunned as the show began with the musical performance of rapper Theophilus London with two electric guitarists as they performed “I Stand Alone”. It set the perfect vibe as the real excitement began- the models strutted some of the hottest designs of season down the runway. 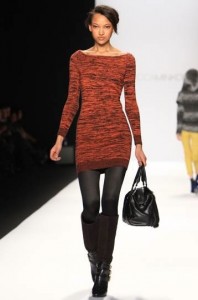 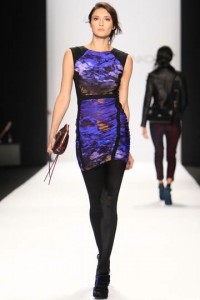 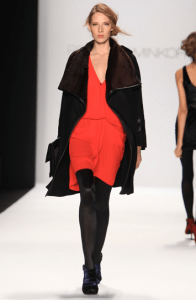 The entire collection struck as wearable for the confident and independent woman. Minkoff described the collection herself as “fearless and unfettered”. Minkoff’s line exhibited a wide variety of fall colors and earth tones including coppers, golds, greys, blues, purples, and black. Many designs were intricate sporting several layers while others were stylish in their simplicity but definitely not plain. Dresses and mini skirts with tights boasted the figure, while oversized coats gave a hint of boho chic glam. The attire was also versatile, bringing on the occasional glitter and sequins. As for the hair, the loose, messy side part up-do lent itself well to the perfectly executed but seemingly effortless collection.

Sometimes I see a collection that I admire but know I could never wear myself. Rebecca Minkoff’s line was totally my style and made for the real woman who loves fashion and loves herself. I’m not the only one who feels this way- some celebrities at the show that were also in awe included Abigail Breslin (photo of the two of us below- by the way, I’ve looked better, eep!), Nikki Reed, Kristen Chenoweth, J. Alexander, and Beverly Johnson. Check out everything that is Rebecca Minkoff at www.rebeccaminkoff.com. 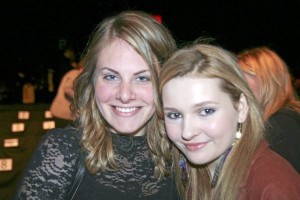