Hey, Disney fans! Are you gearing up for the holiday season? Getting ready to start shopping for your family and friends? Whether you are celebrating Christmas, Hannukah or Kwanzaa, tis’ the season to start looking for great gift ideas for less. I know that my children also love Disney themed presents. In fact, they are probably their favorite kind! Today, I am sharing my top Disney holiday gift picks with you in case you just don’t know where to start. If you were looking for a 2018 Disney holiday gift guide – you found one!! It’s filled with all of your favorite characters and more. 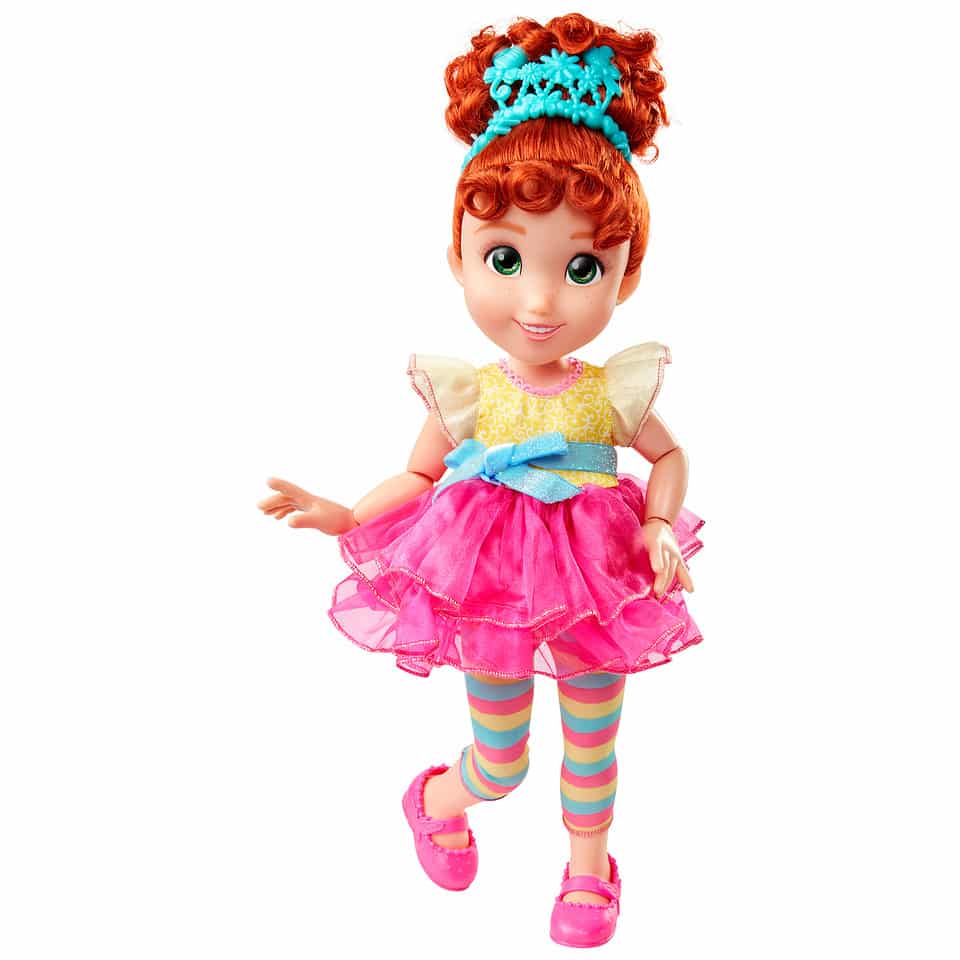 My Friend Fancy Nancy: My Friend Fancy Nancy Doll is dressed in her signature classique outfit of fancy dress, leggings, party shoes and tiara. At 18″ tall and multiple points of articulation in arms and legs, Nancy is ready for any adventure your imagination creates. Being friends with Nancy is simply the best – because no one does fancy quite like Nancy! 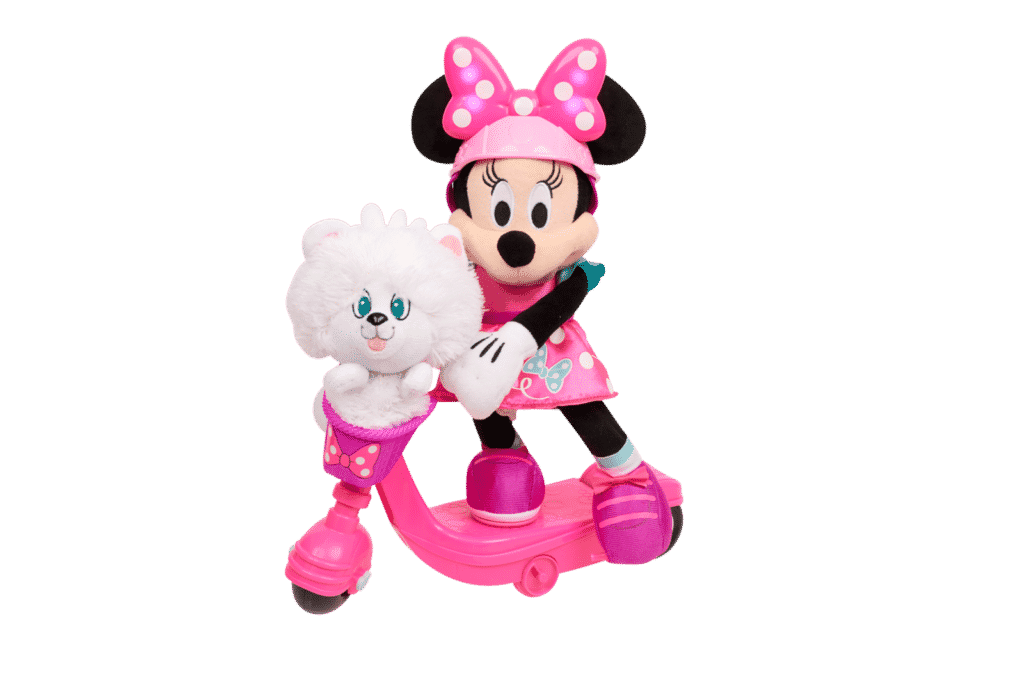 Sing & Spin Scooter Minnie: Inspired by the hit Disney Junior series, Minnie’s Happy Helpers, Minnie Mouse is on the go with the new Sing & Spin Scooter Minnie Plush! Tap Minnie’s signature bow and she will sing a catchy upbeat song while she scoots, twists and rides her way to Happy Helper missions! Tap Minnie’s bow to watch it light up as she does wheelies and 360° spins! Minnie’s pal, the sweet pooch Snowpuff, comes along for the ride too! Kids can remove Snowpuff from the basket and take her along on all their adventures! 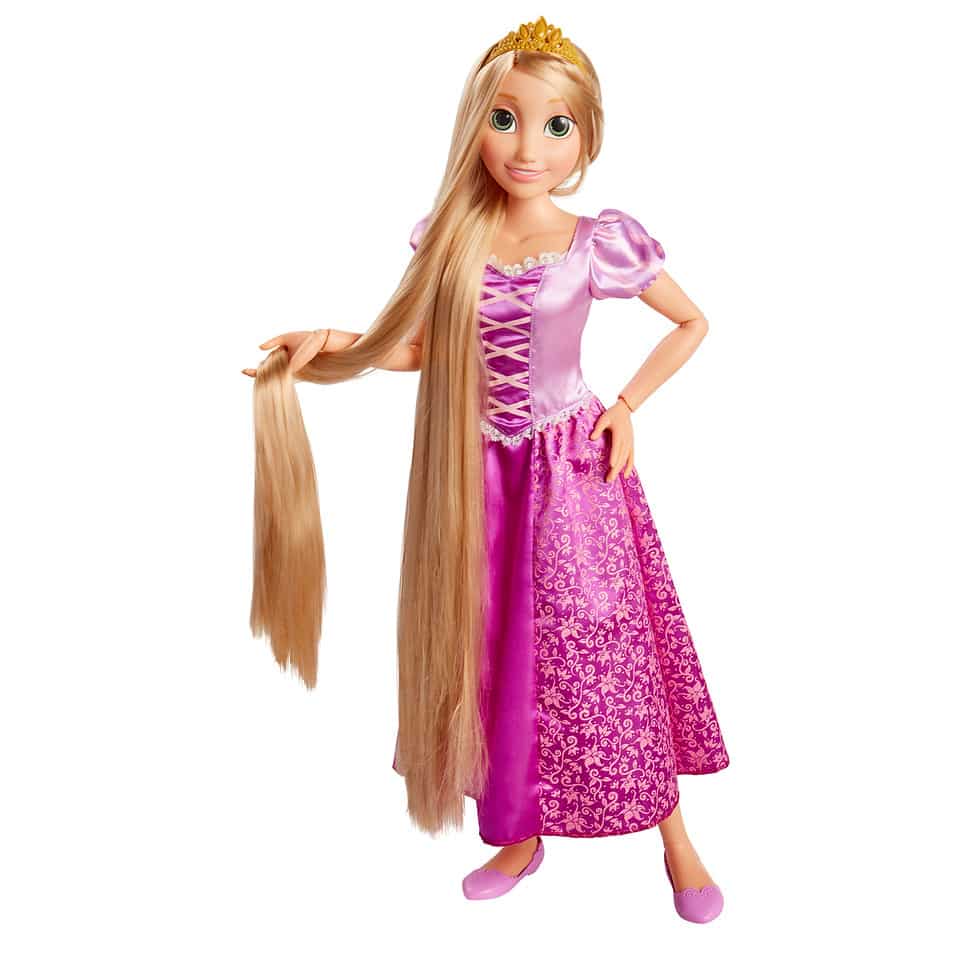 Playdate Rapunzel Doll: Have the best day ever with Playdate Rapunzel! Inspired by Disney’s Tangled, Playdate Rapunzel is ready to be your best friend forever. Rapunzel is 32” tall and fully articulated at the neck, shoulders, elbows, wrists, hips and knees, making her perfectly poseable for any adventure! Use the brush to style Rapunzel’s long golden locks. She’s also dressed in her movie-inspired purple dress and comes with shoes and a tiara. For even more fun, Playdate Rapunzel is the perfect compliment to Playdate Maximus! 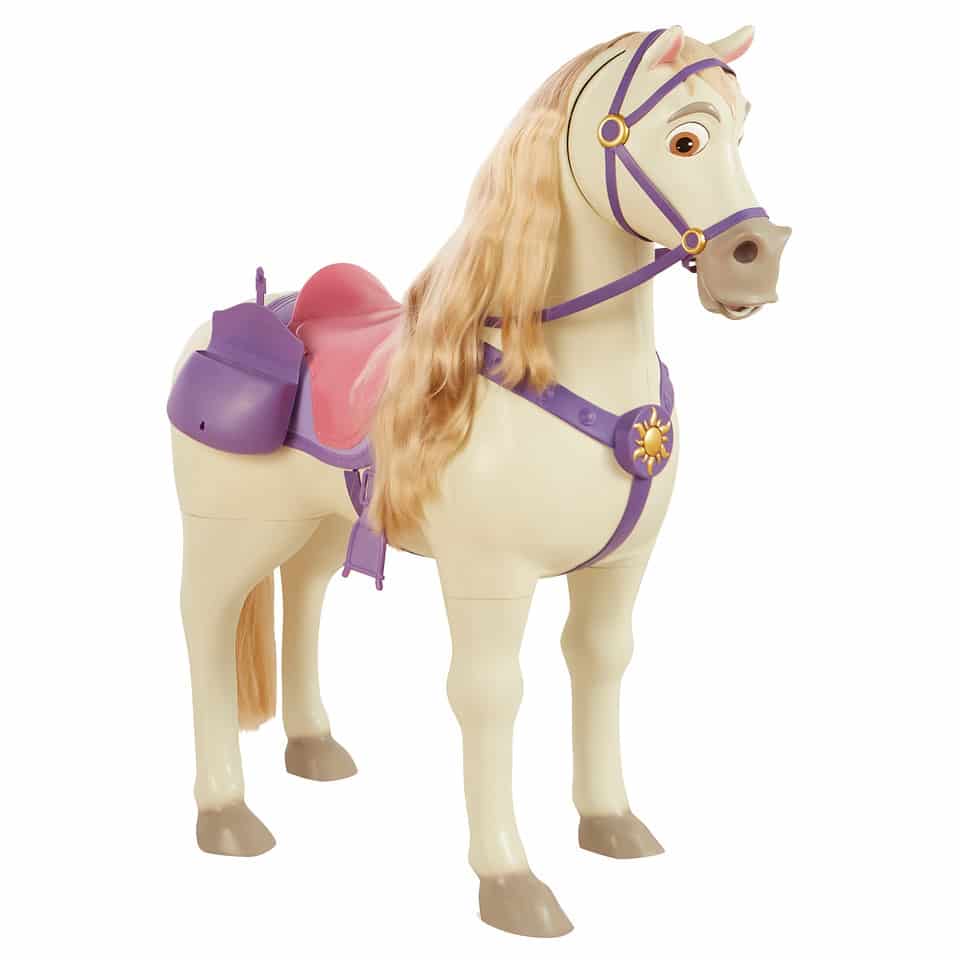 Disney’s Tangled: My Size Maximus: Disney’s Rapunzel: Maximus is Rapunzel’s loyal friend. Maximus stands over 2-feet tall and is the perfect companion for any child or the Playdate Rapunzel doll. Children up to 150lbs will love to sit on Maximus and play out lots of adventures with all of his features. Maximus makes neighing and trotting sounds and his head can move up and down when his reigns are pulled. He can also hold his apple in his mouth and make “chomping” noises. Maximus comes with a hair brush and hair accessories to decorate his beautiful mane and tail for ultimate hair play. 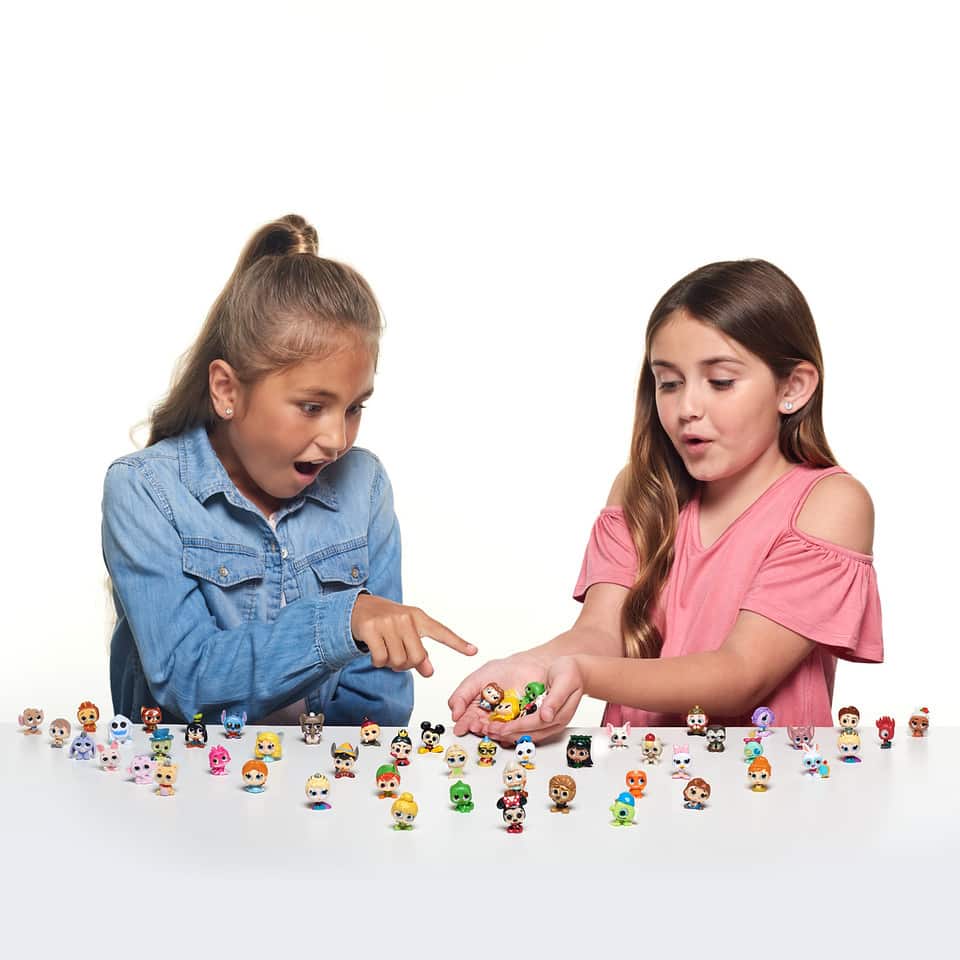 Disney Doorables: Through a collection of figures and connectable playsets, Disney Doorables empowers kids to become storytellers by uniting beloved Disney characters in one land – where surprise and delight await behind each door. 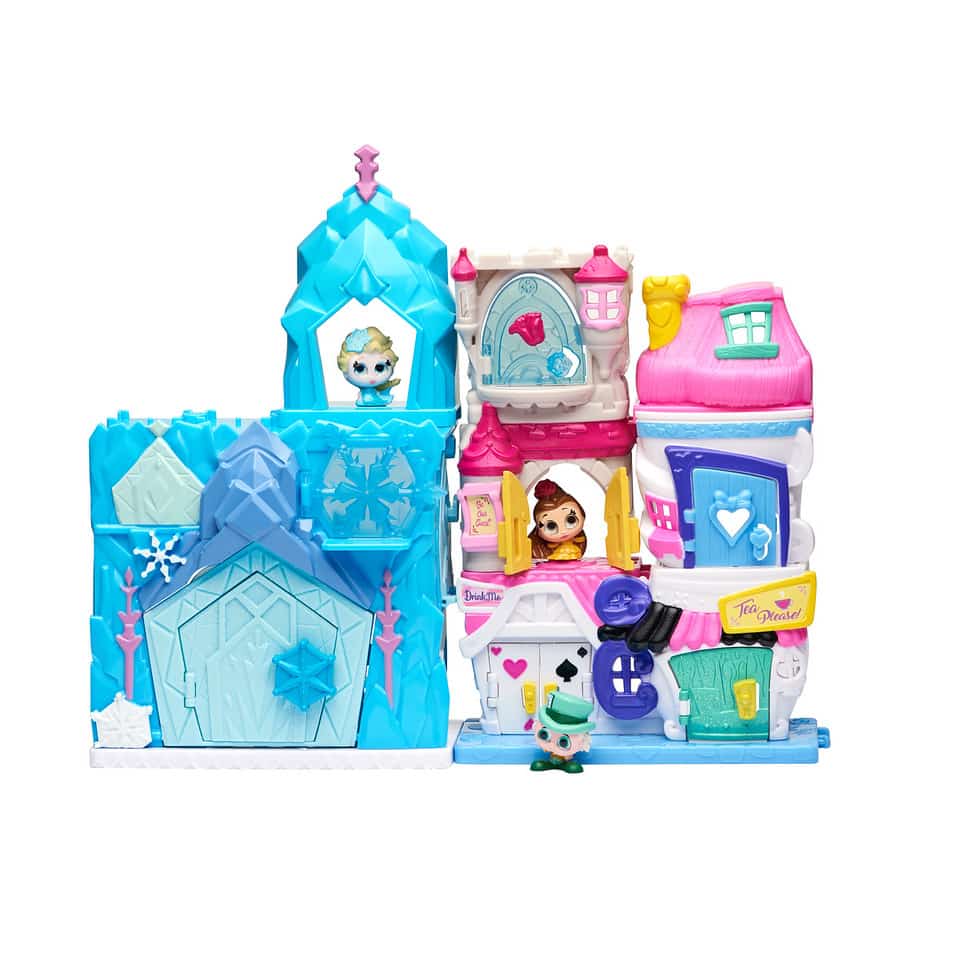 Disney Doorables Deluxe Playset: Through a collection of figures and connectable playsets, Disney Doorables empowers kids to become storytellers by uniting beloved Disney characters in one land – where surprise and delight await behind each door. 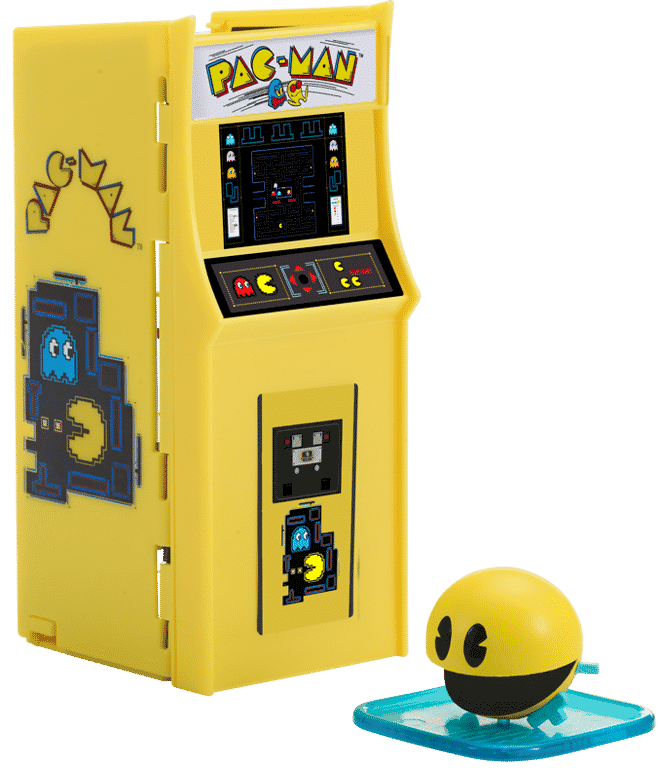 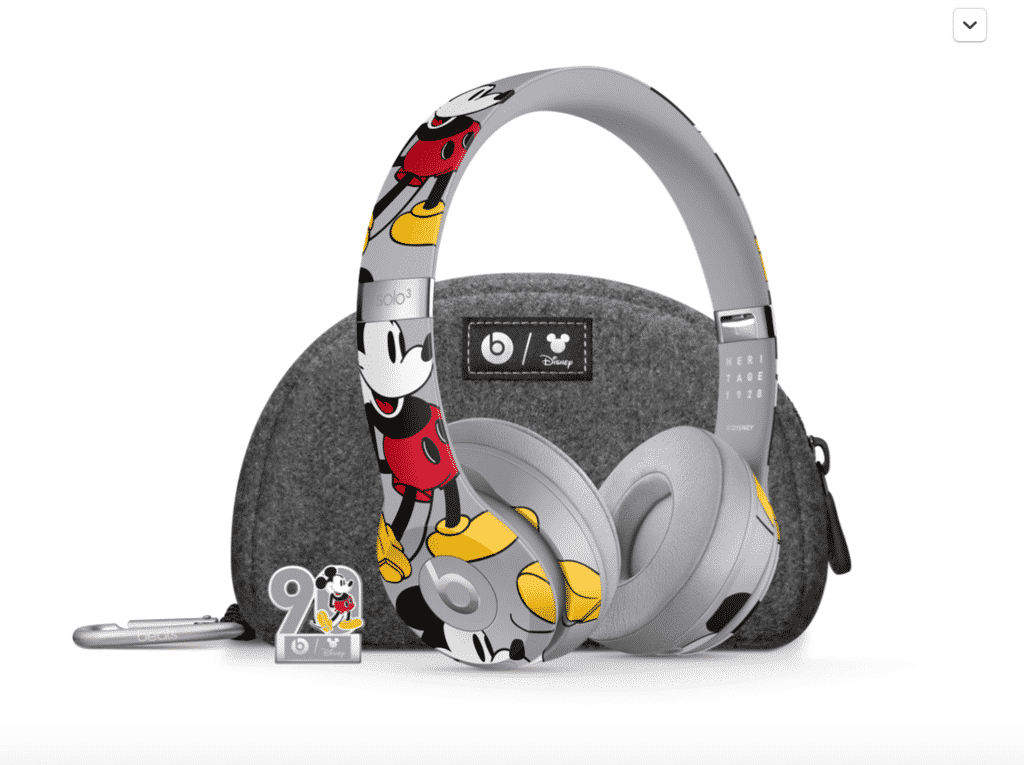 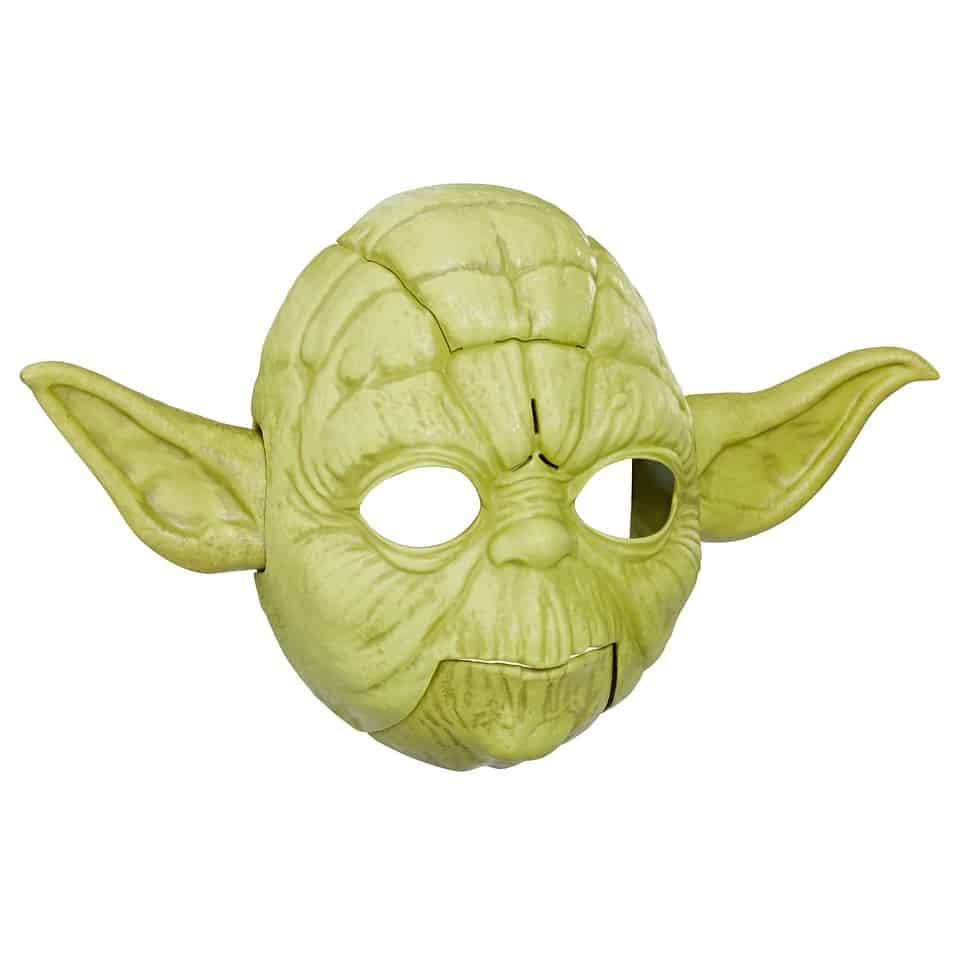 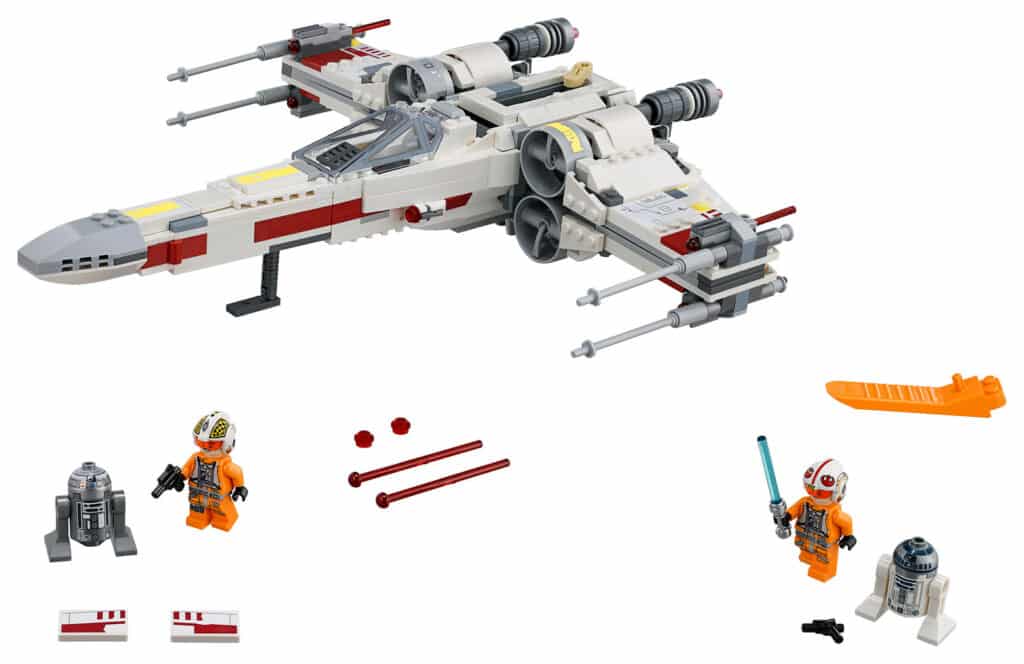 Luke’s X-Wing (75218):  Fly into action with the amazing LEGO Star Wars 75218 X-Wing Starfighter! Leap Luke Skywalker into the cockpit and load R2-D2 into position behind. Lift the landing gear and zoom into outer space. Push the lever to put the wings into attack mode and fire the stud shooters and spring-loaded shooters! You can even change the tiles to transform Luke’s Red Five into Biggs Darklighter’s Red Three X-wing! 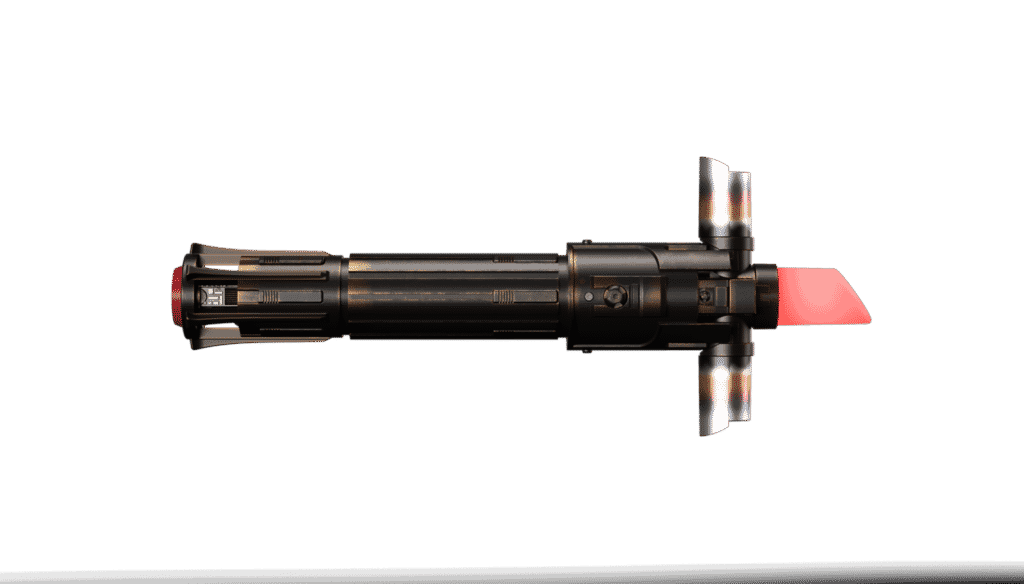 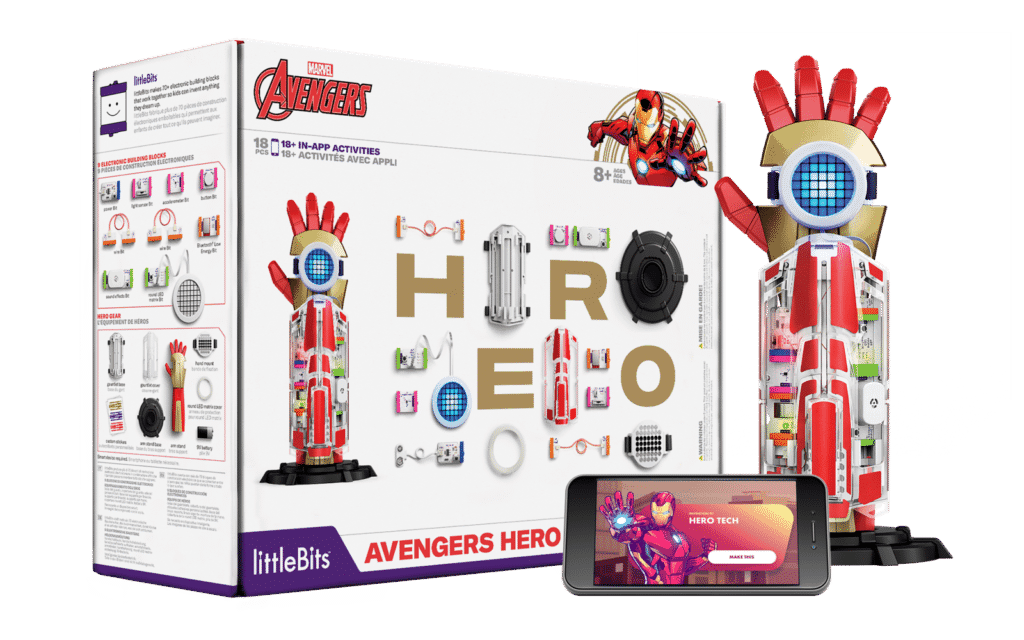 Avengers Hero Inventor Kit: With Iron Man as your guide, create and customize your own hero gear. CREATE: Build your own high tech hero gauntlet with Iron Man. PLAY: Step into your hero training. Code new powers. Use your smart device to control your abilities. INVENT: Join the Avengers team and use your creativity to design your own hero identity and gear to match. (This is a top Disney Holiday Gift Guide 2018 pick!!) 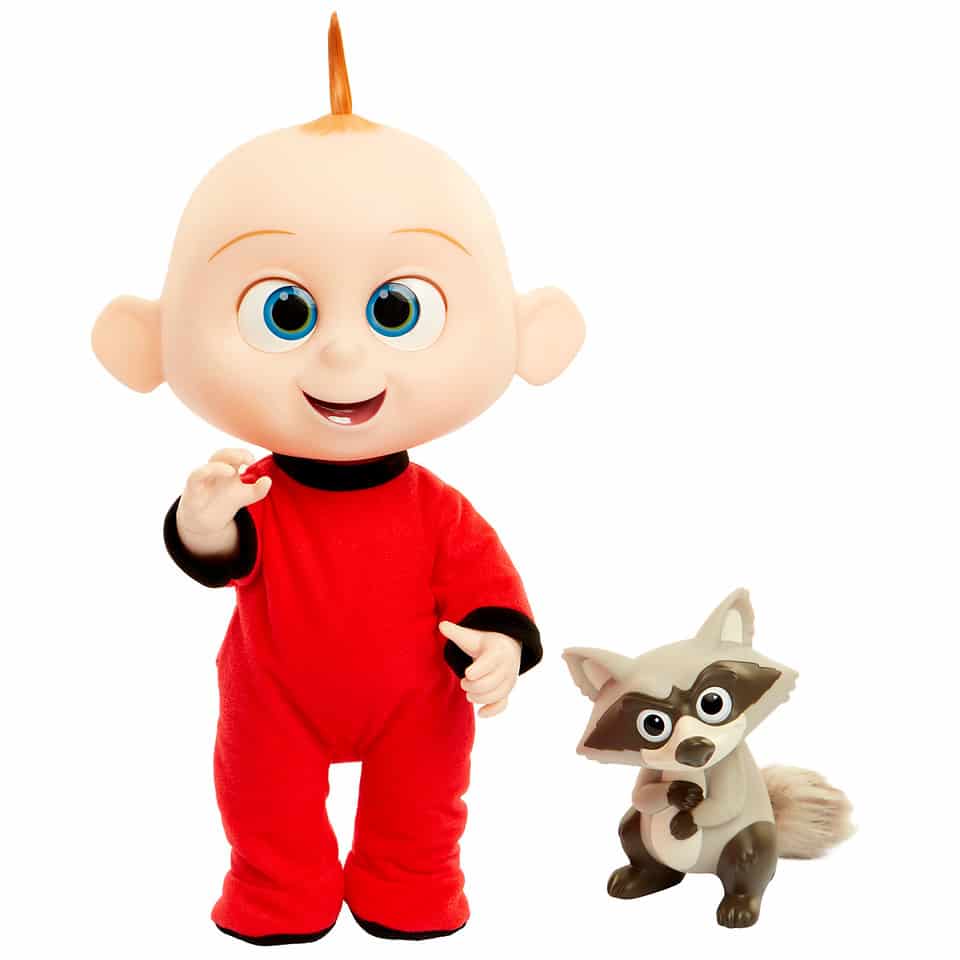 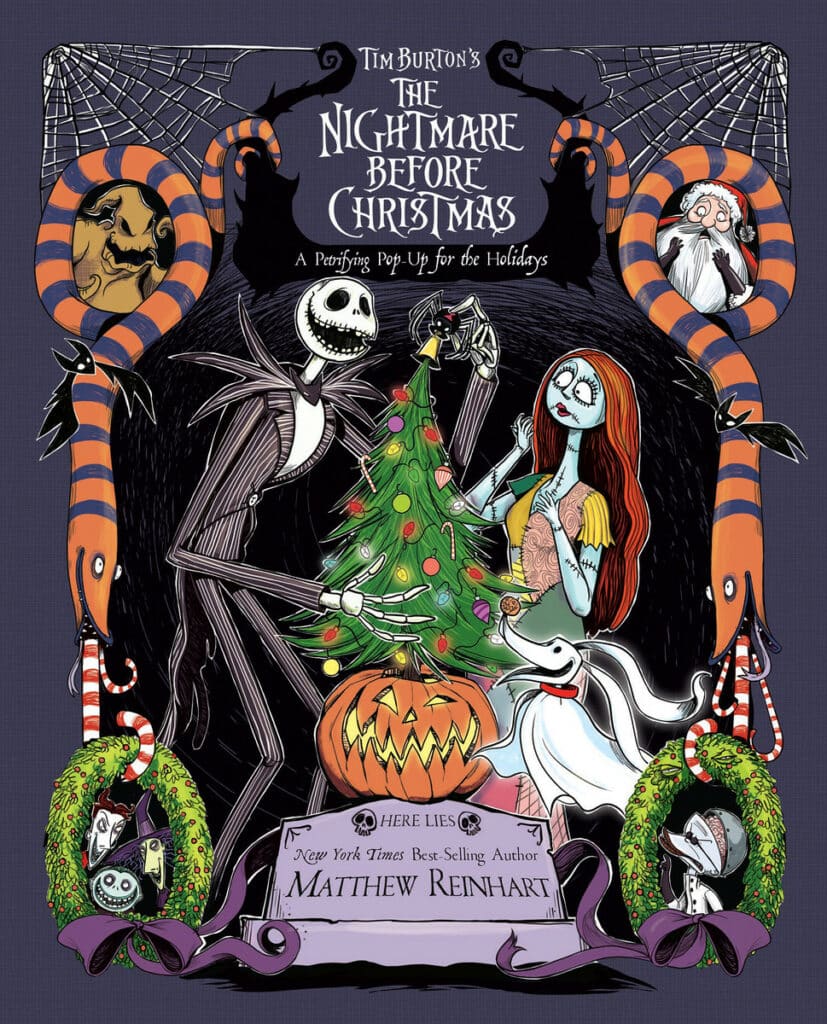 Tim Burton’s The Nightmare Before Christmas: A Petrifying Pop-Up For the Holidays:  Experience Tim Burton’s iconic film like never before with this nightmarish pop-up of monstrous proportions! From the renowned paper engineer Matthew Reinhart comes a mind-blowing retelling of this classic story in gravity-defying pop-up artwork on every page. A celebration marking the twenty-fifth anniversary of the groundbreaking movie, this is the perfect item for avid The Nightmare Before Christmas fans, holiday ghouls, and undead merrymakers alike. (This is also a top Disney Holiday Gift Guide 2018 pick!!) 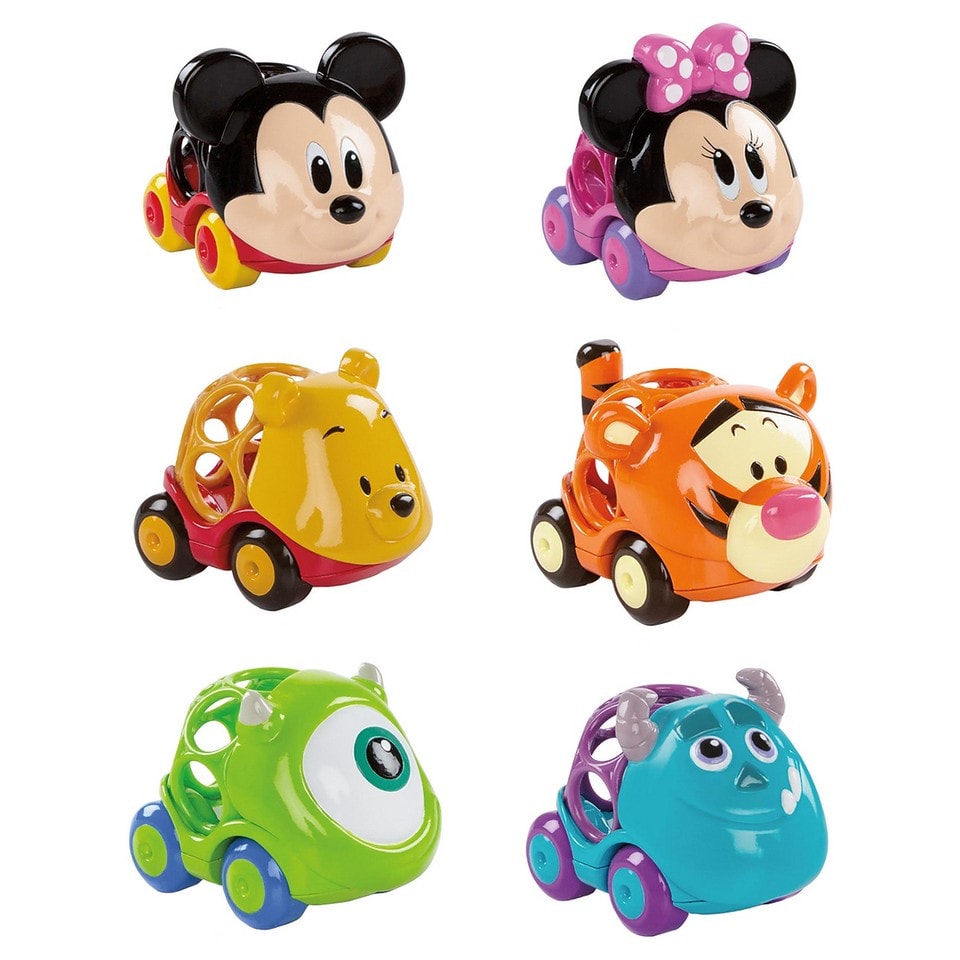 Disney Baby Go Grippers Vehicles: Get the laughter and imagination rolling with the Disney Baby Go Grippers™ Vehicles from Oball™. The cars feature the signature Oball™ design that makes it more fun to pick up and easy for even the youngest, most inexperienced fingers to grasp. And don’t let these cute cars fool you – these easy-to-grip cars are rugged and virtually indestructible. Characters include Mickey & Minnie Mouse, Mike & Sully, and Pooh & Tigger.

What do you think? Do you have anyone on your list that would love any of these toys? Let me know which are your favorite picks! Hope you enjoyed my 2018 Disney Holiday Gift Guide!! Check back often because if I see anything new, I will add it to the list. In the meantime, my family and I are so busy cooking fun dishes from the Tasty Cookbook for kids. Check it out!